Junior high me was a lonely, romantic sap. A lot of girls can probably relate- reading romance novels and fantasizing about what falling in love must be like was the way we spent our class-time, when we should have been studying the themes of Shakespeare’s MacBeth or listening to our teachers lecture on Spanish transitive verbs.

In sixth grade, driven mad by the prominence of middle-school “dating” and desperately longing for any sort of romantic feelings, I downloaded an anime dating simulation app called Shall We Date?: Ninja Love that allowed its reader to roleplay as a young woman who finds out she is the princess of a clan of ninjas, who must now protect her from a shadowy new threat of  late Sengoku period-imperialism. Her chosen ninja then slowly falls in love with her over the course of a few hours of play. I loved that sim, and the feeling of even a make-believe romance. My first ninja lover was Kotaro Fuma, and the ending I wound up getting to was the “unhappy ending”- which of course, only added to my adoration of the game, the bittersweetness leaving me hungry for more. I played each character, but Kotaro was always my favorite. I repeated his story again and again, until I had the plot memorized and all of the hidden endings unlocked. 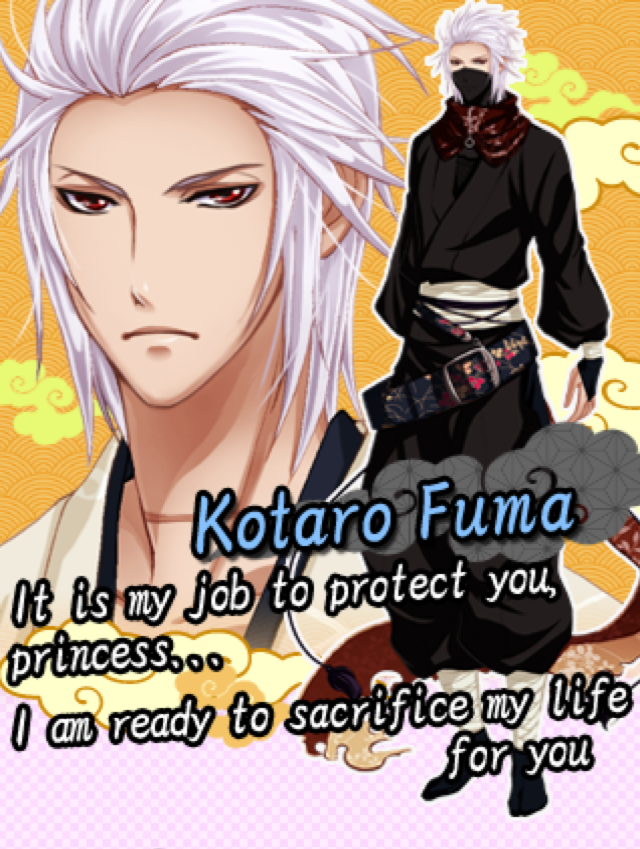 We all love to feel desired, and silly little sims can be a fun, harmless way to enjoy the feeling of being pursued by a lover outside of the confines of reality… or are they? Are “harmless” simulations really be as innocent as they seem? Or could they be feeding into a deeper emptiness God wants to fill?

Before we pick apart this conundrum, let’s talk a little bit about God’s plan for marriage. It is stated in the Bible that sex was created for two people to share between each other and only each other. Physical intimacy, we are told, is a good thing- an earthly (and very exciting) reflection of the intimacy we are meant to share with God. We hear in Genesis 2:24 that when two are joined by such intimacy, they “become one flesh” and therefore the marriage-bed should remain “undefiled” by extramarital affairs. Jesus takes it a step further in Matthew 5:28 when he says, “anyone who looks at a woman with lustful intent has already committed adultery with her in his heart” – furthering the idea that it is not just sex itself, but anything that evokes those feelings deep down, in our hearts and bodies, that is created for marriage.

So, from this we can draw our first conclusion: if dating sims cause you to stumble, cut them out. The Bible is clear about this, stating, “if your eye causes you to stumble, pluck it out. It is better for you to enter the kingdom of God with one eye than to have two eyes and be thrown into hell” in Mark 9:47. Don’t play around with temptation- it’s all fun and games until someone gets trapped by sinful desires and realizes they’ve made mistakes they hadn’t intended on letting happen and they can’t undo.

But what if you’re not sexually tempted by the fantasy world of dating sims? Maybe it’s just a benign, nonsexual romantic feeling you crave. Or, maybe you’ve been single for a very long time and are looking to simulations to help you practice skills you’ll need when you do meet The One. Does the Bible say anything about indulging in those less carnal impulses?

The answer to this question is a little more tricky. There are no verses specifically laying out whether indulging in false romances is as sinful as adultery or even lust. We know He created sex to be shared between spouses, but what about romance? I can hear the questions now: “Does God hate romance, since it’s never mentioned in the Bible?” Of course not. In fact, He LOVES it. And, believe it or not, an entire book of the Bible is dedicated to the stuff. Song of Solomon, wedged in the wisdom books between Ecclesiastes and Isaiah, is littered with romantic little gems from both the husband’s point of view as well as his wife’s. “As a lily among brambles, so is my love among the young women” (2:2) and “I am my beloved’s and my beloved is mine; he grazes among the lilies” (6:3) both display a great deal of that mushy stuff middle school girls adore. Proverbs 31 also spends a great deal of time discussing the qualifications of a good wife, and Ephesians 5:25 states, “Husbands, love your wives, as Christ loved the church and gave himself up for her.” Like sex, God created romance to be special. The image that He gives us of what a Godly courtship looks like is one where everything is of ‘firsts’- two people, discovering the little miracles He has set out for them. What does it feel like to be deeply in love, in a trusting relationship based on commitment and love? Trying to fill the void left by a lack of this type of infatuation with superficial stand-in romance might not be the most healthy way to deal with the natural desire to be in love.

Furthermore, a lot of times, dating sims (and other romantic and otherwise titillating media outlets, like drugstore romance novels or lavish love stories on TV and in movies) can give unhealthy expectations to romantically inexperienced individuals to what a relationship looks like. Often, when real-life relationships fall flat because they don’t compare to fictional ones, young lovers can find themselves questioning everything good and neglecting to realize the bad stuff.

I haven’t played too many dating sims myself, and most of the ones I have played kept things very tame. But what about the ones that don’t? There are plenty of games out there where the end goal in playing isn’t just to have a happy or unhappy ending with a ninja. Some mark a “win” if the player has successfully managed to seduce his or her chosen love interest, which reinforces the culturally-accepted norm that sex is a goal to be reached, a home run like on a baseball field, instead of a sacred act of love and trust between people who have pledged to spend their lives together. They can also be full of images meant to arouse as well as situations pertaining to and alluding to sex, which can sometimes be a stumbling block for Christian audiences trying to keep a pure head.

Of course, assuming you avoid the raunchier sims, a little bit of indulgence isn’t necessarily going to ruin your future or current marriage. So if you bought all of the Twilight books in a hardcover box set or paid $4.99 to be digitally chased by 5 handsome cartoon ninjas, don’t worry. The important thing is you do all things prayerfully, and if you feel the Lord pulling you away from a thing, listen to that small, still voice and leave it behind you. Gauge how much time you spend filling your head with sims as opposed to of the Bible; if you’re spending 12 hours a day on Shall We Date?: Ninja Love and are neglecting your Bible study, take a few steps back and perhaps reevaluate if they’re really that healthy to have around.

Just remember to keep Christ at the center of your attention, and let anything that distracts you from Him fall away.

An award-winning student poet, aspiring author, and self-proclaimed nerd, Kate spends her time voraciously consuming any and all books she can get her hands on. She is currently studying Spanish and American Sign Language in college and hopes to finally achieve the coveted black belt status. Her catchphrase is, "Keep clam and proofread!"