Choose Values, Not Sides – A Lesson from “Laputa: Castle in the Sky” 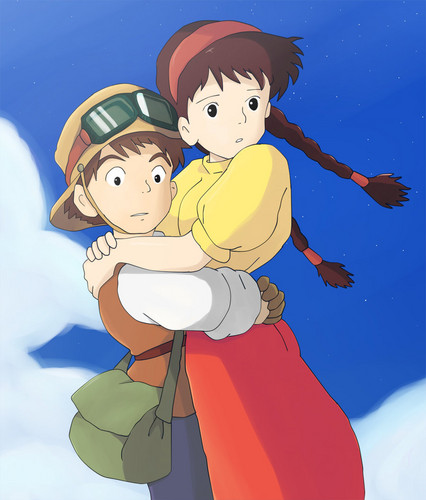 One of my favorite Hayao Miyazaki films is Castle in the Sky (also known in its fullest as Laputa: Castle in the Sky). I saw the film for the first time in theaters, during a Miyazaki special where they revisited his films on the big screen. During the downtime, before the trailers and movie started, they advertised a study guide of sorts regarding this particular film, where parents could ask their children questions about Castle in the Sky. One of the questions that stood out to me was: “What makes Pazu and Sheeta good role models?” I was intrigued to see what kind of characters they were, and when the movie concluded I understood why this would be one of the questions, and why this assumption was accurate, which is what I want to dive into with this article.

***If you haven’t seen Castle in the Sky before, I highly encourage you to do so before reading further, because THERE’S GOING TO BE SPOILERS.***

To remind those who’ve seen it, a very brief summary of Castle in the Sky is that a mysterious young girl named Sheeta falls from a plane after escaping from a governmental official (Col. Muska), and her necklace causes her to float gently to safety. A young boy named Pazu, who works in a mine, sees this young, unconscious girl floating down from the sky and goes to catch her. From then on, Pazu helps Sheeta escape two parties that pursue her, which eventually leads them on a search for Laputa, an ancient floating city (hence, castle in the sky).

Although there are lessons you can learn from Sheeta as well, in this article I mainly want to focus on Pazu’s character as we explore one important lesson this film displays through him. 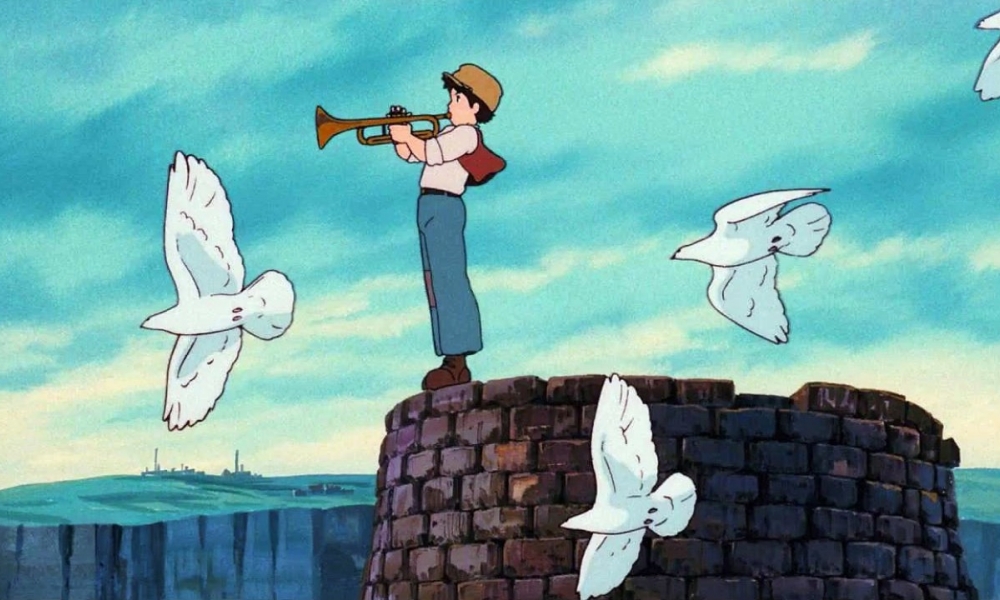 Going back to the earlier question: What makes Pazu a good role model? What makes him a strong character? Again, this question is already assuming he is, in fact, a good role model, but what’s interesting is his “outward identity” in the film doesn’t seem that way from a macro view. Basically, his character/plot progression went like this:

Now, given this very brief summarization of the major turning points of the film, it would seem like his character is pretty sporadic, wild, unstable, and even dangerous. However, when you look deeper at Pazu, his character is actually extremely grounded and consistent, and indeed a morally good role model.

I think the lesson you can learn from Pazu is this: choose values, not sides.

What made Pazu so strong as a character was his simple, singular value, which from my speculation was being a protector. If you look back at the list of his major turning points in the film, you can see why he did each in regards to this inner value: 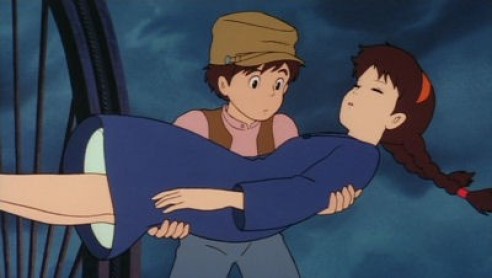 If you look at it now, his character had a singular mission the entire time, whereas his “titles” shifted as the story needed. I wrote an article awhile back about Vash the Stampede having this same quality about him (which you can read HERE). This simple, yet powerful center for Pazu enabled him to be extremely flexible and effective. As a protector, he could be all the things above, yet remain consistent. If he simply “chose sides,” (such as him constantly opposing the pirates no matter what because they’re pirates) he wouldn’t have had the help he needed to save Sheeta and eventually stop the main antagonist, Col. Muska. Pressing it further, if he chose to be on the side of preserving Laputa no matter what, he wouldn’t have been willing to destroy it to protect the entire world. Given this, we can see how this simplicity in his character’s value actually made him surprisingly complex.

So what does this mean in a practical sense? Given the definition of a value, there are many different values to choose from. Various examples are: make as much money as possible, always be in the spotlight, always have the latest and greatest technology, obtain certain titles and accomplishments for recognition, etc. These are all legitimate values, given that word’s definition.

So what are the values of a disciple of Jesus? What’s the worldview Jesus gives his followers? The bulk of the answer to this question can be found in Matthew chapters 5-7. One example is this: “In everything do to others as you would have them do to you; for this is the law and the prophets.” – Matthew 7:12 (NRSV)

What you might have noticed at this point is choosing sides includes choosing titles/groups, even Christianity. However, I think one of the lessons Castle in the Sky teaches is, regardless of what people call themselves or what title they seem to have, you’ll know a person (or group) by the values they live-out. Or, in Jesus’s words from Matthew 7:16-18, “You will know them by their fruits. Are grapes gathered from thorns, or figs from thistles? In the same way, every good tree bears good fruit, but the bad tree bears bad fruit. A good tree cannot bear bad fruit, nor can a bad tree bear good fruit.” You can choose to have a certain Christian title or affiliation, but according to the passage above (and below), lived-out values are what identify a true follower of Jesus.

From 1 John 2:3-6: “Now by this we may be sure that we know him, if we obey his commandments. Whoever says, ‘I have come to know him,’ but does not obey his commandments, is a liar, and in such a person the truth does not exist; but whoever obeys his word, truly in this person the love of God has reached perfection. By this we may be sure that we are in him: whoever says, ‘I abide in him,’ ought to walk just as he walked.”

Jesus said: “Why do you call me ‘Lord, Lord,’ and do not do what I tell you? I will show you what someone is like who comes to me, hears my words, and acts on them. That one is like a man building a house, who dug deeply and laid the foundation on rock; when a flood arose, the river burst against that house but could not shake it, because it had been well built. But the one who hears and does not act is like a man who built a house on the ground without a foundation. When the river burst against it, immediately it fell, and great was the ruin of that house.” – Luke 6:46-49

So for the disciple of Jesus, instead of choosing to solely identify with a title or group, choose to be virtuous as Jesus teaches, and everything else will follow.

“But strive first for the kingdom of God and his righteousness, and all these things will be given to you as well.” – Matthew 6:33

Have a topic suggestion? Email me at eric.perez@geeksundergrace.com and I'll potentially cover it! | Other projects I do include producing fitness videos, directing a web show, and hosting two podcasts.