This is my fourth year attending MegaCon Orlando! MegaCon is one of the biggest, all-fandom conventions in the southeast United States, regularly drawing over 100,000 attendees and inviting celebrity guests like Christopher Lloyd, David Tennant, and Sean Astin. In the past, it’s been held on Memorial Day weekend, but this year it was bumped to the week before (May 16th-19th) at the Orange County Convention Center in Orlando, Florida. The celebrity line-up this year was on point, so I was extremely excited for the turnout! 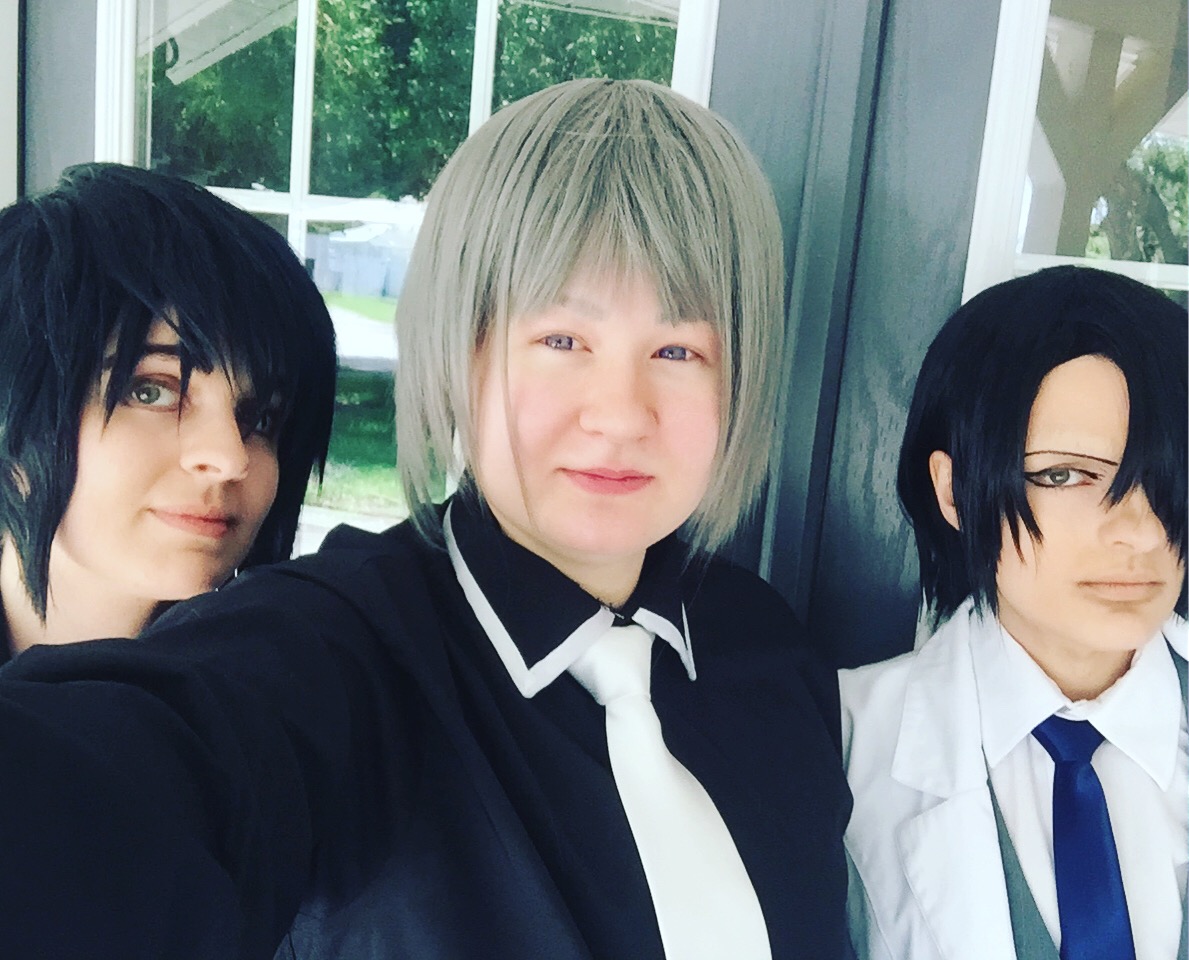 After parking at the reduced rate $5 (pricing is up to $10 in the larger lots) parking lot, we took a shuttle that brought us directly to ticketing. This year the ticketing and security were much more fluid than the previous year. As we walked into the large air-conditioned warehouse area, first we came to prop check then we were funneled to bag check which had plenty of lanes, so it didn’t ever become congested. At ticketing, a quick QR code scan gave us our badges. The badges are new since in previous years we had wristbands. These badges had to be activated online and were to be scanned when entering and leaving the convention. This was done manually by volunteers near the entrances/exits. The setup process was very simple and we had our badges ready in minutes. I also had a badge lanyard to pick up, which I received after entering into the convention.

Since we had the deluxe pass, we were allowed to enter two hours earlier than others, so we could get the first pick of the Vendors Hall and Artist Alley. If you’re a figure collector or a lover of fanart, then this is the place to be. I managed to find a rare Guilty Crown figure and some Pop Figures for great deals! Despite Thursday being a half day, there was a decent turnout of convention goers, many of which had some great cosplay. 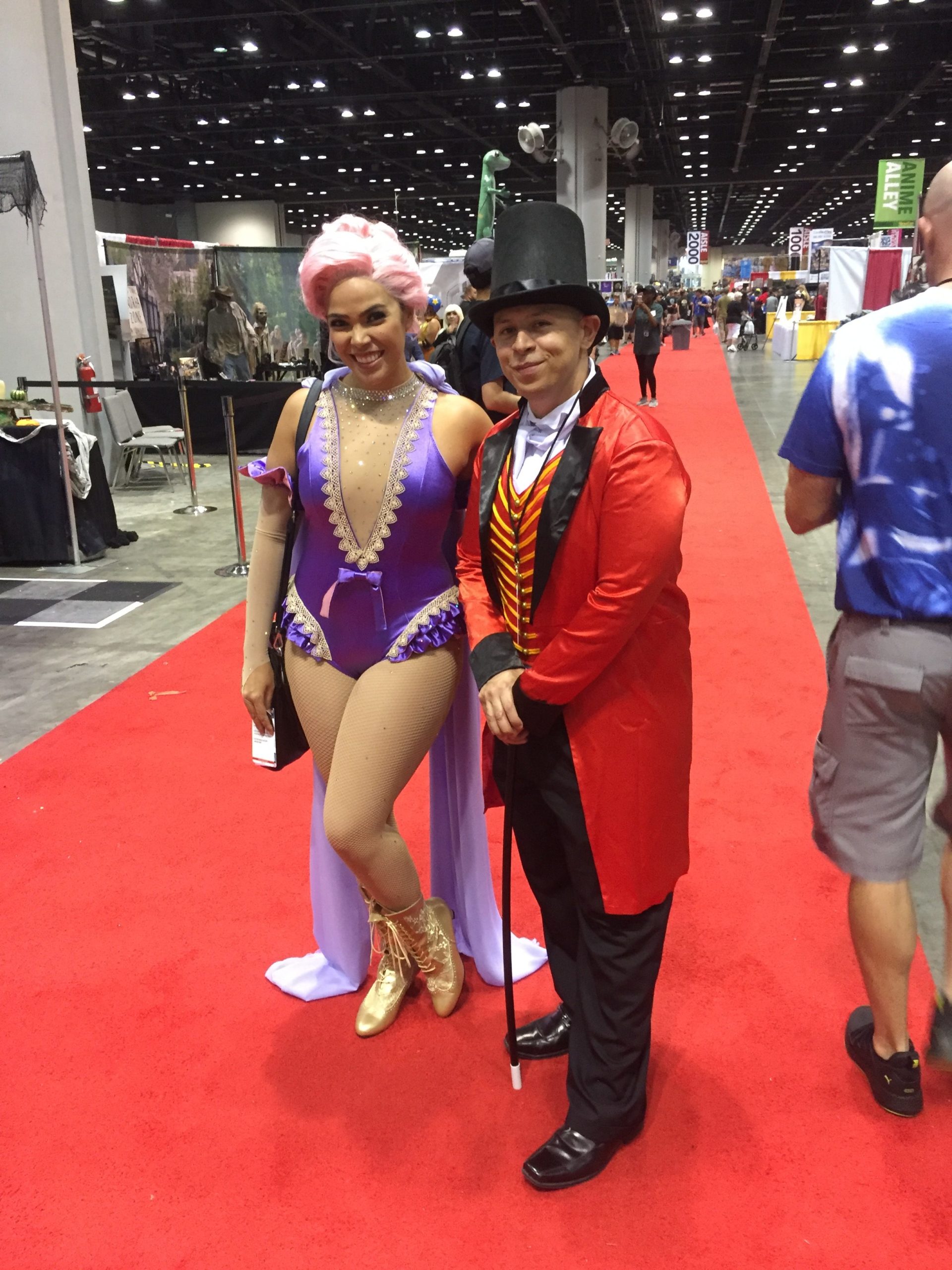 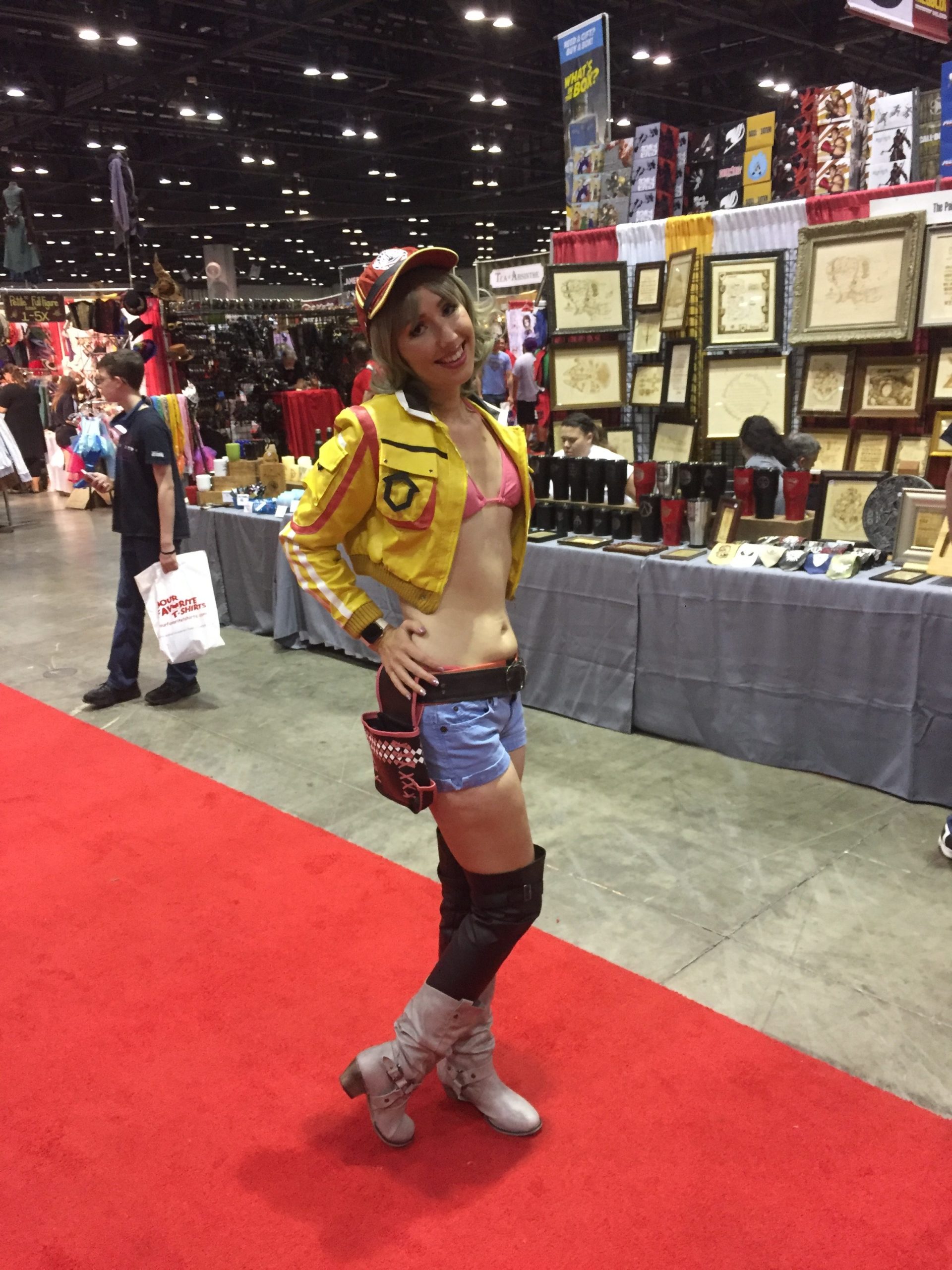 On this first day, I saw four celebrities, including three out of four of the RWBY actresses, Lindsay Jones (Ruby Rose), Kara Eberle (Weiss Schnee), and Barbara Dunkelman (Yang Xiao Long), and Patricia Summersett who voices Zelda in The Legend of Zelda: Breath of the Wild. All of these ladies were very kind and lovely to talk to. Eberle even hugged me and thanked me for supporting her career and Summersett wrote the first line of the video game (“Open your eyes …”) in Hylian next to my autograph!

This year, MegaCon added a red carpet event where once or twice a day any cosplayer can show off their cosplay while walking down a red carpet and anyone, including professional photographers, can get pictures! We took our Fruits Basket group there and Jeff Jenkins Photography and the Official MegaCon Orlando Instagram featured us! 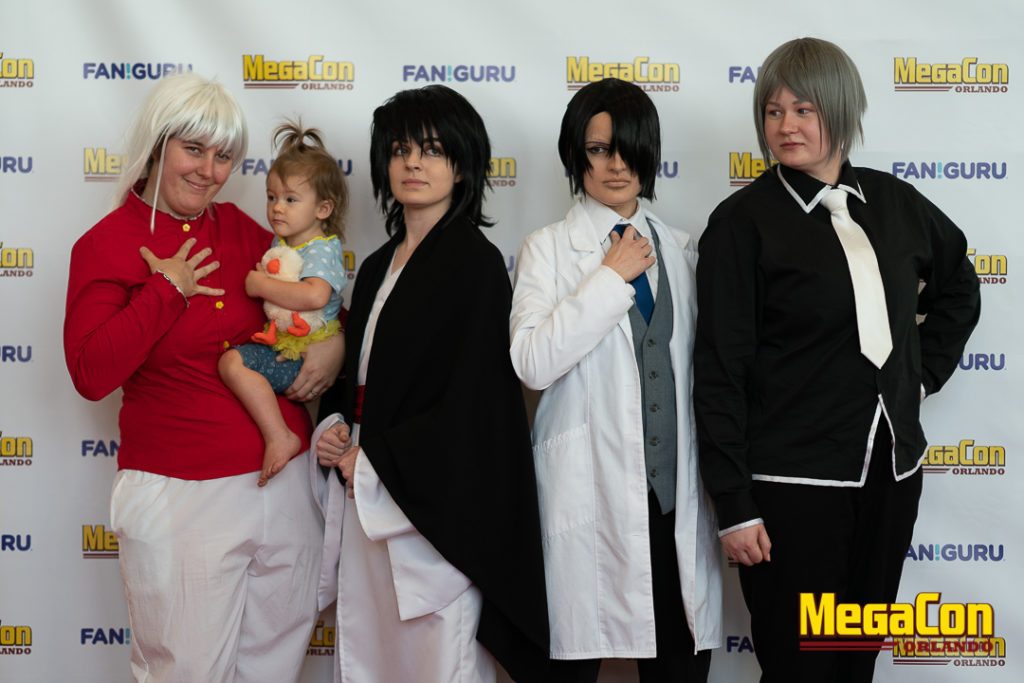 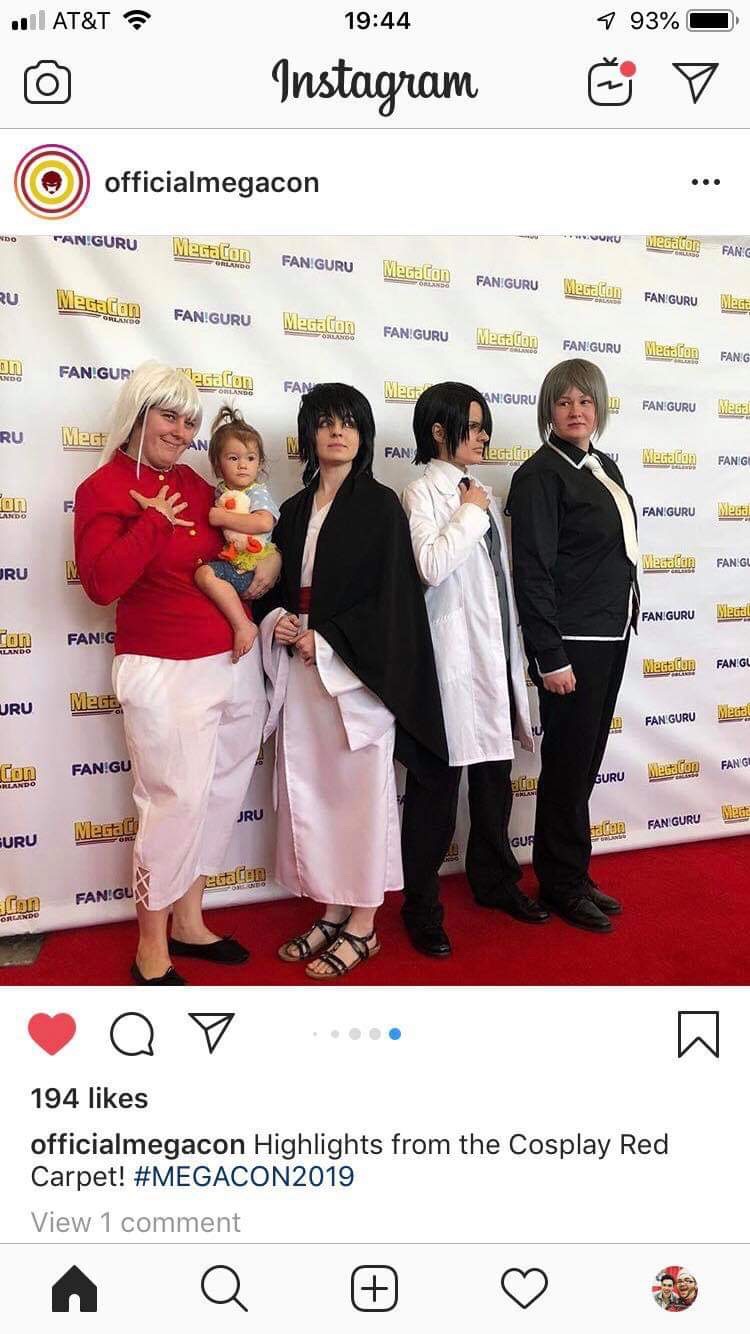 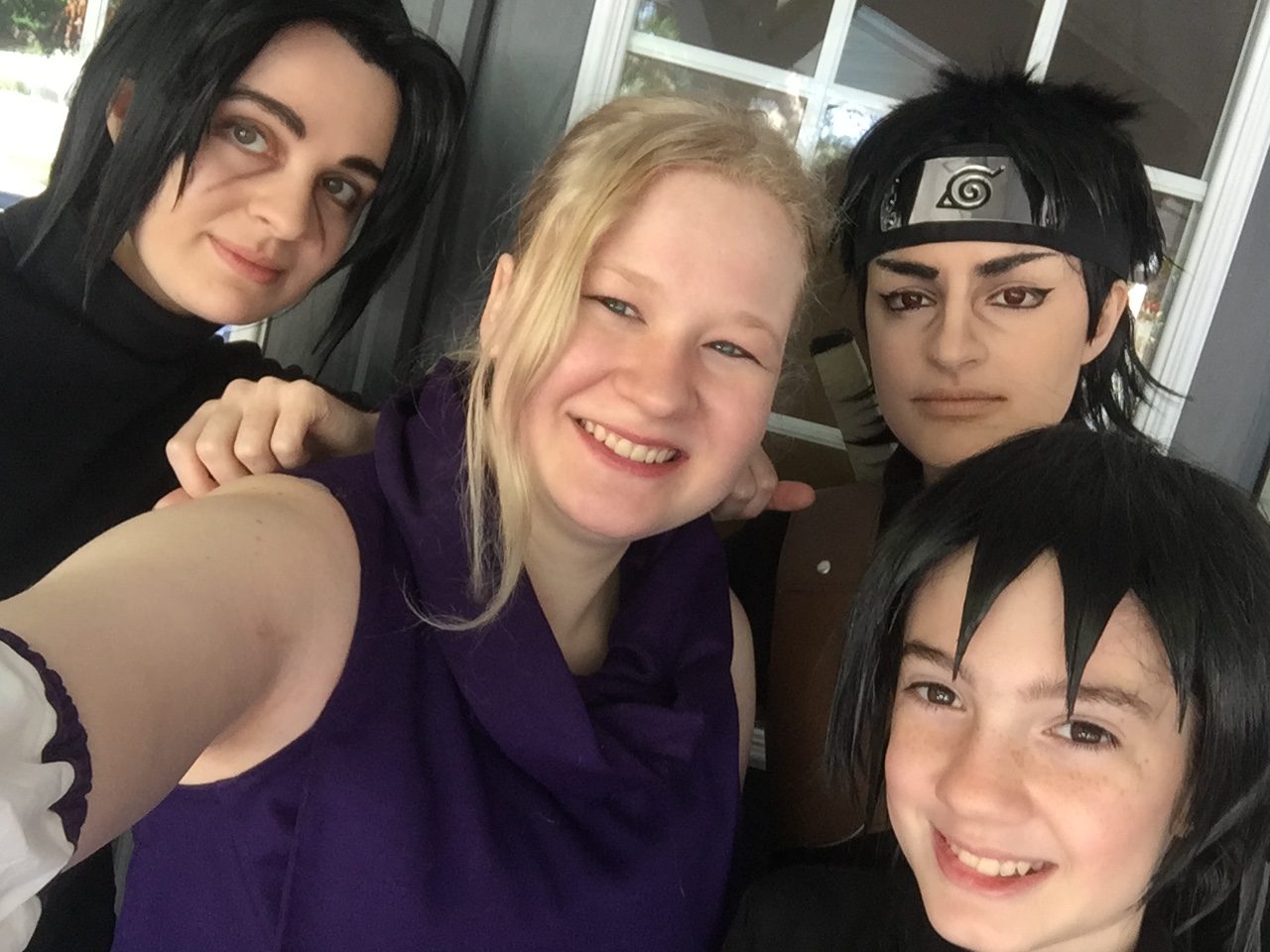 Today I met six different celebrities: David Tennant (Doctor Who), Jim Cummings (the official voice of Winnie the Pooh), Christopher Lloyd (Back to the Future, Cyberchase), Clifford Chapin (My Hero Academia), Stephen Amell (Arrow), and Arryn Zech (RWBY)! The first two I saw were Stephen Amell and Jim Cummings, both of which I waited for an hour or less to see and were very kind. It made my day to hear Jim Cummings voice Pooh Bear in person for me!

MegaCon boasted the entire main cast of Smallville, The Goonies, and Back to the Future, so Christopher Lloyd’s line was packed. I ended up waiting three hours total for his autograph, but it was worth it for him to do Hacker’s voice from Cyberchase. 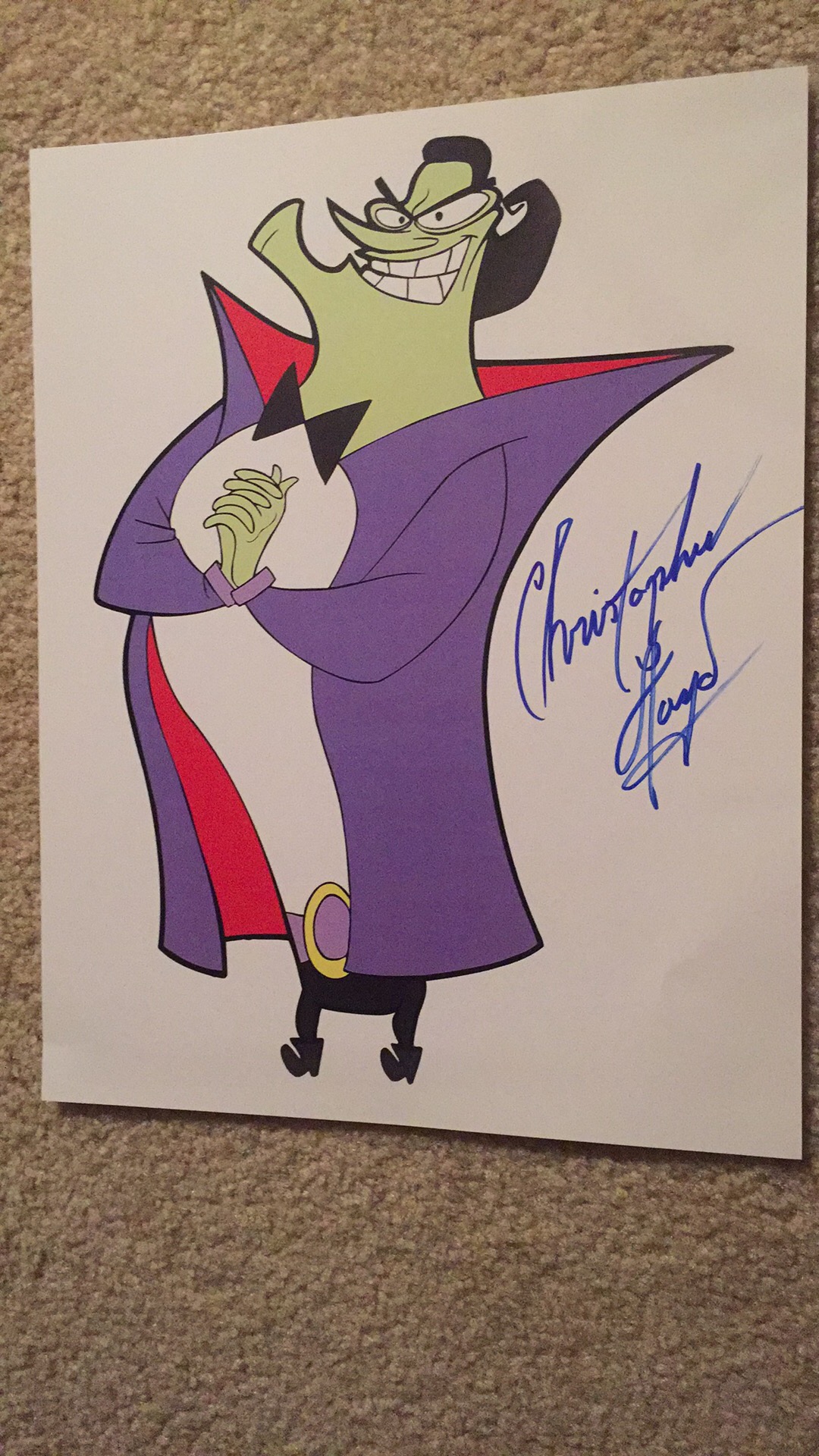 Those who I waited with for Christopher Lloyd were very kind to hold my place as I line-hopped to see Clifford Chapin and do my David Tennant Photo Op. Pro Con Tip: Always make friends with your fellow people in line so you can do this. Clifford Chapin (Bakugo from My Hero Academia) was very kind and must really strain his voice to sound like the aggressive classmate of Class 1-A, but he did treat me with writing “DIIIE!” on my poster. 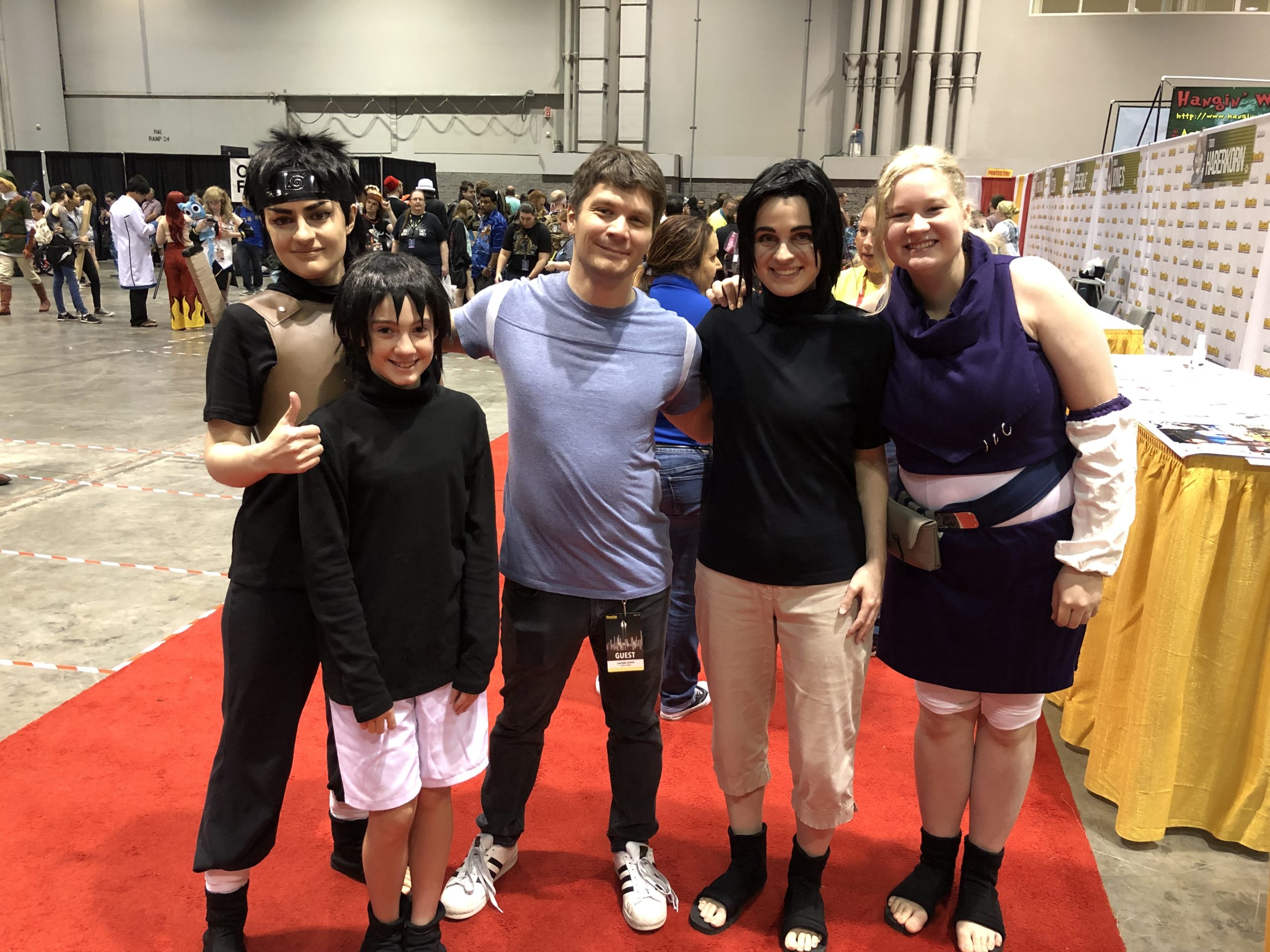 David Tennant was as charming as ever when he beckoned us over to snap a pic with him! 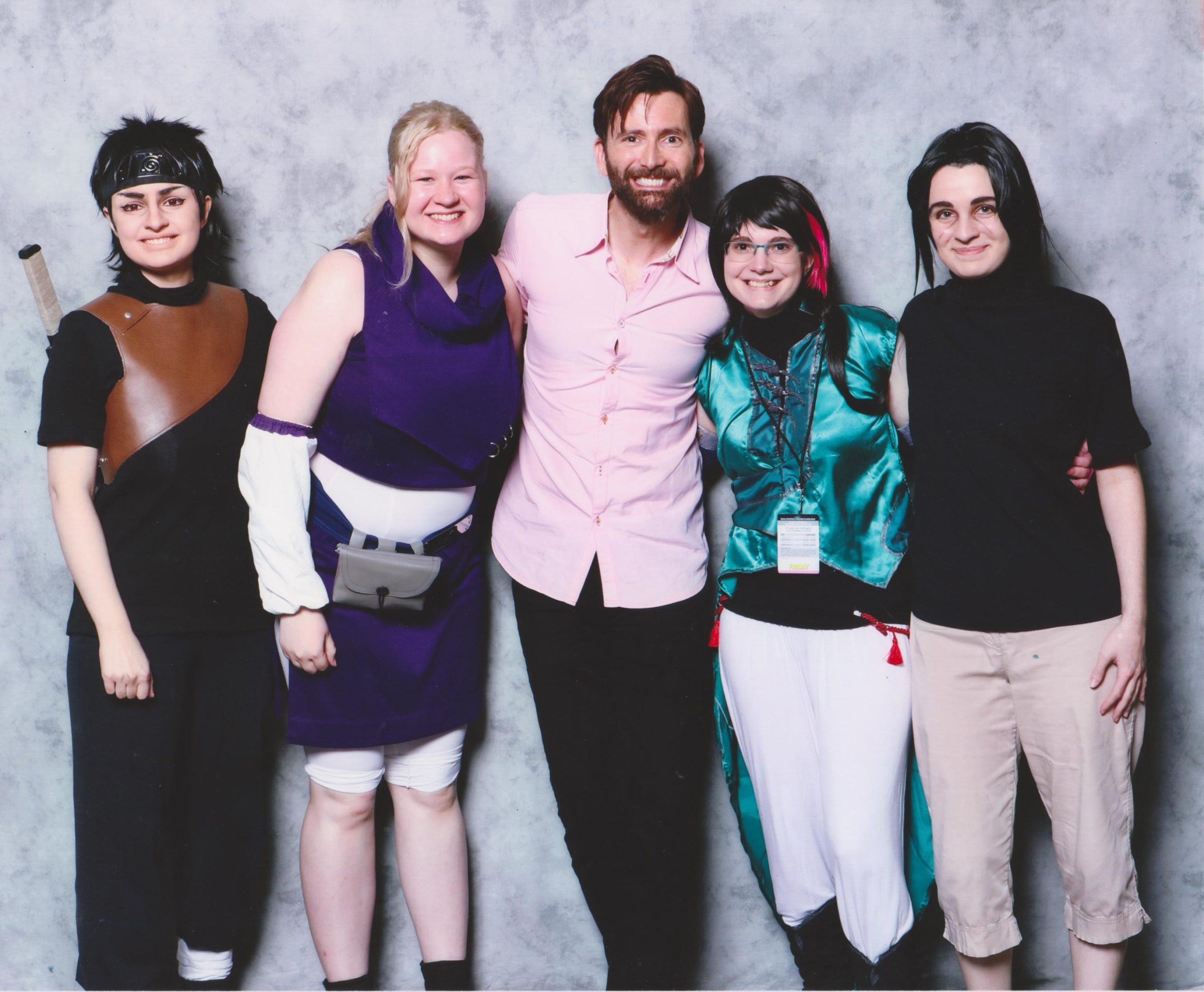 Since we had a group of five Naruto cosplayers, we took an extensive photo shoot, part of which we did outside. Last year, re-entry was near impossible, but this year I’m happy to say it was much easier. There was more than one bag check area and we could re-enter close to where we exited. I’m glad we took the risk since we got some great shots! 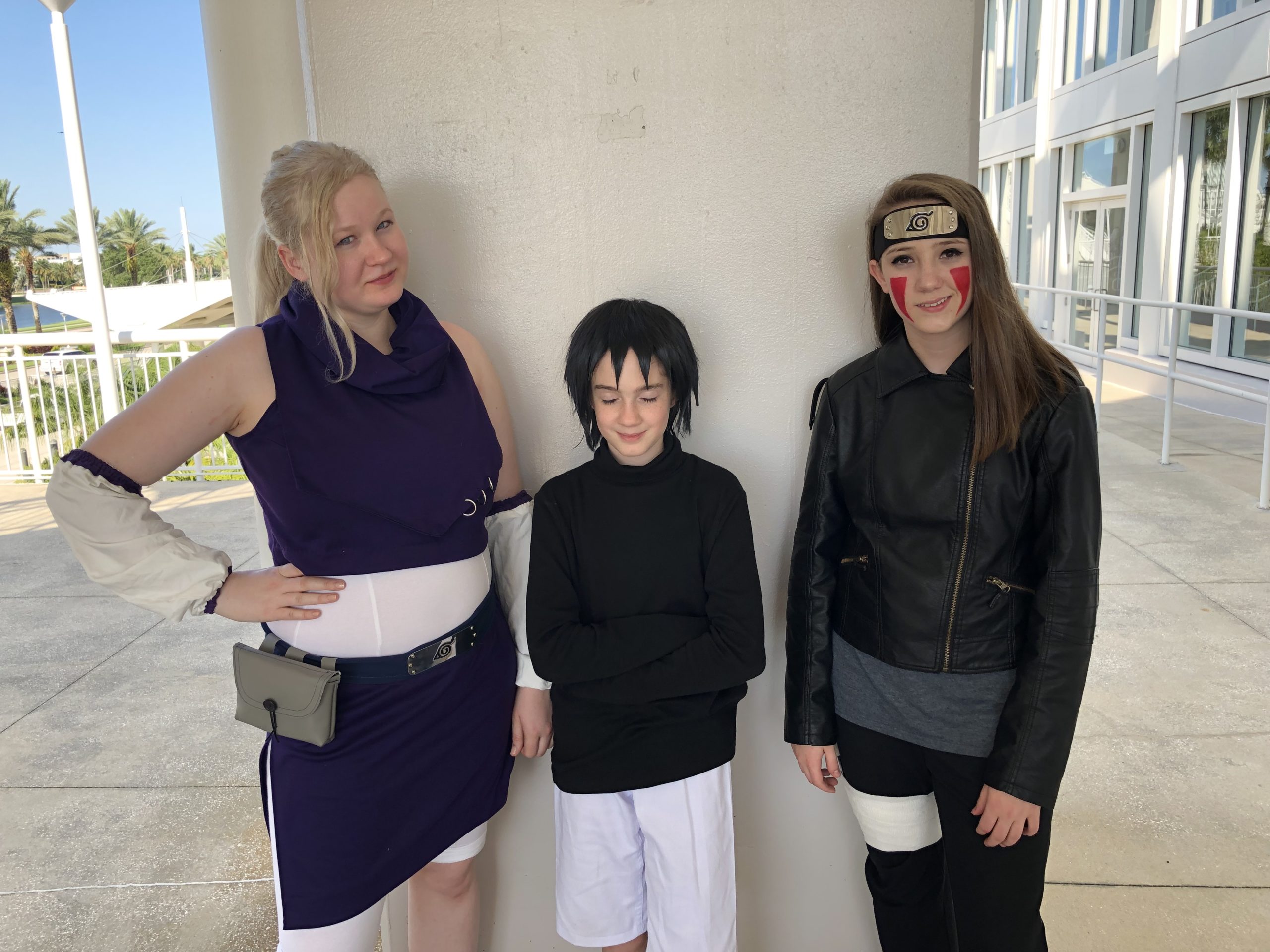 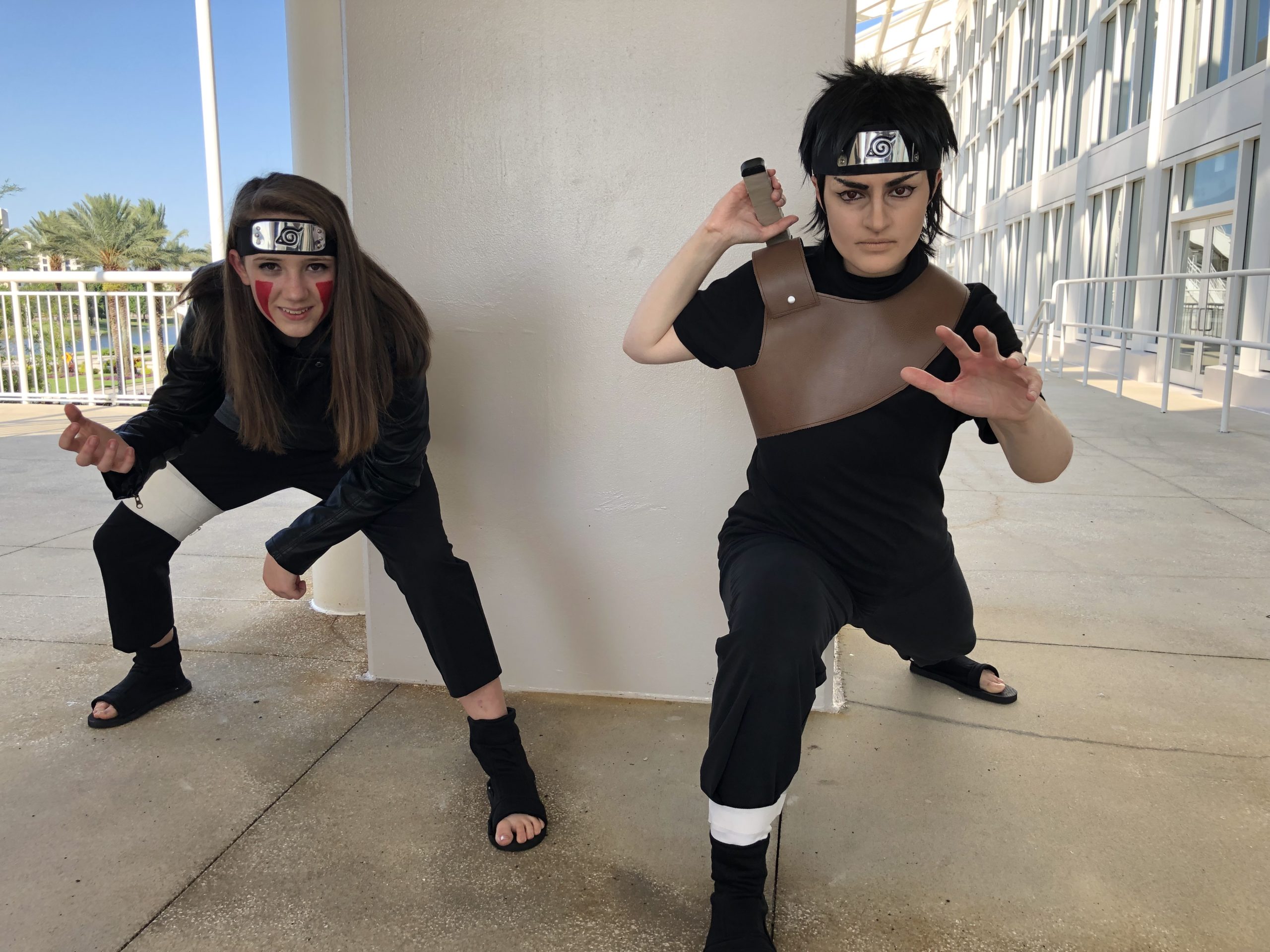 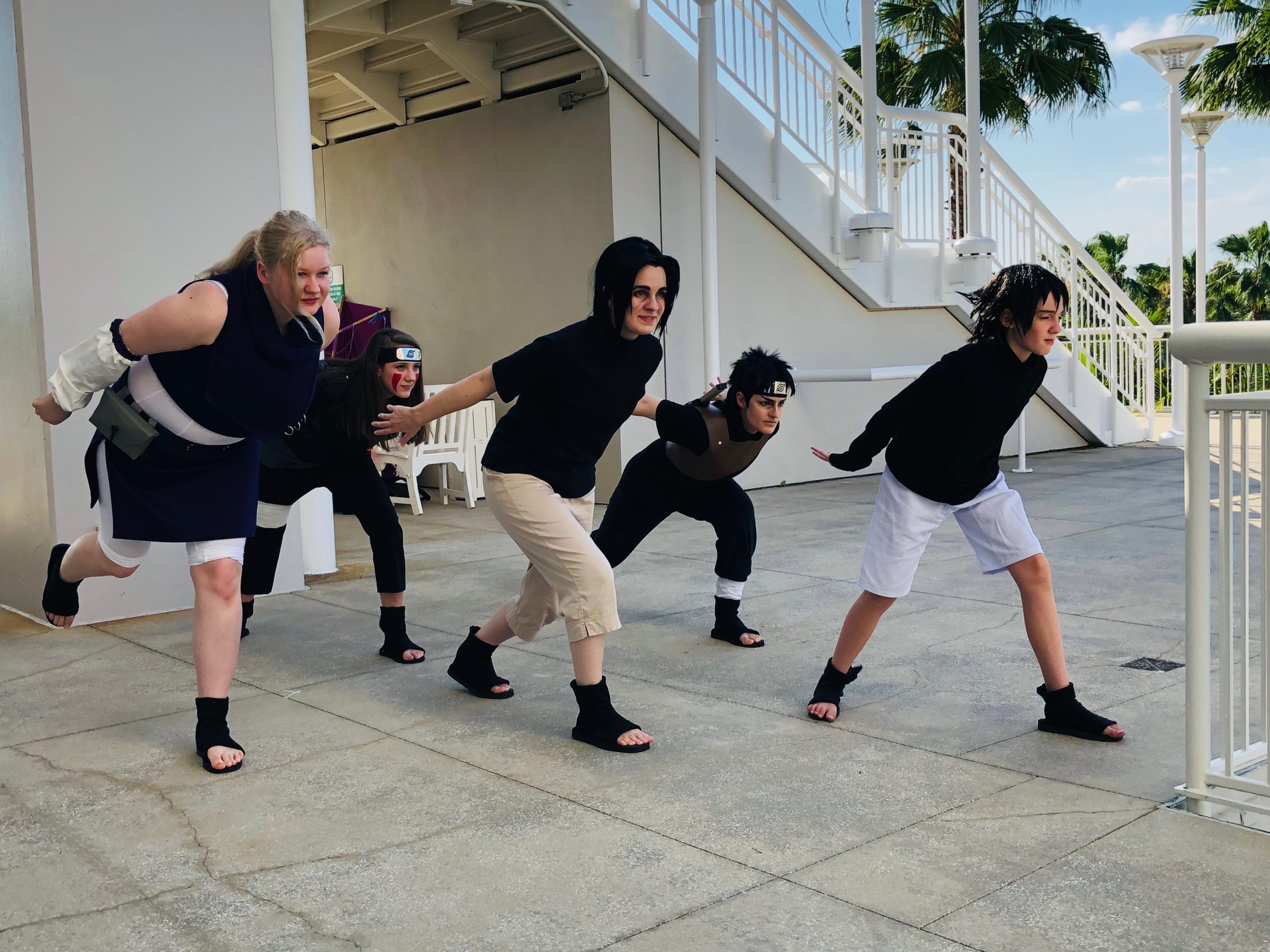 And we finished the day with a Red Carpet Walk! 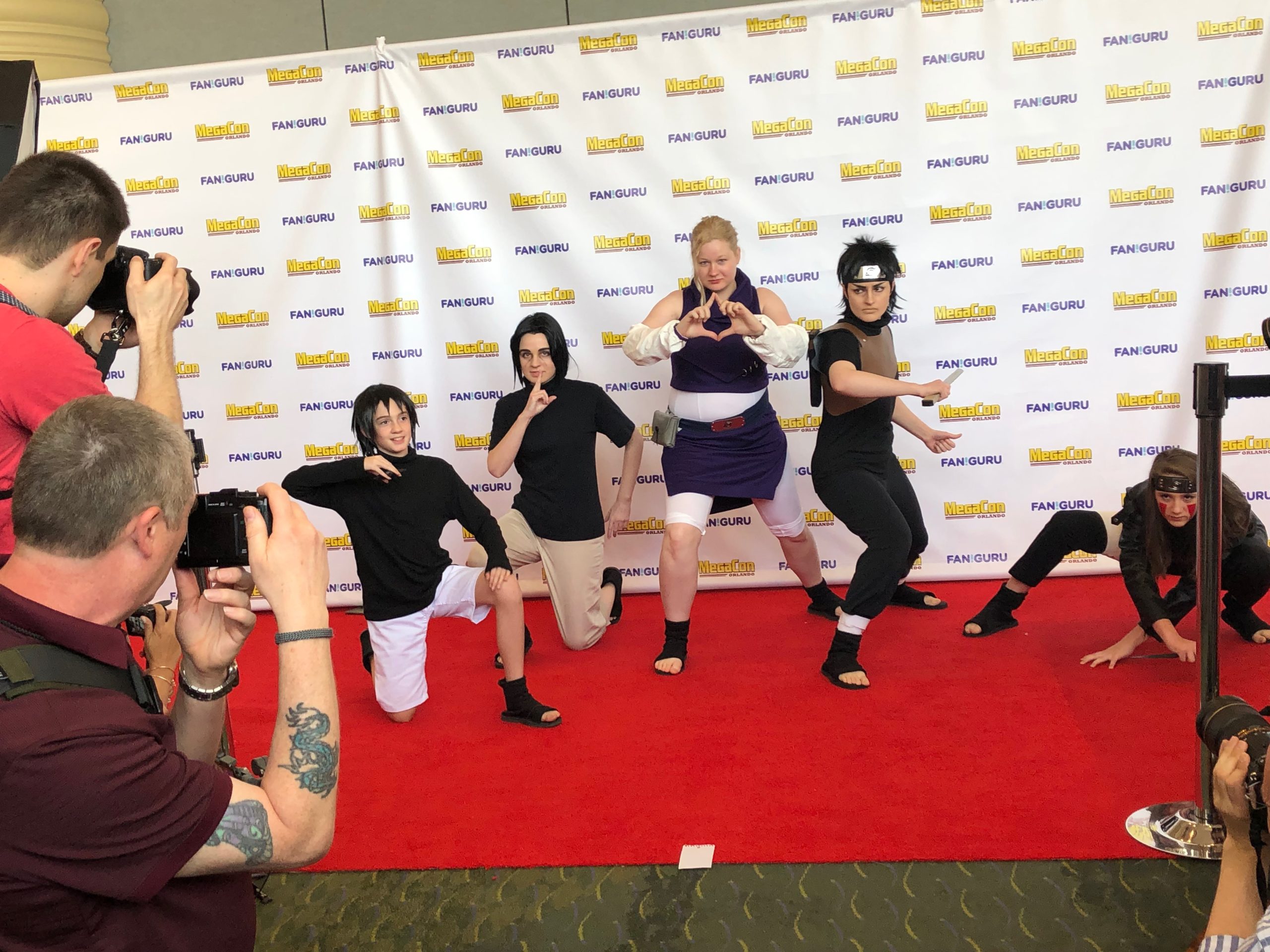 To avoid the crowds, we opted out on Saturday to take a day of rest, so we could come back fully refreshed for our last day. Saturday is the most popular day of the convention and from a report from a friend who attended, you could barely move through the halls it was so congested. Thus I’m happy we opted out. 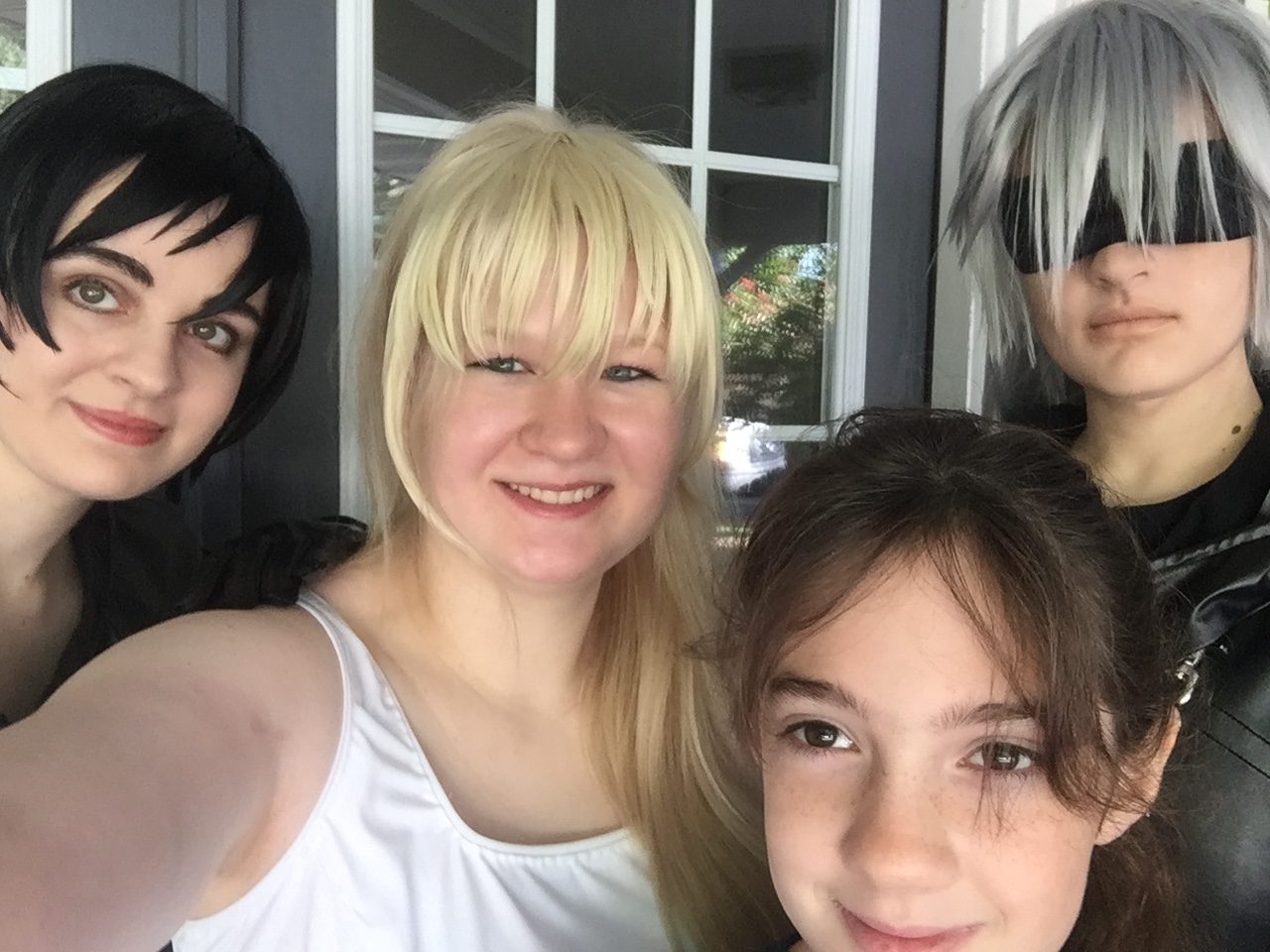 Because a friend in our group had a stroller, we got to see Sabat first, which felt amazingly privileged. Not all staff will let this happen, but we got lucky. I had a great short conversation with Sabat about how I related to All Might because he deals with a disability that likens to anxiety and depression. He was very interactive and interested in the perspective. 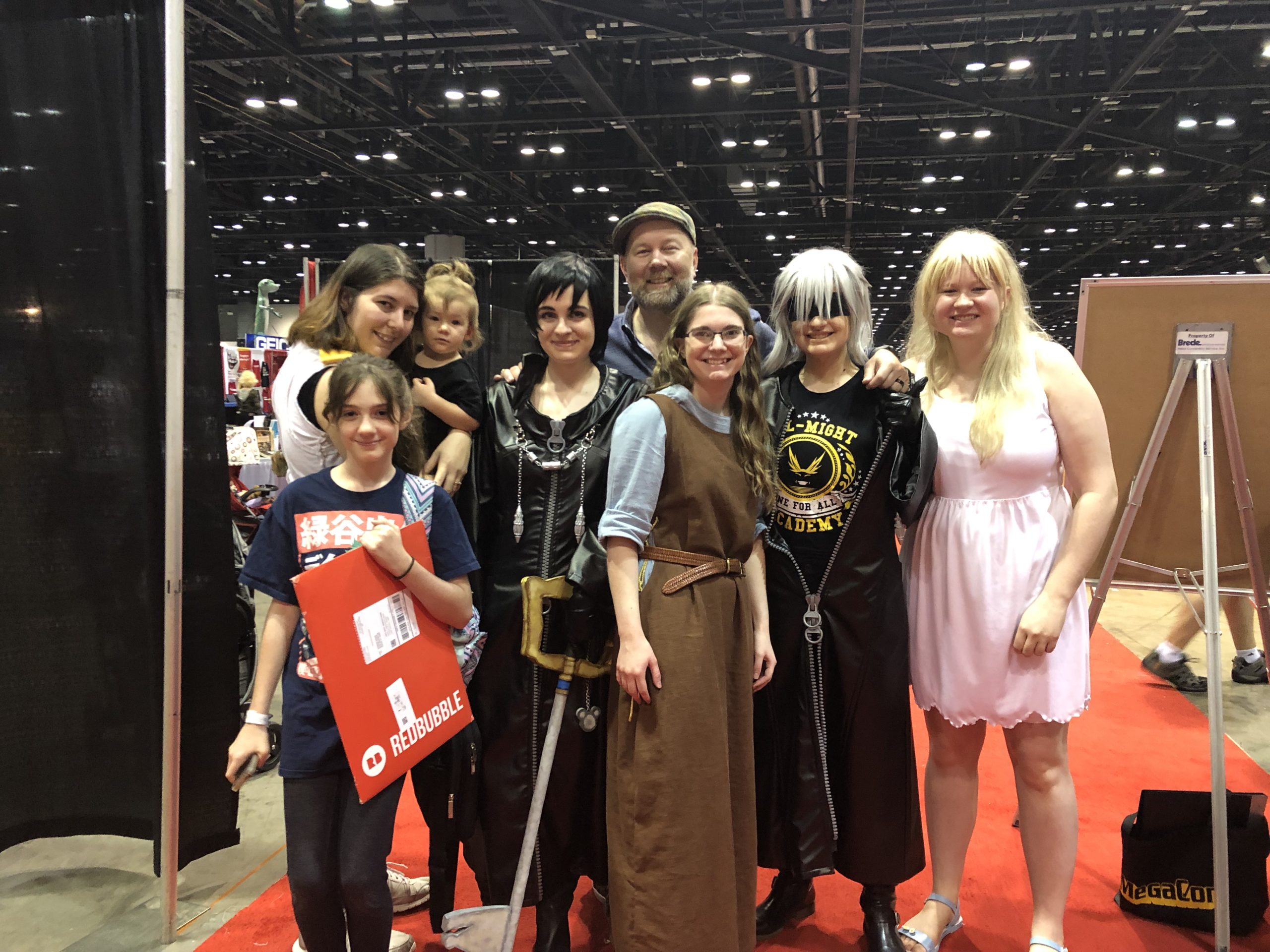 Our last photo-op was with Sean Astin! His line moved very quickly and we managed to get this pic to go with our one of Elijah Wood! 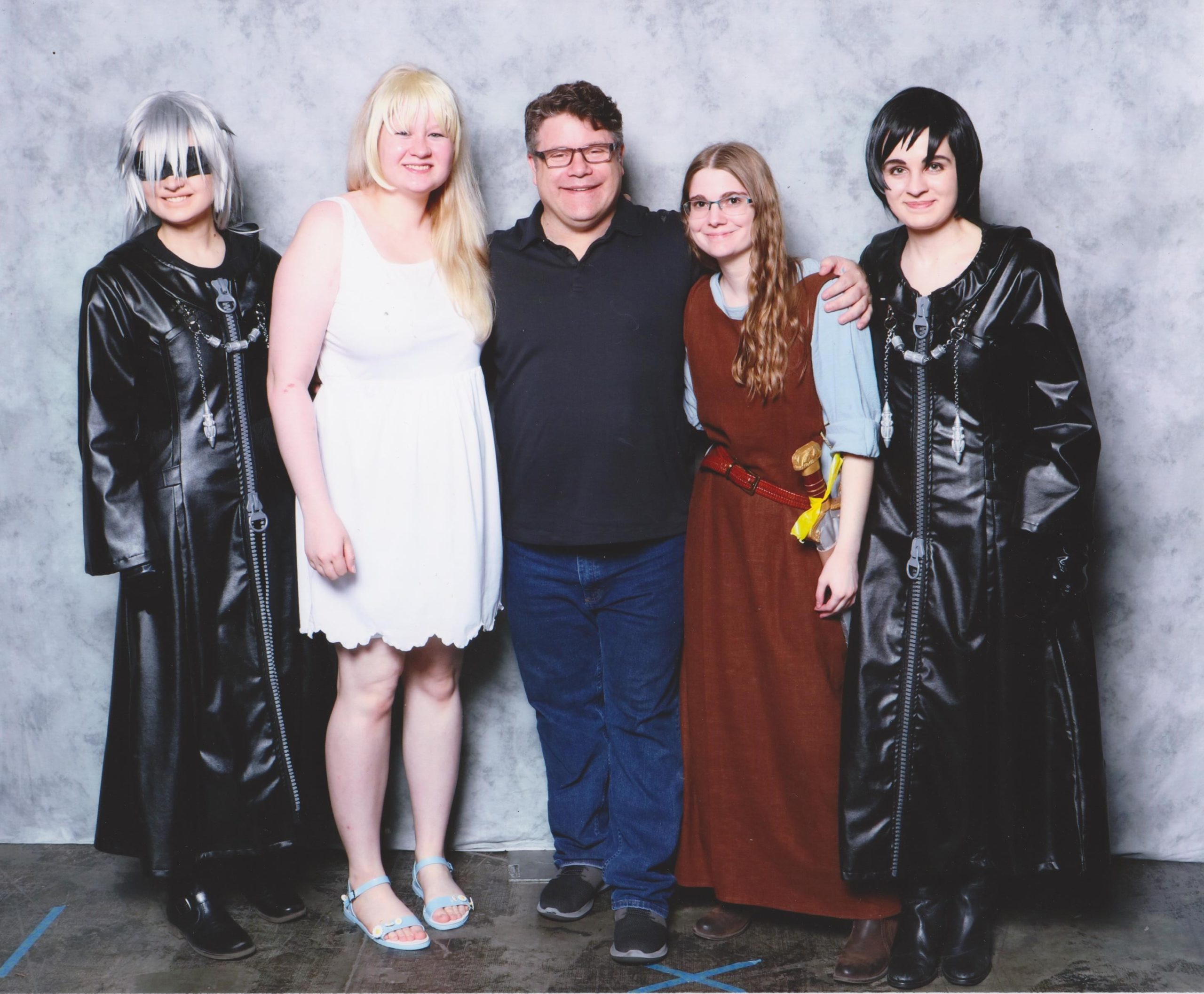 Unfortunately, Zachary Levi’s line was cut off at 1 p.m., so we didn’t manage to meet him. Line cut-offs happen unpredictably and are not posted anywhere online, so it’s sometimes a gamble to meet a celebrity. If the line moves fast, you can get in, but sometimes it doesn’t and you get cut off. I’m hoping Levi attends another year so we can try again.

We did, however, manage to barely see Justin Briner before his cut off and he was an absolute pleasure to meet. He practically is Midorya! 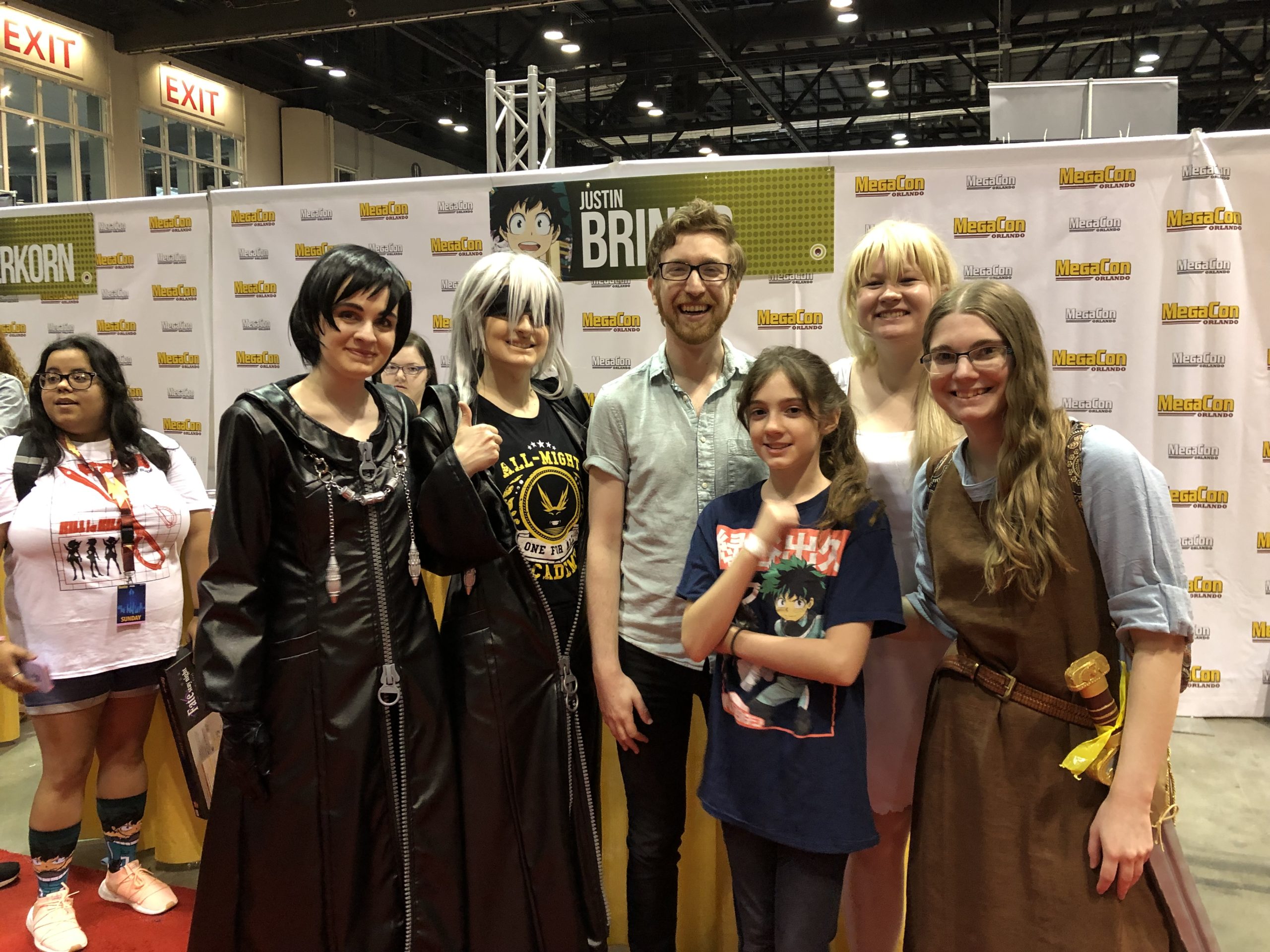 Before we left, we managed to get some pictures of great cosplay and take a few shots at the bamboo on our way to the shuttle! 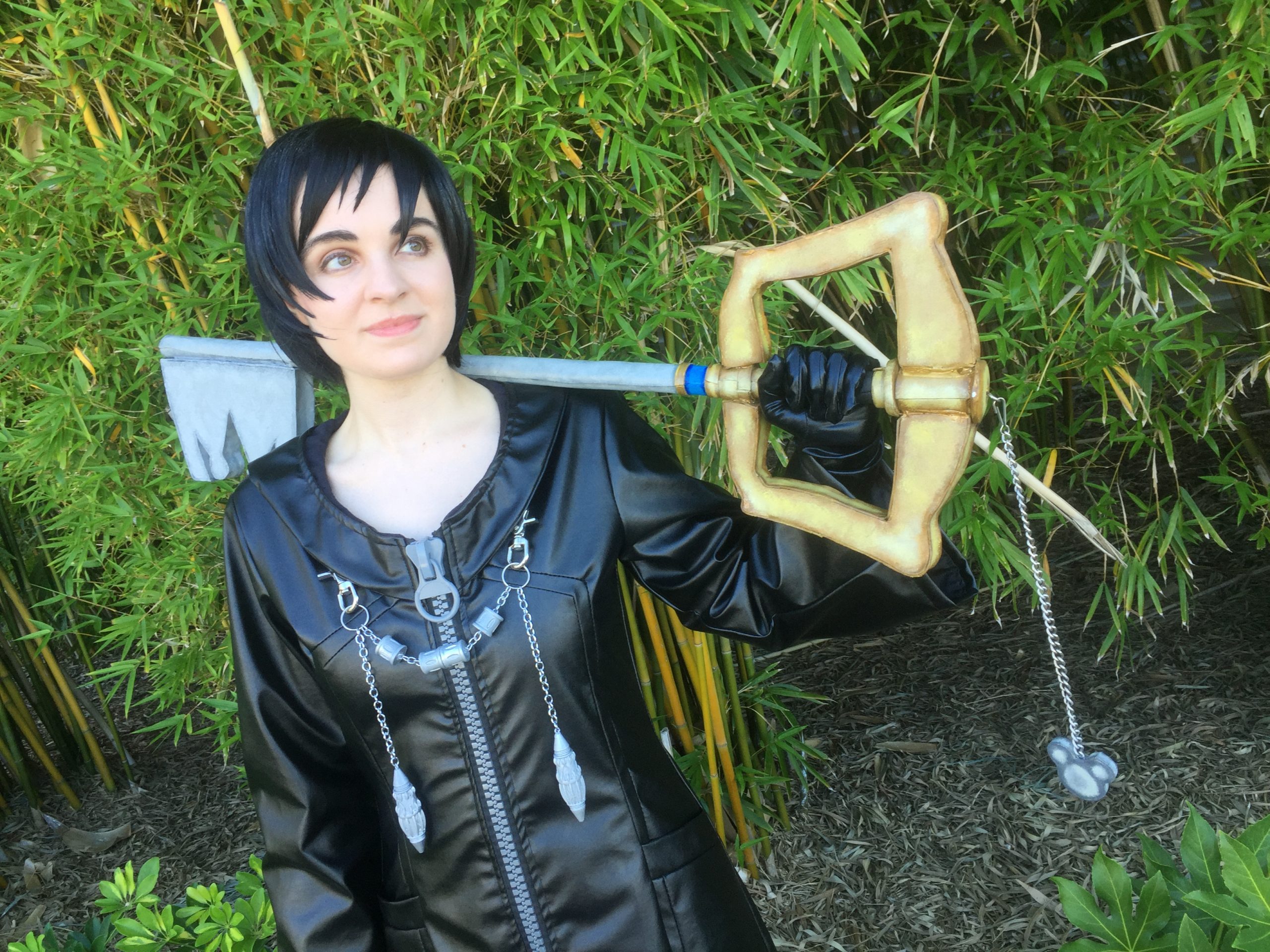 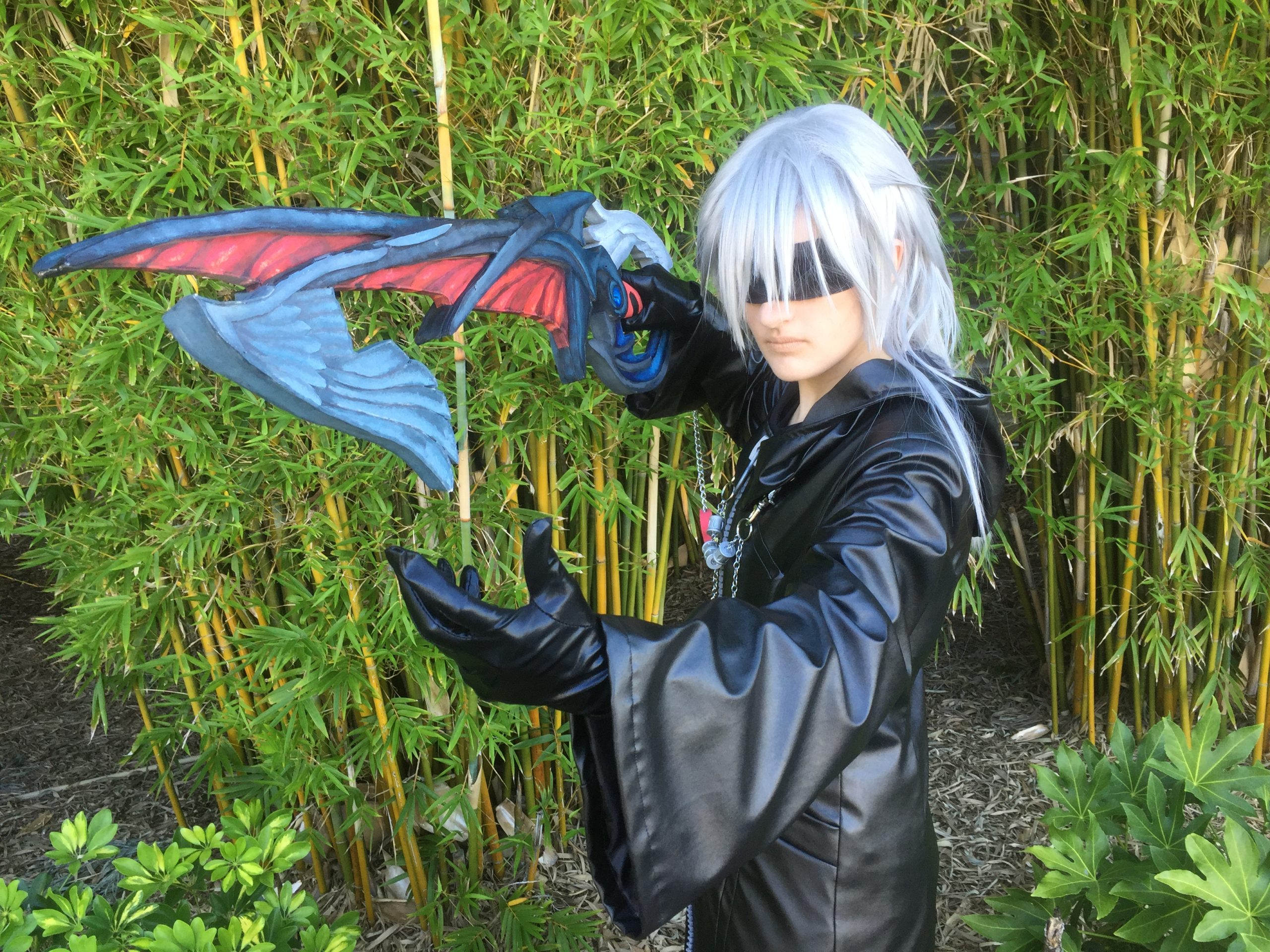 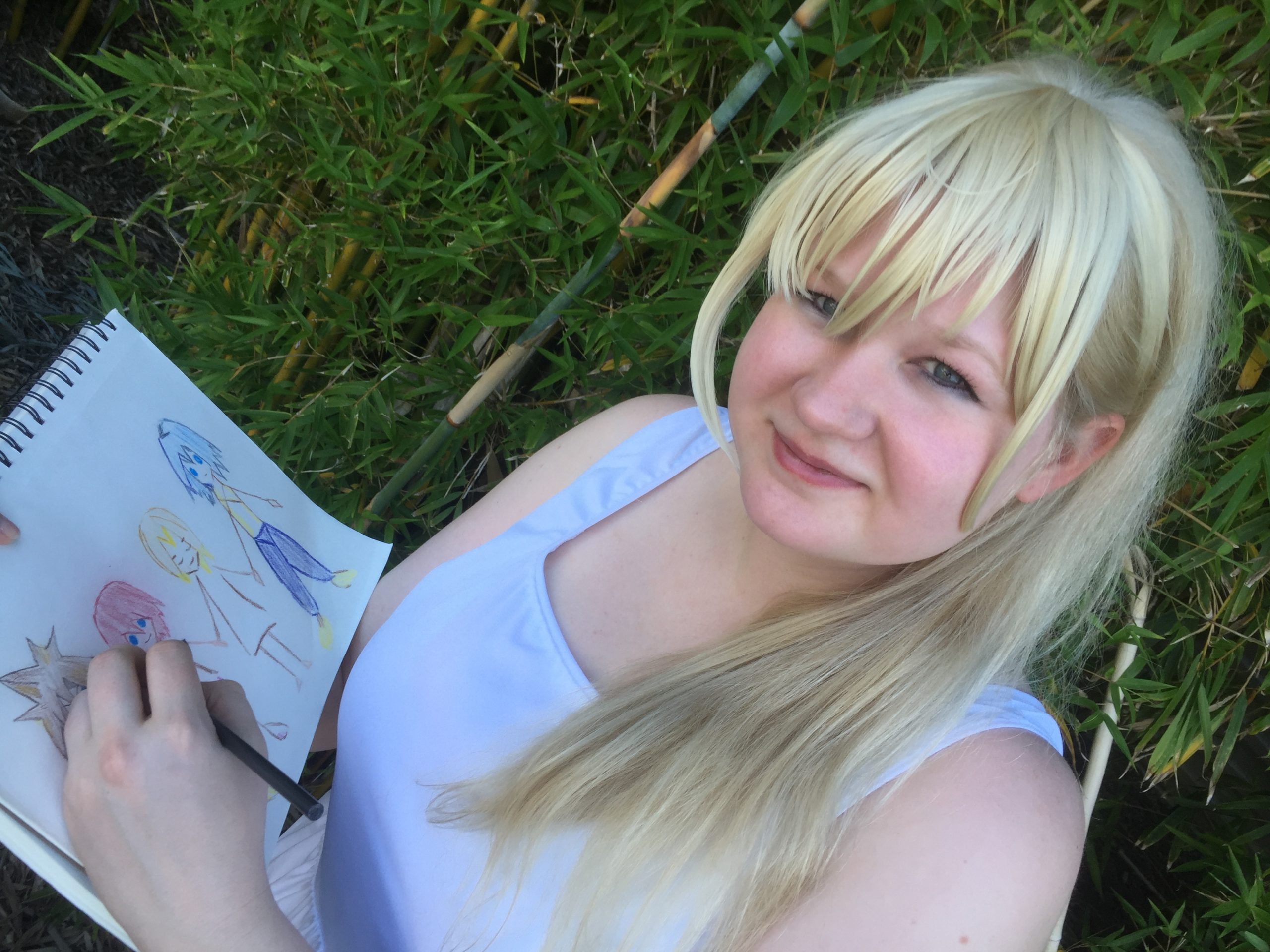 MegaCon Orlando continues to be my favorite Floridian convention. The lines are smooth, the staff is friendly, the celebrity selection is fantastic, the cosplay is legendary, and the Vendor Halls and Artists Alley are varied and well-priced. If you attend any Southeastern convention, definitely make it this one!