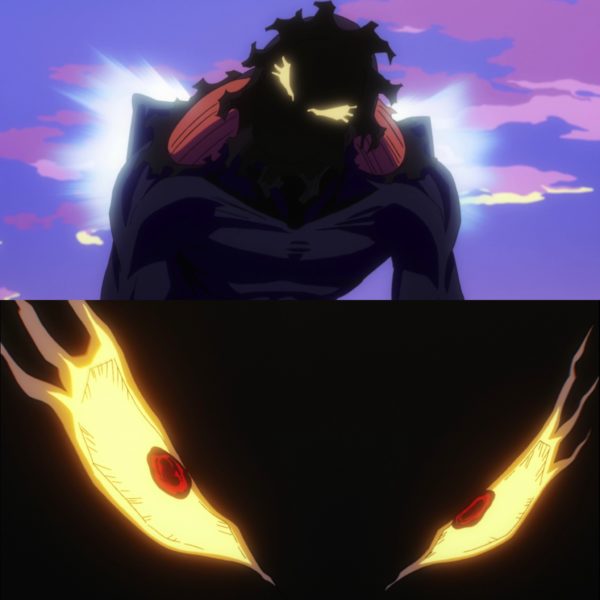 At the beginning of episode 88, we see that Endeavor is met with a new and more powerful Nomu: a Nomu is a deceased person who has been infused with superpowers to be kept alive. This Nomu is not just stronger than its predecessors, it is also obsessed with power and is competent enough to make decisions. 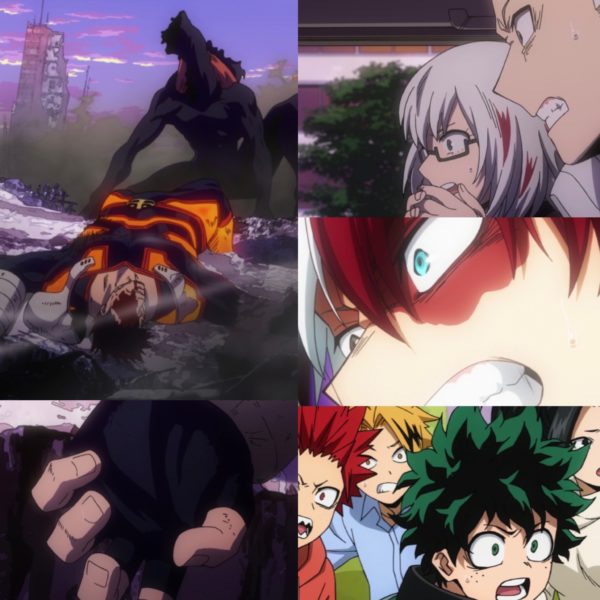 In the beginning of the fight, Endeavor immediately realizes that this fight won’t be as easy as it was with the other Nomus he’s faced. Because of this, Endeavor begins to fight away recklessly. He tries to finish the battle as quickly as possible, but as the fight endures, Endeavor pushes himself beyond his limits. Eventually, we find him on the ground, pushed far beyond what he can handle: defeated.  As the world is struck silent, a crowd in the distance runs, screaming in fear for their lives. They can’t see Endeavor’s flames burning, so they begin to shout that there is no more hope; there is no more ‘symbol.’ 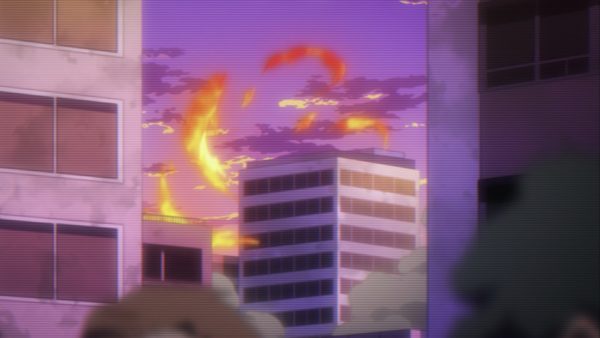 All of a sudden, a fire can be seen burning in the distance. Then a bystander yells amongst the crowd, “Don’t just say whatever you want! Look over there! His flames are still burning! You know what that means? Endeavor is still alive and fighting for us! Don’t say there’s no ‘symbol’ just cause All Might is not here! Endeavor is risking his life for our sake; look at him!”

Many times, we lose hope when we don’t see Christ in our lives. When we think of the disciples after the crucifixion, we see that they went through a similar situation as we often do. After Jesus was crucified, scripture portrays that all of life felt as if it were entirely over. No more miracles, no more hope. All anyone had in their mind was the death of Jesus. Even when Christ rose again, He walked amongst them and they didn’t recognize Him at first. As the testimonial accounts of the risen Christ were being proclaimed, Thomas, one of Christ’s disciples, didn’t believe the accounts because he hadn’t seen Jesus. Yet, eight days later, as all the disciples were gathered in that locked room, Jesus showed up. When Jesus was revealed alive, Thomas was permitted to touch the real wounds of Christ. As Thomas fell to worship, Jesus spoke, “Have you believed because you have seen me? blessed are those who have not seen yet have believed” (John 20:29).

Do not count God out when you can’t seem to see His flame burning. In 1 Samuel, Samuel was in the presence of the Ark of God and while there the word of God says that, “The lamp of God had not yet gone out” (1 Samuel 3: 3). Scripture makes it evident that the fire of God was dwindling, but before it could go out, God showed up (1 Samuel 3:10).

Jesus Christ is the light of the world (John 9:5) and the lamp to our feet (Psalm 119:105). It is only through Christ we are able to see what is before us. C.S Lewis says, “I believe in Christianity as I believe that the sun has risen. Not only because I see it, but because by it I see everything else.”

If it feels like your flame is dying, do not fret. Don’t think that the hope you have is dwindling. Why? The fire of God has not yet gone out! Just as Endeavor’s flame could be seen in the distance after it seemed like it was over, we will see how God rekindles a dying flame. Through this rekindling we will not only hear Him speak, we will see Him more alive than we ever have before. 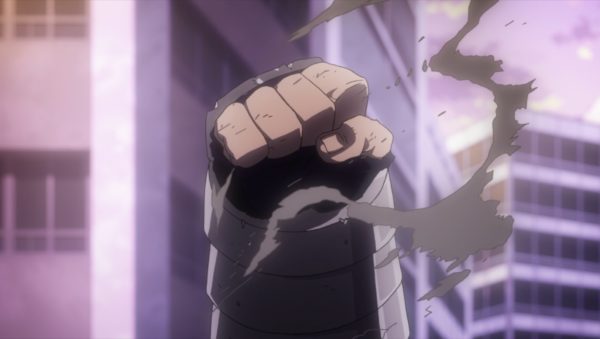