As of right now, Season 4 of My Hero Academia is probably the darkest season we have ever seen. Primarily for the fact that a particular character was deeply manipulated and treated harshly, and that character was a child. Any kind of child maltreatment is hard to see. In this season, the focus is on a small girl named Eri. She has a unique power to reverse time on any living thing that comes in contact with her. She has no control over her power, but she is held captive for her quirk. She is continually dismembered and reattached by Kai Chisaki for her blood, which contains her power. She is raised believing that she is the reason people get hurt. She is raised believing that anyone who loves her will always end up hurt. She thinks she is the cause of everyone’s hurt. All of this is not true, but to her, it is very true. Time and time again, she is reminded of this false truth. 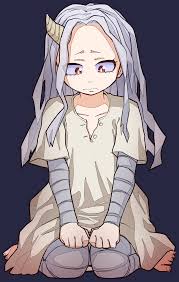 There is no such thing as hope for Eri. She has been treated this way since she was able to summon her quirk. She is covered in scars from all the experiments, her arms and legs are always wrapped in bandages, she walks in fear for her life every day, yet she never desires to stay there. One day, as Deku and Lemillion are roaming the city streets, Eri runs out of a dark alley and bumps into Deku. She’s shaking in fear. A little while later, we see Kai Chisaki walk out of the alley and asks for Eri. She doesn’t want to go, but Deku and Lemillion notice her fear and don’t want to let her go either; they know they’re not prepared for this altercation. Knowing this, Eri chooses to go back so that no one gets hurt, but in doing so, she only chooses to hurt herself.

After Deku and Lemillion had met Eri and Chisaki, they began to chase after her; They wanted to save her, even if it meant putting their lives on the line. Little did they know they would be putting so much on the line. After seven high paced episodes, the loss was imminent, but it was worth it; they saved Eri.

Micah 7:7 But as for me, I will look to the Lord; I will wait for the God of my salvation; my God will hear me.

I know for a lot of people, it may feel like there is no such thing as hope, but this is not true. When no one can hear you, God can. Where no one can see you, God has. There is no distance too far for God. There is no obstacle too big for God. God is willing to go further than anyone else to save you. God knows your prayers before they have left your heart, and he has heard your cries before you come before Him. He has laid himself down to save us, and there is such a thing as hope, and hope’s name is Jesus. 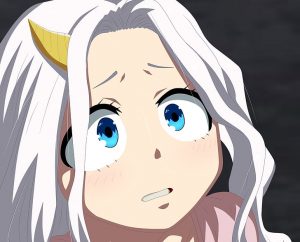 I pray that you come to know God in this way. If you are a person that feels no one knows your struggle, let your heart come in peace to Christ. He has heard you, and he does not tarry in His promises towards you. As you wait for God, let your heart know that God has heard you, and waiting in God is a beautiful thing that cannot be taken away. When you see Jesus, you see hope.