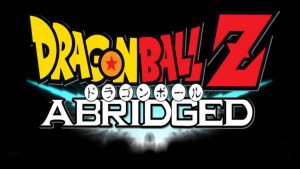 I recall the fall of 2008. I was a 13-year-old antisocial nerd who mostly hung out with a small group of similarly misanthropic young boys who were the kids of my mom’s friends. Every few weeks, I would spend a Friday evening with them playing video games, discovering weird flash games online like Kitten Cannon, or watching videos on Newgrounds. For me, this felt edgy and bizarre. The first time I ever watched a YouTube video was at the behest of my father because I had been led to that point to think YouTube was something a good Christian boy shouldn’t be spending his time on.

One night, they sat me down, and we watched the first few episodes of a web-series called Dragon Ball Z Abridged. I didn’t know what it was. I didn’t like anime, and I didn’t like swearing. This weird little incomplete story about a group of martial artists trying hilarious to defend Earth from a pair of all-powerful alien warlords caught my young attention, though. I impatiently sat through the next several months as the rest of the story arc completed, and by the time it was done, I was itching for it to be finished.

Over a decade later, I can’t begin to explain just how much of my mature adult life has been defined by the jokes and running gags this web-series has come up with. I have friends to this day with whom I can drop a line from this show, which they’ll complete on the spot.

If you’ve never seen Dragon Ball Z Abridged, the series is a satirical parody of the famed Japanese action-anime by mangaka Akira Toriyama. The series ran in the 1980s in Japan but was exported to the United States in the early 2000s, where it helped skyrocket the popularity of anime as a genre.

Team Four Star, the group that’s produced the abridged series, is comprised of a group of talented editors and voice actors who pooled their collective talents into a series. Dragon Ball Z Abridged lampoons the extreme length of the series, and it’s generally comedic tone down into bite-sized ten-minute episodes that make fun of the internal logic of the series, bizarre character decisions, and plot holes. The series is so well done that many fans who haven’t watched the original Dragon Ball Z series have been able to get introduced to the franchise through Abridged and were able to understand and follow the plot exceptionally well. Because of its excellent writing and sense of humor, the web series has become a favorite online over its decade long development. Sadly, it’s not something that could last forever. 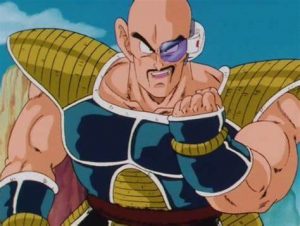 As was announced on February 6th, Due to a combination of creative burnout, continued copyright issues, and internal problems, the series creators, have made the difficult decision to pull the plug on the series. A subsequent YouTube video further elaborating was released on Team Four Star’s YouTube channel.

In theory, they could’ve extended the series on for another five years and finished the original run of Dragon Ball Z. Sadly, it appears that this isn’t in the cards. As fans of the series know, this point onward marks some of the weakest material of the series, which would’ve been a monster to adapt in any serious way. It’s in some ways better to end the series at its qualitative and thematic peak, which is what they did. When episode 60 premiered in late August of 2018, it felt like the series had finally reached its creative peak. The best moments of the show hadn’t just been covered; they’d been expanded upon and reevaluated in ways that improved on the source material.

The group attempted to work on a special based on the Bojack spin-off movie in the Fall of 2019 to follow-up the third season. They quickly realized that they were hitting a creative dead end and weren’t going to be able to build on the story they’d set up with the foundation the series offered without the quality of the show degrading.

Team Four Star has more than proven their creative acreman in the decade they’ve been working on the series. If they don’t feel that they can keep the quality of the show consistent, they’re more than justified in walking away from the series. They have other projects they can immediately start looking into, given the immense goodwill that the series has given them. The team did their first official dub of an anime with their release of the anime movie Hells in late 2018. These creators, no doubt, have incredible career options ahead of them.

Now, they’ve reached a point in the plot where the story dovetails into the best natural endpoint the series has. What we have in the sixty episodes and twelve specials is easily much of the best Dragon Ball content available for viewing. Even The Mary Sue went as far as to declare Dragon Ball Z Abridged the definitive adaptation of the story, above the manga and both mainstream versions of the anime.

That’s a major achievement for any fan project to be ranked above the quality of the original. It just goes to show what this scrappy web-series from a group of very talented professional fans was capable of evolving into. It started merely as a spoof and became something that had qualitative and loving criticisms of the show to add to the story. For it, Team Four Star is now amongst the most respected and beloved creators on the internet.

Without you all, I wouldn’t have discovered Dragon Ball, anime, or YouTube. It’s grown up with me, and I couldn’t thank you enough for all of the good memories and running jokes with my friends. I’ll never stop missing new episodes of Abridge to look forward to.

God Bless you all, and thank you for a great decade of entertainment! Here’s to more!