The History of Anime – Part 3

If you haven’t yet, you should go check out the first and second installments of this series, which cover the roots of manga, anime, and some of the names that helped generate the medium’s earliest waves of influence.

(Do me the favor of listening to the above video/song while you proceed through the rest of this article.) 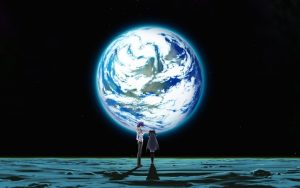 One hundred years after its introduction, anime has officially breached the new millennium and become a tour de force all its own. But as all mediums are destined to evolve with time, what form has anime has taken in the last two decades? Let’s explore anime’s global identity and many styles in our contemporary world.

For the sake of brevity, please understand I will not be covering every facet and nuance of anime’s evolution. There’s no feasible way to encapsulate it in a digestible amount of words. Still, I will do my best to overhaul the machine and give you the parts which matter most.

Anime. Nowadays, defining this word has become a firestorm in the appropriately-labeled “anime community.” Reddit is an especially controversial battleground, with moderators adamantly banning anything in the r/anime subreddit that does not adhere to their vague, predetermined philosophy of what anime is as a medium. And make no mistake, anime is a medium. There’s a misconception that anime is a genre, mostly due to the influence of streaming services like Netflix, which label it as such. But anime is a storytelling vehicle for as many genres as anything else (and more, if you account for things like shonen and shojo). There are mystery anime, horror anime, action anime, comedy anime, et cetera.

With so many styles and forms, anime is a tricky beast to pin down, and in certain online communities, people are downright hostile towards each other’s definitions. Popular series like Avatar: The Last Airbender and RWBY are particularly controversial in stirring up this commotion, though they’re not alone. Today, more than ever, “What is anime?” is a perfectly a good question to ask, because since the turn of the century–and especially these last several years–anime has evolved into something not as neatly categorized as the works of Tezuka back in the 60’s. In the 21st century, anime is daring to do something that would have caused fits of knee-slapping and scoffing if you’d proposed such a thing twenty-five years ago:

And with popularity, its fundamental composition is undergoing a necessary metamorphosis. It’s a slow burn, of course, but with the advent of our interconnected technological world, the medium is breaching the mainstream from several entry points. It is clawing its way into our peripherals, to the point that it can’t really be ignored anymore. This can be attributed to streaming services, among many other factors. 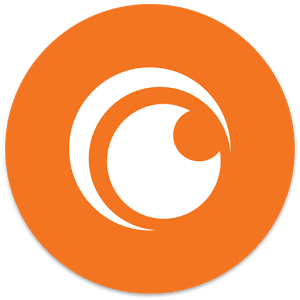 You’ve likely heard of Crunchyroll, which is currently dominating the legal anime-streaming scene. Before Crunchyroll and its ilk came into prominence, your options were to (1) watch anime on illegal websites or (2) wait for the physical media to go on sale (if that ever happened at all). In 2012, Crunchyroll had less than 100K subscribers, but in the short span of five years, it has since penetrated the one-million mark. If you haven’t heard of Crunchyroll, you certainly have heard of its competitors: Amazon, Hulu, and Netflix, to name a few. This latter-most corporation has really adopted the movement and taken honest strides towards preserving a positive reputation for anime and tapping into the latent potential of the medium. Most recently, Netflix was behind the live-action Death Note adaptation. 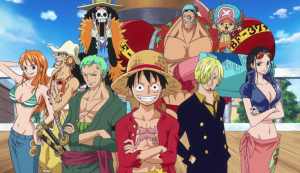 I mean… if you can make it work.

On that note, guess what we’re seeing more of in major Hollywood productions? That’s right: with Ghost in the Shell having dropped earlier this year, we’re only seeing the edge of an upturn for American adaptations to come out of the woodwork, including Cowboy Bebop (woooo!!), Naruto (okay, but why?), and One Piece (no, please stop). But adaptations aren’t the only thing invading the silver screen. Outside of Studio Ghibli, which has always had a presence in our theaters, we haven’t seen much in the way of anime films. That is, until Your Name came in and decimated all anime records. With a net income of over 350 million dollars worldwide, a 98% on Rotten Tomatoes, and a 79% on Metacritic, Your Name single-handedly redefined the rules of the game and threw wide the floodgates for more high-caliber productions like A Silent Voice to make a home in the wider focus of the entertainment industry. 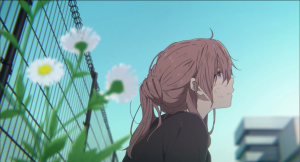 (This isn’t quite related, but if you haven’t watched either of those films, I implore you to do so–with tissues at your side, if you choose to brave the emotional maelstrom of A Silent Voice.)

Anime is becoming a global industry. China is of particular note, being that their bilibili.com is the most-trafficked streaming site on the internet (it’s legal, too!), and they’ve recently been adapting contemporary animation styles into their own works, creating hits like Soul Contract and, even more notably, The King’s Avatar. With strong products like this hitting the market, the already fragile qualifications of what anime is has started to crumble, allowing it to become something stronger that appeals to wider audiences.

All of this is added to by the power of Youtube, which acts as exposure of a different sort. Now we have reactions to anime, theories about anime, music videos set to anime. These, pushed out into the zeitgeist of the internet, could theoretically reach the eyes of billions. 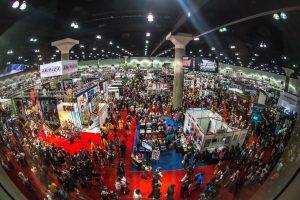 Nowadays you’d be remiss not to acknowledge the explosion of conventions, where fans old and new come together to see their favorite voice actors, artists, writers, podcasters, and cosplayers (and maybe do some cosplaying of their own). This is a community of people who, not long ago, were a sort of pariah, mocked and excluded from society at large for being weird and awkward. But now we can be weird and awkward together, which is something beautiful and exceptional. You cannot go to a convention and believe the people around you aren’t having the time of their lives. Those few days are often a sort of homecoming, with the rest of the year–the rest of life–being the filler episodes.

Maybe it’s not so dramatic for everybody, but I think my point has crossed. Anime is a niche that has grown into a fully-recognized culture on a societal, economic, and global scale. Would the anime godfathers of old be staggered by what we’ve become? Would they be horrified? Proud? Confused? 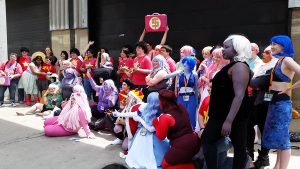 Probably some combination of all these things. But that’s to be expected. The way we define anime is no longer as important as where anime is headed from here and what it will become. How will we respect it and help it flourish? As it stands, we need to make strides to preserve the laboring animators who help create anime in the first place, seeing as the Japanese industry is currently fragile and could crash if poor working conditions don’t soon change (another thing Netflix is helping remedy.) Otherwise, we run the risk of letting the medium die a slow death. If you want to help, there’s the obvious advice of paying for legal streaming services. But even better than that, if you can afford it, buy hard copies of your favorite series and merchandise. That is the most consistently-reliable method of showing support. 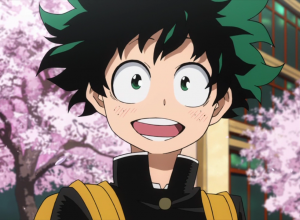 Thanks again to all of you who love anime and took the time to read our series about anime’s origins and the potential the medium holds for the future. If you want more for your otaku fix, make sure to check out GUG’s anime publications for related reviews, articles, and collaborations about many of the series I mentioned throughout these articles, and more.