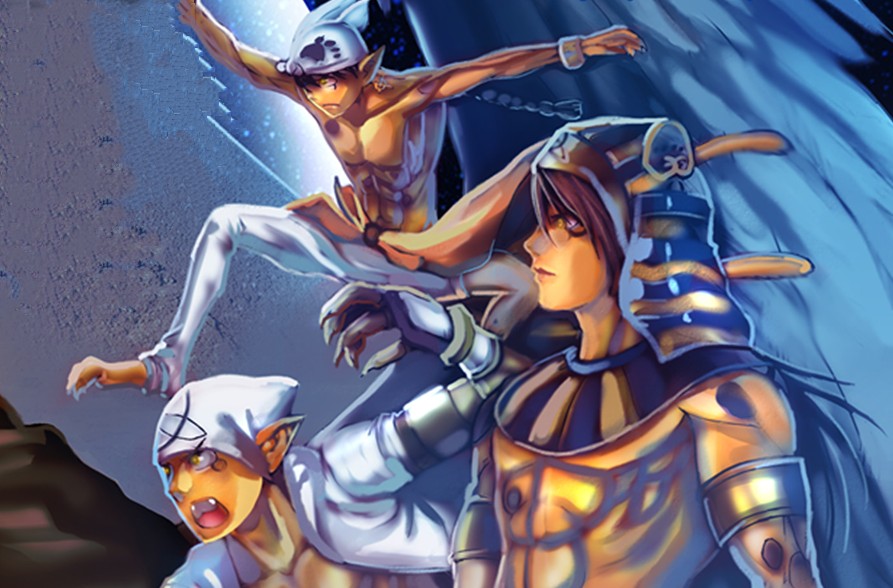 In 2015, Geeks Under Grace caught up with Kenneth Bright Jr., creator of the groundbreaking, upcoming Christian anime series, Prince Adventures. Though the anime is still in production, it already has a wealth of spin-offs in the works, including a light novel and comic books. Today, we sit down once again with Kenneth to hear about the revamped release of Prince Adventures: Genesis, the graphic novel prologue to the main series.

Q. First up, an ice-breaker question! Tell us something most fans don’t know about your favorite Prince Adventures character, Prince Nai Tehuti.

Great question! That’s easy. Albino Cheetahs have a major stink on them since the last one nearly took over the world. So, because of that, Nai was bullied when he was a kid, if you can believe that. 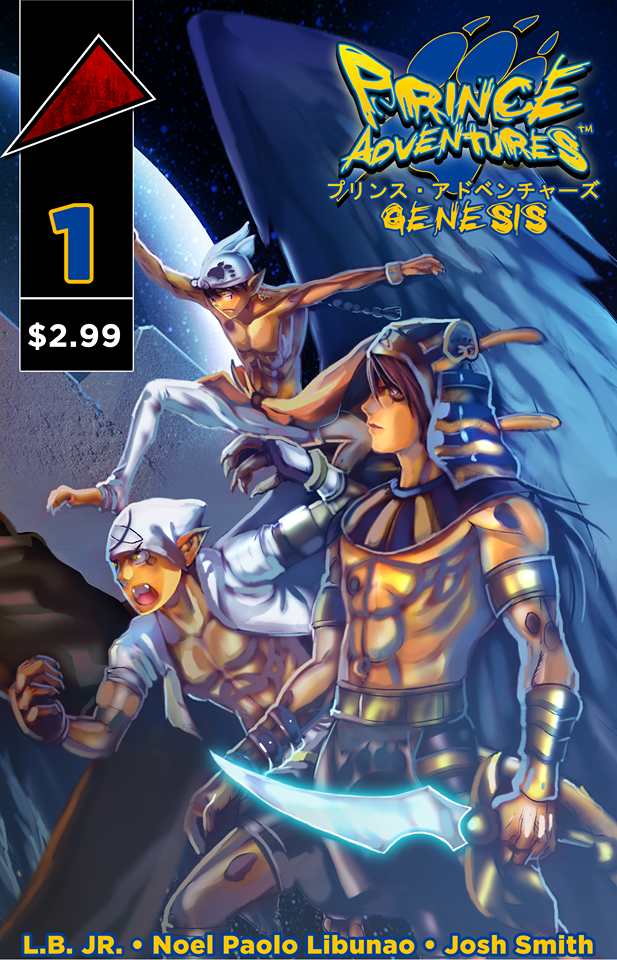 Q. Before we dive in, how about you give us a crash course on what Prince Adventures: Genesis is all about?

Sure! Simply put. Genesis is the prologue to the series. It shows and explains the creation of humans and humals (animal/human hybrids), the fall of Lucifer, and the original sin. It also gives a sneak peak of things to come.

Q. The first thing that grabs my attention when looking at Prince Adventures: Genesis are the front and back covers. How did you go about selecting the “right artist” for this comic book? What about their art style seemed to be the perfect fit for the Prince Adventures universe?

It’s funny. Those covers weren’t meant to be comic covers at all! They’re images from an old commissioned piece. Worked out perfectly, huh? Bramasta Aji did an amazing job.

Q. What exactly is a “bully first-bump”? Is this something we can expect the Prince Adventures fandom to begin using to identify other fans (kind of like the Vulcan Salute)?

Nah. Haha. Prince Dooshi was kind of being a jerk or “bully” when telling readers they better like Genesis!

Q. Prince Adventures: Genesis, true to its name, opens with a story of Creation very similar to the one found in the Bible. Aside from the obvious biblical connection, is there a particular reason you chose to use the Genesis account of Creation as your inspiration for Orion’s origins? 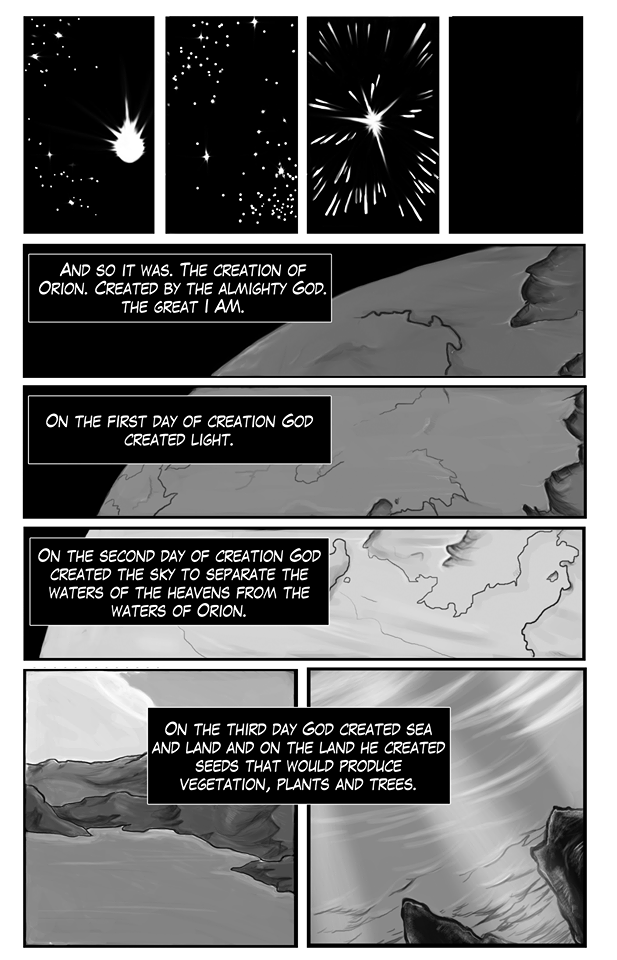 Prince Adventures’ goal is not only to entertain, but also to teach. PA is a faith-based series after all. I thought starting the comic off with the Creation story was perfect. The only fantasy part is the creation of the humals. One reviewer said it was perfectly done without being disrespectful to the Bible.

Q. In Orion’s account of Creation, the fall of man is caused by sexual immorality rather than the infamous forbidden fruit. This is a very specific sin to select as the cause of all human- and humal-kind’s woes. Why did you choose this particular sin? How will this sin and its consequences manifest throughout the rest of the Prince Adventures series?

Using sex as this series’ original sin seemed perfect to me. Sexual immorality is one of humanity’s greatest enemies and for some reason we’re turned on by interracial/interspecies relationships. Because of this, there is going to be some major resentment towards humals. They started it, haha!

Q. This prologue implies that there may be animosity between humans and humal cheetahs, specifically, because of their respective roles in the great fall. Does this tension/racism run as a common theme throughout the rest of the Prince Adventures story?

Yes! You’ll see this more as the story unfolds.

Q. Which of the Seven Kingdoms of Orion would you most like to live in and why?

Great Goshen because it’s the most blessed. I also love anything Egyptian or Egyptian-like. 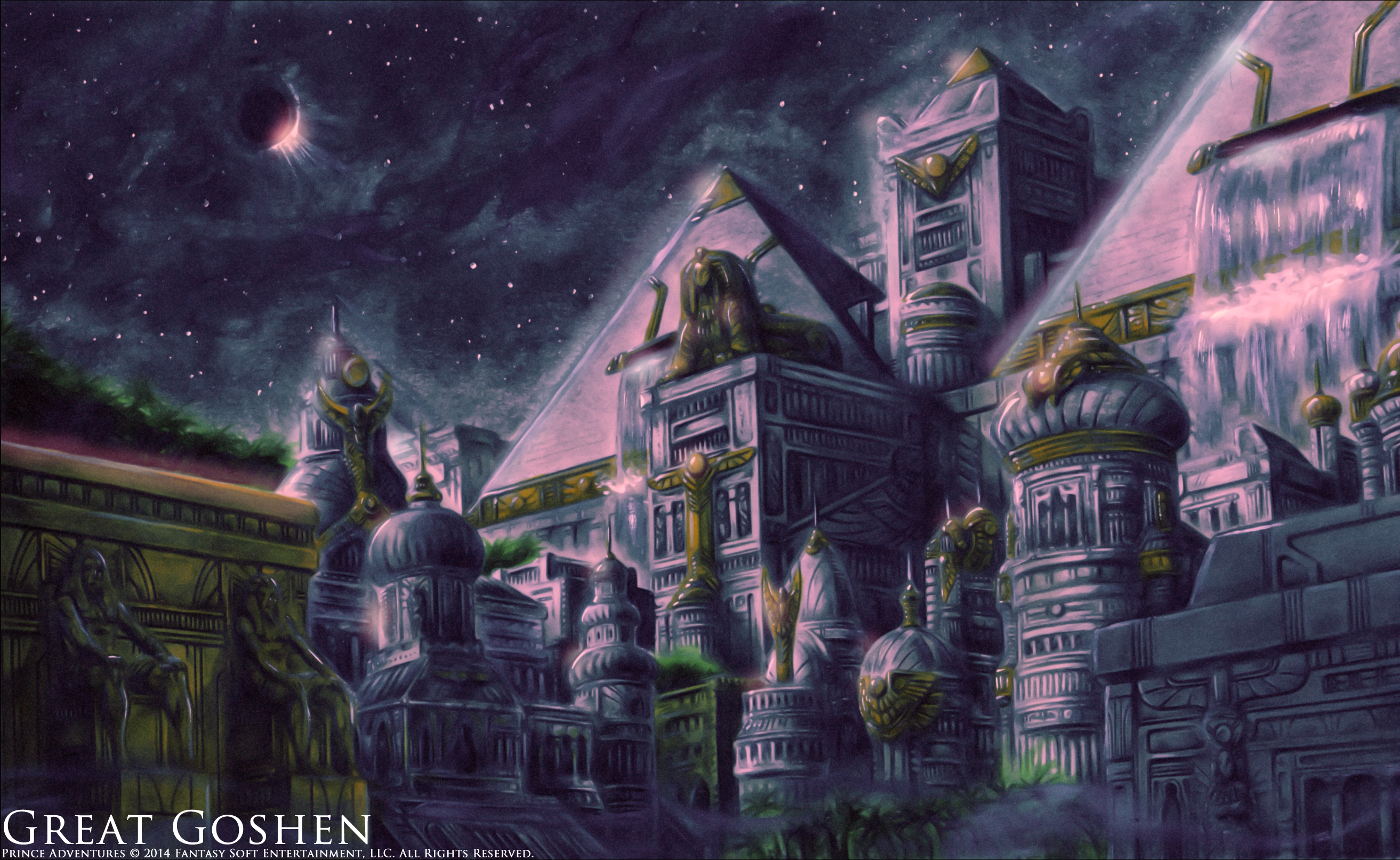 Q. Satan, like all other characters, is given an anime-esque makeover in Prince Adventures. How did you decide on his physical appearance and wardrobe? Where did the inspiration for his unique look come from?

My people didn’t think he looked intimating enough. So we changed his look a bit. HAHA! 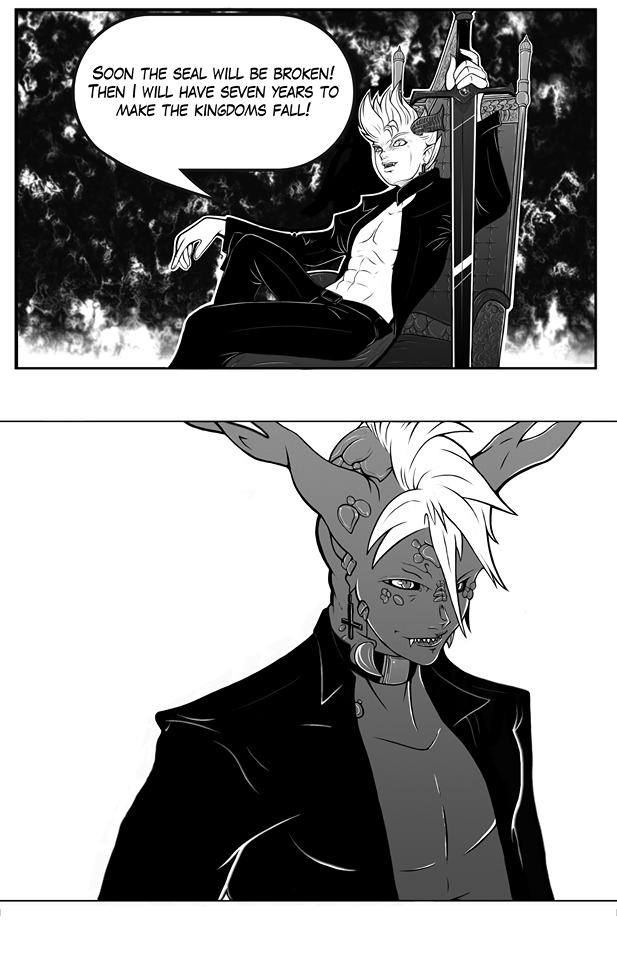 Q. There aren’t many fictional characters, let alone main characters, who are mute. What inspired you to design Akil, the youngest of the prophesied Trinity, this way?

I just thought it would be cool. It’s different. Not going the cheap route, either. Sign language in PA is going to be fully animated. That’s going to be so awesome.

Q. Prince Adventures: Genesis is rated M with good reason. It features demonic creatures and references to sexual activity (though nothing explicit is shown, some heavier stuff is implied). Why did you choose to make Prince Adventures a more mature story? What would you say to Christians who may feel that some of the content in Prince Adventures is too much?

I want PA to be raw, gritty and real like the Bible—a faith-based Game of Thrones. Read the Word. There’s some crazy stuff in it.

Q. This prologue really leaves us on a cliffhanger. Can you give us any hints as to what happens next? Looks like the Trinity will get to tangle with a particularly nasty demon… (Inspired by Mark 5:1-20, perhaps?)

Yes! The end of Genesis leads into the animated series. Hehehe! 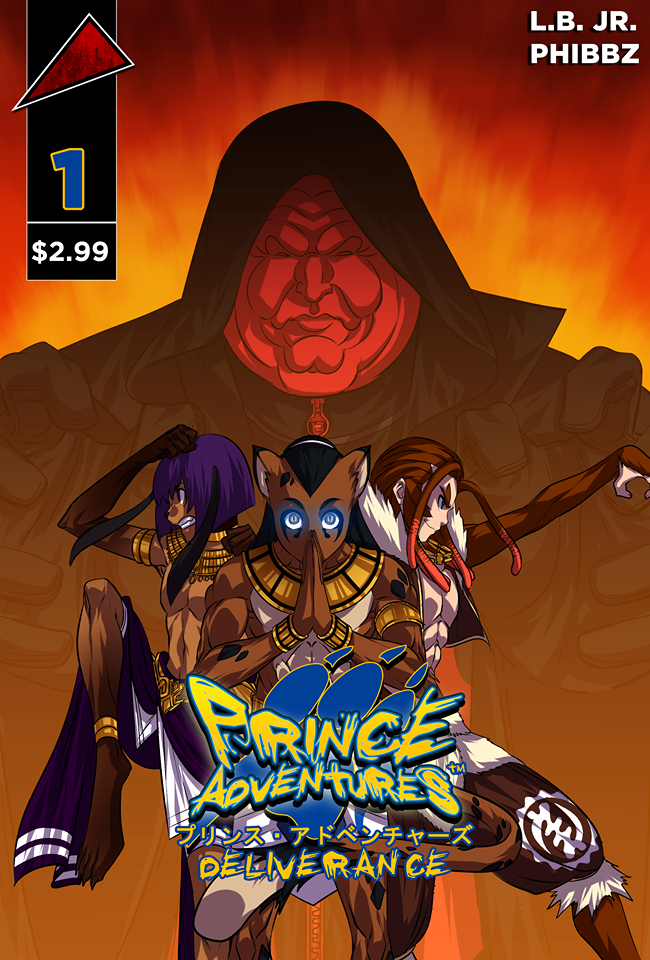 Q. You also have the first comic in a trilogy coming out soon called Prince Adventures: Deliverance. Can you tell us anything about that?

Most def! It focuses on the youngest prince of Great Goshen, Prince Zaph. He and his friends are commissioned by God to deliver an island from one of Lord Satan’s Soul Minions. This arc takes place a year before the main series. This is a very important series.

Q. What’s next for the Prince Adventures series?

Genesis, the prologue, is out and Deliverance will be released later this year. PA’s first light novel releases in early 2019. The story takes place three months before the main series. We hope to release the first season of Prince Adventures in 2019-2020.

Q. Do you have any new projects in the works—Prince Adventures-related or otherwise?

Q. Where can we buy Prince Adventures: Genesis?

Q. Where can we keep up with the latest in Prince Adventures?

To see what my studio is up to, visit https://www.fantasy-soft.com/. You can check out the official Prince Adventures website by going to http://www.prince-adventures.com/.

Geeks Under Grace extends its thanks to Kenneth Bright Jr. for taking the time to discuss his recently-released comic book prequel with us. For more information about Prince Adventures and Kenneth’s other projects, click on the links above!