Jin Mori is often seen as a carefree, fun and gentle person. He is always selfless and he loves to be around his friends, but in episode 8, we see a different side of Jin. For some reason, he is distant and sad and we are never given any reason as to what he is upset about. 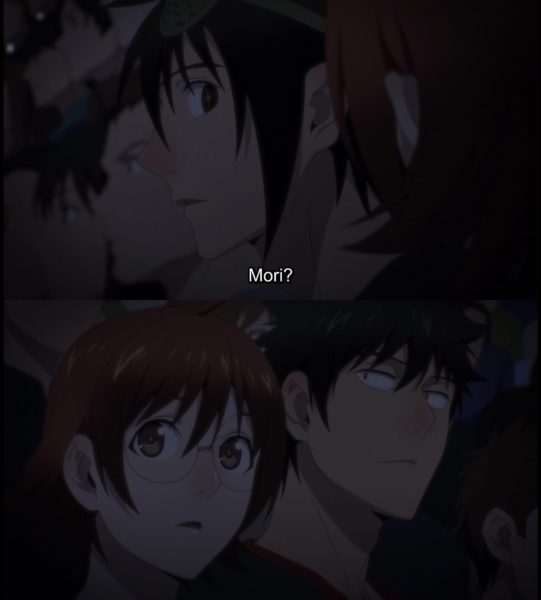 As the episode progresses, we see that his friends, Mira and Daewi, are trying to figure out what is wrong with Jin. As they go through their daily lives, they can’t shake the fact that something isn’t right. Eventually, we find Jin Mori at a park laying down on one of the benches alone. While there, Park Ilpyo approaches him. After an unexpected light spar, Jin asks, “What’s with the mark on your back?” Park simply replies, “This is my way of showing my respect for Jin Taejin;” Jin Taejin is Jin Mori’s grandfather.

After Park Ilypo shares his experience of Jin’s grandfather, Jin goes home. While at home, we find Jin staring at a photo hanging up on his wall: it’s a picture of him and his grandfather. As he’s there, Jin begins to reminisce about the last day he saw him. Jin begins to remember the last conversation that he had with his grandfather. Jin was 6 years old when his grandfather said he had to leave him but Jin didn’t want him to leave, even if it meant he could get hurt. His grandfather tried to encourage him by telling him to, “Grow up, be strong, and make lots of friends.” At the time, Jin said and believed he didn’t need friends to be any of those things. Since Jin wouldn’t budge on his belief, Jin’s grandfather asked, “What would you like for a birthday present?” Jin Mori wanted a photo of the two of them before he left. This is Jin’s only photo of him and his grandfather. 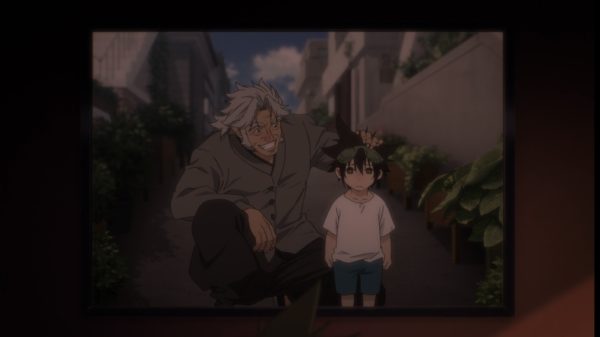 When the flashback ends, we see Jin once again on his knees in his living room, staring at the picture of him and his grandfather on the wall…Today is his 17th birthday. 11 years ago, his grandfather was leaving him and he lived his life alone with virtually no friends. Then a herd of muffled footsteps can be heard in the background and then a pop! As strings and confetti fill the air, the shout of,  “Happy birthday” fills it too. Jin is surprised. Then Jin asks Mira and Daewi, “How did you all know that today was my birthday?” They responded that their watches gave them an unexpected notification about his birthday. In his shock, Jin replies, “So you came all the way out here?” Then the gifts came. Food! Jin spent the rest of his evening with Mira and Daewi. They enjoyed eating and he enjoyed the gifts they brought, but before the night could end, Jin finally understood what his grandfather meant about having friends. Then, a photo of Jin, Mira, and Daewi is taken with huge smiles on their faces.

Two are better than one, because they have a good reward for their toil. For if they fall, one will lift up his fellow. But woe to him who is alone when he falls and has not another to lift him up.

In this day and age of technology, Facebook and Twitter, communication is virtually easy but it is also hard to make friends in actual life. Of course, we have technology and applications like Zoom and Xbox live to do the trick, yet there’s something about meeting people face-to-face that makes a difference. In scripture, we are told to enjoy fellowship with one another. Why? When we fellowship, we learn more about our strengths and our faults. Scripture proves this by saying, “Iron sharpens iron, and one man sharpens another” (Proverbs 27:17). Scripture also makes it clear that we need human interaction, especially for us who are in the church. The Apostle Paul declared in Hebrews 10:24-25, “…and let us consider how to stir up one another to love and good works, not neglecting to meet together, as is the habit of some, but encouraging one another, and all the more as you see the day drawing near.” It’s hard to encourage ourselves when we are alone, let alone stir ourselves up to do good when there’s no support and it feels hopeless.

It’s understandable that there are many times where we do feel alone. We may feel like Jin Mori. He was surrounded by people and smiled all the time, but once he was home he was alone. But just as how Jin Mori found friends, so can we. Friends are not people who cause problems (Proverbs 16:28). Friends are those who help encourage us to want to get closer to Christ (Romans 1:12). Friends are those who will pray for you (Galatians 6:2). Most importantly, friends are the ones who will bring you to Christ (Luke 5:17-20). 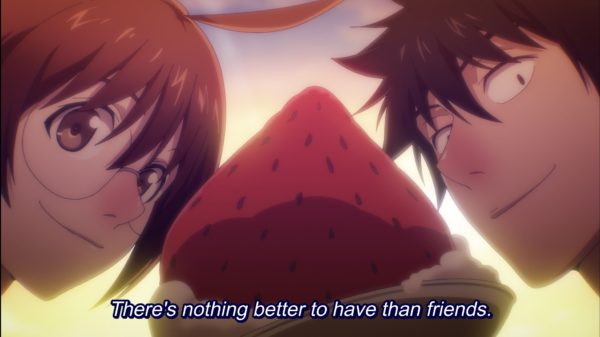 If at this moment you are someone who seems to have no friends at all, I urge you to come to Christ. If any person can be a real friend, it is Him. In Christ we have a friend that will listen to us, be present with us, and strengthen us when we are weak. Even Jesus said this:

“No longer do I call you servants, for the servant does not know what his master is doing; but I have called you friends, for all that I have heard from my Father I have made known to you.”