In Samurai Champloo, we follow a girl named Fuu who is seeking a man who “smells of sunflowers.” Throughout her journey, she does not tell us much of who this man is. Then one day, Jin and Mugen ask, “Who is this samurai we’re looking for?” After this question, Fuu finally reveals the samurai who smells of sunflowers is her father, Seizo Kazumi. As we journey with her through every episode, we find out more about Fuu’s father through stories and experiences people have had with him. Even though the stories were good and heroic, Fuu could only remember the pain she endured when her father left when she was a child. 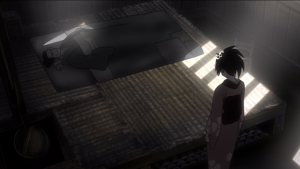 Eventually, Fuu finds Seizo, but not in the way she expected. He wasn’t strong or courageous; he was bedridden and waiting to die. He couldn’t stand and was losing his vision. As Fuu watched Seizo lie, she laid bare all she planned to tell him. With tears filling her eyes, Fuu couldn’t say what she wanted because Seizo was not the way she expected him to be. 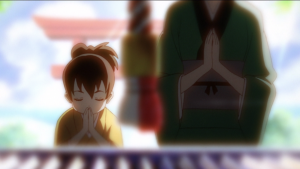 When Fuu uttered her final words to Seizo, she slowly headed towards the door. Seizo weakly turns his head, opens his eyes and says, “Fuu.” At that moment, Fuu is reminded of a prayer she prayed when she was a little girl. When her mother was alive, Fuu prayed, “Dear God, please hear my prayer. Once is all I ask. When I grow up, please let me meet my father someday.”

After remembering her prayer, a man named Kariya Kagetoki walks into the home and tells Seizo Kazumi he was hired to kill him. Seizo cannot run and definitely cannot fight. All Seizo says is, “Do what you have to. I am as good as dead already.” Kariya begins to ready his blade for the assassination, but before he assassinates Seizo, Kariya asks if he has any last words. 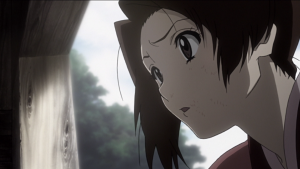 Seizo begins to speak with his last remaining strength and says, “Fuu… I have no right to ask forgiveness. I don’t deserve it. But you should know… Not a single day has passed when I have not thought of you and your mother. Please Forgive me.”

Forgiveness is one of the hardest things for us to do as Christians. It’s easy to hold on to the feelings we have had because they are real. It’s easy to remember the past because it was real. Yet, the biggest problem with not forgiving someone is the reality that those moments of the past that were once real are far gone. The Lord washes away the past. Christ calls us all to forgive each other, and in order for someone to forgive, we must learn to love first.

“Above all, love one another earnestly, since love covers a multitude of sins.”

Love is the first fruit of the Holy Spirit (Galatians 5:22). It is the evidence to others we are of Christ because if we don’t love, we don’t know Christ (1 John 4:20). It’s understandable if we choose not to forgive, because honestly, life is not always fair. Yet when we were still sinners, Christ died for us (Romans 5:8). Sometimes we will have to go through things because of the actions of others, and most times we will go through things because of our own actions. Forgiveness is a choice that has nothing to do with the person who causes the offense, but with the person whom we offend. Sometimes we will have to choose to forgive, even if the person never asks. Other times, we will have to ask for forgiveness, even if we don’t feel as if we deserve it. Forgiveness is the evidence of Christ. In order for us to forgive, we must love. 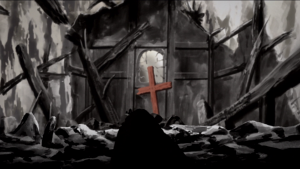 Long ago, Seizo Kazumi was ordered to be killed because he was a Christian in a Japan. He was the first of many during the spread of Christianity in his time, but Fuu could not comprehend the danger she was in when she was a little girl. Although Seizo didn’t want to, he left his family to protect them. Even though she was hurt by his ‘abandonment,’ we are shown that Fuu still prayed to God. Fuu couldn’t forgive him at first, but at the end of the season, we understand that she did. Although we never heard her forgive her father, her peaceful smile spoke for her as she said goodbye to Mugen and Jin, her friends. She no longer had to repeat the past because she left it there. She left in joy of what’s to come as she left everything else behind. Forgiveness requires us to love, and joy is the second fruit of the spirit that proceeds love (Galatians 5:22).

I pray you receive joy as you begin to forgive again.