In Episode 74 of My Hero Academia, Lemillion is the center of attention. When the heroes decide to raid the Yakuza hideout, Lemillion rushes in to catch up to Eri; Eri is the little girl that is being held hostage by the Yakuza due to her quirk (power). After rushing through long and confusing hallways, Lemillion catches up to Chisaki, the head of the Yakuza. Once he sees Chisaki, Lemillion tries to race to Eri, but before Lemillion could get close, Chisaki uses his quirk to slow Lemillion down. Through Chisaki’s quirk, he begins to mold and erase parts of the ground, making the path deadly and unpredictable. 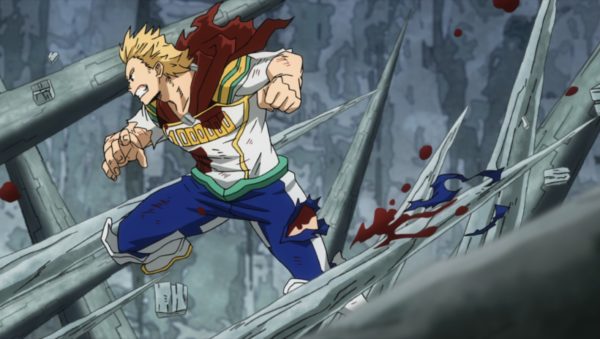 While Lemillion was a short distance away, Chisaki began to question Lemillion about his recent life decisions; particularly the ones that included Eri. Chisaki tried to make Lemillion feel guilty for his initial decision of letting Eri return to Chisaki when they first met. This made Lemillion’s mind fill with regret, but Lemillion couldn’t let Eri stay where she was being hurt. Because of his regret, Lemillion rushed in despite the odds.

While he was mocked for his past actions, Lemillion continued to fight regardless of what was set before him. As his shame flooded his thoughts, he marched on. He didn’t deny his regrets. He admitted the guilt of his decision of letting this little girl return to her hurt again. She didn’t deserve the hurt she was receiving, yet Lemillion couldn’t argue that he was the reason for her hurt. Eri was here because of his choice. Although these thoughts raced through his mind, Lemillion pushed on, and as he fought, he finally declared “I’m going to make sure she has a reason to smile!”

“Greater love has no one than this, that someone lay down his life for his friends.” 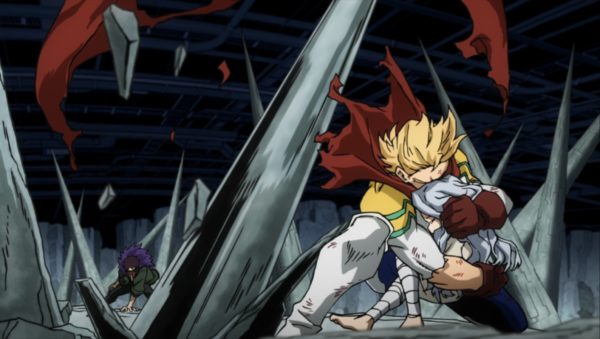 What’s amazing about Lemillion isn’t his power, but the fact that he chooses to save a ‘friend’ who hasn’t considered them a friend yet. As Lemillion fights to save Eri, Eri is terrified because of the true horror that awaits for his decision. As Christians, we hurt and we hurt others. Sometimes we get what we deserve, and sometimes we don’t get what we truly deserve. All suffering and hurt stems from sin, and our fallen world exists because of Adam’s disobedience to God. But grace comes from the Love of God towards us.

While Jesus utters the words of John 15:13, we don’t realize what Christ is saying when he says “greater love has no one than this, that someone lay down his life for his friends,” but If you read John 15:12, Jesus says “this is my commandment, that you love one another as I have loved you.” In this small excerpt, Jesus foreshadows the way he would die and his reason for dying. Although the disciples did not first understand this, Christ knew that they eventually would.

Jesus was condemned to crucifixion as a sinner full of sin, but Jesus was never guilty to receive the punishment he did. He did not get what He deserved, and neither did we get what we deserved. When Jesus uttered the words He did in John 15:13, Jesus exemplified His love towards all humanity through the cross (John 3:16). 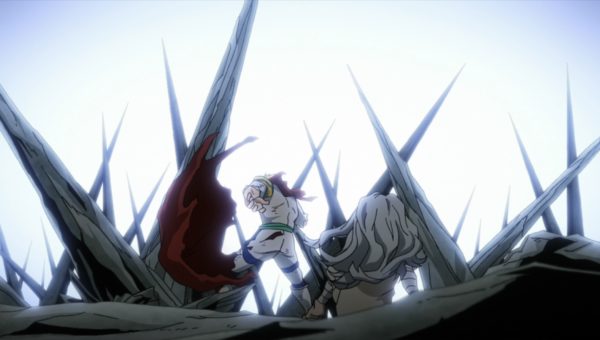 When we look at Lemillion, Lemillion voluntarily placed himself in a horrible situation with one thing in mind; Eri. It didn’t matter whether he made it out alive or not. All that mattered was the end result. He wanted her to have a reason to be happy because in all her life, she never experienced joy.

In the Bible, Christ voluntarily places Himself on the cross with one thing in mind; us. He knew what lied ahead, yet he continued on. Although He was guiltless, He allowed himself to be treated as guilty. Christ loved us so that we wouldn’t perish and die away from Him. Christ died so we may have hope, joy and peace, but in order for us to have those things, Christ had to be crucified. In this, we see how God loved us first (1 John 4:19). 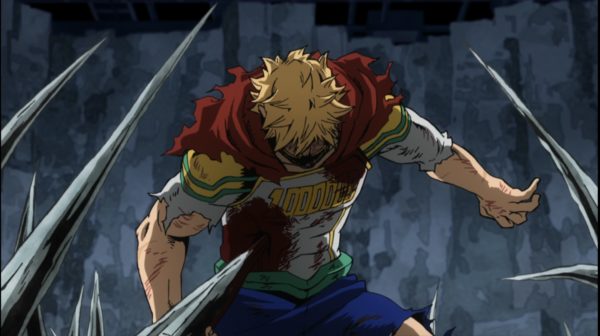