November 6, 2017 / Cooper D Barham
Seeing how anime comes from a different culture than most audiences reading this article, I think it’s important as consumers for us to recognize some of the words and phrases that crop up while we watch (or read) our favorite series. People who have been indoctrinated into the world of manga and anime for a while will recognize most of these automatically. They’ll also notice this is far from an exhaustive list, as I don’t want to write a dictionary for you. These are just a couple dozen of some of the most imperative terms to know, either so you can better understand what you enjoy, or better avoid what you’d rather not watch. I will not be covering any of the honorifics by which characters address each other (such as when it’s appropriate to use “-chan,” “-kun” or “-senpai,” as that would require its own article (or a quick Google-search to at least get your feet wet).

Baka (“Bah-kah”) – A catch-all insult against one’s intelligence. Typically translates into “idiot,” but could be more severe depending on the tone, as Japanese is a heavily tonal language. 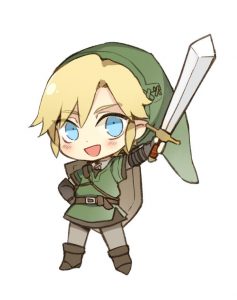 Chibi (“Chee-bee”) – An art style which is meant to convey cuteness and innocence. Typically, chibi characters have disproportionately large heads and tiny bodies, with other emphasized features generally considered to portray cute things. See “kawaii” below, for more details.

Ecchi (“Ay-chee”) – A sub-genre defined by sexual pandering, without becoming strictly “explicit” (insofar as anime defines it). There’s rarely direct sexual action, but some common tropes include seeing characters almost nude, the particulars covered by some non-discreet element like steam or leaves, seeing somebody in their underwear, or chest-groping. The more explicit version of ecchi is “hentai,” defined below.
Fansub/Fandub – Custom edits to language, made by consumers of anime, usually for the purposes of making a series available where it otherwise wouldn’t be, or for humor, as often seen in abridged series.
Harem – Considered a sub-genre unto itself, harem series aren’t necessarily ecchi, but often are to some degree. The most common incarnation of this genre is an attractive male being fawned over by several women, though reverse-harems where the gender roles are switched do exist.
Hentai – A sub-genre characterized by overtly sexualized plots, imagery, or characters. The more explicit evolution of ecchi. Basically, anime porn.
Husbando/Waifu – Transmuted versions of the words “husband” and “wife,” made to sound Japanese. These are characters which a fan will consider to be their anime equivalent of a celebrity crush. Naturally, this is a point of heated conversation nearly everywhere you find it, as people tend to become emotionally attached to their chosen characters and thus are more defensive against contrary opinions.
Itadakimasu (“E-ta-da-kee-mah-su”) – A ritual phrase stated before eating a meal. Translates to anything resembling “Let’s eat!”
Kawaii (“Kah-why”) – Hello Kitty in a nutshell. Technically translates into “tiny,” but is often associated with anything which is cute (usually because it’s tiny). For example, “Horsea is one of my favorite kawaii Pokemon.”
Kodomo – Directly translates to “children,” but in the context of anime, you’ll probably find it referring to a program or product aimed at younger audiences. Is also used as a loose-fitting genre for some series, similar to shounen and other genres, as mentioned further down the list. 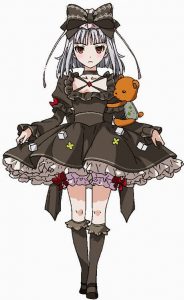 Lolita – This one is tricky, because it has broad and specific definitions. A fashion slanted towards the 19th century, for girls specifically. Knee-length, puffy skirts, lacy blouses, head dresses… You know what, just look at the nearby picture for an idea of how Gothic-style lolita appear. They aren’t always decked in black, but you’ll get the right idea.

Mangaka “Mahn-ga-ka” – A creator of manga, the Japanese equivalent of comicbooks. Most often employed to work on the weekly or monthly serialization of a recurring series. Often does both the writing and art. 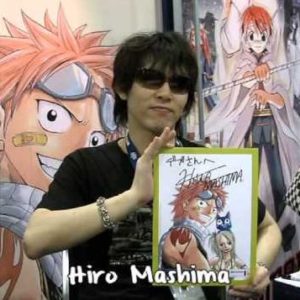 Moe (“Moh-ay”) – A slang term so broad that any one definition won’t be able to cover it. On a contemporary level, it is often used to describe a certain character design type that strongly appeals to the viewer’s deepest feelings. Most easily summed up as a cousin-concept to “kawaii,” as all moe things are cute.
Otaku (“Oh-tah-ku”) – A derogatory slang for “nerd.” Typically used against people who are obsessive to the point of being socially inept.
OVA – Official Video Animation. Not a standard episode, nor a movie. May or may not be canonical. Lengths may vary.
Scanlation – The manga equivalent of fansubs. Fans will translate and edit text over the Japanese of an original release. These exist because there are otherwise scarce few ways to get manga as it drops on a weekly basis.
Seinen/Josei (“Say-nen” and “Joh-say”) – Genres classified mostly by the age of the target audience. Seinen is for adult men, josei adult women. These are the more mature versions of shounen and shoujo. Each possesses certain expectations and tropes, which makes them hard to define without using dozens of examples.
Shounen/Shoujo (“Sho-nen” and “Sho-joh”) – Much the same as seinen and josei, in that they are genres classified by audience age. Shounen is for young men and shoujo for young women, ranging between 12-19 years old. As with their more mature variations, each of these has a gallery of tropes that make them stand out as distinct, umbrella-genres. 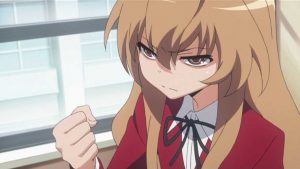 Taiga from “Toradora.” The poster-child for the tsundere archtype

Tsundere (“Soon-dey-rey”) – A character who is cold on the surface, but warm underneath. For a Western example, think Raven from Teen Titans, though there’s hundreds of other options which are equally valid. This is a common archetype, as it comes with at least one built-in character arc.

Weeaboo – Slang used to describe somebody who is (typically) non-Asian, and prefers Japan and Japanese culture, believing it’s superior to their own.
Yaoi/Yuri (“Yao-ee” and “Yur-ee”) – Literally, “Boys Love” and “Girls Love.” These are sub-genres used to categorize series which possess some degree of homosexual narrative. 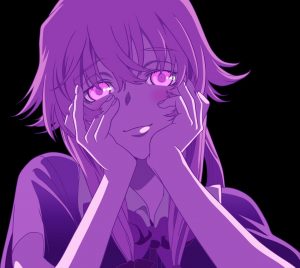 Some are just *completely* insane.

Yandere (“Yohn-dey-rey”) – A portmanteau of the Japanese words for “to be sick” and “to be deeply infatuated.” A yandere will be used to reference a character possessing unhealthy romantic affections, usually directed towards the protagonist. These characters will do everything within their power to make that person love them, and frequently develop some measure of psychopathy over time, if not from the very start.