Our Favorite Chaotic Anime Characters: The Problematic to the Simply Evil

Happy Holidays and Merry Christmas otaku legions of the internet! Welcome to Geeks Under Grace’s monthly collaboration article, where the conversation is merry, the topics are riveting, and it definitely only took two minutes to figure out the headline of this article. This month’s piece covers perhaps the widest spectrum of any subject we’ve ever tackled. We wanted to take a look at some of our favorite anime characters who have mental illnesses—specifically, mental illnesses with an adverse affect on the world around them. 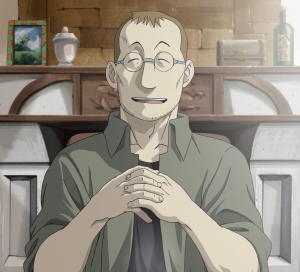 It has reached a point in some friend circles where my friends assume that, in any given piece of new media, my favorite character will be the “insane” one. This is not always the case, but is probably true more often than with most people. I love the elite sociopathy of Azula, the heartsick madness of Yuno, the anarchistic playfulness of The Joker. But in this article I wanted to write about Fullmetal Alchemist, as it’d been a while since I talked about that series. This opened many doors for me, as the roster of available characters who fit in our spectrum is long, even just in that one series. Should I choose Wrath, who mercilessly cuts down anybody who gets in his way? Or maybe Envy and his laundry list of genocide, child murder, and manic manipulation of human beings? I could always go the easy route and choose Shou Tucker, an internet-famous father, made notorious for the illegal, horrifying human experimentation performed on his own daughter.

In the end, I decided to go with none of them. Instead, I went a little further down the well, to a character I usually forget about until I see him again and remember oh yeah, this guy.

Solf J. Kimblee is of the calm, calculating type. He is not prone to anger or impulse, and possesses an abundance of patience. He is also a stone-cold weapon of the military, who enjoys the art of murder so much that even in the midst of genocidal extermination, his own comrades were terrified of him. Nicknamed the “Crimson Alchemist” for the sheer quantity of blood he’s spilled, Kimblee embodies sociopathy more efficiently than anybody else in Fullmetal‘s gallery of rogues. Armed with a sharp wit, charismatic charm, and keen sense of social style and presence, Kimblee is tasked with many high-level responsibilities from the very top of government command. So consistent is he in his execution, he is able to present a threat to many characters throughout the series, and go toe-to-toe with people who at first glance would seem entirely outside of his weight-class, including the alchemist-killing Scar. It is Kimblee’s sole ambition in the world to slaughter every last member of the Ishvalan race: whether man, woman, or child.

But the scene that I feel best represents Kimblee is when he is first released from prison. While we’ve seen Kimblee a few times up to this point, it’s mostly been in passing. His release functions as his formal introduction, and we have our first real taste of what to expect of the Crimson Alchemist. As he is escorted out into the light of a new day, dressed top-to-bottom in a white, three-piece suit and fedora, he turns and offers his hand to the warden, who until this moment kept him behind bars. With a sneer of derision, the warden takes Kimblee’s hand in his own.

Alchemic lightning indicates something has changed. The warden hurriedly pulls his hand away to find a bomb—Kimblee’s specialty—wrapped around his wrist. He struggles to yank it off as the bomb clock, a menacing black contraption with a skull on it, ominously clicks towards detonation. His coworkers step in to assist, panic wrought in their voices. The warden pleads and begs for his life as the final few seconds pass, screaming for Kimblee to help him. It’s to no avail. Kimblee smiles.

A little birdie pops out of the clock, chirping coo-coo’s as it bobbles back and forth on a spring. The warden is on his rear, drenched in sweat, as his comrades continue to brace for the explosion.

“It’s nothing but a harmless toy,” Kimblee grins as he puts on his hat and walks out the front gate. “I thought you could give it to your kid or something.”

And the gates of the prison close shut behind him, locking the monster outside. With us. 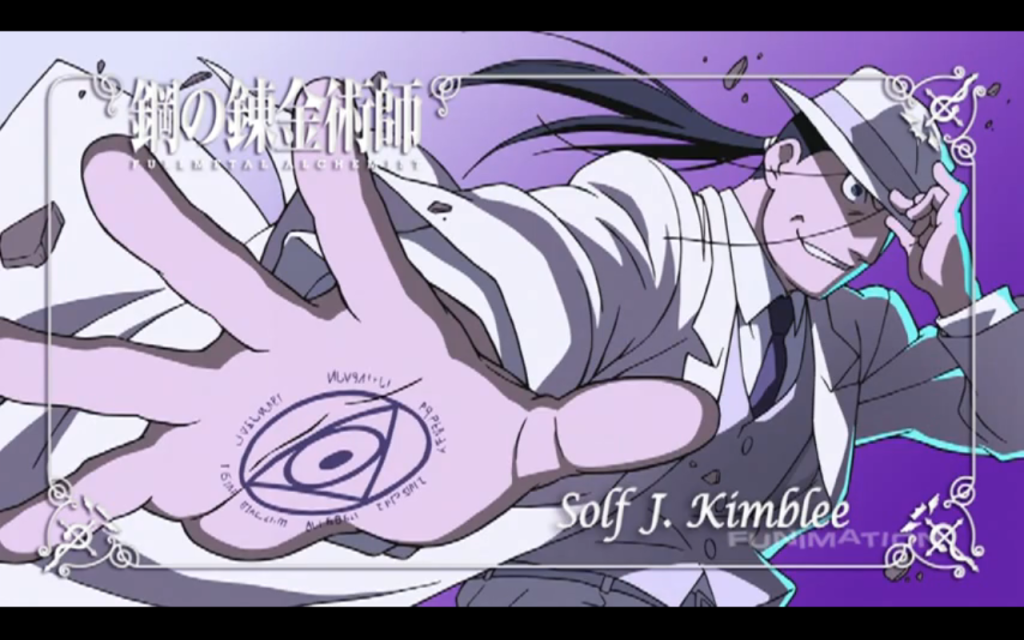 Kenshin Himura from Rurouni Kenshin is one of those characters where separate movies, series, and story arcs were explored apart from his main series. These make him an extremely well-developed anime character. This is a very simplified explanation, but essentially Kenshin was once one of the best assassins and “weapons” in his past life, and a series of events eventually led him to change his path to that of righteousness and light, as he attempted to leave his previous life behind in a form of repentance.

(I talk about more about Kenshin’s story relating to that of the apostle Paul here.)

In this new outlook and way of life, Kenshin reverses his blade so the lethal end is on the opposite side of where he would hit someone. So instead of killing wrongdoers, he would incapacitate them through blunt strikes to prevent more harm done to innocent people.

However, what’s interesting in his character is the way his past self reemerges when things get really heated. Demonstrated throughout the series as a sort of dual personality, whenever the fun-loving, playful, and timid Kenshin gets into a situation where a real threat presents itself, he “summons” (or is overtaken by) his assassin instincts, causing him to go into a “killing” mode that is apparent in his changed demeanor and focus. This is most likely the main reason he has reversed his blade; when he gets caught up in this, he goes into a sort of “auto-kill” mode, so the blade can be said to protect him from himself.

For this reason, and because of the many spin-offs and adaptations people have created for this character in particular, I believe he’s one of the most interesting characters the anime world has to offer. 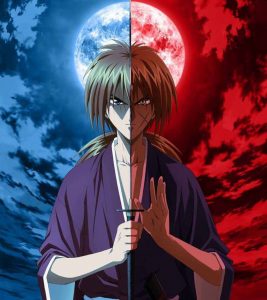 Tomura Shiguraki is one of the main villains in My Hero Academia and he definitely has something going on. See, Tomura isn’t terrifying because he’s scary, or because he’s a wicked-smart schemer, or because he commands order over a large group of villains. Those all contribute, sure, but he’s terrifying mostly because he’s volatile and unpredictable. One minute, he seems cold and calculating—the next, he’s throwing what almost seems like a child’s tantrum over not getting his way. We see him both talk with Midoriya and pass up a chance to kill him easily, yet also laugh as he watches a portion of city get terrorized by the Nomu. When Tomura shows up, you never know which Tomura you’re going to get. Beyond that, you almost feel for the guy after a while. When he gets into tangents about how he’s just trying to make a place for people like him to fit in—people who society would never accept as popular “heroes” for various reasons—you almost want to take his side. However, when he goes back to feeling no remorse for slaughtering folks? Well, suddenly you’re reminded of just how villainous he can be. I’m curious to see how he changes in Season Four!

Another noteworthy villain in My Hero Academia is Stain. Stain became known as the Hero-Killer because all he does is slaughter heroes. However, despite his slaughter, he does it all out of a warped sense of justice. His only interest is killing “false heroes,” those who are just in it for fame, money, and public recognition. He also thinks unnecessary bloodshed is bad. Yes, a killer who doesn’t like “extra” bloodshed. His convictions and views have taken root so deeply in him that he’s become single-minded in his warped pursuit. He’s turned himself into a martyr, seeing what he does as for the good of the society which rejects him for it. While he’s wrong on many levels, his strength of conviction is admirable. It became problematic, however, when his own convictions grew more important than the law in his eyes. His defeat even encouraged others to follow his cause, once again overruling the law. All that said, he really is a fascinating character. I wish he’d been present for more of the show.