Our Favorite Humor in Anime 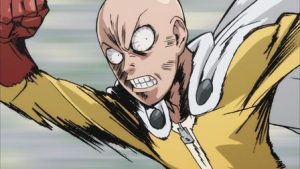 Greetings, giggling and guffawing geeks of the internet! Welcome to the Geeks Under Grace anime department’s monthly collaboration article. We are going to try taking a crack at a different sort of theme from our usual gallery of ideas. This time our writers were tasked with penning something about their “favorite humor in anime,” whether this means a whole show, a certain character, or even a specific joke that was particularly memorable to them. No bounds were placed, it just needed to be related to something which made them laugh. The answers were appropriately varied.

See their answers below and we hope you enjoy! 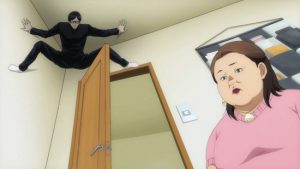 It seems to me that many anime have some comedic element, even when it’s not meant to be a comedy series. That’s one of the things I enjoy about anime: they can navigate through pretty deep themes while at the same time balancing those themes with humor.

Now, I haven’t watched many comedy-focused anime, but when it comes to my favorites that weigh more on the comedic side, I would probably start with The Devil Is a Part-Timer! I feel like I shouldn’t count that show, since I haven’t finished the entire series, but the concept and what I’ve watched so far definitely put it near the top for me.

For the shows that I’ve actually finished to the end, I would say my top two are One-Punch Man and Haven’t You Heard? I’m Sakamoto. I’m not sure One-Punch Man was solely meant to be in the comedy category since it’s also a battle anime, but I thought elements of it were hilarious. Haven’t You Heard? I’m Sakamoto also combines feel-good and drama elements with a light-hearted, humorous undertone to the point where I wouldn’t consider it exclusively comedy, either.

Like I said, one of the things I really like about anime is its nature of combining many elements and genres into a dynamic presentation of a story. 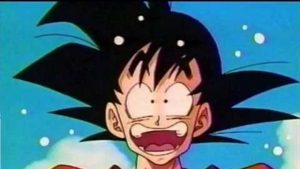 Something I have always enjoyed in anime are the unlikely main characters. These are the characters everyone mocks or underestimate. This is either for the silly things they might do, their appearance, or their status. The comedy involved with these heroes usually involves eye-rolls or overreacting when they are the butt of the joke.

I hate to go for the obvious one, but Goku is a prime example of this kind of hero. The rest of the characters will stare in amazement as he eats tons of food, then in the same day he could fight a villain and be completely entertained as his friends stand in fear. His carefree attitude is what brings this sort of comedy to the table and makes him a lovable character.

Another great example, covered in a recent article, is Vash the Stampede. He is someone who doesn’t take things very seriously. Combined with that is his pacifist nature, which makes every encounter entertaining. The icing on the cake is that Vash is a cold-blooded killer to the public eye, but doesn’t like killing and really loves donuts—a total opposite to how the world perceives him.

This kind of comedy is surely a trope, but it’s one I really love. These kinds of characters have their own personal goals while feeling relatable. Saving the world and beating up the bad guys isn’t all they’re here to do.

While I could go through a laundry list of characters and shows which made me bust a gut, I’d like to be a little more microscopic in my choice for this theme. I want to guide your attention to the scene from Full Metal Panic! Fumoffu where Sousuke challenges the karate club. To the layman, all you need to know about Sousuke, at least insofar as this intermediary season of the show is concerned, is that he approaches every situation—no matter how appropriate it may be—with militaristic temperament and precision. In other words, when he decides he must accomplish his mission, he will do so no matter the means or the cost. In this case, that means cheating. 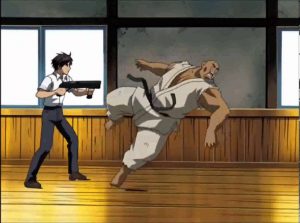 In a classic series-of-three joke sequence, we watch as the rules are explained to the austere Sousuke, who then completely fails to follow them. He does this not out of malevolence, but as a person who naturally exploits loopholes, especially when his friends are at risk. His opponents provide their rules, assuming Sousuke will meet them half-way with an inherent sense of sportsmanship. But lo, that is their folly. With each of the three “fights” to follow, we watch Sousuke pull some hackneyed hammer-space shenanigans, get chastised by his companion Kaname for bending the rules, and then follow as he molds his strategy to continue manipulating the tide of the battles in his favor with each new parameter placed onto how he should fight. As an audience, we see his brain twisting the rules over and over, and delight in the slapstick execution of his defeat of the entire dojo. This is Fumoffu at its finest and if you haven’t seen it but enjoyed the brief clip shared above, I suggest watching the entire thing. It’s tonally different from the main Full Metal Panic! narrative, and can be enjoyed independently from the rest of the franchise. Though, you should watch that too, it’s pretty great.

Thank you all for reading this month’s collaboration. If you have any suggestions, leave a comment, otherwise look forward to our team article next month!