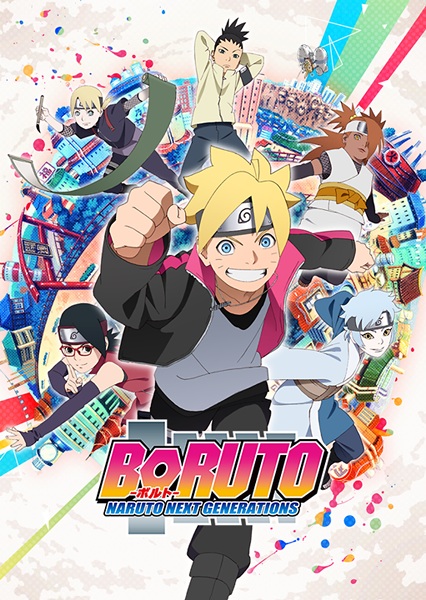 Spanning episodes 1-14, Boruto: Naruto Next Generations‘ first complete arc is the formal successor of shonen smash-hit Naruto. Developed by Studio Pierrot, it sets the stage for the next era of adventures in the village of Konoha. Will Boruto be able to shine in his own way and not be eclipsed by his father, the heralded Seventh Hokage?

The first arc of this anime is a completely original story, separate from the canon of the Boruto manga.

Spiritual Content: Without delving into nuance, there’s a sort of “possession” that regularly consumes the minds of the characters, driving them into a frenzy. In this state, they attack without discrimination for friend or foe, man or woman, adult or child.

Violence: Minor blood. Weapons such as kunai knives, shuriken, and various bludgeoning instruments are used regularly, but rarely cause harm. Action scenes involve a lot of hand-to-hand combat. Jutsu and chakra (the power curriculum of the series) are utilized to do a number of things, such as shoot fire or slice objects apart with wind. No fatal injuries are incurred from the use of these powers.

Language/Crude Humor: None, at least in the Crunchyroll translation.

Sexual Content: Nothing explicit, though we do see a girl’s bare back.

Drug/Alcohol Use: None, though one character is accused of drinking too much when aforementioned spiritual possession causes him to be hostile.

Other Negative Themes: A key point of the series is Boruto’s aversion and consequent rebellion against his father, Naruto. Boruto vandalizes a local monument and accidentally crashes a train into a mountain. In addition to Naruto’s negligence and disengaged attitude toward his son, there is a recurring theme of fathers being abusive towards their children in one way or another. One father actually strikes his son. Another father viciously trains his daughter and intentionally puts her in situations where she could get hurt. A character revealed at the end of the season is driven by lifelong vengeance.

Positive Content: Boruto aims at a younger audience than even the early years of Naruto did. Because of this, the tone is ultimately lighthearted, despite its splashes of serious material. There is an aura of unity in every episode: protecting others, self-sacrifice, honor, and friendship. So much friendship. It is very much a shonen show, through and through. 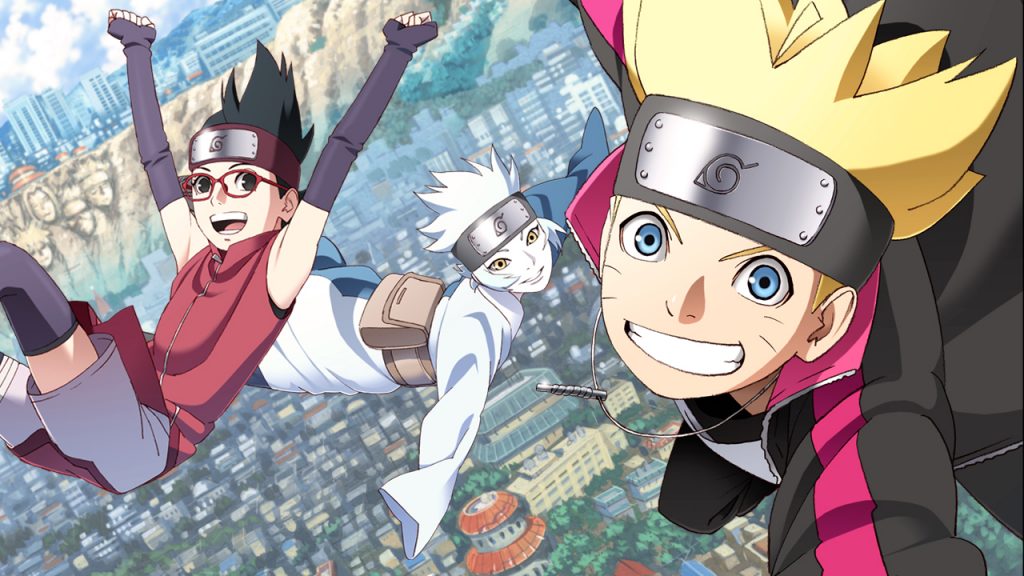 Boruto does many things right… and others, not so much. At the conclusion of this first arc, I admit I felt a little soured, which is unfortunate because the first episode is amazing. Mind you, I didn’t think the season is bad. It introduces a wide net of characters, not all of whom, thankfully, are children from the prequel series. The narrative is also unique in that it refrains from copying and pasting any arcs from Naruto. The music holds its own, even if just as a rehash of the same instrumental elements I’ve come to expect from this franchise.

But, ultimately, I couldn’t take Boruto seriously. I felt smothered by the idea that the creative minds behind the anime were trying to beckon forth a new generation of younger fans into the established Naruto universe. The finished product is immature in many respects, with a horrifyingly young cast of what should be inept characters but aren’t—because the plot wouldn’t proceed correctly otherwise. Internal consistencies and previously cemented details are traded out for forced progress in the narrative. There are many issues of this nature I could discuss, but I’ll sum them up in one major complaint:

The adults are all idiots.

In other stories catering to a young audience, it is normal to have the adults take a backseat so our child-heroes can have their coming-of-age arcs and show evolution in their personalities and powers. But, seeing as Boruto is a sequel, I am already familiar with the overwhelming competency of the previous generation. So when all of the brilliance, skill, and intuition of already-established characters is unabashedly absent, I can’t help but purse my lips and feel as though I’ve been deceived.

I’ve already commented on the soundtrack, and there’s really no further note I can make, save for a brief look at the title sequence. It is bright, optimistic, and joyful. The song is fun and cut together, but it lacks a sense of adventure that really captures the essence of this series, insofar as I’ve watched. In the whole season, the characters never leave the village of Konoha, and the genre leans heavily into the breaches of school life/comedy. That is not specifically a problem, but it’s just not executed to my subjective and critical liking. One of the original appeals of Naruto was its adventurous spirit. I mean, Naruto’s team left the walls of Konoha in episode six, and were immediately presented with two nameless shinobi of greater threat than any seen in the first season of this anime. 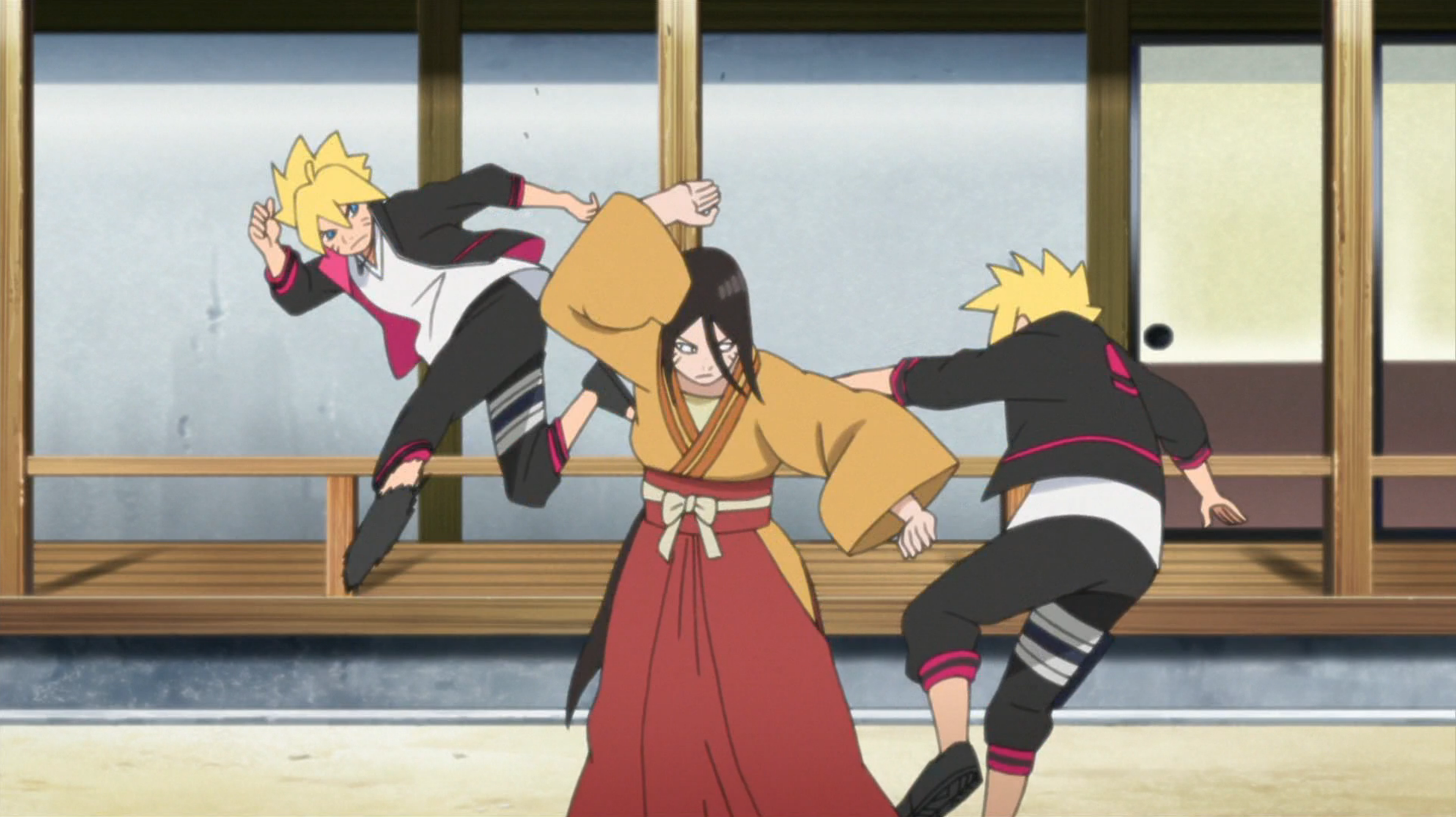 I want to talk about the animation, but there isn’t anything extraordinary to note. It is simply fine. Boruto’s spar with his Aunt Hanabi is clearly executed by a better animator than nearly the rest of the series, save a couple clips from the very beginning and very end. Many price-saving cuts are utilized so blatantly, even unpracticed eyes easily note the work as shoddy.

I do think one of the series’ best strengths is in how the main cast of kids all take traits from their parents, without being complete rehashes of any of them. Boruto is cool, confident, and popular—none of which were traits of either of his parents at his age. Metal Lee (ugh, that name) is a coward. Ino and Sai’s son, Inojin, is deliberately blunt and enjoys toying with people. The greatest exception to this is Shikadai, who is a carbon copy of Shikamaru. I have yet to hear a single person complain about that.

Really, at its core, Boruto: Naruto Next Generations is overwhelmingly average. It has its moments, but tries too hard to merge the brand appeal of Naruto with something new, and so suffers a sense of direction. A lot happens, yet nothing happens. I don’t regret watching, and I may even continue, as I know the next arc covers some pretty interesting subject matter… but I won’t be looking at it critically any longer. If I watch, it’ll be with a casual demeanor. I will not subject my opinion of the original series to be damaged by this sequel, especially since Masashi Kishimoto, while a part of the staff, plays a secondary role in its development at best.

I hope it gets better, as many shonen do. I hope it can live up to its legacy.

Boruto has a fun, if lackluster, first season. It builds a foundation for a good narrative, but doesn't make much progress beyond that point.