Review: Godzilla 2: City on the Edge of Battle 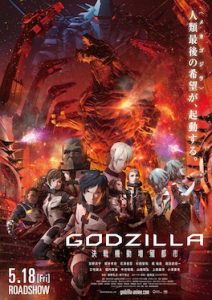 The story continues following this spring’s Godzilla: Planet of the Monsters as the survivors of Earth’s destruction at the hands of Godzilla desperately attempt to retake the planet from the King of the Monsters. After their initial failures the surviving team must learn more about what survives on the Earth in order to figure out a way to destroy Godzilla once and for all.

Violence: There are explosions, shooting, and characters depicted as being in severe pain.

Spiritual Content: An alien race is depicted as believers of a largely disregarded religious cult.

Other Negative Themes: The colonists are depicted living in a dystopian society where members are regularly killed by their leaders for political reasons and where starvation is rampant.

Positive Content: Strong depiction of righteous indignation and the desire to see justice.

****The following contains spoilers for the first part of the Godzilla anime trilogy Godzilla: Planet of the Monsters.****

When we left off the story of the Godzilla anime trilogy, the crew of surviving humans sat in orbit above the earth 20,000 years after the human population was decimated by rampaging monsters. The landing crew attempted to surface on the planet only to come into contact with Godzilla and have the majority of their force obliterated. As the story begins, Haruo is one of the last survivors of the initial attack on Godzilla, and has come into contact with a strange, young woman. The film largely builds off the setup of the flawed, but conceptually interesting, first film, and adds more to the story by drawing upon classic concepts from Godzilla lore. 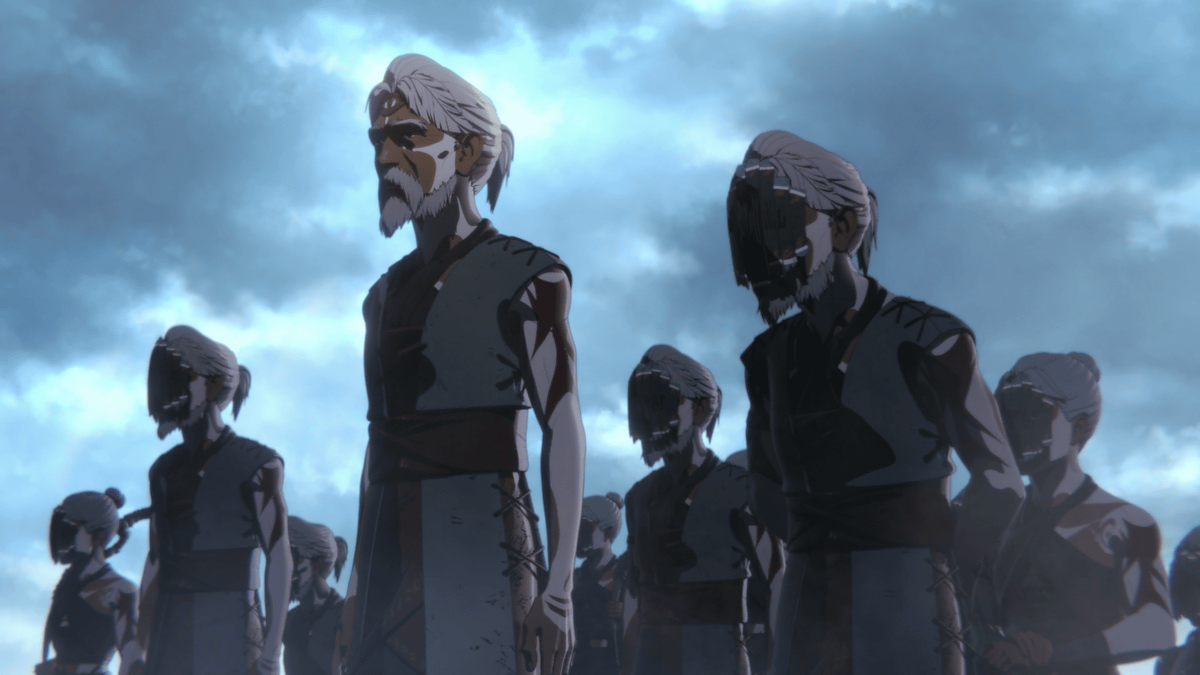 Problematically, the film intermittently blows over some of its worldbuilding ideas and delves so deeply into others that they become extremely complicated. The  tribe of surviving humans don’t end up providing much in this film and will probably end up being a bigger deal in the third film, Godzilla 3: The Planet Eater. What ends up being the major conceit of the film is a long digression into a mysterious city constructed at the former place that MechaGodzilla had been launched from during the war. The highlight of this ends up being the late battle between Godzilla and MechaGodzilla, and the surviving humans deploy mechs to fight Godzilla at close-range. The film really builds up Godzilla’s sense of invincibility. This film really wants you to know this is the most powerful Godzilla ever. The monster after 20,000 years is an elderly creature that has grown and aged with the Earth. Its skin is meters deep, its roar is hollow and ear-piercing. Its nuclear breath is more controlled and destructive than ever. The image of the enormous lumbering beast as it walks slowly towards the city produces one of the best bits of visceral excitement in the film. It comes with the same primordial fear you get from something like It Follows, as a nigh-unstoppable creature crawls towards you at all times.

What compromises the central drama of this film is a bizarre ethical debate about the viability of fusing human bodies with nanotechnology as a means of defeating Godzilla, and whether it would be worth it in the long run. In theory, the conflict could form a much more interesting moral battle about moral comprise and transhumanism for the duration of the film to explore and debate. In practice this ends up being a last minute conversation during the final minutes of the film to add some shoehorned stakes. It’s an excellent example of what characterizes the problems in this trilogy. There are tons of interesting ideas from the worldbuilding to the character dilemmas, as such a small crew is desperate to survive in the face of oblivion. Everything from the totalitarian government, to the post-apocalyptic setting, the transhumanist themes and alien cult could make for themes an entire film might break down and explore. Here, they all build up individual scenes and never come into play again. The characters get more to do in this film, especially towards the end when different ideologies and priorities start kicking in, but it’s too little, too late.

It’s clear now that the entire Godzilla trilogy is meant to function as a kind of five-hour-long film. We won’t know for sure what this is all ultimately building to until The Planet Eater drops later this year, but until then what we have is a messy story that misses out on the potential to explore a ton of interesting themes and characters set against an interesting setting. This premise offers up so much opportunity to explore and deconstruct the nature of Godzilla as a character in a new way. While it’s clear the writers are trying, they’re missing huge opportunities to create new insights into the character and imagine what the final battle between Godzilla and mankind could be like. The last live-action film, Shin-Godzilla, offered an intense new take on the character that retold the original Gojira morality play in a world where Japan has to deal with the anxiety of nuclear meltdowns and international military strife they aren’t allowed to engage in. It’s possible the third chapter could pull everything together in an emotionally powerful way. However, it’s more likely it will be in line with the first two films.

"Godzilla: City on the Edge of Battle" is a fun, intermittently interesting sci-fi film that builds upon the flawed first film of the trilogy, but doesn't managed to iron out its flaws enough to fully realize its potential.