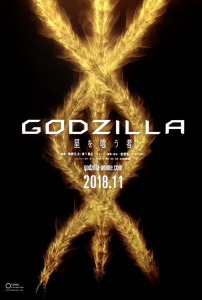 The final chapter in Toho’s Godzilla anime trilogy has arrived. After the first two films released to relative disinterest, can the final film in the trilogy revitalize the story and add the depth and emotion the story needs?

Violence: There are explosions, gunfire, and characters depicted as being in severe pain. A character has his eyes gouged out.
Language/Crude Humor: No concerning material.
Sexual content: Several characters are dressed in revealing outfits. A character briefly removes her clothes, nothing graphic is depicted.
Drug/Alcohol Use: No concerning material.
Spiritual Content: Religious themes play a large role in the story as the cult of religious aliens make illicit plans that could have massive negative consequences.
Other Negative Themes: Very negative depiction of religions as either superstitious or overtly destructive
Positive Content: Strong, positive themes in support of environmental care and exploration of the human condition.

****Minor Spoilers Below for Godzilla: Planet of the Monsters and its sequel City on the Edge of Battle****

The Godzilla anime trilogy has proven to be an astoundingly confusing project. Here we have a set of animated films, crafted by industry professionals, that amount thus far to three hours of tangential, tedious nonsense. Yet in all of this mess there was tremendous opportunity. The trilogy represented a radical departure from the traditional setup of a Godzilla story. Instead of humans fighting the monsters as they rampaged across the world, the last humans had been forced to evacuate the planet and survive in space until the monsters could reasonably be assumed to have died out and thus returned thousands of years later. It’s a set up shared with the science fiction classic Planet of the Apes and there is a ton of room to explore different ideas and concepts within this framework. The movies clearly tried to achieve this by adding themes about duty, transhumanism, religion, survival and environmentalism, but ultimately these ideas were slapdash and poorly executed.

I’m a big fan of final installments in my fiction. Growing up, some of my favorite movies were things like Return of the Jedi and The Deathly Hallows. When I got into comic books, some of the ones I most gravitated towards were stories like The Dark Knight Returns and All-Star Superman. More recently, Logan was one of my favorite films of the past few years.  I always enjoyed the catharsis inherent in these stories and watching writers grapple with how to resolve them. Thematically, I think stories like this are prime material for writing because they force the screenwriter to look at the soul of the thing and ask pertinent questions about what the journey truly meant. It’s a challenge to encapsulate the entirety of a narrative in an image or a phrase, but great writers can do that. 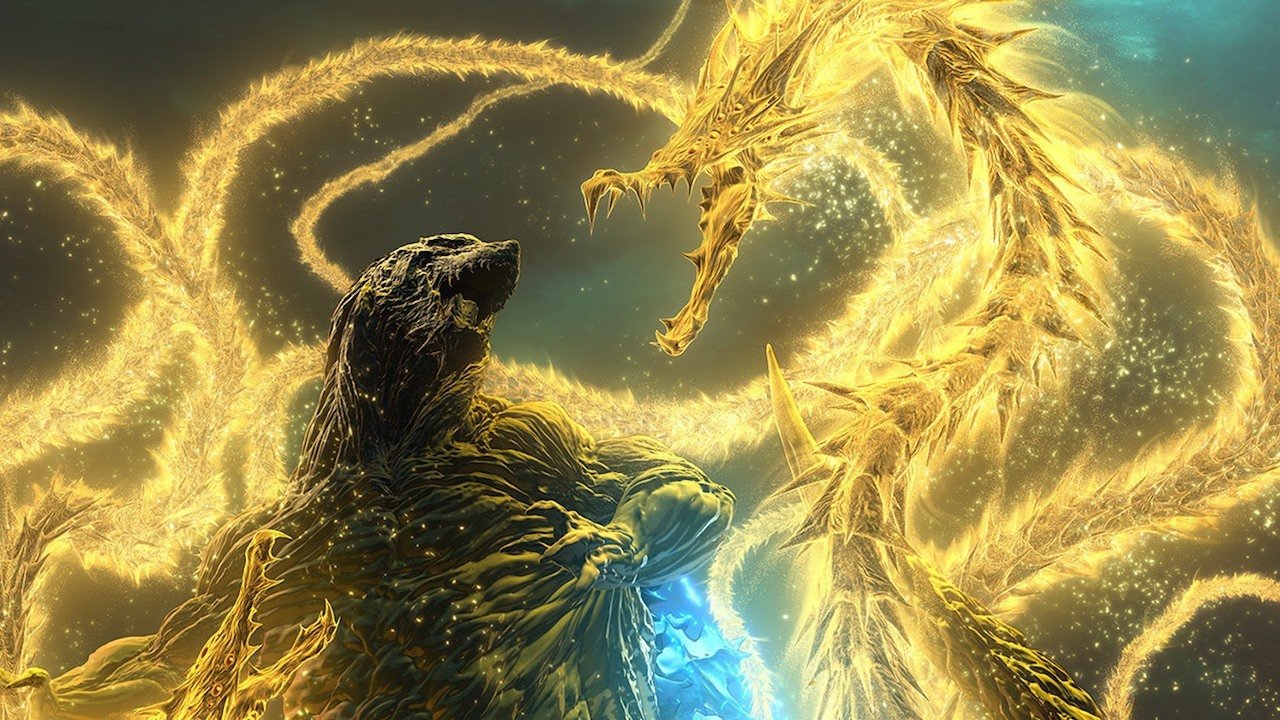 Thus it was to my surprise that Godzilla 3: The Planet Eater has a line of dialog early in the film where they blatantly state that Godzilla is meant to represent a kind of antibody to humanity’s technological growth. Lo and behold, the third film in this franchise actually managed to scrape together some thematic depth and emotion, and stick the landing to a surprising degree. It doesn’t resolve the first three hours of boredom and reach levels of greatness, but it’s a vast improvement from before.

The idea of Godzilla being a representative of environmental justice is a radical, if unoriginal idea. Given how powerful this iteration of the beast is and just what the Earth looks like after thousands of years with him as it’s king, it’s clear that the arc of this trilogy was meant as a kind of radical exploration of humanity in the face of ecological destruction. In that vein, a lot of the story concepts that were undeveloped before are expanded upon to interesting effect. The race of alien cultists finally come to the forefront and offer a religious solution after the fight between Godzilla and Mechagodzilla City failed in the last film. It didn’t take me long to figure out the twist of what they were planning, but truthfully I felt embarrassed that I didn’t make the connection before, given the role alien visitors traditionally hold in Godzilla films. By the end of the movie, the story has been tied like a knot and makes its final statement on how humanity ought to live apart from organized religion and technology. It’s a radical stance I don’t share, but it’s a vast improvement from the first two films in any case. I’ll prefer plumbing the depths of a film I don’t share political opinions with over a boring, pretentious slog any day.

With the improvements brought by the improved finale of the trilogy, I’m willing to admit that this side project wasn’t a waste of time. As a means of killing time between Godzilla: Resurgence and Godzilla: King of the Monsters, it serves a role as a needed distraction, but doesn’t fill the quota for a proper Godzilla movie. These are high-concept science fiction morality plays with Godzilla in the background playing the role of moral judge. On those terms they’re merely subpar to other contemporary explorations of humanity and technology, like Neon Genesis Evangelion or Ghost in the Shell. In any case, there is much for fans of Godzilla to look forward to in the near future.

"Godzilla 3: The Planet Eater" was a surprising improvement from the limp-wristed first two films and expands on the themes and emotions of the trilogy in interesting ways, but it doesn't fully repair the issues they created.