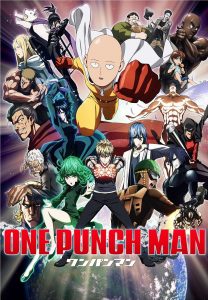 Saitama has defeated Goros, but an increase in villain activity has the Hero Association, fearing the “Earthdoom prophecy,” has turned to villains themselves to help fight off evil, causing some to question what it means to be a hero. Unfortunately, one of these people is not interested in helping the heroes, but in destroying them. Saitama is up for the challenge of this new foe, but he’ll have to find him first, and endeavor that sees him participate in a martial arts tournament.

Spiritual Content: Nothing explicitly religious in the show, however, there is the constant threat of good versus evil and blurring the lines in a way that things aren’t always black and white, which can get into a discussion of, “is something evil just because the majority says so?” A recurring theme of why is also present. Why do heroes continue to stand and fight even when everything is going wrong, and people don’t believe in them? An excellent theme to parallel with spiritual life.

Violence: Plenty of violence as fights happen throughout the season. While most are heroes against monsters, some are humans versus humans. The violence feels more graphic in the second season; usually, this means incorporating more blood.

Language/Crude Humor: Words like cr*p, dumba**, sh*t, b*tch, and h*ll are used fairly regularly, but not excessive, and I caught one f-bomb. There was also a variation of these words used i.e., horsesh*t and a character named H*llish Blizzard. I watched the subbed version and can’t speak to the language used in the dubbed version.

Drug/Alcohol Use: If there is alcohol use, it’s used sparingly, but I don’t recall it ever showing up. While there isn’t any overt drug use, there is something called a Monster Cell during the season that, when consumed, changes the physical and physiological makeup of its user.

Other Negative Themes: Nothing other than what’s been listed.

Positive Content: The theme of developing a strong foundation for your beliefs is present. You also get a strong sense of what being a hero means. Even without super abilities, we can help those around us.

When I finally got around to watching the first season of One Punch Man, I was pleasantly surprised to find a show that could combine humor, action, and heart, all while showing plenty of big fights with big monsters. The first season followed the protagonist, Saitama, as he went from being a hero for fun to becoming an actual member of the Hero Association, all while searching for an opponent who could provide a genuine challenge to him and last more than one punch.

The second season of One Punch Man has a brand new development team take behind the wheel, including a new director, Chikara Sakurai, and producer Nobuyuki Hosoya. While the second season still follows Saitama and apprentice Genos, it also allows other characters in the show to get their moments to shine or show off their personalities. The audience is given a more in-depth look into hero politics that the first season hinted at as well.

First, I appreciate the direction the second season attempts to take the show. How do you keep us interested in a world where the protagonist is rarely in danger? You dive deeper into supporting characters and the world around the main character. It’s here where season two captivated me. Saitama, as well as the audience, are open to a world of factions and disdain between hero classes. It’s a world where your status matters more than actually being a hero to the people around you.

While there is infighting amongst heroes, the Monster Association puts its plan into action by continually attacking cities and forcing heroes into battle. The attacks lead the Hero Association to turn to lower class villains for help, which doesn’t sit well with heroes, but it is also where the new villain, Garou, is introduced. 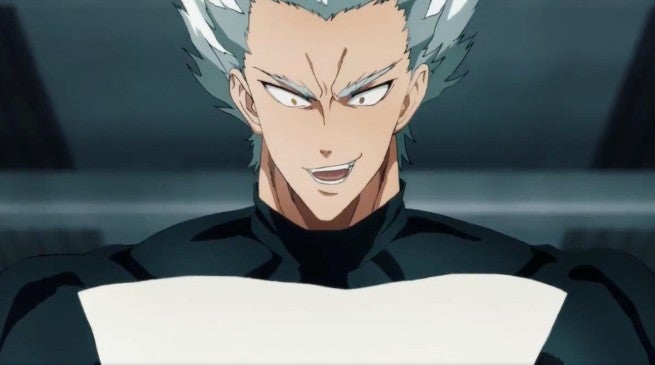 Garou serves as the main antagonist in season two and is a human being trying to attain the power and status of “monster.” He brings a level of viciousness to season two that was lacking in season one that stems from the fact that he’s just a human. He’s not an alien monster traveling the galaxy and destroying planets. Garou is no different than the heroes that he’s facing. Throughout the season, we learn more about Garou’s motivations and backstory, which all serve to add some gravity and tension to his interactions with characters he comes across. Adding an antagonist that we learn more about and follow for the duration of the season is a definite highlight.

Season two does run into a problem in how to utilize Saitama. When your main character can defeat any enemy with a single punch, building tension proves to be difficult, and the show handles this issue in a variety of ways. This comes in the form of sidetracking Saitama with a martial arts tournament or introducing Monster Cells that can transform people into powerful monsters. None of these ways are satisfying, and it never feels like Saitama is doing anything of worth, other than filling time until he’s needed to save the day.

This issue isn’t all bad as it allows other heroes, like Genos, to be the focal point of episodes and story arcs, and I had a deeper appreciation for just how powerful many of them are. When they aren’t bickering with each other, many of the S-Class heroes are vastly superior to others in terms of power and ability. 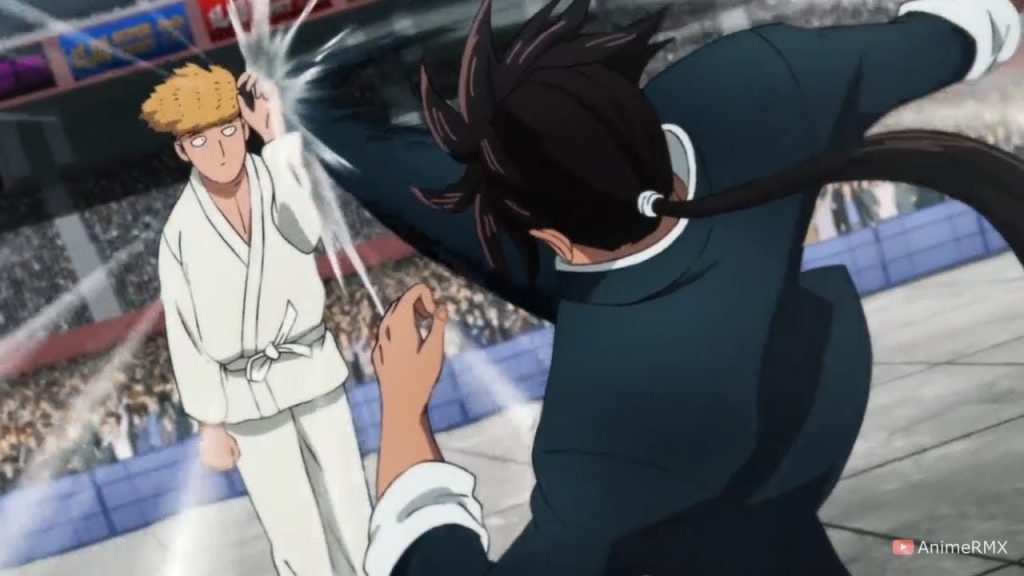 The politics between hero classes won’t be for everyone, but it was an element that I enjoyed. We learn that heroes form factions to make it nearly impossible for a person to rise too high in the ranks by themselves. There is some disdain from S-Class toward anyone lower in the ranking, but during the action, we see that it’s not always unwarranted as the lesser heroes get in the way. The audience eventually learns what keeps some of the supporting characters going and why they continue to fight villains. While some can appear to only care about status, there is still a sense of protecting people that truly drives them.

The production quality of the show dips in its second season across the board. Everything from the animation, sound quality, and even the humor isn’t as crisp and precise as it was in its first go-around. Some of this won’t be noticeable unless you jump into season two immediately after watching season one. The animation loses its feeling of bringing the manga pages to life and can feel a bit lifeless at times. My biggest issue was with the sound quality as several sounds are used repeatedly throughout the season, and it can pull you out of the immersion when you hear the same sound effect too many times. None of this ruined the show, but there were moments that the lack of quality and polish made a noticeable impact.

The production quality of the show dips in its second season across the board. Everything from the animation, sound quality, and even the humor isn’t as crisp and precise as it was in its first go-around. Some of this won’t be noticeable unless you jump into season two immediately after watching season one. The animation loses its feeling of bringing the manga pages to life and can feel a bit lifeless at times. My biggest issue was with the sound quality as several sounds are used repeatedly throughout the season, and it can pull you out of the immersion when you hear the same sound effect too many times. None of this ruined the show, but there were moments that the lack of quality and polish made a noticeable impact.

Season two of One Punch Man will be worth your time, especially if you enjoyed season one. It dives deeper into hero politics, supporting characters, and the sense of justice that binds them together. The season ends abruptly and in the middle of a story arc, leaving the audience feeling incomplete. Here’s hoping 2020 will bring season three along with it!

One Punch Man Season 2 isn't as charming as the first, but it adds new elements to its story that keep me wanting to see what happens next.