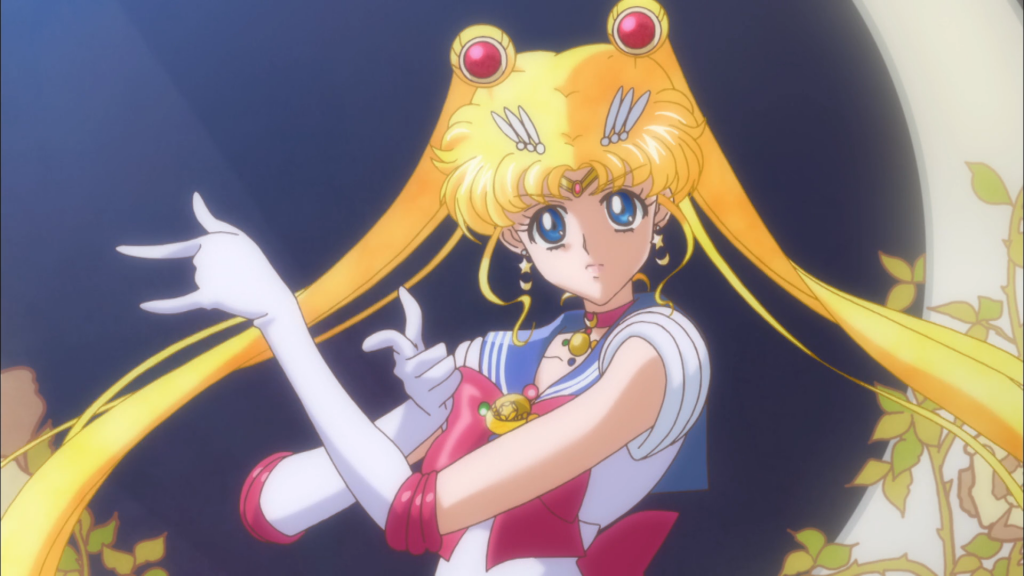 Okay, if you grew up in the 90’s then there’s a good chance you knew about, and possibly watched, Sailor Moon. Maybe you were like me and didn’t realize you were watching “anime,” but, regardless, you probably had some exposure to it. Well, Sailor Moon is back, this time with a different art style and, if I recall correctly, a story that more closely follows the manga. So, how does it compare to the original anime?

Well, to be honest, it seems to be more-or-less the same in terms of content (as far as I remember, at least). Now, to be fair, I didn’t go back and watch the first episode of the original anime or read the first part of the manga (hey now, it didn’t occur to me), but nothing really struck me with the realization of, “Hey, I don’t remember that.” What I mean to say is: if you liked the way the first one started, then you should enjoy this one. Of course, one of the first things you’ll notice is the different art style. What’s nice, though, is that, while it’s different, it still has something of a “retro” feel to it, at least in my opinion. Perhaps it’s because it’s hand-drawn as opposed to being CGI. Regardless, it’s an attractive show, but will probably feel odd if you’re very accustomed to the original.

My one complaint is that Usagi doesn’t feel as spastic. She feels more subdued in this iteration. She’s still ditzy (see her failing grade), but something about her character just seems different. Maybe I need to re-watch the original to see if it’s just me. Regardless, if you’re a long time fan of Sailor Moon, then I think you’ll enjoy this reboot. If you’ve never seen or heard of Sailor Moon before, then this is a good place to start.

Eh, nothing truly pertinent right now. I’ll just say that, while the NSF section below does look quite full, most of it is just comments about cleavage. For the Sailor Moon veterans: yes, the transformation scene is still there. I have mentioned it, although I don’t know how fanservicey you could consider it (I mean, you see nothing other than a silhouette, basically, as her body is basically made up of space and stars, or something, until her sailor suit forms). Regardless, I’m not going to necessarily mention the transformation scene in every episode review. It’s basically a staple of the series, seeing as how the Sailor Senshi will probably transform in every episode, so go into each episode expecting it.

Nudity/Sex/Fanservice: Princess Serenity is shown in a dress that shows a bit of cleavage during the opening moments of the show and during the intro song and elsewhere; Queen Beryl wears a cleavage revealing dress and is seen in the intro; Naru’s mom’s dress shows a little cleavage; the episode contains the traditional Sailor Moon transformation scene where Sailor Moon’s body is shown as a night sky (essentially), which I always assumed meant she was naked without there actually being any graphic nudity; the monster impersonating Naru’s mom is shown with the front of her dress ripped, which means more cleavage.

Violence: Luna claws Usagi’s face at two different points; Sailor Moon dives to the ground and scrapes her knee; Sailor Moon destroys the monster by hurling her tiara at it.

Blood/Gore: Sailor Moon is shown with a scraped knee; the monster turns into dust (or something like that).