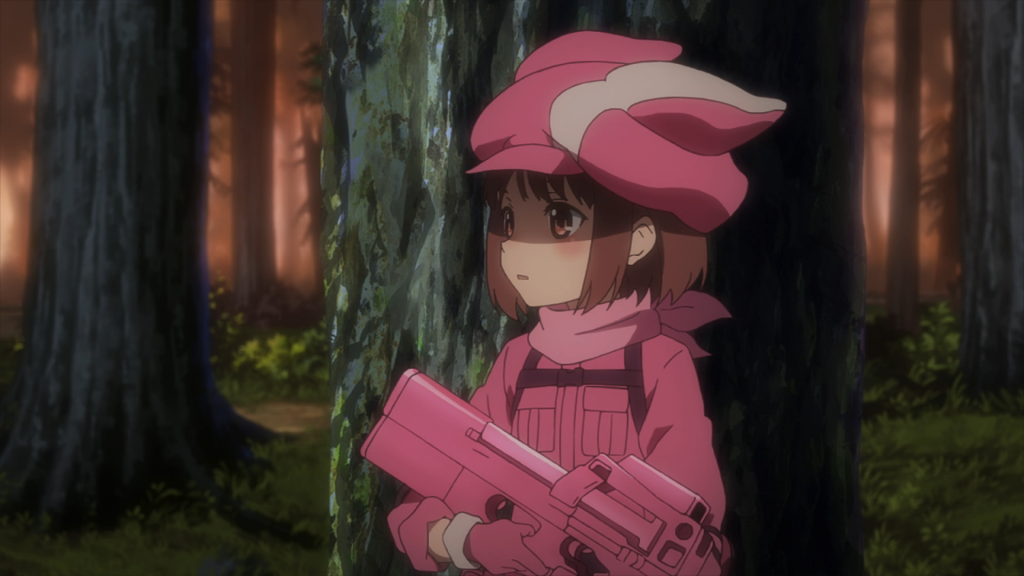 Sword Art Online Alternative: Gun Gale Online, besides being a ridiculously long title, is a spin-off series of light novels written by Keiichi Sigsawa. Sigsawa as opposed to series creator, Reki Kawahara, though Kawahara supervises production. Why this particular spin-off, which features its own cast of characters completely separate from the main series, received an anime adaptation as opposed to any of the numerous others centered around the main cast is beyond me, but here we are. 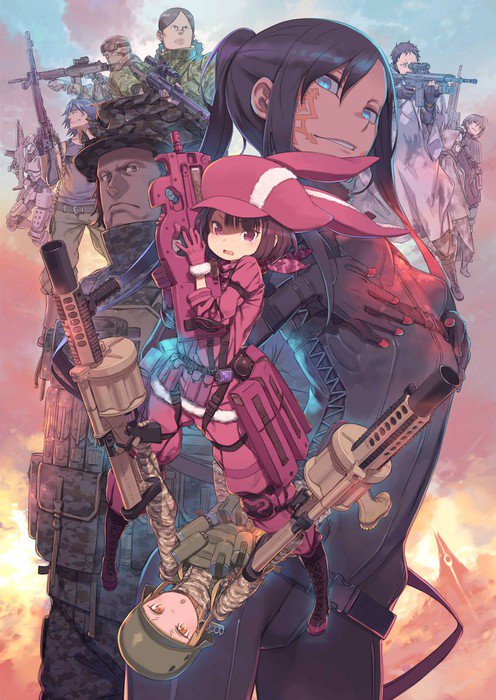 So the question remains: is it worth the time? Unfortunately, I cannot answer that question based on the first episode, being that it is twenty-three minutes of Gun Gale Online battle royale combat. The most I can tell you is that the series follows a player who goes by the tag LLENN and her partner, M.

Apparently LLENN is well-known within GGO based on some comments from the very end of the episode, but other than that I can’t really tell what the plot of the show will be, what the characters’ motivations are, or anything like that. If you like Sword Art Online as a franchise and/or military-style action shows, then you will probably enjoy this first episode.

If nothing else, I can at least say the art direction for the show is well done, with the animation briefly taking us into a first-person POV several times throughout the episode. While some may find it disorienting, it actually provides an idea of what the HUD is intended to look like in GGO. After all, this is supposed to be a video game, but from the third-person perspective, it is easy to forget that fact… at least until bullets only leave red circles and “DEAD” flags pop up over defeated enemies. Alternative‘s first episode provides an entertaining twenty-three minutes of gun-slinging, but the question remains whether it will be worth an entire season of commitment.

Language/Crude Humor: A handful of both “d*mn” and “b*stard.”

Sexual Content: A few shirtless avatars in GGO; brief shot of LLENN in her underwear in the end credits.

Violence: Gunfire and grenades galore; avatars get shot during the battle royale.

Violence: Damage on the avatars is indicated by red circles—no blood is actually shown.

Positive Content: LLENN and M show courage despite being outnumbered by enemies who appear much more skilled.