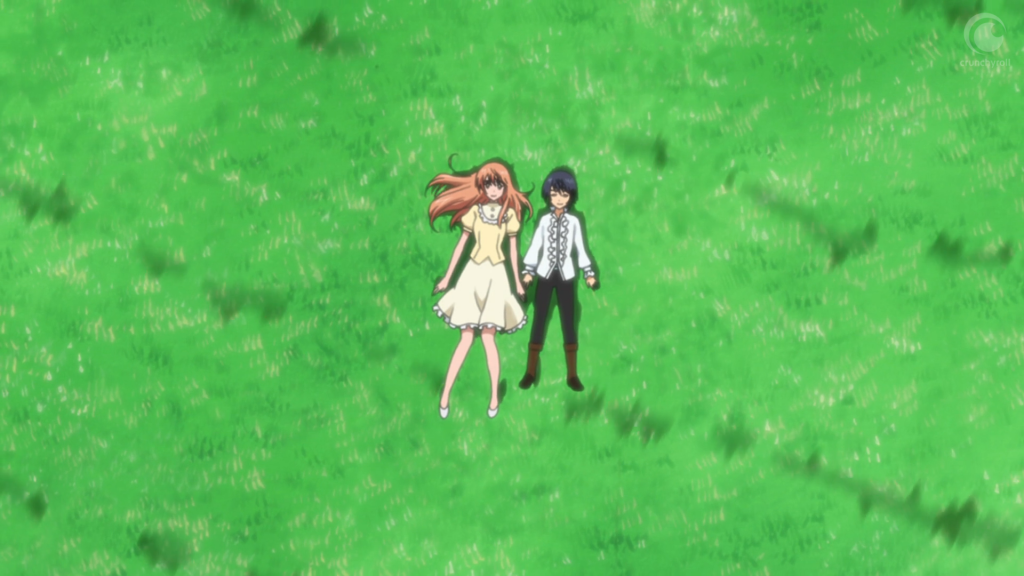 Well, here we are: the final episode. One thing I have to say for it is that it’s not your typical ending. Sure, the episode starts out fairly warm and fuzzy: Nike reconciles with her grandmother (see the previous episode’s Christian Perspective on reconciliation), she and Livius return home, and we get a nice little montage showing all of the friends Nike made in the Sun Kingdom doing well. After all of the pomp and circumstance, though, reality smacks them in the face. It seems Bard didn’t do such a great job of managing things in Livius’ absence, which ultimately leads to a ton of work for Livius. As a result, he and Nike are abruptly separated and unable to spend time together. Not exactly a happily-ever-after ending, but certainly more realistic. How many times in life do we solve one problem, only to have another one to deal with shortly after? In that sense, I think they took an unexpected turn in the plot development. Of course, the actual ending of the episode wraps up nicely, but the journey there is not all sunshine and rainbows.

Eh, not much to say here in terms of a lesson. There is some questionable content in this episode, which you can see in the Content Guide below. It’s nothing extremely bad, but it’s still more than we’ve had to put up with the show previously (or at least in a while).

Nudity/Sex/Fanservice: The three old men that Livius meets with are shown with women in their laps (the women aren’t nude, but at least one is wearing a cleavage-revealing dress, and an old man has kiss marks on his head) 11:04-11:08; a woman runs out of a room while wearing a corset/dress type thing and two other women are shown hiding behind a desk (they are wearing cleavage dresses) 11:20 – 11:23; Nike is shown being put into a corset (she is bent over, and you can see part of the top of one of her breasts, although the scene itself doesn’t really come across as sexual) 12:26 – 12:30; cleavage 12:46- 12:50; Nike may very briefly be shown in another cleavage dress; Bard makes a comment about whether or not Nike and Livius “did it,” and there is also a conversation between Bard and the three old men about that subject.