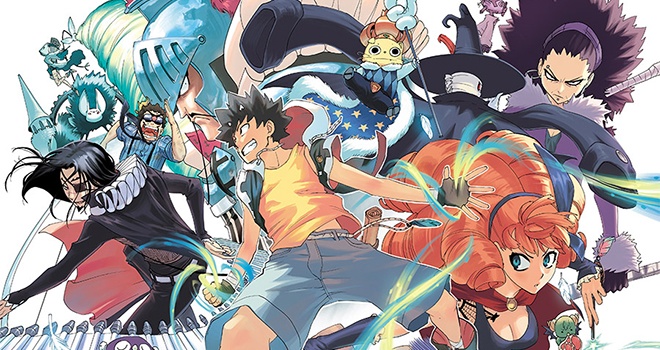 Pompo Hills needs a hero and Seth, sorcerer-in-training, can be that hero. He is an infected—one who has survived an encounter with a Nemesis, a great beast which has fallen from the sky—and so is capable of wielding magic in protection of those around him. Too bad he’s better at destroying everything and making things hard on his mentor, as well as the broader opinion of sorcerers. But when a new Nemesis hatches in the middle of the township he calls home and his mentor is nowhere nearby, it’s up to him and his infant magical skill to defeat the beast.

Radiant is on a lot of radars for the Fall 2018 season, chiefly because the source material is penned by Tony Valente. That is to say, this draws from a French comic. On principle of rarity, it’s the subject of interest to see how it fares against its contemporaries within the market. Yet, this first episode suffered in a few different ways and was not of itself impressive. The greatest issue is that it is clearly only the first half of the first chapter of the comic—a tragic fate for many anime. Because of this the episode pulls a hard right into its conclusion, without resolving a single story thread, even the short one built just for the pilot to establish the beginning of the story. This left me with a bad taste in my mouth.

Outside of this, there was nothing especially interesting to mention. It’s a completely servicable shonen anime and could very well grow into an impressive identity (as many with weak starts have before), but weighing it just on the strength of its first episode, I have little to say. However, I did want to give some credit to the character design. While Seth is not astonishingly interesting (he has a cool jacket), his mentor and several other characters in the opening sequence possess designs which intrigued me enough to continue. I look forward to their introductions.

In short, there are seeds of potential in Radiant, but time could either make or break it. I will follow for the time being, but shall keep it at arms-length. Radiant is currently streaming on both Funimation and Crunchyroll/VRV. 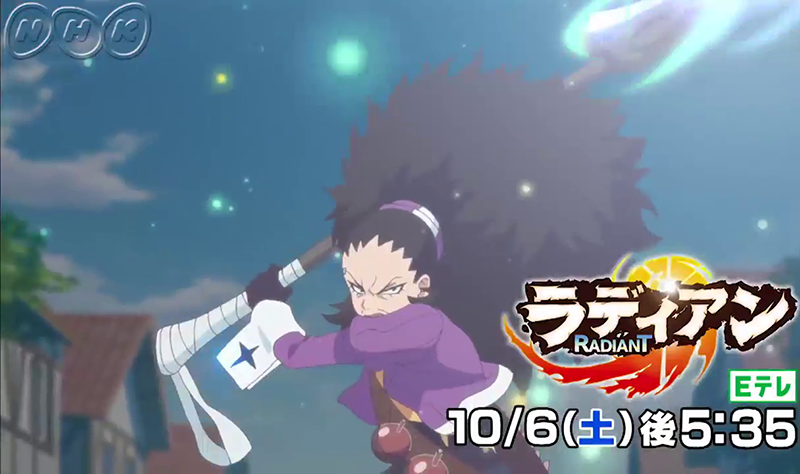 Spiritual Content: While the mythos behind the Nemesis could suggest divine influence, we haven’t learned enough to know for sure. There is also what is insofar an unassuming magical ability among sorcerers.

Language/Crude Humor: I watched the sub translation presented through Crunchyroll. At the time of this writing, there is no swearing present.

Other Negative Themes: No concerning material.

Positive Content: Themes of hard work, fantastical ambition, protecting others both physically and their reputation, and a general desire to spread good will.