“For everything there is a season, and a time for every matter under heaven:”

There is a difference between episodes and seasons. When we reflect off of Ecclesiastes 3, it goes on to say that there is “a time to be born, a time to die,” and so on. The only thing that seems to be amiss is that there’s no ‘season’ of anything. 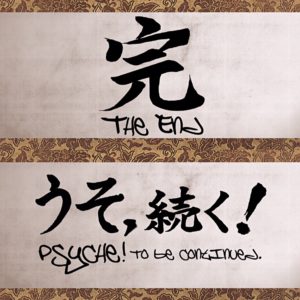 In Samurai Champloo, every episode ends with ‘to be continued.’ I know it’s something that we should automatically assume while watching any show, but It’s Interesting because this show was adamant about letting you know ‘we’re not done yet.’ Strangely enough, as the show progressed, it would always say ‘to be continued,’ but after the 26th episode, the show comes to a close and softly spells ‘the end.’

Episodes in anime are a reflection of time in scripture, and a season of anime is a reflection of a season in scripture. An end of an episode doesn’t necessarily mean it’s an end to a season. An episode, as we understand it are small increments of time that contribute towards a season. Of course, in a season, we can have ‘fillers’ or episodes that are there but don’t add much to the story, but the majority of the time, episodes will contribute to a season. 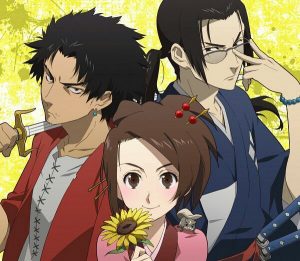 In Samurai Champloo, we see the main characters get into a whole mess of trouble. Some episodes are silly, while a few others are serious. Sometimes they’re in the face of death, and other times they’re in a situation they didn’t ask for. Each episode is different, but no matter where ‘life’ takes them, it will ultimately lead to a singular defining moment that was prepared by the author.

After the season came to a close, I was relieved at how the show ended. It was climactic. I was left at the edge of my seat in hope for the best, but If we can take anything to heart on this defining moment, it’s this: a season is a collection of episodes that leads us to understand why all those ‘times’ were necessary. An author purposely writes every episode we watch, and God deliberately wrote every day that we live. In life, God appoints fruits for every season, and each fruit that develops in our walk with God is made evident at the end of every season. We may not understand why the negatives happen in life, but we can be confident that God has planned our steps and is with us in every single episode of life. 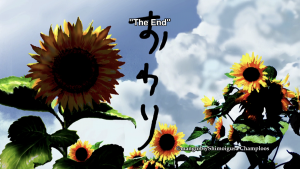