The Anime That Should Play At Churches on Easter: My Last Day

As we celebrate the Crucifixion and Resurrection of our savior Jesus Christ, I should let anyone who is into anime know that just as Jesus is both Father, Son, and Holy Spirit, he also exists in the realm of Japanese cartoons. All of those kooks on major Christian television stations can say what they want about how evil and wicked Japanese cartoons are (Pat Robertson was cool with Mazinger Z on CBN in the 1980s, but that’s a story found here about that). Still, anime is in the favor of the Lord, especially when it comes to his crucifixion done by renowned anime Studio 4c. Here is a little write up on such a piece of “Christi-Anime” that exists, and I believe it should be watched by every congregation out there every year for Easter. Here is My Last Day.

My Last Day is a short 9 minute and change feature done by Studio 4c back in 2011 directed by a non-Japanese person (which co-productions usually will have someone from the west lead their project) by the name of Barry Cook. Cook is a well-known animator, especially for his effects in Disney films that a lot of people should know by now, titles like The Little Mermaid, The Rescuers Down Under, and co-directed Mulan, to name a few of his significant works. Cook was able to work with Studio 4c in making an animated feature about the crucifixion of Jesus Christ in the same visuals as The Passion of the Christ was done: using the description of his punishments and torment to illustrate what he went through for our sins. If you enjoyed Passion of the Christ, then this is right up your ally.

My Last Day focuses on what happens to Jesus and the torment he went through, but it’s through the eyes of the penitent thief. We are shown a bit of his backstory—why he was awaiting crucifixion for his crime of murder. No detail is lost or rewritten from the bible, what happens to Jesus is shown before you in animated detail, and by watching you feel the sorrow of what Christ has done for our sins, scene by scene. The ending goes right to the thief as he asks for forgiveness for his sins, and Jesus says to the thief from Luke 23:43 that the thief will come to Jesus in paradise, where Jesus welcomes the thief in heaven with open arms by quoting John 11:25. There is something special in how that verse is quoted at the end hits my soul, and it’s the most beautiful words that are spoken to emphasize the importance of Jesus Christ. 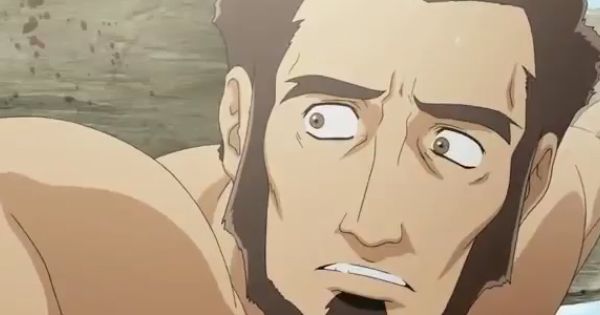 I say to show this anime to whoever will want to watch Japanese cartoons. It’s a shame that this isn’t airing on TBN or CBN on Easter every year, but maybe that time will come one day, who knows. I will say that I did a panel at Anime Weekend Atlanta back in 2018, where I showcased how Christianity was represented in anime with the title “Christianity in Anime.” My Last Day was the very last clip I showed, and to my surprise, no one left the room, and everyone in that packed panel room stayed throughout the whole video, eyes glued to the screen. Not only that, but it was also hard for me to hold back tears to explain to the audience very briefly how Jesus is the only way for salvation and how this accurately depicts God’s grace among man. This shows how God can be used in any medium to spread the gospel because God has people on this earth to express their talents for his glory.

I got to meet a few wonderful people at the end of the panel, one of which was an atheist girl who says that she needed to see this video, and she thanked me for it as I could tell it touched her. I plan on bringing back this panel again at upcoming cons that I attend, and I’m always searching for new content to use. This short film by far has been the most powerful visual representation of Jesus crucifixion that I enjoy, and I want everyone for Easter to let others know about this to people they care about because Lord knows how badly nerds need him. You guys have a wonderful Easter, and God bless you!