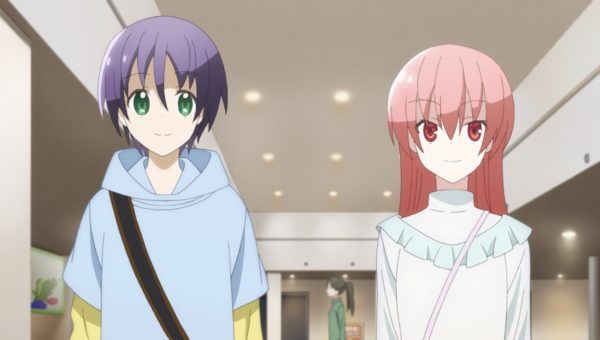 Sukasa and Nasa are a newlywed couple. In episode 7 of Tonikawa, they are on their way to meet Nasa’s parents for the first time, but on their way to Nara, Japan, Sukasa’s sister, Chitose, shows up at the rest stop where the newly wed couple are; It’s clear that she doesn’t want them together. After Sukasa and Nasa leave the rest stop, they reach their next stop at Kyoto, Japan, but Chitose pops into the scene again; She really doesn’t want them together! When Nasa sees Chitose, he acknowledges that Chitose is completely against the marriage, so he requests that Chitose and himself talk out the problem in order for everyone to be happy with the marriage. After Nasa and company agree to the strange terms, Sukasa leaves with Chitose’s servants while Nasa is stuck with Chitose.

When Nasa and Sukasa are finally separated, we eventually hear a question that both Nasa and Sukasa have to answer: “ Why did you choose them?” As both Sukasa and Nasa face this question, you can see that It’s awkward and hard to define. While Sukasa sits and ponders the question, she privately shares the reason she married Nasa with her sister’s servants. Nasa, on the other hand, had a little more trouble explaining why he chose to marry Sukasa at first. Because of this, Chitose blatantly complains about why Sukasa chose to marry someone who doesn’t even know her. After hearing her clearly, Nasa responds to Chitose’s disappointments. He explained to Chitose that he loved Sukasa not because of her beauty, but because he was lucky enough to meet her. Near the end of his explanation, Nasa admits to Chitose that he didn’t know Sukasa as well as he’d like to. Then, as Nasa regained his posture, he assuredly told Chitose, “you don’t get married because you’ve proven you’re in love, you get married so that you can prove it over and over.”

As Christians, one of the most difficult things to do is to share why we choose God. Although it can be as easy as starting a conversation, the hard part is not knowing whether the person listening is for us or against us. Just like Nasa and Sukasa, Sukasa was questioned by her sister’s servants, who were for the marriage, while Nasa was questioned by Chitose, who was against the marriage. Through the show, we see how both sides were won over by the simple fact that both, Nasa and Sukasa, shared their honest experience as to why they chose to marry each other. Most times we will be questioned by people outside the faith about why we chose God, but there will also be rare occasions where people in the faith will question us too. Whether we are questioned by someone in the faith or not, we should not fear for what we will say. Because of our experiences with God, we have a firm foundation of the reality of God, and our experience helps us stay grounded in this reality. 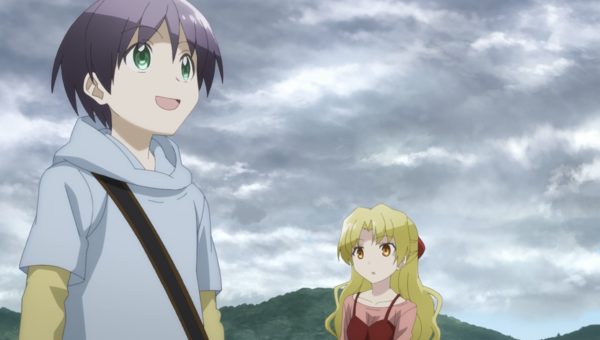 As Nasa and Sukasa are questioned about their choice, we can tell that neither Sukasa and Nasa completely know each other. Even Nasa admits that he pretty much knows nothing of his wife, Sukasa, but despite that fact, he understood one important thing: “You don’t get married because you’ve proven you’re in love, you get married so that you can prove it over and over.” Choosing God isn’t proof that you’ve finished your race. Choosing God shows the world that even when you stumble, you continue to chase after Him over and over again (Hebrews 12:1-3); especially on those days when you feel and know that you’re nowhere near “good” as a person.

In our daily walk with God, there will be times where we fall short of the expectation of God (Romans 3:23), but that does not mean you don’t love God. David was considered a man after God’s own heart (1 Samuel 13:14;Acts 13:22), and even he messed up! In the new testament, the apostle Paul is believed to have planted at least – or even more – than 14 churches as he lived, yet in one of his letters, he shares that he still had a “thorn” at his side (2 Corinthians 12:7). In the Bible, there are many others that were used by God tremendously, and those same people didn’t always meet the expectation. Although you can find their downfalls recorded in scripture, it didn’t change the fact that they loved God and sought him even when they were nowhere near good as a person. Nasa understood this fact very well. Even when we fail to meet the standard, God shows us that He loves us and continues to love us over and over again. This proves that God choosing us wasn’t the end of His love towards us, it was simply the beginning of God’s desire to show us how much He loves us over and over. 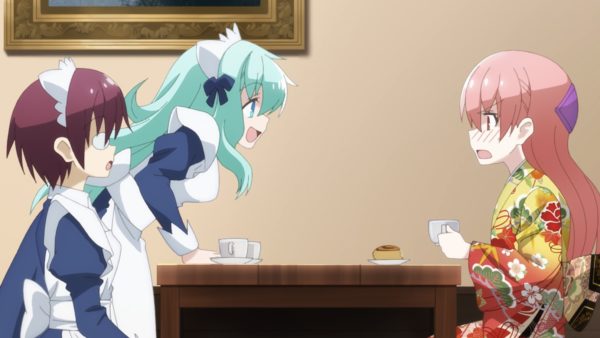 Just like Nasa and Sukasa, finding the right words to explain your love for God can be difficult, but let your heart understand that It’s okay if you don’t have the perfect words to say now. When the moment reveals itself, the Lord will help you find those words. Also, let your heart understand that we all don’t completely know God either (1 Corinthians 13:12), but our personal experiences of God help us understand who He is at this moment in our lives. Sukasa explained that the way she knew she loved Nasa was when she heard Nasa speak about a friend of his. She shared how Nasa’s personality was made evident in the way he speaks. Nasa told Chitose that the opportunity of meeting Sukasa was reason enough to love her. He helped Chitose understand that seeing Sukasa and her beauty wasn’t his reason for marrying her, his reason was merely experiencing her presence personally. We all have come to Christ and have come to know Him in various ways, but it doesnt change the fact that we all have come to the same conclusion of choosing God. Whether you heard someone share the word of God to you, or whether you encountered God in some way, shape or form, it doesn’t negate the fact that your personal experience with God was what convinced you to choose Him. If you struggle sharing God with someone, understand that God will always provide the word for you if you allow Him to speak for you. No matter who questions your reason for choosing God, understand that every honest reason is a good reason. Sometimes,what we see isn’t enough for us to choose God: the earth, the moon, the stars and all creation. Even though we see God’s power and beauty all around us, many of us have chosen God because we’ve personally encountered Him and recognized that it could only be God.