The Most Underrated Anime Soundtracks

Welcome, all you tankobon-toting, animation-loving, OVA-watching (ha!) denizens of the internet, to this month’s anime collaboration article. In these halls, the humble yet phenomenal cast of Geeks Under Grace’s anime writers will bring sweet music to your ears. More specifically, we aim to upstage the immediate classics and find some anime soundtracks that are unfairly neglected by the limelight. Most otaku have heard the works of composers like Yoko Kanno, Hiroyuki Sawano and Shirō Sagisu, yet there is also undeniable skill lingering in the peripheries of the industry. Music can come in many different shapes and styles, and perfectly decent songs risk being forgotten due to circumstances outside their quality or influence. We are here to do our part in alleviating this tragedy.

Be sure to grab your favorite pair of headphones. 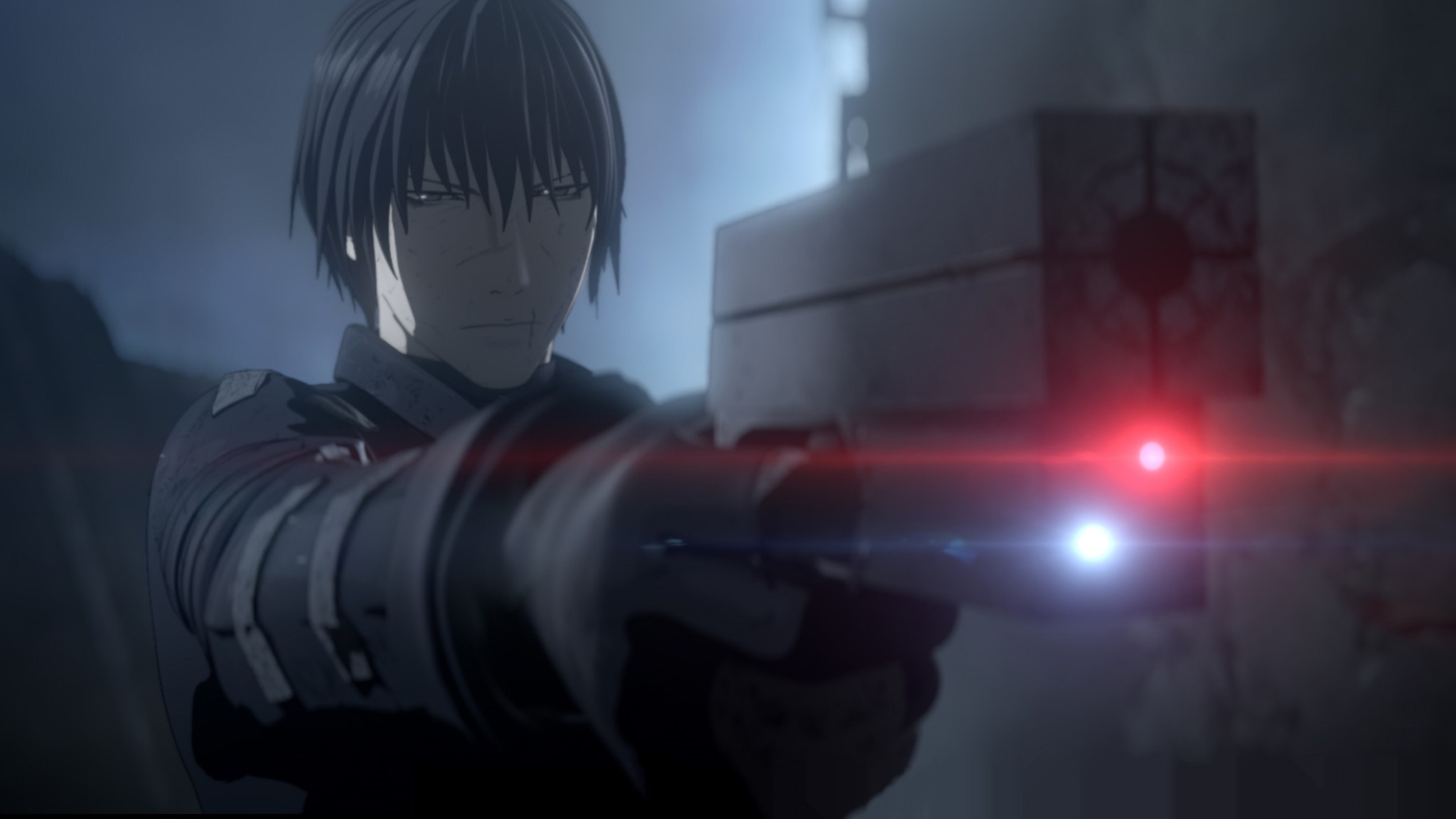 Reading Tsutomu Nihei’s manga Blame! is akin to being dragged into the abysmal underbelly of someone else’s nightmare—a self-evolving, sentient world of mechanical dread that keeps the reader subconsciously fighting for survival without ever granting them respite to breathe. But Blame!’s apathetic distortion of time and space is its true source of cerebral terror.

Braving the cybernetic catacombs of the ever-expanding City is an exercise in mortal peril and all-but-assured insanity. Riding an elevator from one sector of the vast Megastructure to the other takes a few human lifetimes—meaning those mortal souls from previous chapters are now bones and dust in the best case scenario. If the spindly-legged Safeguard don’t spear trespassers down for daring to leave their dwindling food supplies and claustrophobic conditions, then a few accidental dives into an alternative universe via black hole is sure to strip survivors of any sense of self they might have possessed.

It’s fascinating, then, that though the 2017 Netflix original film Blame! features an isolated human colony on the brink of extinction trapped in an inescapable, solar system-sized City, the film almost entirely does away with its source material’s sense of morbid madness—largely due to its cautiously-composed score.

Blame!, much like its protagonist, Killy, is at its hardly-human core, a story about hope—one undying loner’s thousand-year, extra-dimensional journey to find the elusive Net-Terminal Gene and restore power to the endangered mortals that created him. 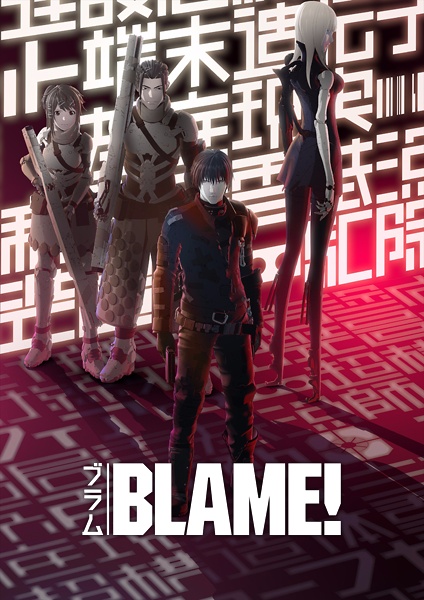 illy is a humanoid of silent stares and weighty steps who allows music to convey his poised and powerful persona. Amidst a score that merges the likes of Harry Gregson-Williams’ mystical nuances and Hans Zimmer’s digital discord with Nobou Uematsu’s sonorous sweeps across the music staff, Killy’s theme is the great neutralizer. He strides into the heat of mechanized chaos and threadbare hopes, heralded by a meek, piano-led largo that may well be the musical manifestation of the heavy-booted, high noon gait. By the time the victorious violins, swelling resonators, and shrill synths fade with the dancing dust and debris, it’s Killy’s vigilant form that stands untouched. The ever-unwavering keys and haunting howl of his theme testify to this outcome, long before the human eye beholds it.

Despite its Netflix-netted production budget, Blame! features sound-mixing and music with the scale of a big blockbuster spectacle, composed by Psycho-Pass and Ajin’s Yugo Kanna.

In a film where music doesn’t simply set tone but also constructs an existentially-enormous world with every somber and soaring note, the soundtrack pulls the viewer in and not only keeps them immersed but also uncannily hastens their return after the credits roll. They long to become a part of Blame!’s world—not out of some nihilistic fascination with the macabre, but because the narrative poses a solution to the inevitable horrors of the universe.

In view of the film’s final setpiece—a panorama of the vast Megastructure—timorous hope blooms into a promise of undeniable deliverance. As Killy’s solitary back strides into the cataclysmic crypts on behalf of humanity, the score swells into an assuring climax. In that instance, gazing upon an awe-inspiring and intimidating view of unexplored existence, the viewer becomes a believer—even if for a moment—that in the infinitely wide universe there is a Killy who will fight for the future until time begets eternity. And as long as we choose to believe in the One who has gone beyond where frail humanity can only dread to tread, our faith will be our salvation.

Author’s Note: This article is partially reproduced from its original publication at Geekdom House: “Blame! and the Transformative Power of Music.”

Michael is a teacher who is a life long gamer. When not conquering distant worlds via console, he can be found reading, watching anime or Netflix, writing for Beneath the Tangles, or just enjoying life as a geek in the city. He aspires to travel to Japan and possibly…never leave. 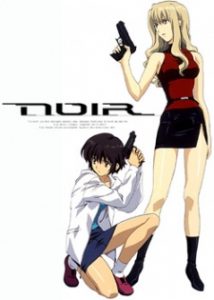 An anime’s music should represent the feeling or scenery of the situation. If a character is walking through a forest, in a battle, having a conversation, or mourning a loss, I should have a connection to these events through what I am hearing. Sometimes a show pulls this off, but other times all I hear is noise in the background. At best, the opening and ending songs are memorable.

One anime that I really enjoyed for its music is Noir. This is an older series from 2001 that many anime fans have not heard of, but I highly recommend it! It’s about two assassins who are hired for various hits, and for the first few episodes they are just completing hit contracts until more is revealed about one of the main character’s backstories. The protagonists are Kirika and Mireille, while Chloe serves as a secondary character who helps occasionally when they are in dangerous situations.

Yuki Kajiura is the composer and music producer behind Noir and many other more popular anime (Sword Art Online, .Hack, Puella Magi Madoka Magica, Fate/Zero, Tsubasa). I wasn’t aware she also created music for SAO, among other anime soundtracks I enjoy, so no wonder it was the same composer! What I really enjoy about her music is how it reflects the culture of the anime itself. Her style is to create music that connects with the setting or tensions being felt in that moment. When I listen to certain tracks of Noir, I can clearly see some parts of the anime where that song is played. Certain tracks are nostalgic, as well as nice additions to my playlists. 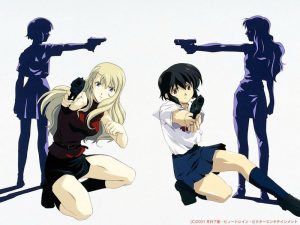 The instrumentals make me feel what the girls are going through, whether it’s “Solitude by the Window” when Kirika is lost in thought, or “Canta per Me” when they are in the middle of a life-threatening fight. Chloe’s anthem has a tender rhythm to it, which always plays when she arrives to save the day. “Romance” has beautiful French-inspired instrumentals which sound like I am walking through a Parisian street, while the intro song, “Coppeira no Hitsugi”, gives off an allure of danger and mystery.

Overall, it’s a great soundtrack that flows well with the anime. I leave you with the listing below, and be sure to check out this classic anime at Funimation! 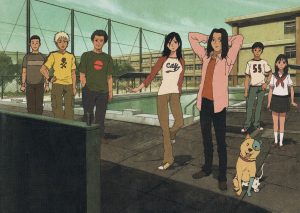 My vote for an underrated anime soundtrack goes to Beck: Mongolian Chop Squad, especially the English dub. (Click to listen.)

Let’s start at the beginning of the soundtrack. The one disappointing thing is the songs are not actually attempts to create the music from the manga. Instead, songs from various bands were licensed and then re-recorded by the band Beat Crusaders in order to provide a more consistent sound. Then the voice actors provided the vocals. While it would have been nice to hear the songs from the manga, as done in other music anime (K-On and Fuuka, for example), the amount of effort put into finding songs that fit Beck’s style and then having them re-recorded by a single band to create sonic uniformity is still an incredible feat.

As for the English dub, I will admit most of the time I am not fond of English versions of Japanese songs because, frankly, they tend to sound terrible. In Beck’s case though, the songs were most often in English to begin with, which meant in the original Japanese dub, the voice actors were basically singing in “Engrish,” as it has been termed. I believe this detracted from the songs. However, the American voice actors give a greater quality to the songs, and they have excellent singing voices to boot. So much effort was put into this soundtrack, and yet Beck tends to be an anime that slips under most people’s radars.