How Weekly Shōnen Jump is Evolving 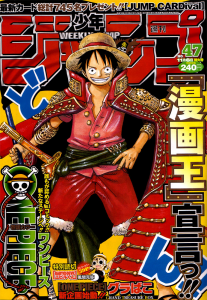 Note: Please be aware that this article contains some spoilers for currently-running manga, though I will refrain from mentioning anything critical to their respective narratives.

Weekly Shōnen Jump (henceforth referenced simply as Jump) is the most commercially established manga magazine in the world, and at nearly 50 years of publication also boasts one of the greatest lifespans. Love Jump or hate it, the magazine has produced more than its share of flagship franchises to revolutionize the industry and drive new fans into the medium. With a gallery of classics too long to name, the products of Jump are responsible for the invention and expansion of many tropes and concepts that permeate manga and anime to this day. If you’ve been following anime for any decent length of time, you’ve likely watched or read something that originated in this anthology.

And if you follow the magazine regularly, even if you don’t read every published series (I certainly don’t), you might have begun to notice a transition taking place. Since the sun has set on two of the heralded “Big Three” and a few other dominant series have ended (a la, Nisekoi and Assassination Classroom), an almost generational shift is occurring, and the powers that reside within the upper crust of Jump seem interested in testing new waters. While the standard shōnen fare still act as pillars of support—One Piece, Black Clover, Haikyuu!!, My Hero Academia—the security they provide allows for experimentation and subversion of the usual brand by which Jump abides. It does this both on a macro level with its business practices, and on a micro level with individual series.

I’d like to outline four observations in particular: average series length, protagonist gender, tone of the narrative, and the number of parties involved in manga creation. Please understand before I dive in further: Yes, I’m summarizing. I might exclude some examples (again, I have not read everything produced within the last five years), and I might provide a little extra weight to other examples. With Jump trends, things must be looked at in a broader context, otherwise they risk losing any sense of pattern because of all the series which circulate through Jump’s archives. 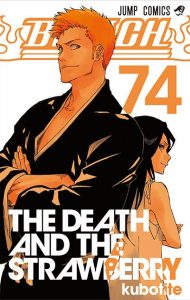 The first point of discussion is the series’ length. Not accounting for series that are cancelled and thus have premature conclusions, the average length of full-bodied serializations seems to be steadily shrinking. Jump is notorious for having some of the longest-running series in history, including the colossal, ongoing One Piece. This change could be due to a variety of reasons: an influx of new creators vying for a spot in the magazine (for a fun means of learning more about this, I suggest reading Bakuman, from the same duo who created Death Note), a reorganization of what editors expect from the creators, or a general recognition that perhaps bleeding a series for every chapter that a magazine can get is not always the best decision in terms of marketing and definitely not in storytelling. The fall of Bleach epitomizes this ideal, having had a very high high, and a very low low, which ended in cancellation. Not that Bleach is alone in this fate, just an easy target. It’s widely understood both inside and outside of the manga industry that forcing a series to continue for the sake of continuing is more than likely to cut its tendons.

To combat this, we see series with more upfront direction and endgame preparation. On paper, this is not ideal for the magazine or the authors, as it means each will be paid less since there will be a shorter run-time. But if a series is doing well, the post-publication volume sales are historically better, so they make the money, regardless. This process leads to hit-and-miss results, thus the reason commitment to shorter series is experimental at best and not the primary means of lucrative gain for the magazine. What’s more, we are seeing an increased supply of series that don’t deviate from their course, going from beginning to end at a breakneck pace, and thus concluding sooner. Two in particular come to mind, each having their debuts within the last two years, and one having already properly concluded at a mere 49 chapters: The Promised Neverland and Astra: Lost in Space. These are series that possess nothing that could be conventionally labelled as “filler.” From the onset, Astra tells readers exactly where it is going and when the story will end. It reached that destination, without detour or cancellation, in under a year. The length of its narrative is widely considered a strength. There’s something about telling a nuanced, tight story that Jump has historically lacked but seems to be making strides to amend. 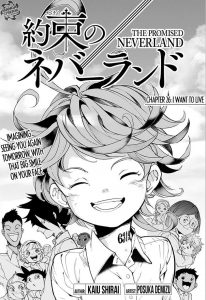 I’m moving to this point next because it will require further use of the examples in the last paragraph. Literally, “shōnen” means something to the affect of “young boy.” Jump has always catered to a male audiences between ages 12 and 19. To relate to this audience, most of the main characters are, well, boys—and thus why many of the genres recycle tropes to meet expected interests.

Jump is saturated with things young men find fascinating: intense sports, battle series, epic fantasies… Rarely do things like romance come into the makeup of a Jump series because, in general, that’s not what its audience wants. And while it’s not unheard of for a shōnen series to star a female protagonist, it’s certainly a rarity, which is why it’s so surprising to see not one, but two serializations helmed by a strong female character simultaneously. Cue earlier reference to The Promised Neverland and Astra: Lost in Space. These series have been critically received and undoubtedly destined for strong anime adaptations in the near future, which will hopefully push the gates a little wider in making female protagonists acceptable as shōnen champions.

When I use the word tone, I mean it as it pertains to the psychological and somatic intensity of a given series. Overall, there seems to be an increase in themes of violence and thriller material. Seraph of the End is one of the bloodiest series I’ve seen Jump produce in a while. My Hero Academia has multiple characters with blood-related quirks, features an arc revolving around child experimentation, and has no qualms about leaving its characters with lasting physiological scars and injuries. The Promised Neverland (yes, I have a bias) includes several situations that graduate from “thriller” material into complete, abject horror. 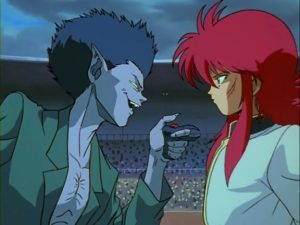 Not that Jump is completely foreign to scenes and series of increased maturity levels; there just seems to be more of it now. The way Yu Yu Hakusho dealt with Elder Toguro will forever go down in history as alarmingly horrific (along with most things Kurama did to defeat his enemies—he did not play nice), and Naruto was no stranger to some heart-stopping content, either. Even Dragon Ball had more than one instance of character suicide, on top of its usual gratuity.

Like I said: broad context. I’ve simply observed an upward slope into heavier territory than where Jump has previously tread, and I suspect it’s at least partially influenced by the recent success of darker, non-Jump franchises. Tokyo Ghoul, the various anime adaptations of the Fateverse, and Made In Abyss are a few heavily-toned series that rush to mind. 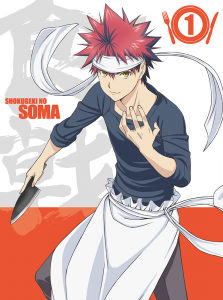 Fourth and final, there seems to be an increase in serializations with multiple creators. Generally, this isn’t considered a wise professional decision since mangaka, short of those with a history and cornerstone series to keep them afloat, don’t make enough money to realistically divide between them. This probably explains why almost all of the currently-running series with two authors (more specifically, an author and an illustrator) are maintained by creators with previous series and experience. Food Wars, Boruto, Dr. Stone, and The Promised Neverland all possess at least two creators. In some cases there are even more creators behind the scenes, if you consider parties that provide specific material toward the success or conceptualization of a series. For example Food Wars has, in addition to a writer and illustrator, its original light novel author involved and the chef who provides the recipes for the series’ showdowns. In that case, there are technically four creators participating—and that’s not even considering the input of the editors.

Noticing these novel trends in a magazine I’ve spent quite a few years consuming, Jump may mutate in an entirely new direction throughout 2018. Even if its evolution is more subtle than extreme, however, Jump has established itself on some rock-solid principles and guidelines, and will no doubt continue to churn out quality series.

At the end of the day, I—like a majority of other readers—want what’s best for the magazine. If Jump succeeds, the creators succeed and thus do their creations. In turn, we, the audience, will find stories that spurn and move us—manga that bring us to laugh, to rage, and to cry. Anything that drives us toward that ultimate end is welcome.