June 14, 2014 / Wesley Wood
TThis question is a common debate among gamers. Some will defend to the death that graphics do not matter and that it is all about gameplay. After all just look at the SNES and Genesis era when games would astound you with story and gameplay while graphics took a back seat in many cases. However, ever since the N64 vs PS1 debate, it seems to me that graphics do play a pretty big role for gamers. I am sure most everyone has seen the infamous Jaguar commercial that touted it had 64 bits! Even now we have people fighting and saying that the PS4 is superior to the Xbox One, due to the resolution being a tad bit better while Nintendo’s Wii U sits in the background churning out great games with last gen graphics and also sits in last place in the console race. It seems like now more than ever graphics play a big part of where people go with their gaming dollars. Battlefield has been innovating with better gameplay and graphics while Call of Duty has had the same look and gameplay since 2007. Call of Duty still outsells Battlefield however, the gap between the two keeps decreasing with every release. I decided that instead of writing my own opinion and calling it a day, that I would instead ask fellow CCG writers to help me out with this debate. Here is what they said.

Do graphics matter in video games? Let’s be literal for just a second shall we? Graphics are the visual representation of the game itself. The graphics are the people, places, and things inside of every game world. They are, quite plainly, the “video” in video games. Without graphics, every game you download or pop into your console is essentially a gussied-up version of Zork. In other words, if you do not have graphics, you do not have a video game at all. This much should be obvious to anyone.

Now, to the heart of the matter. What this question really asks us to do is to examine the importance of the quality of graphics in a given game. This one question begets many other questions. Listed are just a sample of such questions, along with my opinionated answers:

Do high-end graphics mean the game is good? Not necessarily.

Do low-end graphics mean the game is bad? Not at all.

Can graphic quality break a game? Without a doubt.

Should graphics be considered a factor when deciding on a purchase? Yes.

Should graphics be the deciding factor when considering a purchase? No.

In my estimation, the greatest issues affecting the probability of purchase are, and should be gameplay & replayability. Both of these features measure the number hours you are willing to invest in a particular title. It does not matter how pretty a game is. If the gameplay is slow, frustrating, and unintuitive, you simply will not play to the end, and you certainly will not play it a second time. With the ever-rising popularity of indie games, which are known for employing graphics that run the gamut from hand-drawn art to authentic-looking 8-bit NES sprites, it is difficult to stand on the principle that graphics are the be-all and end-all in modern gaming. Now yes, as technology progresses ever-forward, the average gamer, whether consciously or unconsciously, begins to expect increasing levels of realism & depth in many of the games they play. However, realistic facial expressions, life-like monsters, and detailed environments do not, in and of themselves, guarantee an enjoyable gaming experience.

Honestly, graphics are nearly the entire reason I started playing video games. Guild Wars 2 is where my gaming-nerd journey truly began. Why? Because it was beautiful! Typically, females are drawn in by the pretty flowers, and bonus points if they can make their character look almost exactly like them! Now that I have grown into a full-blown lady gamer, I have come to accept spotty graphics as a part of the gaming experience. Some games are just more playable, even if they don’t look the best. So all in all, graphics pull people in, but playability makes us stay for good. 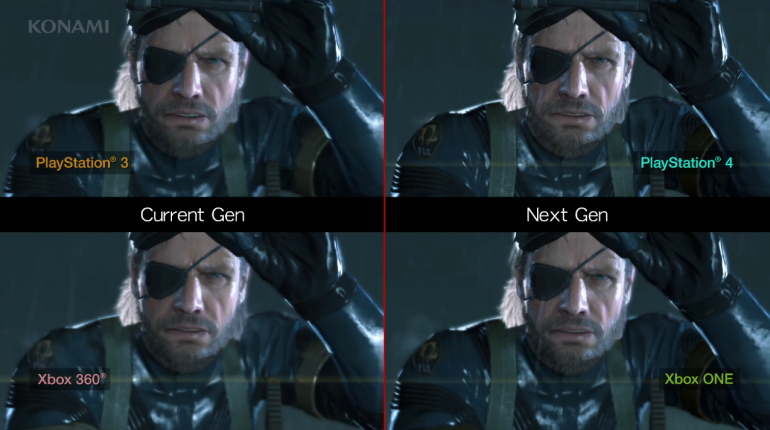 Graphics to me are important, but not the most important thing I find in a game. In my opinion the story and the content of the game are more important to me. I’ll give a couple of examples of great games with not so great graphics, one example is Ace Combat 4 the storyline of this game was one of the best in the franchise but the graphics weren’t the best compared to other PS2 games. I’ll come back to more examples of games with great stories and poor graphics. Also the content in the game is more important than the graphics sometimes, Grand Theft Auto is one perfect example. I don’t play Grand Theft Auto games because of the kind of content in those games, I just find it really disgusting.

Now let’s get back to stories of games before I go on a rant, for me I would rather play a game with a great story and poor graphics then a game with a poor story and great graphics. There’s another game with a great story and poor graphics, but I can’t really remember the title but the story went like this. You get stranded on this weird world and you have to survive some people in villages and you fight zombies and skeletons that ride spiders big enough to bite your head off. While you do all this you are training to defeat the dragon overlord and his henchmen who make the people live their lives in fear. Oh I remember the name now, it’s called Minecraft and we all know how the graphics in that game looks like. So to recap, graphics to me are not the most important thing in a game, most of the time it is graphics and the content of the game. Thanks for reading and don’t forget to save!

Do graphics matter? Hmm… Yes and no. To me as long as the games visual style is not aimed at realism then it does not distract from the gameplay. Mario looks good on every platform and that is due to the visual style holding up over time. Essentially games without realistic looking visuals don’t matter as much when it comes to graphics as they are typically unique and hold up well. However, for realistic games it makes a huge difference! I cannot go back and play Rainbow Six on my N64 due to the game being butt ugly. Super Mario 64 doesn’t have this issue yet that game is nothing to marvel at visually. For me the graphics matter in realistic looking games only. I don’t really give a rip whether Super Smash Bros looks the same on every Nintendo system because the visual style is not meant to be real. Battlefield, on the other hand, is aimed at realism and better be upgrading graphics with every iteration to keep me interested.

What do you think? Do graphics matter to you? Let us know in the comments!