5 Books by C. S. Lewis You Should Read

C. S. Lewis was a Christian apologist, theologian, and the writer of one of the greatest works of fantasy ever produced: The Chronicles of Narnia. But his non-Narnia books are full of intelligent arguments and powerful insight. Here are five that are definitely worth picking up and looking into. 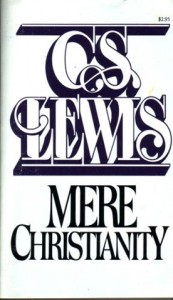 What it is: C. S. Lewis tries to convince us that there is a God and that Jesus is His revelation to humanity. It’s a philosophical step-by-step journey from moral knowledge to faith.

Why you should read it: This was one of the first Christian books I read as a child, and many of the points Lewis makes here have stayed with me into adulthood. Even though I came to disagree with some of his theology, I still find a lot of value in his moral arguments. To Lewis, Christianity is more than a fairy tale; it is a perfectly reasonable conclusion for a thinking person to draw in the face of moral questions. This book has long been a staple for apologists, and while the arguments of many modern atheists have moved beyond what Lewis is laying out here, it still has the power to convince you that faith is an intelligent response to the world around us. 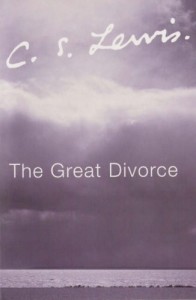 What it is: Lewis takes on the subject of heaven and hell, and shows why people’s choices lead them to each.

Why you should read it: Hell is one of those sticky subjects that a lot of Christians avoid because it makes them uncomfortable. That, or they put such an emphasis on it that they make the rest of us uncomfortable. In The Great Divorce, Lewis is trying to make a point about our morality having a final destination, but what it’s really about is why we don’t change even when we realize there is a better way. Why do we hold on to the things that destroy us, and do we really have a right to expect that death will loosen our grip on those things? Lewis’s conclusions are haunting and challenging. 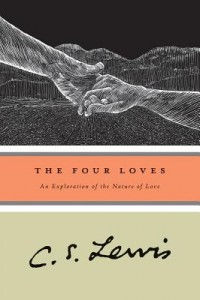 What it is: An analysis of the different forms love can take, and how dangerous and powerful they are.

Why you should read it: Like Miracle Max says, “True love is the greatest thing in the world.” But for something that holds such power over us, we don’t always take the time to examine it. Lewis is usually known for his reasonable defense of faith and his fairy tales, but his writings often reveal a deep understanding of love. This book breaks down the different kinds of love and the danger posed by worshiping love over God. Anyone who has seen love drive a person to destructive behavior will understand where Lewis is coming from. The author of the Harry Potter series, J.K. Rowling, imagined love as a force so powerful and incomprehensible that the wizardly Department of Mysteries, which examined primal forces such as human intelligence and even death, kept it behind a door that is always locked. In The Four Loves, Lewis tries to unlock that door and talk plainly about this power we tend to mysticize, and he comes up with some powerful insights along the way. 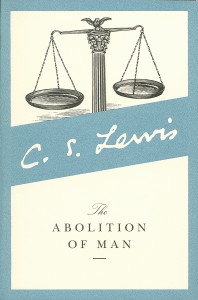 4. The Abolition of Man

What it is: This book is C. S. Lewis’s argument against moral relativism. His appeal is that children be taught that there is such a thing as right and wrong, otherwise we will end up in a nightmare world ruled by people who have had their humanity destroyed.

Why you should read it: Is there such a thing as objective morality? Why does one person (or entire culture) view something as right that another thinks is wrong? According to Lewis, there is an ultimate and overarching Moral Law that every culture and person is bound to, and existential teachings that try to lead people (especially children) into being completely “objective” when thinking about morality is actually destroying something essential to their humanity. It’s a chilling work that actually has a fiction counterpart: Lewis wrote the conclusion of his Space Trilogy, That Hideous Strength, as a fictional examination of what a society that had abandoned moral certainty would be capable of. I came close to choosing that book for this list, but The Abolition of Man is a shorter, easier read, and I wanted to give the last spot to another installment of his Space Trilogy… . 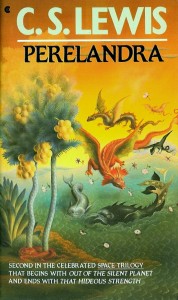 What it is: The only science fiction novel on this list, in which Lewis’s space-faring hero, Ransom, finds himself in an Eden-like garden on the planet Venus and is forced to watch as a new world is tempted with the same fall from grace that has shadowed Earth.

Why you should read it: The science is dated, making the story almost laughable for anyone who can’t respect the assumptions that sci-fi writers of the day were working with. We now know that Venus is not a water planet, and Ransom certainly wouldn’t be able to walk around happily there. But there is a charm to these older space fiction stories if we can appreciate them. The reason it makes this list, though, is for its examination of morality. Ransom encounters a woman that is that planet’s “Eve,” and his evil genius rival, who has also come to Venus, intends to play the part of the Serpent and entice her to sin. It’s a beautiful subversion of the story of Eden, full of Lewis’s insights into goodness and evil, with a thrilling climax. Definitely worth a read.