5 Christian Novels You Haven’t Read (But Should)

Opening by Wesley Wood: I asked Silas Green (our main book guy) to do something that I could not. Show you five Christian fiction books that you probably have not read. As it turns out, I have only read the more well known stuff and I could not make this list on my own. I do include a book of my own choosing at the bottom though! If you have missed out on seeing our 5 Christian Films, 5 Christian Rock Bands, and 5 Christian Living Books lists then check them out. Below is the 5 Christian Novels You Haven’t Read (But Should).

Note – These books are in no particular order. 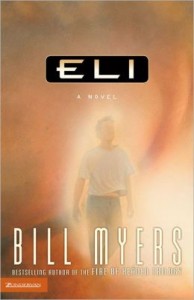 That’s the premise of Bill Myers’ novel Eli. A journalist falls into a parallel universe where he gets to witness the Gospel played out in modern America.

Ever wonder what the modern world would do with Jesus? This book does a great job of painting a believable picture. It’s fun to watch the story of Jesus come to life in a world like our own. Myers also uses his story to take aim at certain aspects of the religious establishment, showing how they would react to a living Jesus walking among them.

If anyone can relate to the words of Todd Agnew’s song “My Jesus”:

Read Eli if you’re interested in seeing a modern-day take on the Gospel, where a plain-clothes Savior makes friends of sinners, enemies of saints, and shows the love and power of God to a nation.

Check It out HERE 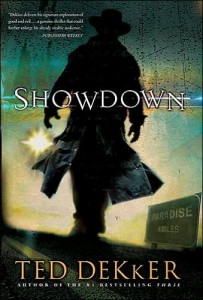 Ted Dekker is one of the most creative writers in Christian fiction today. Showdown is part supernatural fantasy, part suspense thriller. A mysterious preacher comes to the town of Paradise, Colorado, causing a stir among the residents. Meanwhile, in an isolated monastery, a group of young children make a discovery that will test their innocent faith for the first time. Everything is connected, and it’s all leading to a showdown between truest evil and ultimate love.

Dekker’s playful (and sometimes dark) imagination is hard at work, trying to present the Gospel and the power of God’s love in a way most readers haven’t seen before. It’s not just allegory (thought there is some of that), but a fantastical trip into temptation and the war between good and evil that is waged for the heart of every person in the world. Read it for the fun premise, a wicked villain, and an inventive final act that will give you a different perspective on what might be a familiar story to you. 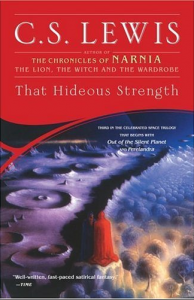 “A modern fairy-tale for grownups.” The third book in C.S. Lewis’s Space Trilogy takes place on our own planet, where a shadowy organization called the N.I.C.E. is attempting to change society, to impose Science without morality upon it. Throw in Lewis’s spacefaring hero Ransom and the ancient wizard Merlin, and you’ve got a fantasy adventure that is not quite like anything else you’ll read.

This one reads like a Frank Peretti novel: organizations that are pawns of dark spiritual powers, people whose souls hang in the balance, and there is even some spiritual warfare. It’s my personal favorite of Lewis’s Space Trilogy. Arthurian legend meets science fiction and theological fantasy, and the result is strange and beautiful. The main point of That Hideous Strength is the same as Lewis’s The Abolition of Man, in which he criticizes subjective morality as destroying something essential to us as human beings: the guiding force of an absolute moral law. 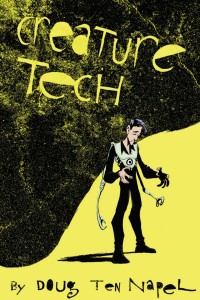 Doug TenNapel’s graphic novel takes on the same subject as That Hideous Strength: the problem of science and rationalism divorced from morality and faith. Prodigal son and scientist Ong returns home to his small town to work in the storage facility for the strange known as Creature Tech. (Fans of television’s Warehouse 13 take note; this could be your new favoritest thing ever.) It’s like one of those places like where they put the Ark of the Covenant at the end of Raiders of the Lost Ark. But Ong doesn’t have much time to settle in before an undead villain that once tried to conquer the world with giant space eels returns to finish what he started.

Because it’s hilarious. This book will make you laugh out loud. And it’s cute and touching in parts too, but mostly it’s just pure fun. Also, it has a great message about finding faith in the midst of all the evidence science presents. But mostly you should read it because it has a hero who enters into a symbiotic relationship with an alien that then learns kung fu for the both of them while staying up watching martial arts flicks on TV. And because after reading it you are going to want to go around saying “Hellcat’s Revenge!” until your friends look at you as if you’re even crazier than usual. 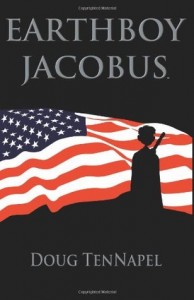 This is the second graphic novel on this list, and also by the brilliant Doug TenNapel. (Doug is also the creator of video game character Earthworm Jim, Geeks!) Earthboy Jacobus is kind of a retelling of the story of Jonah (or perhaps Pinocchio). A lonely, retired old man hits a terra-whale with his car and finds a boy from a parallel universe inside. But the boy is on the run from dangerous insect-like creatures, so the man decides to raise him to be “a great American ass-kicker.”

If you love America, reading this is basically your patriotic duty. I kid, but this book just drools love of God and country. Read it if you’re looking for an unusual adventure story, a touching tale of a father and son, and a man’s journey back to God. (The “prodigal son” theme returns with a vengeance.) It’s a little more serious in tone than Creature Tech, its humor balanced out by scenes of tearful emotion. TenNapel’s otherwordly art style serves him well in depicting the creatures from another dimension, but it’s the characters, especially Chief and Jacobus, that are going to win your heart. There are moments in this book that will stay with you long after you turn its final, beautiful page. 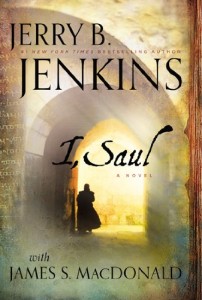 After reading all sixteen of the Left Behind books, I check out Jerry B. Jenkins on Facebook and saw many people asking him when the sequel to I, Saul was coming out (he stated it was coming out in May of 2015, called Empire’s End). Once I viewed all of the positive reviews on Amazon, I knew that I needed to pick up this book immediately. After purchasing it from LifeWay, I read the novel in about a week and I must say it is pretty good and I recommend it for anyone who enjoys thriller novels. There are two plots happening at the same time and the way they are woven together is awe-inspiring. One is present day and the other is from a blast in the past to when Paul is in jail. At first it doesn’t seem like the stories will connect (but they do).

“From multi-million copy best-selling novelist Jerry Jenkins comes a compelling international thriller that conveys you from present-day Texas to a dank Roman dungeon in A.D. 67, then down the dusty roads of ancient Israel, Asia, and back to Rome.

A young seminary professor, Augustine Knox, is drawn into a deadly race to save priceless parchments from antiquities thieves and discovers a two- thousand-year old connection with another who faced death for the sake of the truth. I, Saul consists of two riveting adventures in one, transporting you between the stories of Augustine Knox and Saul of Tarsus.

What do you think? Is there anything we didn’t list, that we should have? Let us know below!