Naruto Manga To End in 5 Weeks 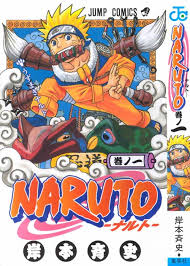 Since 1999, the Naruto manga produced lots of fillers, OVAs, episodes, movies, and videogames from the series. Millions of fans love to read, watch, and play Naruto. Now the Naruto manga is coming to an end.

The 50th issue of Shonen Jump announced that Masashi Kishimoto’s (author of Naruto) said Naruto is coming to an end on November 10th. For those of you who are keeping up with the manga, that means the story will wrap up in just five more chapters.

Don’t worry, though, the anime will still continue to run after the manga ends.

Are you a fan of Naruto? What are your thoughts about it ending? Leave your comments below!