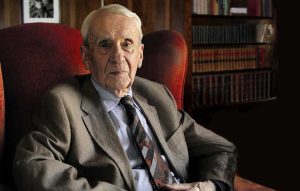 Christopher Tolkien, son of author J.R.R. Tolkien, died on Thursday, January 16th, 2020 in Draguignan, Var, France at the age of 95.

The late Tolkien is one of the most important people in the history of the publication of his father’s Middle Earth books. During his life, his father  only successfully published two of his Middle-Earth stories: The Hobbit and The Lord of the Rings. His vision was much larger than could be held in these four volumes. Following his death in 1973, Christopher took it upon himself to become the standard bearer of his father’s beloved written works. Christopher never personally added to his father’s universe. He only took the seemingly impossible task at hand and edited his father’s boxes of handwritten notes and ideas. It’s only because of Christopher that we have The Silmarillion, arguably his father’s greatest work. His work has resulted in dozens of compendium and ancillary works being published as part of what’s become known as the “legendarium.” Christopher retired in 2018 following the publication of his last Middle Earth novel, The Fall of Gondolin.

Here at Geeks Under Grace, most of us are huge fans of J.R.R. Tolkien’s work. Whether it’s the movies or the books, many of us have an appreciation for the world of Middle-Earth. We would like to collectively share a prayer for the Tolkien family’s  loss. Given how profoundly his work as a preservationist has been, we would like to offer our thoughts together and eulogize that man who gifted his father to the world. 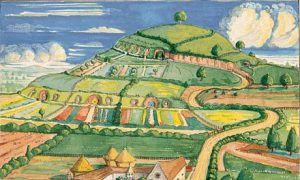 Like many of my generation, I was introduced to the vast world of The Lord of the Rings via the epic film trilogy. Although I was a Star Wars fan and a Marvel girl previously, I recognized a kindred spirit in Frodo, and I immediately took up the mantle of all things Tolkien. If not for Mr. Christopher Tolkien’s tireless work in preserving and “dusting up,” if you will, his father’s brilliant imagination, I would not be the person I am today. I have bonded with strangers over the power of the One Ring, and, as a parent myself now, I think of how thrilling it must have been to fall asleep to those stories every night. I am humbled and grateful that we have been invited into this family’s legacy, with its stories of good and evil, love and loss, and prizes so much greater than mere gold and treasure. 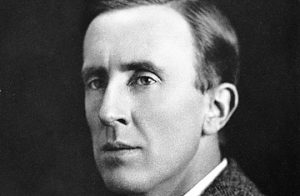 You are the epitome of legacy. You used your life to continue a great work started by your father. Who else can say that? I don’t know of many. To carry on is a noble thing, and for what it’s worth, Christopher is of one of the highest nobles.

The work of The Silmarillion provides so much to not just the series of The Lord of the Rings, but helps me, and probably generations of writers, dig deep into our imagination and make that effort to create our very best. It also inspired us to put a bit of ourselves away, and put our efforts toward others. May we always be inspired by you. 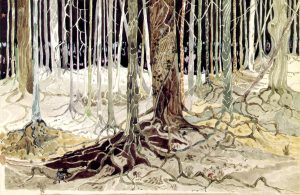 Mr. Tolkien, I pity the position you were placed in for the duration of your life. You were blessed to be your father’s son and it’s a shame your own legacy is so defined by the shadow he’s placed over your life. That said, these stories you’ve given popular culture were written for you. They’re as much yours as your father’s, and the work you’ve done to preserve them has given a greater gift than most people can ever be asked to give. It is a noble thing to give and certainly your family has reaped the rewards of it. I can only pray for the best for your soul and that of your family as you make this final perilous step of life.

May the great Steward of Middle-Earth journey forth into the west this one last time and finally be reunited with his father. 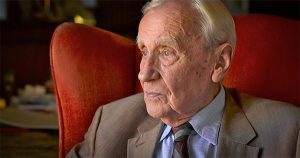