Andy Weir miraculously broke into the literature world with his 2011 masterpiece, The Martian. Following the wildly successful Ridley Scott adaption of his book, Weir’s now back with his second book, Artemis. Much like his first book, it’s a thriller about a person living on another planet. Beyond that and his typical foul-mouthed prose, it’s a very different story than his freshman outing.

Spiritual Content: Multiple characters are referred to as practicing Muslims and Jews.

Violence: Several depictions of violence and fighting, including a character having his arm broken, multiple characters suffocating, and one character nearly dying brutally when exposed to the surface of the moon without protection.

Language/Crude Humor: Severe language throughout, including uses of F***, S*** and other serious expletives.

Drug/Alcohol Use: Multiple characters go to the bar to drink regularly. Occasional allusions to marijuana are made.

Other Negative Themes: Characters regularly scheme, break the law, and attempt to undermine other people and corporations for profit.

Positive Content: Fascinating and nuanced exploration of the corrupting nature of money.

I was never a particularly veracious reader when I was in High School. Truthfully, I only really developed the habit and love of reading late in College when I was commuting daily to downtown Chicago on the train. This isn’t to say that I disliked reading. In High School, I fell in love with science fiction novels. My favorite novels weren’t terribly complex pieces of literature; my favorite book for a long time was Halo: The Fall of Reach. Still, in between my moments of fanboying, I found a genuine affection for the works of authors like Tom Clancy and Michael Crichton. The latter of the two has been on my mind a lot as I’ve been working my way through Andy Weir’s second novel, Artemis.

I managed to read Andy Weir’s first novel, The Martian, in the spring before the critically acclaimed Ridley Scott film adaption released the following October. It’s rare nowadays that I’m totally absorbed into a novel. That being said, The Martian was one of those instances where I was totally and thoroughly absorbed into the story. It was the kind of highly technical science fiction that builds up and explains a complicated set of story rules, getting lost constantly in its myriad of digressions and tangents that let the world breathe and bring you into it. For good measure, the lead, Mark Watney, was one of the funniest characters I’ve enjoyed in a book since The Hitchhiker’s Guide to the Galaxy. He was brilliant, short-tempered, and yet very patient. He could spend five minutes in a corner freaking out and shouting expletives into the Martian atmosphere and then turn around and develop a long-term botanical solution to avoid starvation by growing Martian potatoes. Best of all, it eschewed a more philosophical and reflective examination of the full horror and breadth of his doomed scenario in favor of problem solving. It was, in all, a breath of fresh air. It was exciting, funny, and new and it made me excited to see what Andy Weir could do next. 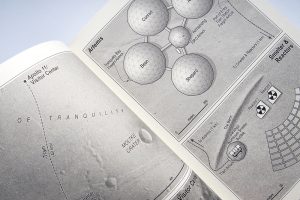 It’s hard to say now whether Artemis fully delivers on the promise of what Andy Weir is totally capable of. The book exists at a halfway point between well trodden ground and ambitious new territory for the fledgling writer that suggests there is more to come, but that he hasn’t quite gotten to the point where he can surpass his masterpiece. In an interview with author and political commentator Andrew Klavan, Andy Weir sited the source of what made The Martian such a unique novel being that it was written piece meal over the course of years as part of a serialized blog with upwards of 3000 people regularly reviewing and critiquing it as it was written. The process was so critically oriented that there were several plot points that Weir was forced to rewrite later in the process as the result of criticism. Artemis definitely feels as though its lacking some of the edge that that kind of constant revisionism would bring to the creative process. It’s a very good thing that Weir is expanding the kinds of stories he can tell within his prose and specialty, but it doesn’t quite work without that very specific dramatic thrust you get from a story where there is an immediate and unceasing threat. In a sense, that’s actually fairly exonerating, though. His first step outside of his wheelhouse turned out almost as good as his first attempt, which is nothing to be ashamed of.

The story follows the life of Jazz Bashara, an inhabitant of the Moon Colony known as Artemis and a career delivery girl for the space station. Her home is something of a frontier world. It’s a place where much of the world’s rules and regulations seem to be loose or easily broken. Given its relative lack of resources, the stations main import is commercial travel for people who want to visit the moon. As a result of this, Artemis is a rampantly capitalistic society and suffers much of the benefits and occasional downfalls such an unregulated society can have. As such, Jazz finds herself caught in a massive conspiracy between rivaling factions on the colony for vital resource contracts that could potentially put her life and the lives of the entire station on the line.

I mentioned Michael Crichton before as my read through of the book most reminded me of his classic Jurassic Park. That book is one of my favorite science fiction books ever and part of what makes it so amazing is how deeply it digresses from the Steven Spielberg film that was based on it. While Spielberg’s film is about hubris and the dangers of playing God, the book is a deep digression on the corporation of pure science for dubious goals. The dinosaurs of the novel aren’t merely miracles, they’re borderline abominations. They can barely breathe in a high oxygen atmosphere and InGen’s is far more interested in it’s ability to profit from the dinosaurs than anything else. The dinosaurs aren’t merely dangerous wild animals, but predators that fiercely hunt human beings at every chance they get. By the end of the book, unlike in the film, whatever good things that the science that created the dinosaurs was able to accomplish was wiped from the face of the earth in a blaze of fire as the Costa Rican military viciously bombs the island so nothing can escape to the mainland.

What connects Jurassic Park and Artemis is the fundamental disdain for the point when money and science intersect. The Bible teaches us that money is the root of all kinds of evil. It isn’t evil in and of itself, but it is one of the more profoundly corrupting aspects of human life. Artemis doesn’t merely take a blankly anti-money, anti-capitalist look at money. It’s a story that’s profoundly aware of the miracles that money can give us. Artemis in the book is itself is a miracle of science and money. It’s the ultimate extension of the modern fad of private space flight brought about by companies like SpaceX taken to it’s logical conclusion. When you have a moon colony that requires every ounce of engineering skill that humanity can muster the one resource you have that you can sell to make the colony solvent is tourism. The one resource the moon has more than anything else is the chance to visit it. The problem is that this pure science is easily twisted into something unethical and corruptible. The colony is a fiscal Wild West, funded in the story by the Ugandan government largely because it’s one of the least economically regulated countries on the planet. The success of the colony, as we find out, miraculously turned the small poor African country into one of the most powerful economies in the world. Our lead Jazz herself is obsessed with money. She talks about money more than almost anything else purely because she desperately desires a life in a more comfortable apartment, rather than the “coffin” sized room she sleeps in. Artemis isn’t deaf toward the need for money as a societal construct, and it doesn’t loath it as much as Michael Crichton does, but it’s very honest about how money can corrupt us.

As per the previous book, Artemis carries on much of Weir’s very unique sense of prose. His characters are always hyper competent (or lacking so) and incredibly foul mouthed. Curiously, the technology in the book is apparently technology that, for the most part, already exists in the modern day — which suggests just how close something like an actual Moon colony could be to becoming reality. As with all science fiction, this is ultimately the point. What makes science fiction unique as a genre is that it’s always about how modern day people would live in a society that’s just a few steps down the technological timeline. The book catches onto and examines that wonderful place in science fiction that allows us to look deep into the mirror and ask ourselves the hardest questions about our lives. In the places it doesn’t succeed, it mostly suffers in comparison to it’s masterpiece of a processor. All things considered, that certainly speaks well of Andy Weir’s talent and gives us hope of great things to come.

- Not quite as solid as it's predecessor - Mediocre drama through storyline

Artemis isn't as good as The Martian -- although what is, really? It's still an immensely enjoyable and interesting sci-fi thriller well worth the attention of fans.