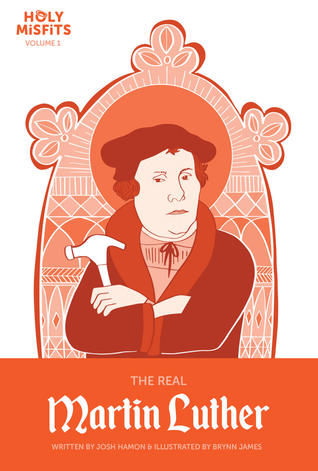 Martin Luther is arguably among the top 10 most influential individuals in the last 1,000 years due to his kick off of the Protestant Reformation that forever changed the church. There have been hundreds — if not thousands — of books written on Martin Luther, with many praising the radical reformer or demonizing the man who divided Christendom. However, some try to approach Martin Luther objectively and try to present both his strengths and weaknesses, which is exactly what Josh Hamon tries to do in a comical, artistic, and easily approachable manner. Does he accomplish his goal? Let’s jump in to the Holy Misfits: The Real Martin Luther and find out.

Editor’s Note: GUG was requested to present an unbiased review of this book. All statements and conclusions are entirely the writer’s own and reflect his opinion accurately. GUG was not compensated for this review. Seriously, we’re not lame like that.

Violence: This book references some violent incidents in history, but nothing more than a reference.

Sexual Content: There is some discussion of marriage and intimacy during one particular chapter, but the author tries very hard to keep it as clean and comical as possible. There is one cartoonish depiction of  a nude Adam, which does show his genitalia, but it is very abstract in how it is drawn.

Drug/Alcohol Use: There is minor discussion of alcohol consumption.

Spiritual Content: The Real Martin Luther is all about Martin Luther’s life and how he kicked off the Protestant Reformation. This book dives into what drove Luther and his personal faith, while also discussing Luther’s theology and his challenges with the Roman Catholic Church. Hamon doesn’t dig into every theological issue of that time, but on some issues, such as indulgences, he spends considerable space.

Language/Crude Humor: The author discusses Luther’s tendency to swear, but keeps the book clean. Hamon will use “#!@$” to illustrate a swear word. 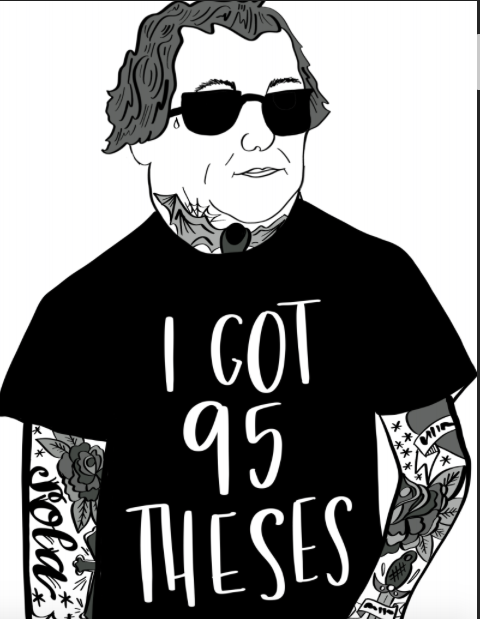 Probably a first for how to depict Martin Luther.

When Geeks Under Grace was asked to review The Real Martin Luther, I jumped at the opportunity to read and review because I have grown increasingly interested in the Protestant Reformation and learning who the reformers were as people. I found Josh Hamon’s version a very refreshing take on the famous (or infamous, depending on your denomination) character. This book really is one-of-a-kind and explores an impressive direction that Hamon chose to take.

Most books I find on Martin Luther tend to approach him from a very academic, and not always accessible and easily understandable, perspective. Hamon chooses not to approach Martin Luthor that way. Instead, he chooses comedy and witty writing to ease the reader in. It almost feels like I am sitting next Hamon and listening to him talk in a funny and relatable tone about who Martin Luther is historically. Hamon isn’t hiding the fact that this book is meant as an introduction to Luther because at the end he provides a list of recommended reading for further study, which actually had me looking them up on Amazon. Hamon also adds footnotes that expand upon his own witty and entertaining thoughts about Martin Luther and the Protestant Reformation.

An example of Hamon’s wit and sarcasm:
“Some consider Martin Luther divisive. Apparently, splitting the Catholic Church can give some people that impression. But the truth is, after a significant amount research, we can say with complete confidence that: He was divisive.” 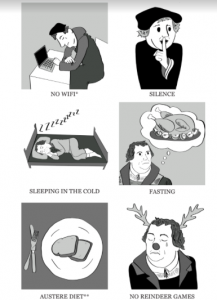 Monk life is not an easy one…

One thing I was notably impressed with was Hamon’s ability to write about so many individuals during the Protestant Reformation while still keeping it squarely focused on Martin Luther. Hamon really did his homework and presented the history in a digestible manner. Everyone who came and went in Luther’s life got considerable time and attention in this tight 178 page book.

I had one minor nitpick issue with the book and that was with the formatting. Sometimes a chapter would be interrupted by a long “interlude” that deviated from the flow and I would sometimes have to flip back to remember where I left off. For example, Hamon starts discussing Pope Leo X and then jumps on a two page interlude on indulgences, which was extremely interesting nonetheless, but I had to flip back to remember what we were originally discussing. Hamon also uses nicknames for certain individuals, like Queen K for Katharina (Martin’s wife) and Freddie Dubs for Frederick the Wise, which is very entertaining, but if you put the book down for a notable period of time, you may forget who these people are.

Overall, these are not major issues and can be overlooked, or even adjusted in further editions and other volumes of the Holy Misfits series. Outside of that, I really enjoyed this book and had a blast reading it, and I realized that I also learned more about Martin Luther than I expected. Hamon proves that he put a lot of heart into this book to make it accessible and fun for all to learn about a man who is usually discussed briefly during a church service or from the theological ivory tower. With that in mind, I applaud Hamon for accomplishing this and accomplishing it well. I would recommend this book to anyone open to learning about Martin Luther, even for a veteran on the reformation, just so they can be entertained by Hamon’s witty approach to writing.

“…Both Martin’s super fans and his haters can see why we picked him for our first Holy Misfit. He is better and worse than you’ve heard. The world is a different place, not entirely as Martin or his enemies would have it, but different because of the person he was and the choices he made.” 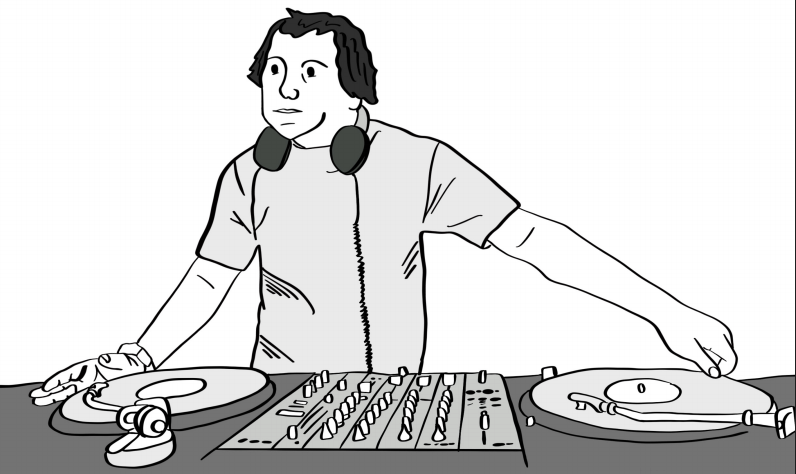 The Real Martin Luther is a fun, witty, and comical take on one of the most influential men in church history. While not perfect, it is a great introduction to Luther and a good start to the Holy Misfits series.