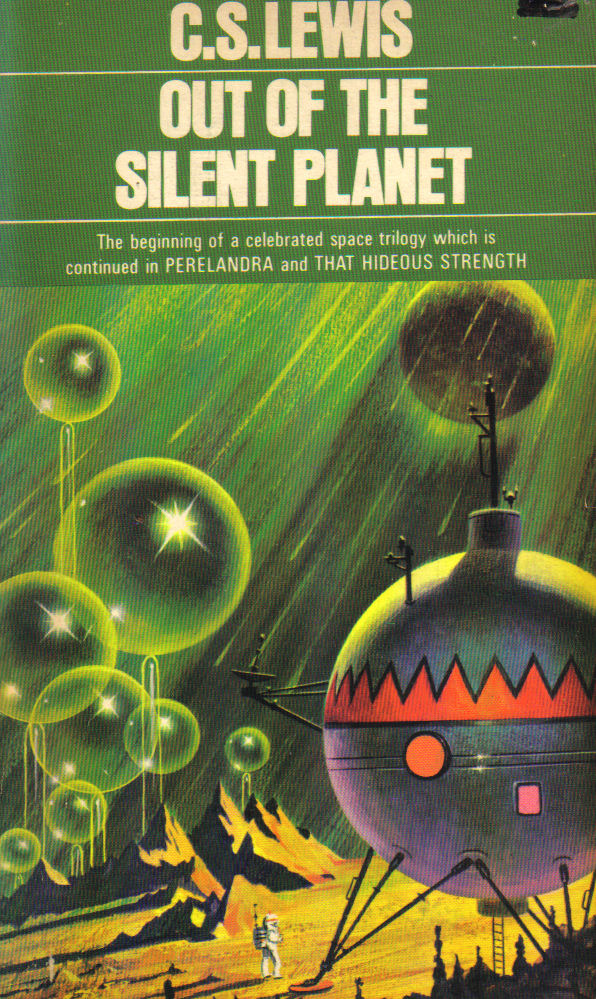 One of C.S. Lewis’s most influential and unique fiction stories began as a challenge between himself and J.R.R. Tolkien. It started with a lament. The pair was dissatisfied with the state of contemporary science fiction in the 1930’s. Both of them agreed to write their own science fiction stories that were better than the current crop of pulp paperback books on the market. Tolkien’s story The Lost Road was a time travel story that wouldn’t be published until decades after his death. Lewis’s book would go on to become the first novel in his famous Space Trilogy.

Spiritual Content: Significant and overt discussion of theology. Christian themes and reflections on the nature of human life.
Violence: A few individuals are killed, but nothing extremely graphic. A character is kidnapped to implicitly be sacrificed.
Language/Crude Humor: None
Sexual Content: None
Drug/Alcohol Use: None
Other Negative Themes: None
Positive Content: Themes of humanity, human nature, corruption and peace. 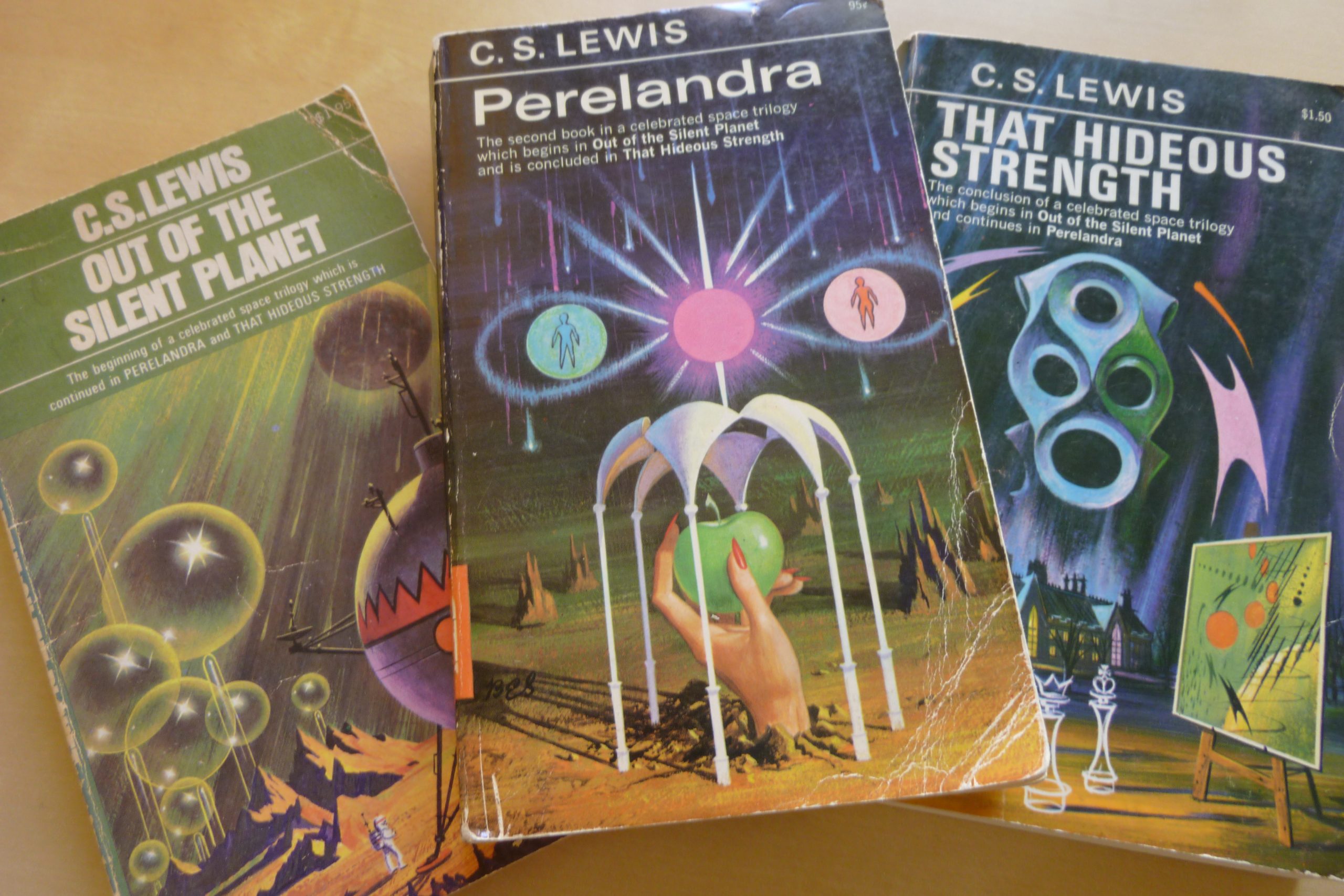 Though not as popular as his Narnia books or as critically acclaimed as Till We Have Faces, The Space Trilogy holds a particular place in the hearts of Lewis’s fans for its spin on the science fiction genre and unique approach to theology. The Space Trilogy asks its readers complex questions about human nature and the nature of the universe. It draws an archaic and medieval vision of what space travel and the existence of extraterrestrial life could mean within the context of a Christian worldview. As we read, the space between planets is inhabited by living creatures, like an ocean. Life exists on other planets, and Earth’s solar system is a complex, lush ecosystem with multiple occupied worlds. In this respect, it’s a fairly outdated book. Some of its predictions of humanity’s space discoveries would be categorically disproven just a few decades after its publishing. Thus, it reads as somewhat novel and naive in hindsight. That said, it’s primarily a work of speculative theology, and its ideas are still magical and thought-provoking more than eighty years later.

From the outset of our story, we meet our protagonist. The narrative hides his true name and simply calls him Ransom (although it’s likely this is supposed to be a stand-in for J.R.R. Tolkien, given the narrator is implicitly Lewis himself). Ransom is a linguistics professor in England who finds himself kidnapped by two strange men who bring him aboard a spaceship bound for Mars. He quickly discovers he’s being taken to meet an alien race and become a sacrifice. Once the ship arrives at its destination, Ransom manages to escape the men’s clutches and begins an expedition across the planet. There, he meets various sentient beings, studies the fauna, and starts a personal journey to survive and escape the two men. As events transpire, he comes to realize he’s the victim of a misunderstanding. He meets the angelic leaders of Mars’ people and begins a long philosophical dialectic about the nature of humanity, theology, life, the universe, and everything in between. 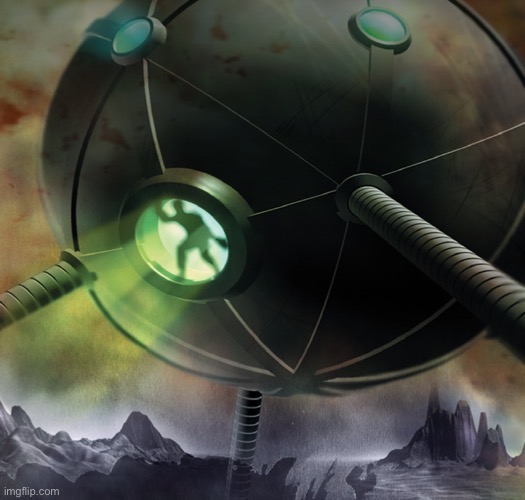 Out of the Silent Planet is not a terribly dramatic book. It has moments of suspense and intrigue, but its main purpose is that of a musing. It’s primarily a philosophical text, and it saves most of its relevant musings for reveals towards the end.

In the story, Earth is known as “the Silent Planet” and is fundamentally disconnected from the rest of the populated worlds in the solar system. It’s the exception to a complex and pure state of nature the rest the universe enjoys, a state humans are incapable of understanding at a glance. While the convoluted and complex names of the alien creatures somewhat obscure their thematic purpose, we soon realize Earth is the odd planet out in the solar system; it’s been warped in a way the other worlds aren’t. The other peoples aren’t burdened with a fallen state as humanity is. While it’s not directly stated, the book heavily implies man is disconnected from the heavens because of the Biblical fall and that Earth is controlled by a hidden dark force.

Extended dialog between Ransom, the aliens, and his human captors make up the book’s final chapters. Names aside, it’s implied the theology of the alien species is identical to Earth’s theology. Unlike humans, though, the aliens aren’t fallen creatures. A great deal of this dialog contrasts the humility and purity of their worldview with the warped perspective of humanity, exploring how the Silent Planet differs from nature’s ideal state and sets it apart from the others.

The chapters wherein these characters come to terms with their predicament are the most interesting in the book. However, the journey to this point is just as important. Prior events are the catalyst by which Ransom and his captors finally realize their twisted nature in contrast with the Martians. There’s great thematic significance to the fact that Ransom takes a roundabout journey out of fear and distrust, only to realize he was guided to a moral truth that would change his perspective on the world.

The novel ends on a minor cliffhanger. Ransom’s story is succinctly resolved, and the reader is treated to a strange new perspective on the nature of the universe. As is clear, though, the conspiracies and dark forces warping the Silent Planet and its people are still in motion. This is a mere introduction to conspiracies further explored in the book’s two sequels: Perelandia and That Hideous Strength.

On its own, though, Out of the Silent Planet is a deeply thought-provoking novel. What it lacks in grand stakes, it makes up for in robust theology, challenging you to reconsider what your concept of normalcy and righteousness ought to mean outside the limited perspective the Silent Planet teaches us to believe.

Out of the Silent Planet is required reading for Christians and fans of C.S. Lewis. It's one of his most creative and original works, and it stands as a wholly unique approach to the science fiction genre that embraces Christian theology with both arms open wide.