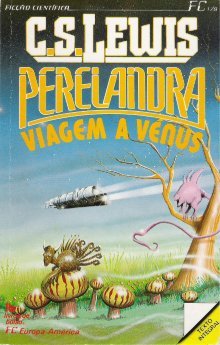 C.S. Lewis continues the story of Elwin Ransom in the subsequent two books in The Space Trilogy following the success of his first book, Out of the Silent Planet. As becomes clear, his ideas to explore the implications of mankind’s fall and its place among the heavens was nowhere near done! His second book, Perelandra, expands the story of interplanetary temptation and salvation by drawing upon one of the greatest works of Christian literature to show the world what it could’ve been in the absence of the Fall.

Spiritual Content: Significant and overt discussion of theology. Christian themes and reflections on the nature of human life.
Violence: A character dies and returns to life as a living corpse.
Language/Crude Humor: None
Sexual Content: A character is falsely accused of sexual impropriety. Characters are depicted as nude for the duration of the novel, but it is in a non-sexual context.
Drug/Alcohol Use: None
Other Negative Themes: None
Positive Content: Themes of humanity, human nature, corruption and salvation. 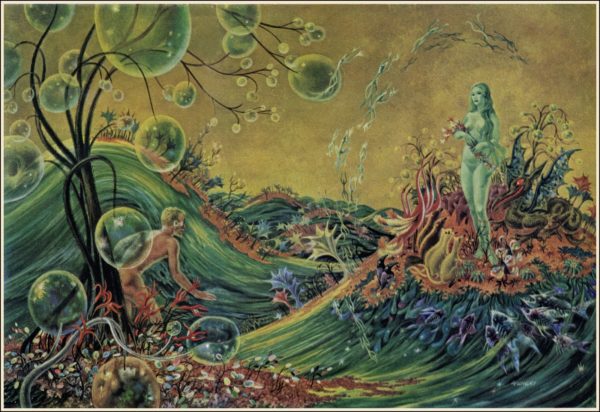 When we last saw Ransom in Out of the Silent Planet, he had just returned to Earth (Thulcandra, the Silent Planet) and relayed the entire story of his trip to Mars (Malachandra) to the narrator of the book, implicitly C.S. Lewis himself. As he discovered in his travels, the solar system is a complex ecosystem of populated planets set against the grandness of deep heaven (space). He came into contact with an angel (Oyéresu/Eldil) responsible for caring for the planet Mars and learned the fallen (bent) nature of his world. The omnipresent threat of “the Bent One” and his influence over the Earth was left dangling at the end of the last book. With Ransom now having been keyed into the greater realities of the universe, he’s picked by Maleldil (the Christian God) for a special mission to travel to Venus and resolve a situation of which he is not informed.

As Ransom comes to understand, events outside of Earth are coming to a head, and his presence is needed on Venus (Perelandra) to resolve an unknown situation. Upon arriving on the planet, he finds himself in a mysterious paradise of churning oceans, floating islands, and lush jungles filled with strange but peaceful creatures. At the heart of it, he meets a beautiful naked, humanoid woman who walks and talks with a sense of childlike innocence. It is immediately clear Perelandra is in an Eden-like state, as the Mother of the planet and her “King” are awaiting some event to push them into a greater awareness of their nature. 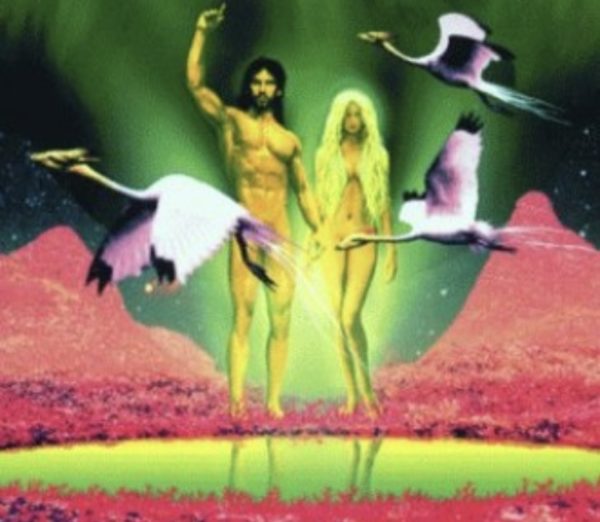 Events escalate upon the arrival of Weston, the human responsible for the rocket ship previously used to kidnap Ransom and ferry him to Mars. Weston’s arrival foreshadows the possibility that the Bent One will attempt to repeat the events of Mankind’s fall on this young, unspoiled world. Seemingly without the help of the Eldila, he may be Perelandra’a only hope to avoid the same fate as mankind.

Jumping into this after reading the first book, Perelandra definitely feels like a more comprehensive and complete novel than its predecessor. As much as I enjoyed it, Book 1 wasn’t very dramatic, and its central conflict effectively rendered it something of a problem comedy. Its plot is resolved by a misunderstanding being put right, and it ends. Book 2 arrives fully formed and more confident in its concepts and metaphor. The story borrows heavily from John Milton’s Paradise Lost and uses similarities between the two to offer original commentary on the nature of man. Like Milton’s book, Perelandra is a tragedy of what could’ve been. 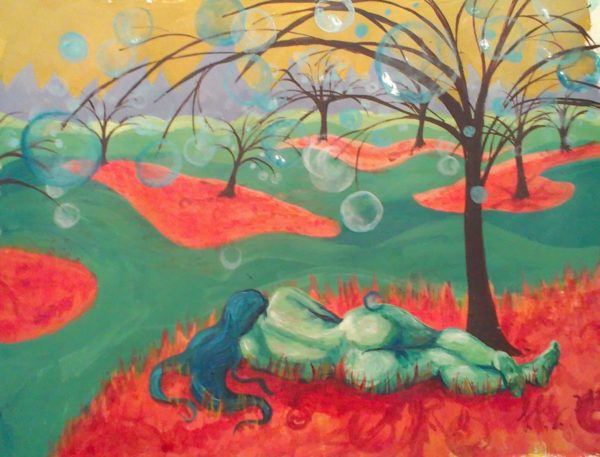 Ransom’s nature is constantly in contrast to the grace and peaceful natures of the Perelandrans and the Eldila. The mother and king both describe themselves as “young” early in the novel and see their spiritual maturity as a form of aging. Given their immortal bodies, this makes sense, as age would only serve to change their maturity. Such innocence, however, offers opportunities for possible corruption. At times, Ransom’s explanation of human concepts depresses or exhausts the Mother. These new ideas broaden her horizons in uncomfortable ways, and it quickly becomes clear just how easy it could be to manipulate her into sin.

The book’s melancholic dimensions are felt in this depiction of innocence and purity. At one point, the male of Perelandra describes the Earth’s state as a cosmic mistake. The Earth’s coming  “apocalypse” is truly the real beginning of a world as it should’ve been. Our world with all its strife and accomplishments is little more than a mistake in need of correcting. The book presents a smallness and emptiness to the experience of being a human, although it is a celebration of life for its own sake. Unspoiled Perelandra is not dissimilar to Eden and the world that could’ve been, had the mother and father of our own species not partaken of the tree of good and evil. It’s clear that the greater goal of deep heaven’s Angels and Demi-gods is reunification between the mortal world and eternity. Thus, Ransom’s mission is to assist in that greater quest. Perelandra must not fall if the will of Maleldil is to be lived out and Earth eventually rescued from the Bent One. 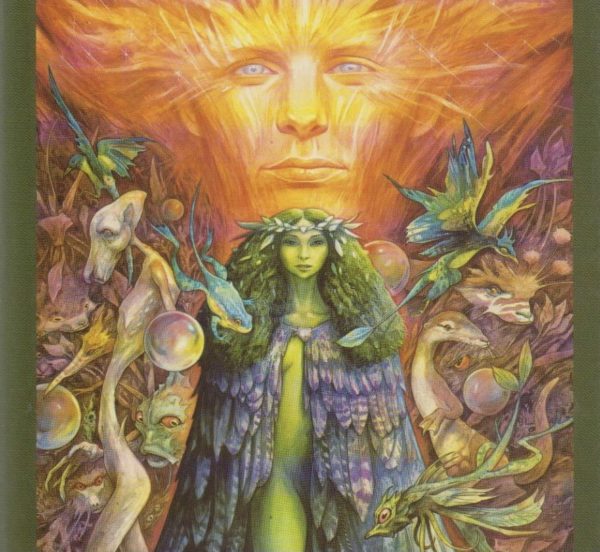 The trajectory of this book’s narrative and some of its dialogue allude to the direction of Book 3. That Hideous Strength is evidently more focused on Earth and the nature of its occupation by the Bent One. We know this being to be an incarnation of Lucifer and that his status as a fallen Eldela has quarantined his influence to the Silent Planet. The second book’s urgency suggests the rapid approach of his final plans. Weston’s speeches suggest the Devil’s newest influences can be seen in every great intellectual sin of the 20th century.

Scientism (the worship of science and scientific achievement) is implied to be the form of humanity’s hubris and the means by which the Bent One’s influence is exercised in the modern world. Lewis goes as far as to suggest the desire to travel in space and colonize new planets is a form of imperialist aggression against Deep Heaven and a misplaced aim, at best. Considering the places science fiction will go in the decades after this trilogy, it frames stories like Star Trek in an uncomfortable light. 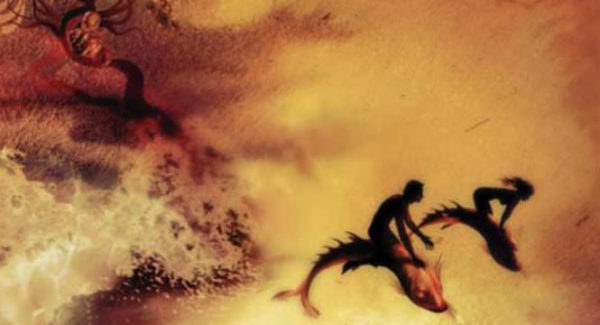 By itself, Perelandra is a massive qualitative leap on an already good book. It delivers on themes the first book only explored in dialogue, and it uses Paradise Lost to further contrast the Fall of Man with God’s will for humanity. Perelandra is easily one of C.S. Lewis’s greatest literary accomplishments. It captures the yearning for a true spiritual home that is so central to Lewis’s theology. All of us yearn for something this world can not give. We are at home only when we find ourselves in the presence of such fulfilling beauty. Then we feel guilt for being unworthy of it.

Perelandra is one of C.S. Lewis's finest works of narrative fiction and might be the highlight of the Space Trilogy!