Targeted to Boys, Enjoyed by All 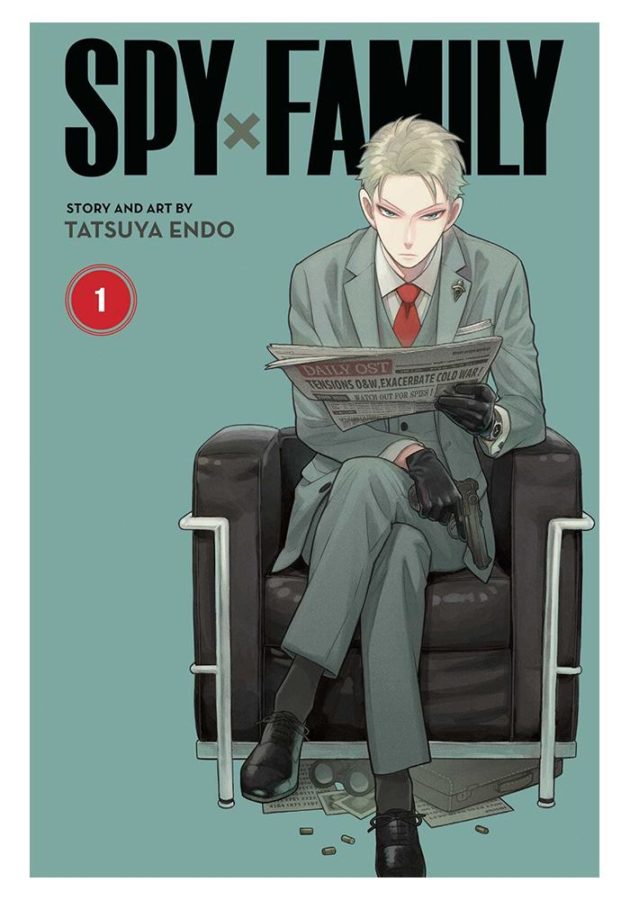 How does a tsundere spy deal with having a family of his own?

Violence/Scary Images: Several people are killed via long spikes or gunshots. Blood is present throughout, but other gore is absent. One character is an assassin. This profession is not touted as good or bad and is usually played off for laughs and convenience.

Sexual Content: A child asks if she is being sex trafficked. Someone implies a woman used to be a prostitute. The main couple pretends to be married and live in the same house, but they sleep in separate rooms.

Other Negative Content: The book centers around a spy during a period of espionage and suspicion. The war of information and violence between two nations is not questioned. People report others to the government as spies for petty reasons, such as being a single woman at a late age.

Positive Content: The imaginary family becomes fond of one another, despite each member having ulterior motives.

Most well-known manga is shonen, which is aimed at young and teenage boys. Due to this demographic, many shonen protagonists are those self-same young, teenage boys. This becomes quickly annoying to someone like myself, a grown woman who enjoys manga and anime. I find myself yelling at the screen because some antics are difficult to understand at best, leaning towards intolerable (Naruto screaming “believe it!” comes to mind). I continue to watch and read shonen alongside seinen (aimed at adults) and shojo (aimed at young or teen girls) plots in hopes a gem will come along. Spy x Family is one such gem.

Despite being published in Shonen Jump, Spy x Family follows an adult man codenamed “Twilight” as he works through a special mission from his superiors. Unfortunately for the bachelor spy, this specific job involves infiltrating a prestigious academy. This means he must create a family with a wife and child within one week and manage to enroll said child in the academy.

Whether by luck or providence, Twilight manages to find a charming orphan girl no one else wants: One who can read minds. He also stumbles upon a bullied maid wishing she had a boyfriend. She happens to moonlight as an assassin. Thus begins the intriguing adventures of this unique family.

Where to even begin describing this manga! Twilight is a typical tsundere character, closed off to the world because of his profession. When he first brings home Anya, his pseudo-daughter, he tries to close off his heart to her. However, the spy-loving little girl has a way of getting into his head without his knowledge. Because of past trauma, Anya cannot tell anyone of her powers. Twilight believes his secret mission is his own, but the tiny telepath is aware of everything he needs, although she occasionally misunderstands.

Yor Briar works part-time as an assassin, but in reality, she is a sweet young lady who wishes for romance. Her initial relationship with Twilight is based on lies – he claiming he wants to fulfill his late wife’s wishes, and her wanting to fool her brother. Yor never reveals her assassin antics to her “husband,” and Twilight keeps Yor in the dark about his true reasoning for entering Anya in the school. Anya is aware of both parents’ secrets.

The volume is scattered with humor, creating a perfect balance to what could become a bleak story. Anya often misunderstands Twilight’s adult thoughts, and Twilight becomes confused about simple, everyday tasks. Yor should be a coldblooded killer, yet she crumbles when faced with other women’s teasing. Characters’ facial expressions sometimes belie the thoughts they express to readers, adding an extra dimension of secrecy and a bit of laughter, depending on the situation.

Beautiful illustrations delight and charm, showcasing both the humor and action of the series. No spy story would be complete without shootouts or kidnapping, and this is no exception. Action sequences are fluid and seamless, often overlaid with narrative from the characters themselves. Though many people die within the pages, blood is not copiously shown. In fact, some of the killers’ methods are used purely for comedic effect (as seen in the image above).

Though this familial relationship starts as a lie, readers can sense the romantic tension between Twilight and Yor, and a bond growing between the three in the false family. They have been thrown together by a twist of fate. However, they will each use his or her talents to the benefit of the whole, whether they realize it or not. This is similar to the way the Church is formed and operates – adopted by God into a huge unit, using talents and gifts for the encouragement of one another.

This is the first volume of Spy x Family, but it feels whole in itself. The mission has begun, and Twilight has managed to create his perfect little family. Readers could technically finish this volume satisfied with his moderate success. They may never know whether his mission is successful, but they can rest assured the family is complete. For those who want to continue the story, more volumes are being published and made available internationally.

There is something for everyone in Spy x Family: Character drama, humor, action, and romance. This shonen may be targeted to boys, but I thoroughly enjoyed the fresh take on the spy/romantic comedy subgenre. The abilities and secrets of each member will certainly shape up to keep the readers, and the family members themselves, on their toes.

- Some slight "secrets in a romantic comedy" cliché

This fresh take on the spy/romantic comedy subgenre is as enjoyable as they come.