A rom-com about rom-coms 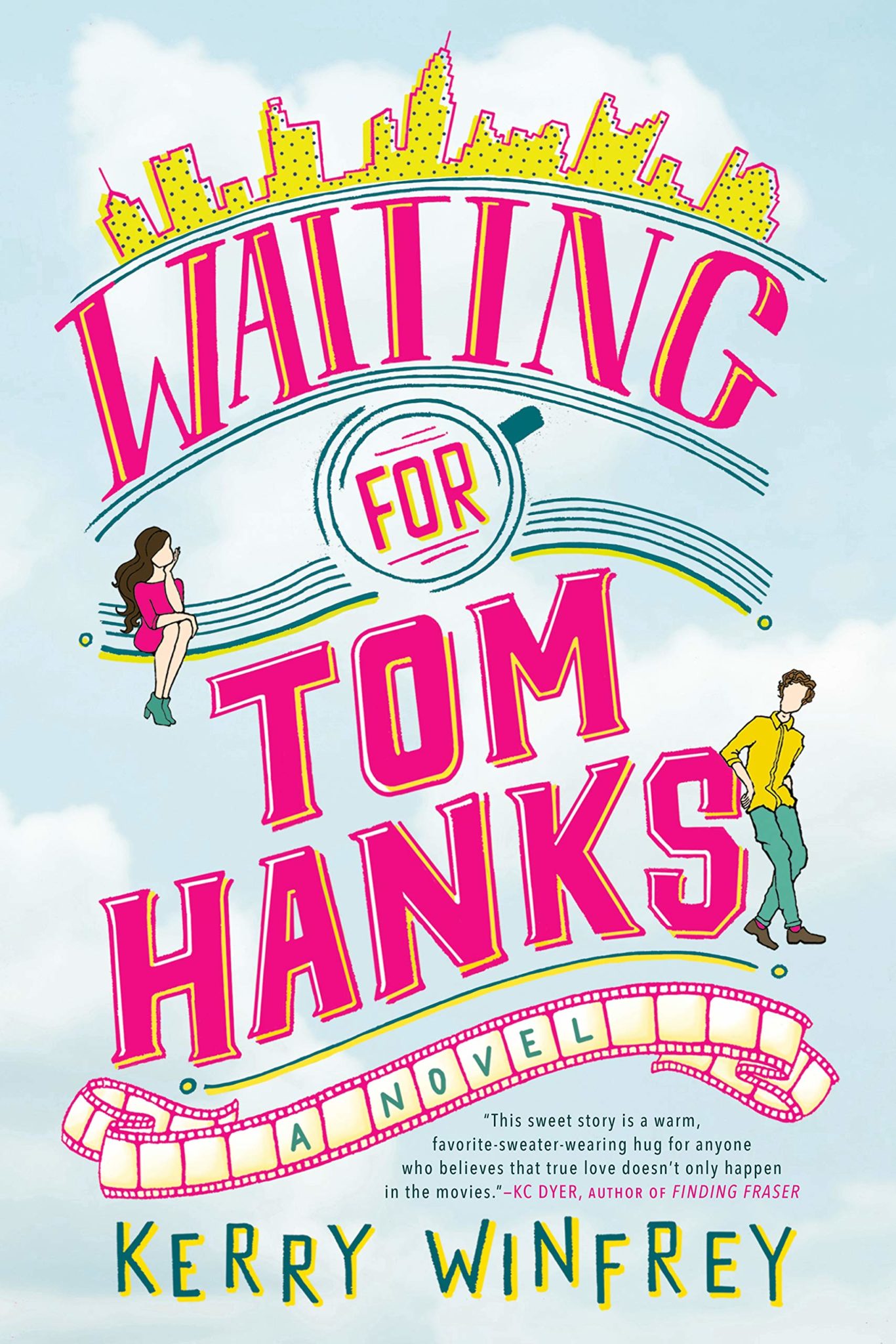 Violence/Scary Images: Some slapstick humor, like tripping and spilling hot coffee on someone. One character sprains her ankle and has to be carried home.

Drug/Alcohol References: The main character drinks at a party before going home and getting drunk on wine. Others drink alcohol socially without becoming drunk.

Sexual Content: The main character fantasizes about having sex with her male friend multiple times, but nothing is described to the reader. An unmarried couple has intercourse, but the event is summed up with “we totally had amazing sex” (206). Someone asks questions about her friend’s boyfriend, including whether he is circumcised, the size of his penis, and other personal questions. This character is bisexual and described as enjoying sex without the commitment of a relationship.

Other Negative Content: A woman has an affair with a married man, but he breaks it off to reunite with his wife. It is casually mentioned that a character’s mother left her family to run off with an online boyfriend. The main character assumes negative things about someone and treats him badly for a time.

Positive Content: The protagonist’s best friend and uncle are always there when she needs them. Two separate relationships end on amicable terms with both parties. A character’s mother and father were deeply in love, and this influenced her to believe in true love. Her mother spent lots of time with her as a child, watching movies and creating happy memories. When a character makes a mistake, they are forgiven and welcomed back into the relationship.

Waiting for Tom Hanks is a wonderful blend of comedy and self-awareness. Most romantic comedies I have seen work under the premise of ignorance; for instance, not knowing your pen pal’s identity. This book works under the exact opposite idea: that knowledge is power. The author utilizes common tropes like the clumsy heroine, the divorced father, and the handsome movie star. Unlike most romantic comedies, though, the characters are aware of these tropes and use them to their advantage. Annie meets Drew, a movie star, by spilling coffee all over his expensive clothes. Her friend responds by saying this is her “meet-cute”:

“A meet-cute” – Chloe stands up straight, shoulders back as if she’s delivering a Romantic Comedy 101 lecture to Nick and his patrons – “is the quirky, adorable, cute way the hero and heroine of a romantic comedy meet” (27-28).

This type of humor relies on being meta: having the understanding that one is in a book or a romantic comedy, in this case. The more Annie realizes her life is set up like one of her favorite movies, the more she tries to make everything film-perfect. This inevitably leads to even greater mishaps and misunderstandings, just like in the comedies she loves so dearly.

Deadpool is infamous for relying on meta humor, so much so that Marvel recently released Gwenpool, whose superpower uses the comic book medium to her advantage. 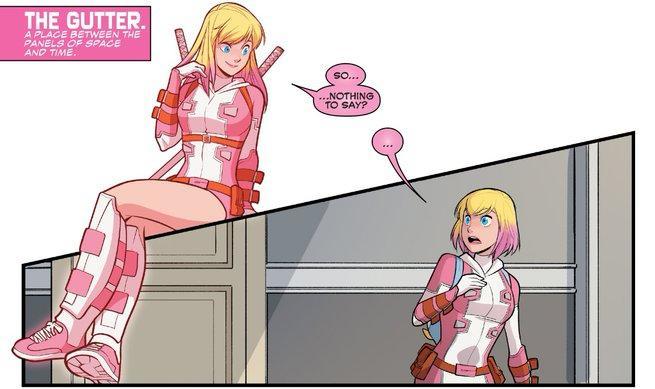 Meta works get kind of trippy.

While Annie does not quite have this kind of power, she does spend the entire book looking for classic rom-com signs about her soulmate. These signs come from predominantly white, middle class films and are skewed to reflect that. The perfect man usually has a child or a dog, owns a houseboat, and acts grumpy but hides a heart of gold. Annie dates a few different men on her journey, even asking them if they own a houseboat.

Most readers hate clichés and tropes because they feel like lazy writing. Some writers use well-known ideas to cover plot holes, and others copy and paste character models to fit their work into a certain genre. The author of Waiting for Tom Hanks knows its limitations as a romantic comedy, yet she throws herself into the genre, all while allowing the heroine a sense of self-awareness. Instead of shying away from the clichés, she uses them to her advantage. When Annie spills coffee on Drew, she is terrified he will be her soulmate. Not long after, she experiences a meet-cute with another man, who happens to own a houseboat. This play on the classic love triangle keeps both Annie and the reader guessing.

Besides being a romance, Waiting for Tom Hanks is a story about love. Yes, romance involves love, but I’m talking about the word in a more general sense. Even though Annie’s expectations are unrealistic, her best friend, Chloe, continues to support her. Chloe has her own tragic backstory worthy of a rom-com heroine (she is getting her own book as a sequel to this one), yet she puts all her troubles aside for Annie. Whenever Annie experiences heartbreak or confusion, Chloe appears at a text’s notice.

Annie’s uncle is another recurring character throughout the story. Readers learn Uncle Don came to stay with Annie during her high school year, when her mom died. Uncle Don seems like a stereotypical old guy geek: going to conventions, cosplaying as Chewbacca, and playing Dungeons and Dragons every Thursday night. Annie misinterprets his interests as social ineptitude and refuses to move away from Columbus. However, the older man is more than an awkward nerd. He genuinely loves Annie and gives her solid advice in the form of DnD metaphors. Both of them have been continuing the status quo in fear of hurting the other. 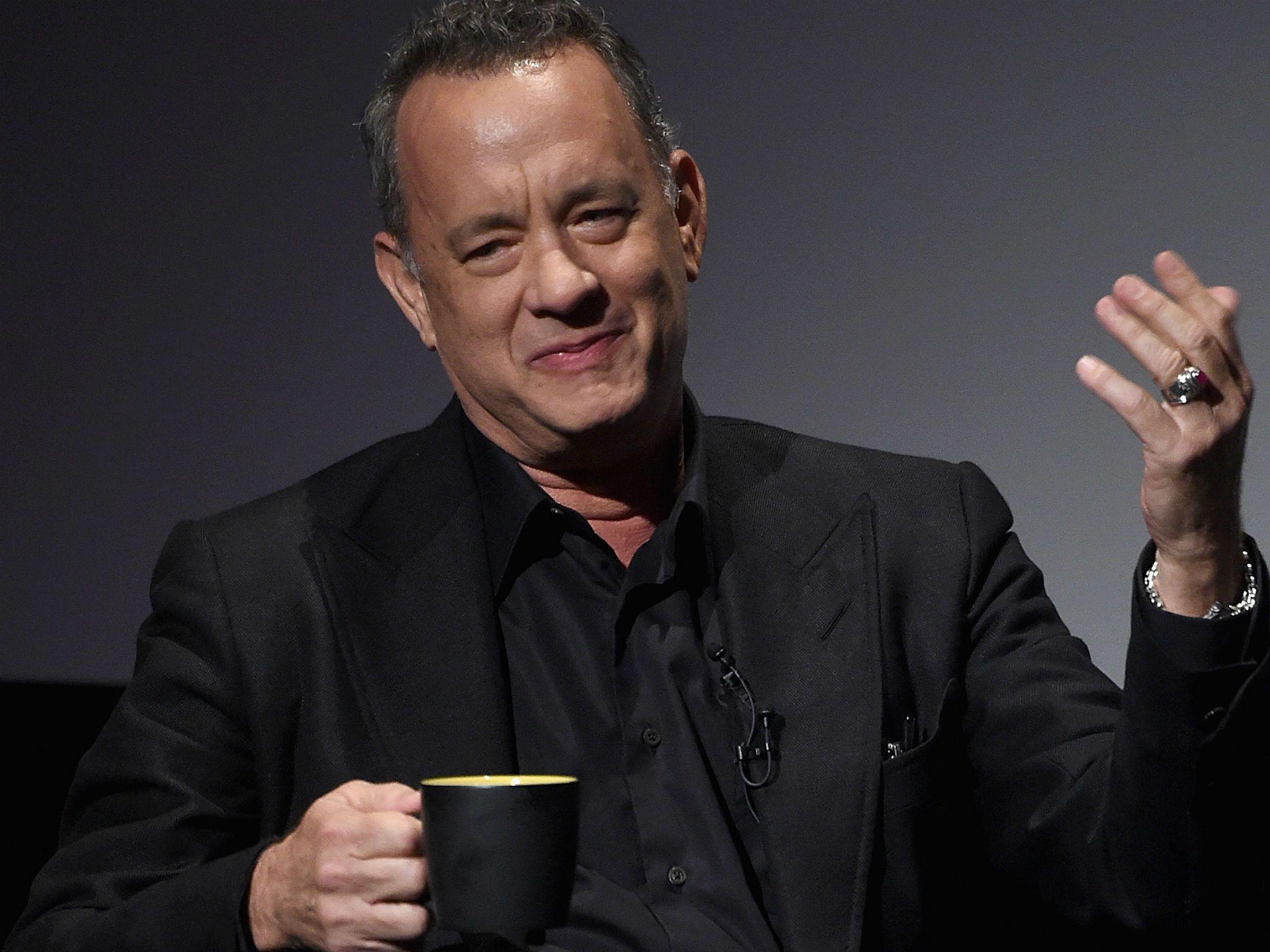 This romantic comedy reinforces the idea that romantic love is wonderful, but it cannot take the place of family and friends. Frozen brought this concept to the forefront by making sisterly love the saving grace at its finale. Waiting for Tom Hanks expounds on Frozen’s theme to showcase a romance which is only possible because of support from family and friends. In fact, Annie herself says:

… [Chloe] gives me a thumbs-up, which is all I need to go on. Because I know that, [boyfriend’s name] or not, I’m not lonely like a rom-com heroine. I have Chloe and Uncle Don, and I always will, even if eventually we don’t all live on the same property (256).

Christians and non-Christians alike sometimes put too much weight on being “in love,” on romantic attachments that may not lead anywhere. While those great romances should be celebrated, we must learn to lean into the love we already have. Friends. Family. God Himself. As a matter of fact, if we have only God’s love, we are complete. This is one of the first romance titles I have ever seen display this kind of awareness.

Waiting for Tom Hanks is a great read for romantic comedy fanatics and simple romantics alike. It delves into discussions of certain movies, mostly starring Tom Hanks, but in-depth knowledge of those films is not necessary to enjoy the text. Between slapstick comedy and real issues, the characters remind us that love comes in many forms, not all of which are picture-perfect. Anyone wanting a feel-good book while they wait for the next Tom Hanks movie should pick this up.

Waiting for Tom Hanks is a great read for romantic comedy fanatics and simple romantics alike. Anyone wanting a feel-good book about love, family, and friends should pick this up.