The Hero’s Journey is something you are probably familiar with. From ancient myths and fairy tales to modern fantasy and science fiction novels, the story of the hero who answers the call to adventure has been told countless times. The Messianic Hero’s Journey is basically a trope that imitates the journey of Jesus. They are not always Christian stories, but they have important things in common with the Good News of the Savior. There is usually a prophecy about a coming hero: the hero leaves home on his adventure, demonstrates goodness (and is often marked by the supernatural), sacrifices himself and dies, and rises from the dead to save the world because death cannot hold him. Be warned that this list includes a few SPOILERS, and it features characters from books, not films (Sorry, Neo!). Here are the five coolest heroes to ever try to follow in Jesus’s footsteps. 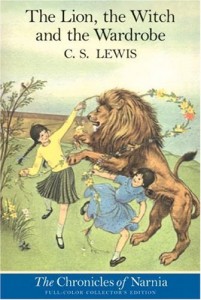 In The Last Battle, Lewis refers to him as “the good lion by whose blood all Narnia was saved.” And in The Voyage of the Dawn Treader he tells Lucy that he exists in her world as well as Narnia, but there must be known by another name. Most agree that his name in Lucy’s world is Jesus, and accept Lewis’s fairy tale as a Christian allegory. Lewis himself did not consider Aslan to be an allegorical figure (he seems to have had a more specific definition for “allegory” than most of us do). He wanted to create a story in which the Son of God came to an imaginary world of animals to suffer and die for sinners the same way he did in our world. So Aslan is not supposed to be a representation of Jesus; he’s supposed to actually be Jesus himself (albeit a fictional version). Way to complicate things, Lewis! Complex academic definitions aside, because the character is an invention of Lewis’s, a fictional person whose story parallels the Lord’s, I don’t think this list would be complete without him. Aslan’s submission to the cruelty of the White Witch for the sake of the traitor he loves is one of the most heroic scenes of any fantasy story. I remember reading the book as a teenager and getting goose bumps when the Stone Table cracks, signaling that Aslan had come to life again. 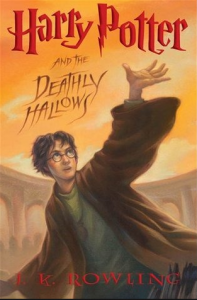 J.K. Rowling has said before that she wasn’t trying to do with her story what C.S. Lewis had done, and her books are not allegorical at all, but that doesn’t mean that faith hasn’t influenced her storytelling. Nowhere is this more apparent than at the climax of the series, when Harry offers himself to Voldemort to protect those he loves. He has a near death experience (Messiah-figures in fiction do not always literally die; often, they endure a symbolic death), but returns to defeat his evil nemesis. Not only that, but his act of sacrificing himself for his friends marks them with the same protective charm as his mother cast on Harry by giving her life for his, rendering Voldemort’s deadly attacks useless against them. Harry’s “death” and resurrection are what enable him to save everyone. There are other Christ-like aspects to Harry’s story, including his birth being prophesied, his enemy’s attempts to kill him while he’s only a baby, and resisting the temptation to greatness that Slytherin—marked by the symbol of the serpent—offers, and so on. Harry Potter may be a controversial character to many Christians, and Alan Moore may have cast him as the antichrist in his League of Extraordinary Gentlemen comics, but his journey and triumph in J.K. Rowling’s novels makes him a definite Christ figure. 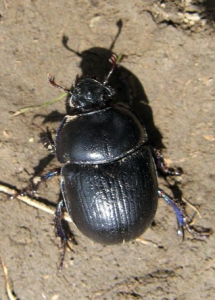 I might have mentioned before that the online serial Worm is nothing less than the greatest superhero story ever written, but Taylor’s epic journey takes her to a familiar point of self-sacrifice and symbolic death/resurrection. Her story also features elements of prophecy, pits her against an enemy that wears the image of the serpent as his symbol, and tasks her with attempting to save the world. While Taylor herself may not seem particularly Christ-like sometimes (she’s shy and occasionally displays a cold brutality), she is devoted to being a true hero and protecting her city and the world, even when it costs her dearly. The climax of Taylor’s story is one of the most thrilling moments in all of fiction, made even more amazing by the ways in which it mirrors the greatest heroic moment in all of reality. 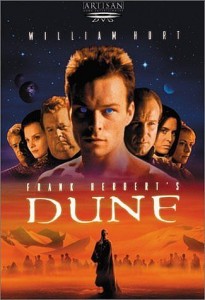 Dune‘s hero, Paul, the teenage son of a spacefaring noble family, literally descends from heaven to save a world. Like Jesus (and Moses, who was another Christ figure), Paul flees from his persecutors to the desert (actually an entire desert planet), where he steps into the role of prophesied savior, the Mahdi (“The One Who Will Lead Us to Paradise”). His relationship with his mother is fascinating, and definitely parallels the “mother and child” archetype that we see in ancient myth and in some of the representations of Jesus and Mary. Paul’s death/resurrection scene comes when he drinks the deadly (and horribly misnamed) Water of Life. Rather than kill him it unlocks his psychic potential, and when he rises from near death, he is more powerful than ever, able to save the planet and wage holy war against his enemies. And if his messianic role in the story is in any way doubted, the sequel to Dune, which continues Paul’s story, is actually titled Dune: Messiah! 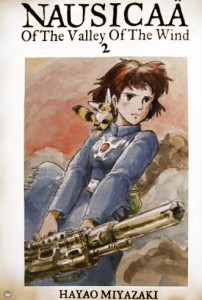 Hayao Miyazaki’s amazing manga series Nausicaa of the Valley of the Wind has been an inspiration to me ever since I was a child and watched the sadly cut American release of the anime movie, titled Warriors of the Wind. It was also a big influence on my favorite video game series, Final Fantasy. It is an epic fantasy story on par with The Lord of the Rings or Star Wars. The hero of the story is the vibrant princess Nausicaa, whose tiny country becomes involved in a war between two vast nations and the deadly Sea of Corruption (a mutant jungle of giant insects) that is spreading across the land. Nausicaa is kind, pure-hearted, and brave, but more than any of that she is empathic. She wants to save everyone, even the giant bugs. As the series progresses we find out that she is the fulfillment of a messianic prophecy (and may in fact be a god). At one point in the story she is captured by one of the giant Ohmu (huge intelligent bugs) and falls into a kind of coma, during which she has a mystical experience. She rises from her “death” to complete her journey to try and save the world. (The animated film features an even stronger death/resurrection scene, in which the character actually dies and is brought back to life.) Psychic powers, an interesting take on the “mother and child” motif, and a powerful scene in which she has to overcome temptation all help to mark her as a Christ-figure even before we get to the prophecy and her symbolic death/resurrection. If you haven’t read the entire graphic novel series, I highly recommend it. It’s a beautifully rendered fantasy with an awesome heroine, one whose character and adventure follow a very Christ-like pattern.