What Are Books Supposed to Make Us Feel? 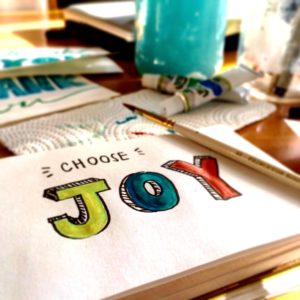 TV-famous home organizer Marie Kondo recently ignited an uproar in the book community with her suggestion that people should only keep books that “spark joy” in their homes.

I think most any reader will agree with this idea, that books serve a wide variety of good purposes and not all of those are to spark joy. With that being said, are there feelings books should not leave us feeling?

This isn’t a discussion about content—it’s well established that there is certain content Christian readers should avoid consuming for biblical reasons. This discussion revolves around a concept that is, unfortunately, much vaguer.

I recently got around to reading a book that had been on my shelf for a long time, and one I expected to love: A middle-grade adventure set in a post-apocalyptic steampunk future.

The Fog Diver is the story of four kids—Hazel, Swedish, Bea, and Chess—who have all been orphaned by the brutal living conditions of the post-apocalyptic world, and/or the actions of the evil overlord Kodoc. They have all been taken in by Mrs. E, and together crew an airship to scavenge the fog-enveloped world (the fog is actually clouds of deadly nanites) for useful materials they can sell to make a meager living.

But Mrs. E has the fog sickness—a deadly disease caused by breathing in the nanite fog—that will soon kill her, and the four kids are desperate to save her. They stage a daring plan to escape Rooftop, the city where they live oppressed by Lord Kodoc, and take Mrs. E to Port Oro, a free city with technology to treat fog sickness.

The book follows their efforts to raise enough money for passage while avoiding pirates, street thugs, and Lord Kodoc’s lackeys. They eventually succeed, and the book ends with them arriving safely in Port Oro.

Except…I didn’t feel happy after reading it. To be honest, I felt kind of depressed, and I wasn’t sure why.

It wasn’t the fact I disagreed with some of the content (there is a brief, passing reference to how Hazel’s “dads” died in a factory, etc.). I could point you to dozens of books on my shelves that contain larger amounts than this one of content I disagree with, and I still love them. It wasn’t even the fact the book was dark. Suzanne Collins’ Gregor the Overlander series is, in my opinion, much darker overall in its themes and content, and yet it didn’t leave me feeling depressed the way Fog Diver did.

I spent a lot of time thinking back over the book, and finally realized why it had left such a shadow: The story ends without offering hope, because the main characters’ collective focus is solely upon themselves.

The city of Rooftop is brutal and harsh—built on a mountain peak above the reach of the nanite fog, the place is so overcrowded that the poorer classes don’t even live on solid ground; instead, they live on shaky platforms constructed of scrap metal and wood in a ring around the peak. If the overlord detects what he believes to be sedition, or if the destitute are unable to pay their rent, their neighborhood may be “ditched”—the platforms overturned, sending everything and everyone on them toppling into the abyss below.

When Lord Kodoc prepares to ditch the main characters’ neighborhood, they rush to rescue Mrs. E, who is too sick to move on her own, and they end up escaping in time…but there is absolutely no mention of what happens to anyone else in the neighborhood. The kids mourn their lost home, and regret the loss of belongings, but never make even a passing mention of the fact many other people lost their homes in the same event. There is never even a mention telling readers whether the other residents of the neighborhood made it out alive or not—not a single mention, even for descriptive or scene-setting purposes.

The story ends with the kids and Mrs. E making it safely into Port Oro, and celebrating their successful escape from Rooftop. Again, there is no mention of anyone but themselves. No thought is given to all those left behind. The main characters express happiness when they discover other characters have been sent to help them reach Port Oro, but no one expresses thanks or gratitude—not even when some of those other characters nearly die. They care about each other, and about themselves, but there is nothing to indicate they really care about anyone outside of that small group.

As I thought back over it, I realized this attitude pervades the entire book—the characters’ perspective and focus is entirely centered around themselves, and this was what had left me feeling hopeless, depressed, and rather meaningless after reading it.

I’m not saying there is anything wrong with a story about characters who are simply trying to escape a bad situation and find a better life for themselves. After all, this is a kids’ book, and the characters are kids—it’s not reasonable to expect a bunch of children to overthrow a government and save a civilization on their own, even in a fictional story.

But in a world full of pain and suffering, do we really want to teach our children to ignore the sufferers around them and only focus on finding their own happiness? Do we want our children to be blind and unaware of the pain of others? Or do we want them to actually see the pain, problems, injustices, and needs around them?

It is not reasonable, healthy, or realistic to expect children to change the world—granted. Even Katniss Everdeen, arguably a child by many standards, needed the help and guidance of the many adults around her to inspire the revolution and save her world. The Pevensie children needed Aslan and Narnia’s (adult) armies to help them defeat the White Witch. But how are children supposed to grow into adults who can change the world if they are not learning in childhood to be aware of what needs to change?

I would submit that every book we read should, in some way, help us learn and grow to be a better person. For me, that means books that encourage me to look outside of myself and my own struggles, so I can see the hurting around me, even if the pictures I see don’t spark joy.