It’s that time again.  Every two years, Americans are called to give their voice to the question: “Who should be running this country?”  Granted, this year is a midterm election, so participation will be lower.  But Christians, along with every other citizen in the U.S., still have to make difficult decisions about what candidates should receive their votes.  How about something to lighten the political tension?  Here are five political parties that definitely… stand out. 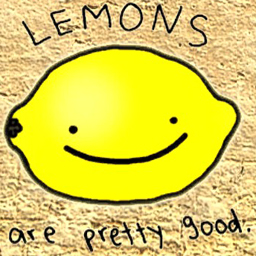 The Lemon Party of Canada is headed by “Pope Terence the First,” whose existence is questioned (no one knows if he is real).  Their leadership exemplifies the hilarity of this party. Campaign promises? If elected, the Lemon Party plans to accomplish a number of goals.  First, they plan to restructure the economy of Canada around lemon production. But wait! Canada does not have the climate for growing lemons. No problem! The Lemon Party supports global warming so that Canada will be able to grow lemons. Oh, and they also want to abolish Toronto, repeal the law of gravity, and merge the Great Lakes. Sadly, the Lemon Party only ran candidates in 1989 and 1994 (and did not win any offices). 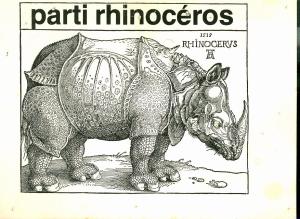 2.  The Rhinoceros Party of Canada – Promises Not to Keep Any of Its Promises if Elected

It seems like the Canadians may have the market cornered on amusing political parties. Technically, this is the “neorhino” party, as there was a Rhinoceros party before the current one. That, and the creator liked the Matrix character, “Neo.” Basically, this party is all about mocking other political parties and causing them grief. For instance, the Liberal Party of Canada once ran a candidate named “John Turner.” In response, the Rhinoceros Party ran a candidate also named “John Turner.”  Needless to say, this caused some confusion. They have also had a male candidate promise that “If elected, I will never have an abortion.” I believe he has kept his word on that count. Like the Lemon Party, the Rhinoceros Party plans to repeal the law of gravity. They also plan to promote higher education by building taller schools and count the Thousands Islands to ensure that we Americans have not stolen any. Unlike the Lemon Party, the Rhinoceros Party is still going strong, having received 3800 votes in the 2011 election (but no candidates have ever won an election).

3. The Best Party of Iceland – All Other Parties Are Secretly Corrupt, So We Will Be Openly Corrupt

Now we get to a party that is slightly serious. I say that, because in the 2010 election the Best Party of Iceland actually won 6 of the 15 seats on the Reykjavik (Iceland’s capital) city council. That’s pretty impressive. Their success can be contributed to politicians who the general public felt contributed to Iceland’s banking collapse in 2008. Also,they made a video proclaiming some of their positions that was widely popular. In the video, they declare that they want “a city that’s cuddly and clean and cool” and that they are the “bestest [sic] of all parties.” Among other promises, the Best Party wants to put a polar bear in the city zoo and a Disneyland in a city park.  Personally, this sounds like a party that would have my vote. If any of you want to check out the video with English subtitles, the link is below. I would recommend watching it; a party like this may even come along in the U.S. sometime soon! 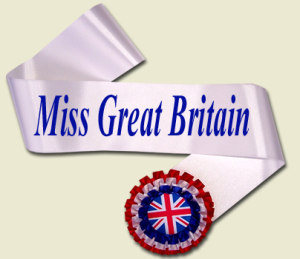 Founded by the one-time Miss Great Britain contest chairman, Robert de Keyser, this party is mostly made up of women who have participated in the Miss Great Britain beauty pageant. A quote from de Keyser states: “We want to appeal to the millions of voters who have been reduced to cynical apathy by the dreary and sometimes rather murky world of Westminster and Brussels. We want to bring some fun, glamour and transparency to the political process but at the same time the serious message that beauty does have a real power of its own to harness and create positive change.” To sum that up, they are basically attempting to rectify what is wrong with politics through… beauty. To that end, they push for mandatory health and beauty education to improve the overall physical appearance of Britons, along with a British Bank Holiday to celebrate people looking fabulous. Unfortunately (or maybe fortunately), the MGB Party is no longer registered with the Electoral Commission. 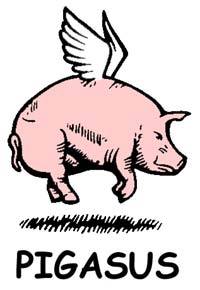 5. The Yippies (a.k.a. Youth International Party) of the United States of America – “Pigasus the Immortal”

Ah, home sweet home. Land of the free, home of the… weird? That would be an apt intro to a description of the now-defunct political party known as the “Yippies.” The Yippie party was mostly a party for pranksters who were disenchanted with the political status-quo.  Either that, or they just wanted to mess around.  The term “Yippie” itself means “Energy – fun – fierceness – exclamation point!”, at least according to Abbie Hoffman, one of the original founders. Yippies were completely and utterly against the established political parties, and mocked them to the point where multiple known Yippies were subpoenaed by the House Un-American Activities Committee. At the proceedings in the HUAC, the Yippies gave Nazi salutes to the committee. One individual even attended the meetings dressed as Santa Claus one day and a Viet Cong soldier another. Hoffman, was arrested for wearing an American flag to the committee hearings. He said “I regret that I have but one shirt to give for my country.”

In 1968, the Yippies nominated a 145 pound pig for the United States presidency. His name was Pigasus. The Yippies demanded that Pigasus be treated as a serious candidate, with secret service protection, etc. Sadly, Pigasus was “arrested” by the police at the rally where his candidacy was being announced, along with several of his dedicated Yippie followers (they were charged with disorderly conduct) .  All the Yippies were released on bond, but the fate of Pigasus remains a mystery. Some believe that a police officer ate him.  If true, that would be quite ironic seeing as one of the main reasons Pigasus was the preferred candidate for the Yippies was revealed in the quote, “If we can’t have him in the White House, we can have him for breakfast.” Poor Pigasus.

In summary, I hope you all have enjoyed this amusing little diversion from our modern-day, (usually) very serious politics.  I encourage you all to get out there and vote, regardless of who you choose, but remember that God is above it all and we should always be praying for our leaders. Whether we voted for them or not.