Hatred and Healing: Fame, Failure, and Forgiveness in the Life of Kobe Bryant

As a fan of the San Antonio Spurs, my favorite memory of Kobe Bryant is actually his team’s downfall at the hands of the 2004 Detroit Pistons. At the time, I was spending a month at Emory University for a fellowship opportunity with the United Negro College Fund / Mellon Mays Undergraduate Fellowship for the purpose of pre-doctoral professional development. Though my peers hailed from Historically Black Colleges and Universities (HBCUs) located all over the southern region of the United States, a vast majority of us crowded in the recreation room of a humongous frat house to watch the NBA championship series. Besides being a salty Spurs fan—for you non-sports types, Kobe’s Lakers had to beat us to get to the finals—or naturally cheering for an upset that would come into fruition, I recall an ulterior motive for cheering against Kobe that is more nefarious than merely desiring for the Lakers to lose to end the comparisons between Kobe in my childhood hero, Michael Jordan (the loss did not and the debates continue). With anachronistically incel-like behavior, I heckled the female Lakers fans, gatekeeping them because they admitted that they were watching because they were crushing on Kobe, regardless of whether or not they were genuine fans of basketball. 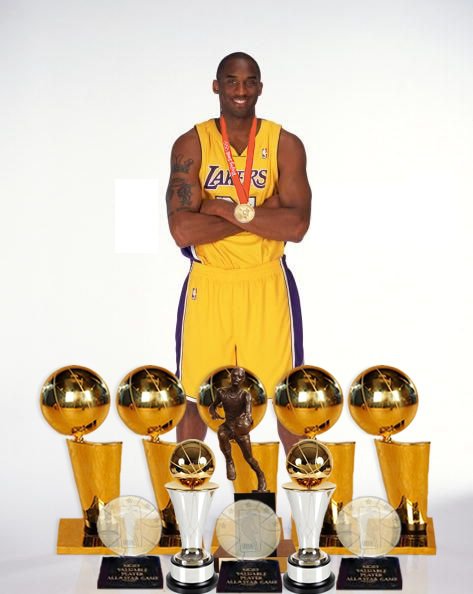 I have since repented of this behavior, though I have not asked the ladies of my ire for forgiveness. Trust me, though, when I say they were not even studying me. But I knew in my heart that my sexist behavior was wrong. And yet, I could have done worse. In other circumstances, I have. Thus, when I observe the negative reactions that a minority group of (mostly) women has expressed in response to Kobe Bryant’s tragic death, I am grateful to God that people will not remember me for the worst things that I have ever done.

He has not dealt with us according to our sins, nor punished us according to our iniquities. For as the heavens are high above the earth, so great is His mercy toward those who fear Him; as far as the east is from the west, so far has He removed our transgressions from us ~ Psalm 103: 10-12.

Most people, including lifelong Kobe-haters like myself, did the conscionable thing by expressing condolences upon finding out that Kobe Bryant died tragically. So I cannot help but to consider the pain, anger, and bitterness consuming the hearts of those whose hot take on this story is to remind everyone that Kobe was a rapist, due to seventeen-year-old allegations. Even when reminded that nine other souls were lost as the result of a dozen-passenger helicopter crash, including Kobe’s thirteen-year-old daughter, Gianna “Gigi” Bryant, her similarly-aged friend Alyssa Altobelli, and parents John and Keri Atobelli, Christina Mauser, mother and daughter Sarah and Payton Chester, and 20-year veteran pilot Ara Zobayan, these detractors remain resolute in their indignation, as though the loss of these lives were necessary sacrifices for the cause. 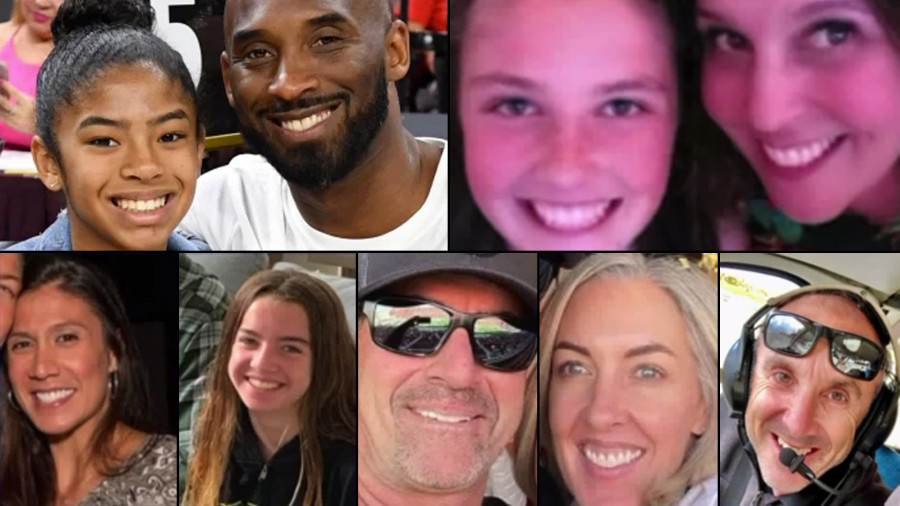 Inbound receiving at heaven’s gates had to put in some overtime on 1/26/20. RIP to all. Prayers up for their survivors.

Matthew 15:18-19 comes to mind: “But what comes out of the mouth proceeds from the heart, and this defiles a person. For out of the heart come evil thoughts, murder, adultery, sexual immorality, theft, false witness, slander.” It is one thing call and advocate for justice for the marginalized in Psalm 82:3, “Defend the weak and the fatherless; uphold the cause of the poor and the oppressed.” It is another to revel in the suffering of others, as Proverbs 24: 17-18 warns, “Do not gloat when your enemy falls; when they stumble, do not let your heart rejoice, or the Lord will see and disapprove….” And of course, Jesus personally sets the record straight in regards to what it means to murder, not merely limiting murder to literally killing someone in Matthew 5: 21-22: “You have heard that it was said to those of old, ‘You shall not murder; and whoever murders will be liable to judgment.’ But I say to you that everyone who is angry with his brother will be liable to judgment; whoever insults his brother will be liable to the council; and whoever says, ‘You fool!’ will be liable to the hell of fire.” Whew, this is the man who forgives all the sins of the world not pulling any punches! Sustained anger and unforgiveness, is sin, and we know that the wages of sin is death (Romans 6:23). 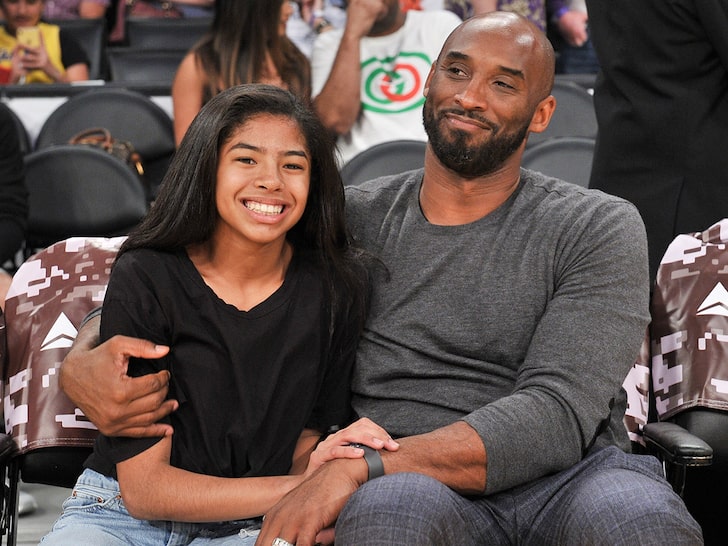 But to entertain the grievances of Kober’s detractors, we know that prosecutors dropped the 2003 rape case because the alleged victim chose not to testify in court. Of course, we know that Kobe settled in the civil suit for an undisclosed amount, but we also know that the maximum award in civil cases in Colorado is $2.8 million dollars. Nevertheless, I have done my due diligence and read the victim’s statements on the case. And yes, they do read as terribly as one would expect a rape to be described. 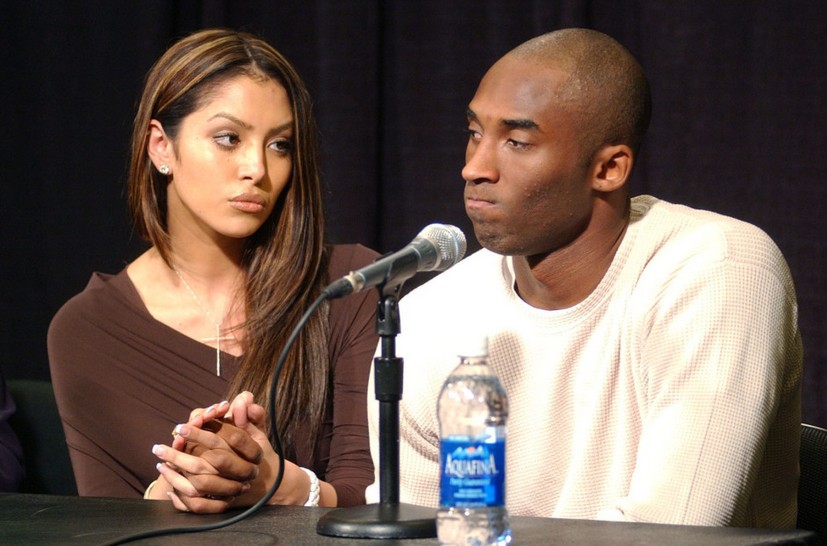 In my 20’s I made jokes about how this is a “you tell ’em, baby” face. In my 30’s, I can detect Vanessa’s exhaustion during the entire ordeal. Imagine the embarrassment of all the business of her marriage being out there. But can we recall a wife more courageous than her?

When I was in celebrate recovery, we had this saying that “Hurt people hurt people.” This was not a phrase recited as an excuse, but rather as a method to indicate how we as believers might enter a feedback loop of suffering in solidarity where instead of turning the other cheek in the face of traumatic experiences, we seek an eye for an eye, creating the kind of collateral damage that might exceed the initial transgression.

But if God calls us to be more than the sinners that we are, but rather, saints who Christ has redeemed, then we are certainly more than that from which we suffer. We are more than survivors, but saints (Colossians 1:1-2; 1 Cor 1-2). We are more than victims, but victorious (1 Cor 15:57). While longsuffering is a fruit of the spirit, it is not to be confused with perpetual suffering.

For his anger is but for a moment, and his favor is for a lifetime. Weeping may tarry for the night, but joy comes with the morning ~ Psalm 30:5.

I have taken notice that those most critical of Kobe are non-believers. 1 Cor 1:18, “For the message of the cross is foolishness to those who are perishing, (but to us who are being saved it is the power of God)” sounds like reactionary Christianese recited to throw non-believers under the bus, but this scripture could not be more apropos here. It has been scientifically proven that holding on to the kind of animus that some have displayed is detrimental to their life expectancy. Additionally, that kind of behavior is toxic for everyone else.

In contrast to the negativity, one can behold the good fruit that Kobe bore, beginning with his letter of apology for his transgression. Imagine: seventeen years ago, Kobe Bryant established a blueprint concerning how men should handle the damage that they have intentionally or inadvertently caused through their interactions with women, yet in the past few years, the #MeToo was necessary to bring the true nature of men like R. Kelly, Bill Cosby, Harvey Weinstein, and Vic Mignogna to light. 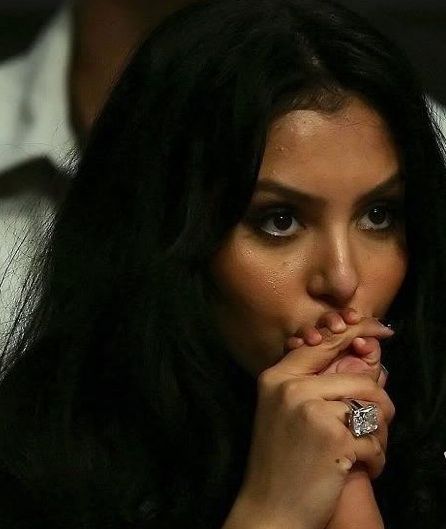 Kobe bought Vanessa a ring so big you can see that ish from outer-space.

As a world-renowned celebrity, it would have been impossible for Kobe to go home and mind his own business. In fact, I remember joking with my college friends about the size and expense of the $4,000,000 8-carat diamond ring Kobe purchased his wife, Vanessa, just to get out of the dog house. Some paying too much attention might even recall that Vanessa filed for divorce in 2011, but they reconciled in 2013. This resonates with me because I, too, was separated from my wife in 2013: “But if you do marry, you have not sinned, and if a betrothed woman marries, she has not sinned. Yet those who marry will have worldly troubles, and I would spare you that” ~ 1 Cor 7:28. 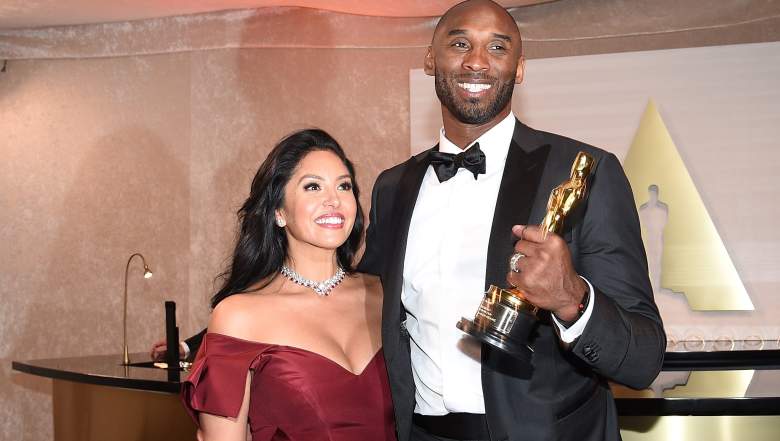 Is there another person who managed to be the greatest ever at two completely unrelated fields? Yes, that is HIS Oscar. 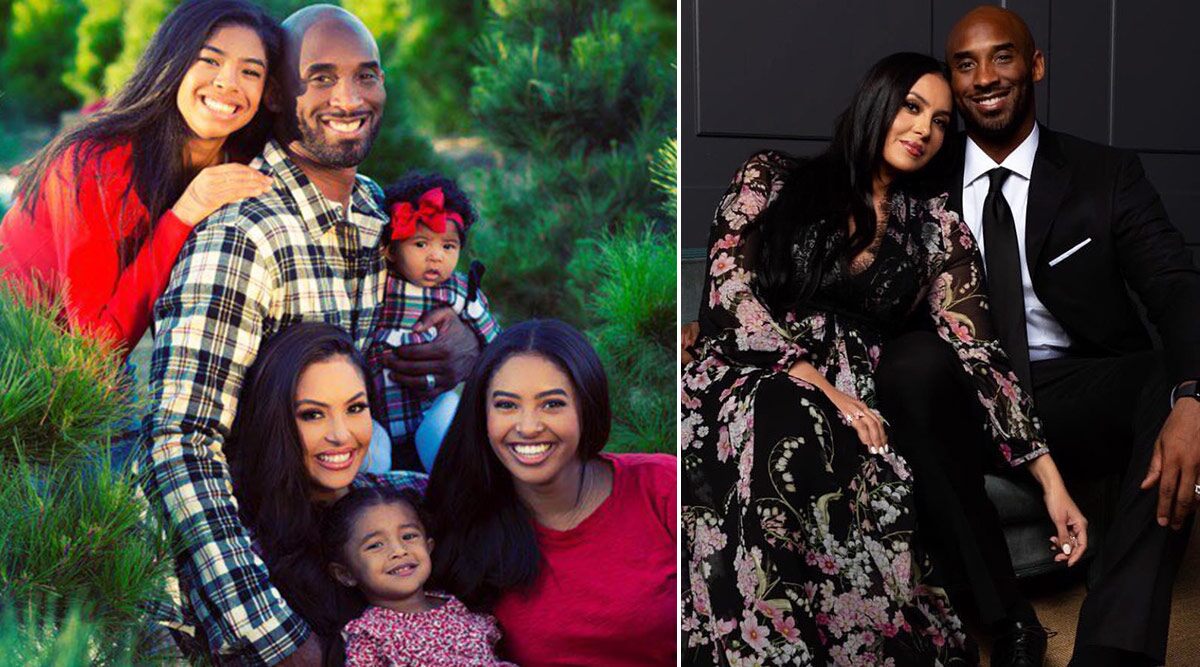 That new baby was so new, the Bryant family hardly had time to take family portraits before they lost two.

I am at peace with the fact that those individuals will remain a minority, lest they create more victims than necessary. I am grateful that in Gianna’s last moments, we can imagine Kobe consoling her like we remember him in the meme where he explains basketball to her on courtside. I am glad that Kobe was able to do one thing that Jordan could not—save his marriage. Though I couldn’t stand Kobe as a player, he earned my respect in his short-lived two years of post-career time. He could have easily secured a broadcasting gig like so many other Hall of Fame athletes do. Instead, he went home to be a family man, a dedicated husband and father. And now, we lift his wife Vanessa and his three daughters up in prayer as he went home to his forever family.

Stern in heaven when he see Kobe coming thru the gates https://t.co/tloWzCaH2k pic.twitter.com/Ft5LzF82kb