Many of us constantly hear about how America is worse than it was before. This mostly comes from older folks while the media and younger generations say this is the greatest time to be alive! Everyone is connected now, and we are more accepting of all religions and beliefs. So who is right? Is America worse than it was before or is it indeed better?

A few weeks ago, I was over at my parent’s house, helping my mom in the kitchen. We were discussing this question: Is America in a moral decline?

“I remember watching I Love Lucy,” my mom said. “Ricky and Lucy would sleep in separate beds. And they were married! Now, you can see all sorts of horrible… things on TV!”

I don’t think my mom is in the minority opinion, but we see the question in different ways. I don’t think America was better in the past. I think the question “Is America in a moral decline?” can be rewritten as “Were things better back in the good old days?”. When viewed from that light, the question gets muddier.

Before we go any further, let’s define morality. M-W.com has a great definition. Morality is beliefs about what is right behavior and what is wrong behavior. It’s the degree to which something is right and good, the moral goodness or badness of something. Based off that, morality’s all about the rightness or wrongness of behavior.

But, we know behavior isn’t something that just happens. How a person acts comes from their core being. Their essence. Their soul. When I read the Bible, I think this can be also called their “heart.” Proverbs 4:23 is so important to this. “Keep your heart with all vigilance, for from it flow the spring of life” (ESV).

Unfortunately, the heart isn’t pure. Sin has tainted all of ours hearts. Sin is the desire to put ourselves above both God and others. And as a result, we have hearts that are “deceitful” and “desperately sick” (Jer. 17:9).

So, both now and in the past, peoples’ hearts are manifesting the sinful behavior that comes from the sin nature. Christ’s redeeming work breaks the chains sin has on us, though, and we are able to become more and more like Christ. The Holy Spirit’s indwelling accomplishes this.

People are evil now, and they were evil fifty to one hundred years ago. Sin’s been a problem since the beginning. The main difference now, though, is that sin manifests itself in different ways now than it did in the past.

One way is social media. Don’t get me wrong, I’m a big fan of Facebook and podcasts and blogs, but it sets us up to have an instant gratification loop. We post something, and someone likes it or posts an affirming comment. Now we’re going to post more often so we can get that affirmation. It may turn to over-sharing. We’re a more open society when it comes to talking about our personal lives. We talk about sexual preferences more (OKCupid was a shock). There are also more ways to meet people who want to engage in similar behavior, such as Craigslist and Tinder.

Morality isn’t all about sexual relationships, though. It’s also about how people treat others. The presence of sin is all through the annals of American history. One of the largest was a doctrine called Manifest Destiny. People thought the U.S.A. should include the entire American hemisphere. That’s why we expanded from coast to coast. That’s why we fought the unjust Mexican War. It’s why American citizens would invade Latin American countries. They would set themselves up as dictators, hoping the U.S. would annex them.

Our racial policies have been horrible across the board as well. Jim Crow, of course, is the concept that comes to mind most. But what about the enforced march of The Trail of Tears? Or the fear-mongering internment of Japanese-American citizens? Were these proper, upright and just actions?

It’s hard, but it’s obvious that the morality of yesterday was just as shoddy as today’s. When we tell ourselves it was better, we’re letting our retrophilia get the better of us.

Additionally, I think the over-glorification of the past can be harmful to the Christian message. I believe God put me and you on this Earth for this particular time–to make a difference when and where we live right now. If we’re always looking to the past as a golden age, we’re losing sight of the work before us.

This attitude also makes it easier for us to hold people to a standard both erroneous and impossible to meet. We’re not here to judge people, we’re here to guide them to Christ. Let’s not add to the grace Christ has already given us.

In closing, I want to remind you not all in history is bad. The Mystery of our faith states: “Christ has died, Christ is risen, Christ will come again.” His death and resurrection are both in the past. We should draw strength from those. But lets also remember He will come again, and always look forward to that day. The world’s a dark place, and always will be until his Kingdom is completely accomplished. We have that hope that in the end, all will be well. 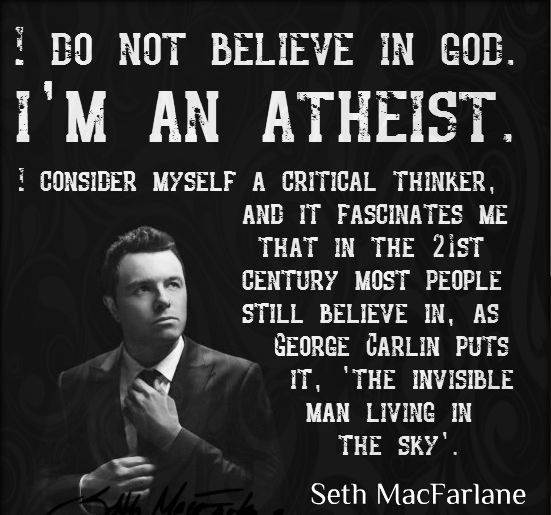 2 Timothy 3:1 “This know also, that in the last days perilous times shall come.”

I think that you would be hard pressed to find too many Christians today who think the world has become more virtuous and moral recently. We can hardly turn on the news without seeing scandal and corruption stealing headlines. It is becoming increasingly difficult to find entertainment that isn’t full of sexual material, promiscuity, and innuendos. Biblical values that have been commonly accepted for years are being eroded away. With every passing year the cultural climate of the modern world becomes ever more anti-Christian.

Proverbs 21:2 “Every way of a man is right in his own eyes: but the LORD pondereth the hearts.”

Many Christians who look at the state of the world and see the moral decay have a tendency to do a specific action I believe is counterproductive to our cause: they demonize the people who disagree with their morals. They may say things like, “Those no-good, hippy-dippy, baby-killing, left-wing, rainbow-loving, communist-supporters of Obama want to steal my guns, show my kids how to have sex, and make me drive a Prius! … and I ain’t gonna stand for it!”

That may be more than a bit exaggerated, but I’m trying to prove a point. Language like that is unproductive and causes chasms to form between people that may ultimately have similar motives and goals. I know quite a few people who are non-Christian, atheist, and very liberal in their world view, and they’re really not all that bad.

Yes, they hold different values than I do, but they are hardly inherently evil. Most people who do not hold Christian values still try to hold some kind of morals. They may be wrong in those views (and many times are), but very few people roll out of bed in the morning and say, “Let’s destroy the WORLD!” *insert maniacal laugh*

Proverbs 12:15 “The way of a fool is right in his own eyes: but he that hearkeneth unto counsel is wise.”

Now, assuming we can see that people who hold different views about life than our own are hardly out to get us we can use that knowledge to affect how we deal with them both individually and culturally. Your kid’s school doesn’t want to undermine your parental authority by teaching them about sex early. They think that early education will help solve teenage pregnancy.

Those who support same-sex marriage think it is a basic human right that is being infringed upon. Usually they are not intentionally “attacking” traditional marriage. Pro-Choice advocates don’t see themselves as “baby killers”. They think that they are offering a helping hand and a way of escape for helpless young women. I’m using traditional Liberal vs. Conservative issues, because they seem to be where this country divides on moral issues. This same logic can be applied to almost any moral issue where two people or groups of people do not agree.

When you come across these people you may disagree with be sure to recognize they believe they are doing good somehow. When you speak with them show respect as you discuss how and why they may be incorrect. Again, strong words and hot temperaments will only drive people apart.

27 They did eat, they drank, they married wives, they were given in marriage, until the day that Noe entered into the ark, and the flood came, and destroyed them all.

28 Likewise also as it was in the days of Lot; they did eat, they drank, they bought, they sold, they planted, they builded;

29 But the same day that Lot went out of Sodom it rained fire and brimstone from heaven, and destroyed them all.

30 Even thus shall it be in the day when the Son of man is revealed.”

It’s sad to say, but we are not likely to have a resurgence of moral behavior in our culture now or anytime in the foreseeable future. I’m not saying that to be all “gloom and doom”, but it is a Biblical fact that in the last days before the Lord comes back society and humanity will become worse.

The days of Noah (a.k.a. “Noe”) before the great flood and the days of Lot in the city of Sodom were both characterized by the great wickedness of humanity. Those peoples disregarded morality and went about living their lives without thought of what was righteous until their day of judgment. It will be difficult to endure an immoral culture and not be tainted by it, but that is what is required of the church in the last days before Christ’s return.

2 For men shall be lovers of their own selves, covetous, boasters, proud, blasphemers, disobedient to parents, unthankful, unholy,

3 Without natural affection, trucebreakers, false accusers, incontinent, fierce, despisers of those that are good,

“Let us with caution indulge the supposition that morality can be maintained without religion. Reason and experience both forbid us to expect that national morality can prevail in exclusion of religious principle.” – George Washington