What To Equip When You’re Undergoing Spiritual Warfare

August 30, 2020 / Melissa Ruiz
I’ve spent nearly two decades of my life fighting terrible thoughts and feelings. High school was a particularly dark time for me.
I remember writing notes to myself about how convinced I was that I was an abomination, that I did not deserve to be on Earth. How I wanted to just go out there and find the tallest building within 50 miles, throw myself from it, and just end it all.
All the while I could almost hear/feel this presence over me, egging me on. Daring me to do it.
Obviously, I never did, thank God. But the voice/presence/what-have-you that had been willing me to has still been on and off tormenting me ever since, popping up and attacking me when I’m just trying to get from one dark period (or cave) to another in life.

One source defines spiritual warfare as something that, “…exists in the unseen, supernatural dimension, where God is all-powerful and Satan is in revolt.”

“As Christians, we’re going through more than a mere ‘struggle’ on earth,” the source continues, “and it seems that war imagery captures this reality better than anything else.”
When I’ve gone through periods of attack, I’ve found myself more easily snapping at people, wanting to withdraw, etc. I would feel like a bad company, even to myself.
My therapist often reminds me that the enemy wants us to isolate because if he can get us alone, he can better take us down.
And I hate to say that it’s worked, to some degree. And I wouldn’t be surprised if it’s what has been trapping some feelings of anger, bitterness, jealousy, discontent, regret, etc in my heart lately.

Frankly, I’ve gotten tired of it. 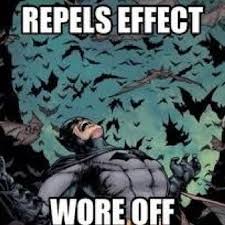 Like my old Zubat encounters, I would manage to keep “running” from these spiritual attacks, but they would always pop up every few steps in my life…

Pro-tip: if you suspect you are undergoing spiritual warfare, never try to take on the enemy first-hand. I have made this mistake a couple of times. Late at night when I had been plagued with self-loathing and suicide ideation, I would once again feel an all-too-familiar presence looming over me.
It would whisper bitter nothings into my ear. Things like, “You don’t belong here,” “You should have killed yourself a long time ago,” “God forgives everyone…except for you. You’re being punished. Just end it all now.”
After hours of tossing and turning, trying to ignore it, and finally fall asleep, I would find myself addressing the enemy from my thoughts: “Show yourself. How do I even know you’re real? Show yourself in my dream when I fall asleep and face me yourself, you coward.”
This is exactly what the enemy wants. We can’t possibly take on evil on our own, and they know it, and they know that we know they know it. But if they can get us to try then they have begun to create a distance between us and God by convincing us to attempt taking matters into our own hands.
But we do not and cannot fight evil with the weapons of the world (2 Corinthians 10:4).

There is only One who has what it takes to defeat it.

I used to think that only those who weren’t saved could be vulnerable to spiritual warfare and that because I had succumbed to it a few times, that meant I had lost my connection with God. I confided this in my therapist, and she told me that the devil doesn’t need to go after sinners, but he wants to take down those in good standing with God.
So I suppose, in a way, the act of being spiritually attacked could mean that you are on the right track. Although it doesn’t make the experience any less frightening and upsetting.

Thankfully, there are a few things we can do to get out of the enemy’s grasp and remember that we are always in God’s hands. 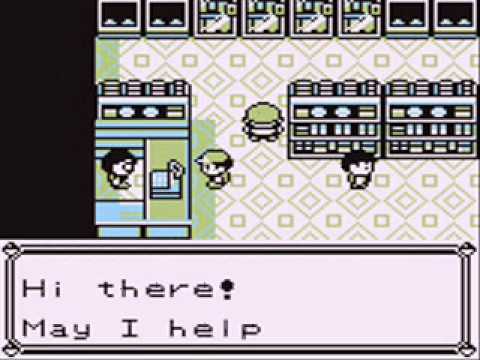 Thankfully the items we need for spiritual warfare have already been paid for, and are immediately accessible.

We can find our escape rope in James 4:7-8, which says, “Submit yourselves therefore to God. Resist the devil, and he will flee from you. Draw near to God, and he will draw near to you.”
Someone close in my family gave a personal testimony, in which she was undergoing a spiritual attack, and she called out to God to rescue her, and she immediately felt her entire home be swept clean from this heavy, evil energy that was plaguing everyone in the household for weeks. The family was trapped in a spiritual cave, but God pulled them out of it.
We can also put on some spiritual Max Repel with Ephesians 6:11, which tells us to, “Put on the full armor of God so that you can take your stand against the devil’s schemes.”
My therapist instructed me to read this verse daily, and literally imagine myself putting on armor while praying for strength to get through every day, and for protection against forces that wish to see harm come to me. This way I am always covered, and I can get through my personal “caves” unscathed.
I was once afraid that there was something especially wrong with me for experiencing spiritual warfare like I myself was evil somehow.

Because of this, I was afraid to open up about what I was going through. This caused me to isolate myself from the believers in my life.

But once I opened up, I learned that this sort of thing does happen to other believers. Just like it says in 1 Peter 5:9, “…because you know that the family of believers throughout the world is undergoing the same kind of sufferings.”
Working with my therapist has helped me to recognize what a big part of these thoughts and feelings are–definitely not from God. There still might be a bit of a road ahead, but at least I’m not completely in the dark anymore.
Because with God on our side, we always have HM05.