A Brief History of Overwatch

In May of this year, Blizzard’s first-person shooter Overwatch turned 2 years old. The game has been met with much success since its release, with the number of accounts somewhere over 30 million, and that’s since October 2017. The fun, character-based shooter and Pixar-like artstyle made it appealing to a lot of gamers, as did the goodwill built up from Blizzard to its player base.

At its core, the game Overwatch is not unusual. As a character based, first-person shooter, the game usually pits teams of six against each other to accomplish some sort of objective. These usually range from capturing or defending a point to moving a payload from one point to another (or stopping the opposite team from doing the same). At the game’s launch, there were twenty-one different heroes to choose from. Now, there are twenty-seven different heroes to choose from, each with their own unique abilities and personality. But none of this makes sense without context, so let’s look at the history and world of Overwatch.

The game Overwatch takes place in the not too distant future, where robots have become so sophisticated, that they are considered sentient by many. Technological advancements has brought the world closer to utopia. Cities in Europe and Asia and the Middle East are bastions of science and culture. And much of this is built on the back of the robots, which the game calls omnics. 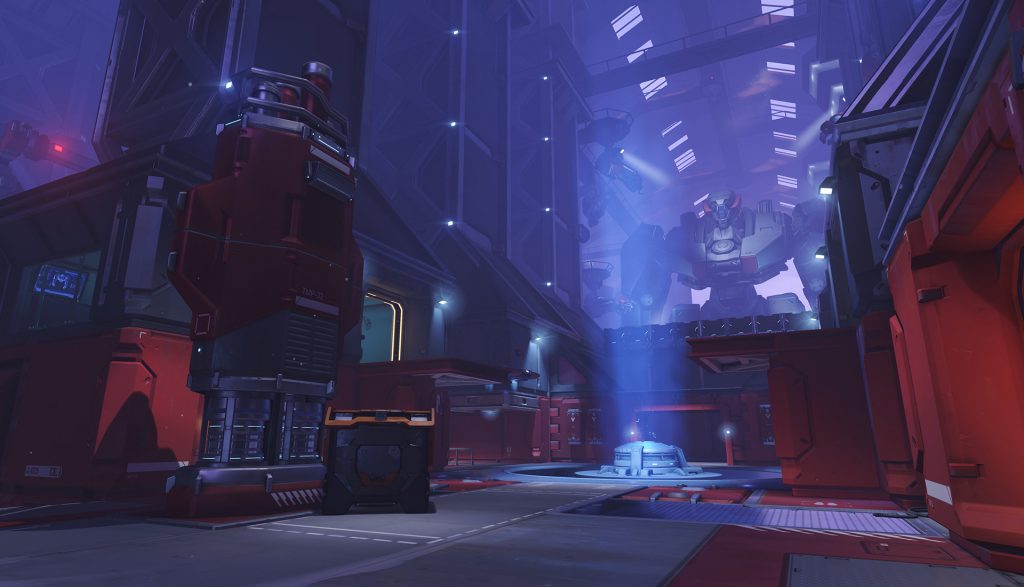 The future will consist of robot slaves and floating platforms.

This all changed with what is called the first Omnic War. Omnics, dissatisfied with their treatment at the hands of the humans that created them, started rebelling all over the world, causing untold damage and destruction. The omnic’s activity hit every continent save Antarctica, prompting a global response team. One of these units, Bastion, would later reactivate after falling in an Omnic invasion of Germany.

The first team formed to fight the omnics was dubbed Overwatch, and was made up of a group of exemplary individuals from all over the world. Many of the games playable heroes joined at this time, including Jack Morrison the super soldier, Torbjörn the mechanic, Reinhardt the team paladin, Ana the officer and sniper from Egypt, and Mercy the team doctor. Together they fought Omnics all over the world.

Though many nations approved of the creation of Overwatch, it’s worth noting that Russia chose to stay out of it and fight the omnics themselves. They were successful with the help of the Russian soldier Zarya, another playable character. And while overall, Overwatch had won the war, the continent of Australia had been all but destroyed, leaving it a wasteland. This opened up opportunities for mercenaries like Junkrat and Roadhog. 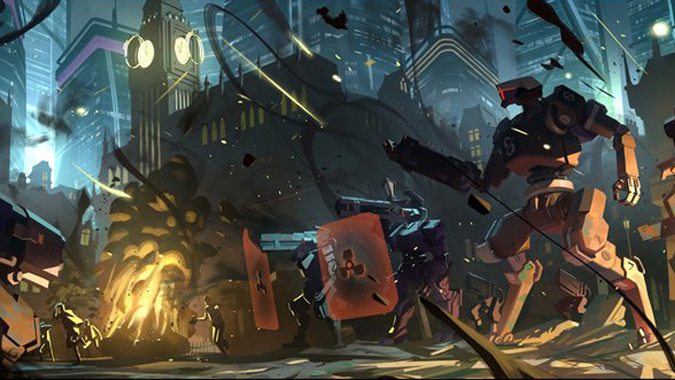 After the Omnic Crisis ended, Overwatch was appointed as the world’s premiere peacekeeping force, and for years they kept the world stable and quiet. Their influence grew and expanded, and more and more members joined, including Cadet Lena Oxton, a.k.a Tracer. Overwatch set up bases in different parts of the world, including Antarctica. One of the members of this Echopoint base was Mei, the Chinese climate scientist. And Overwatch’s influence even reached into space, where they established a colony of humans and highly intelligent gorillas.

But cracks began to form in the organization. Blackwatch was Overwatch’s spec-ops team that was designed to carry out the ethically dubious missions Overwatch couldn’t. Members included Genji, the cyborg ninja almost killed by his brother Hanzo for deserting his criminal family, McCree, the cowboy whose morals aren’t very clear, and Moira, a scientist so dedicated to her craft she’s willing to ignore all morals or ethics. The head of Blackwatch was an agent named Gabriel Reyes, a shotgun-wielding agent who often bickered with Commander Jack Morrison.

This all came to a head when, after years of back and forth and the reveal of Blackwatch to the public, Overwatch headquarters would be destroyed in an explosion, apparently killing both jack Morrison and Gabriel Reyes. Overwatch was shut down after that, leaving the world undefended once again. And for the next ten years, nobody would hear from Overwatch again. 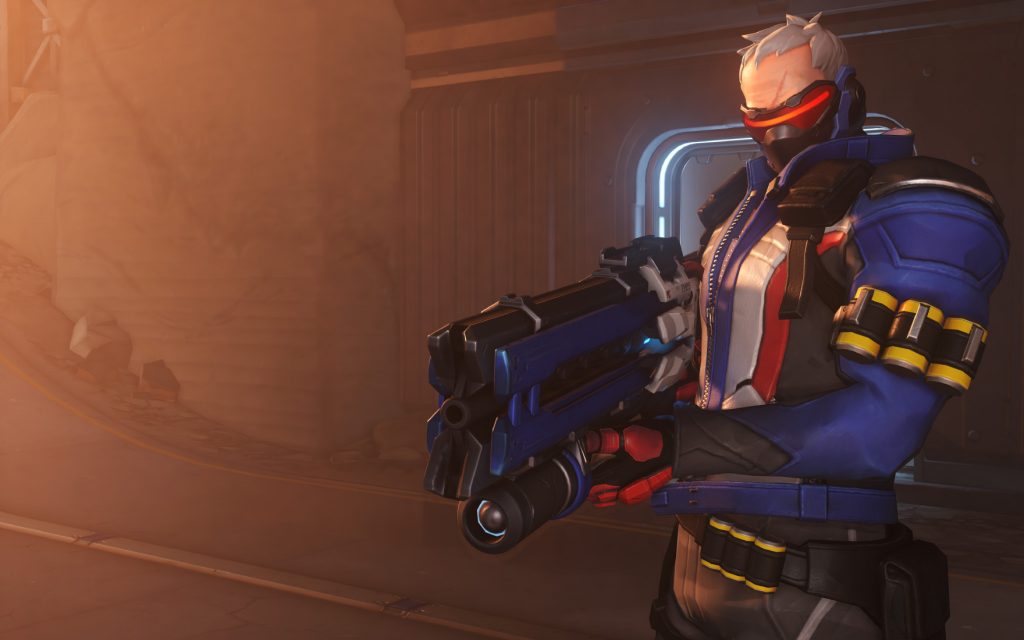 There were still conflicts in the world, however, and still heroes stepping up to meet them. Though the omnic crisis had been averted, the relationship between man and omnics would still be unstable. Korea developed their own way of defense via a means of piloted mechs, and the young gamer known as D.Va would achieve acclaim for being the best mech pilot in the country. Over in Brazil, a company called the Vishkar corporation had turned the country into a slum. One of their members, Symmetra, had engaged in espionage in the country to keep it under control. But someone would rise up against the corporation and form a resistance group. This vigilante hero, Lucio, used music to fight. Genji, after encountering an Omnic monk in Nepal named Zenyatta, found peace and tried to help his brother Hanzo, who had left the clan with a bow on his back. And in Africa, a little girl named Efi built a robot named Orisa to protect her homeland. Jack Morrison had survived the explosion, and became a wandering vigilante going by the code name Soldier 76.

Meanwhile, a terrorist group named Talon had begun to grow in influence and power. Their numbers were comprised of some old members from Overwatch, namely Moira and Gabriel Reyes, now going by the moniker Reaper. One of their best agents was known as Widowmaker. She had been a ballerina and married to an Overwatch agent before being kidnapped by Talon and brainwashed. Newer Talon agents included Sombra, a talented hacker and their leader Akande Ogundimu, who would later steal a powerful gauntlet and take on the mantle of Doomfist.

30 years after the Omnic Crisis, Talon’s actions were coming very close to starting a second omnic crisis. Winston, a young gorilla that had been raised on the moon base and taken his teacher’s name, was one of the last active members of the defunct organization. After being attacked by Talon and Reaper, he sent out a distress call, saying it was time for Overwatch to come back. Many of the old team responded. Reinhardt returned bringing his squire, Bridgitte, a mechanic, warrior, and daughter of Torbjörn and a mechanic and warrior. 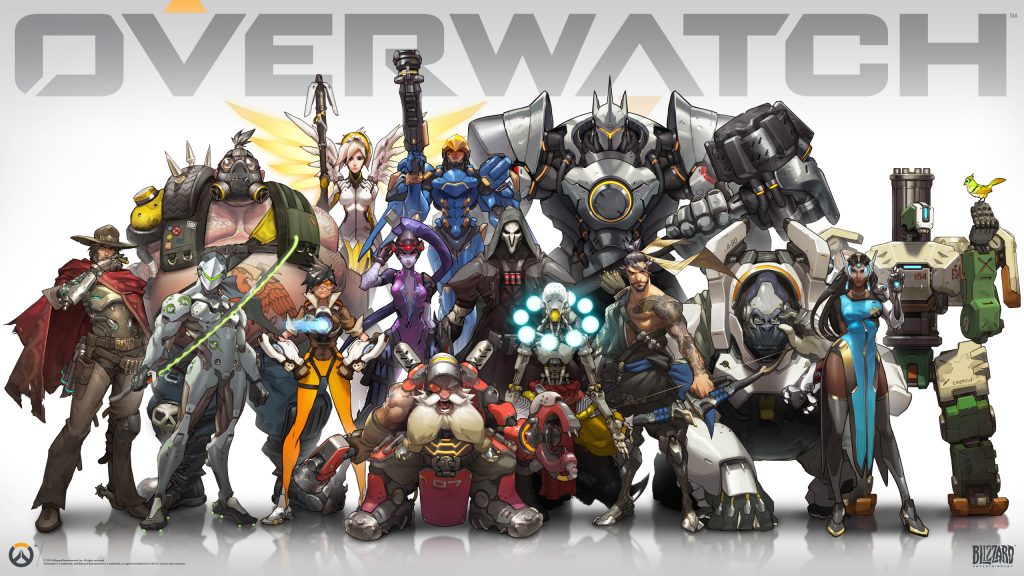 There’s a lot more lore hidden in the game, comics, and shorts that Blizzard puts out, but this brief primer on Overwatch is enough to get you up to speed. Blizzard has put a lot of thought and effort into the story, and the strange thing is that you don’t need to understand the story at all to enjoy the game. It shows how much care and attention is being paid to Overwatch that Blizzard has put this much time and effort into what is essentially not necessary information. It’s part of what makes this game so great.