A Fistful for the Lockdown

With all the stress and pressure of the pandemic right now, it’s good to have a hobby to relax…like video games!. However, it may be difficult to buy new games at full if you’re on a tight budget due to mandated lockdowns negatively impacting employment opportunities.  Players who already own subscriptions to PS Plus, Xbox Game Pass, or Humble Bundle have some tidings offered through their respective services’ monthly distributions. But I wanted to go a step beyond and provide a curated list for people looking for something new that doesn’t charge for an arm and a leg. Here’s a list of indie games that cost five bucks or less. These, unfortunately, are only games on PC currently, but I can guarantee that you’ll have a good time.

Content Overview: The violence is mostly cartoon-like, with a bit of red splatter to simulate blood from characters being crushed by or crashing through buildings, eaten by giant piranhas, or skyrocketing to the stratosphere. 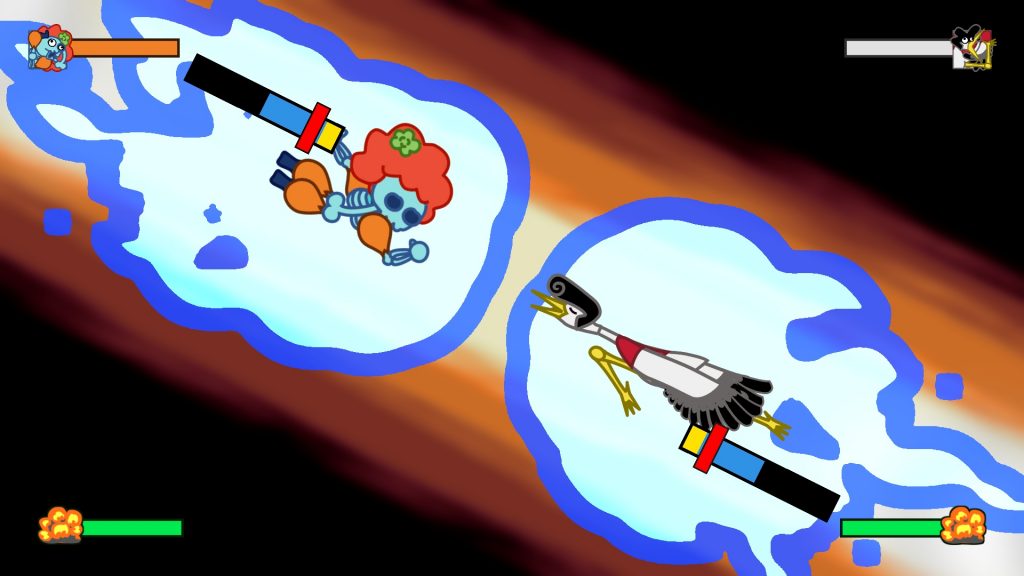 Fly Punch Boom: First Impact! is a demo for an upcoming party fighting game that embodies the spirit of anime fights. It is a frenetic rock-paper-scissors clash that will test your reflexes. The art is simplistic, but charming. The game’s usage of quick-time events is frustrating but fun. The only serious issue I have is a lack of game modes to choose from as there’s only 1v1 (online & local) or 2v2 (local only) multiplayer. The full release date is currently undetermined but the developers at Jollypunch Games have said it will be available “soon”. 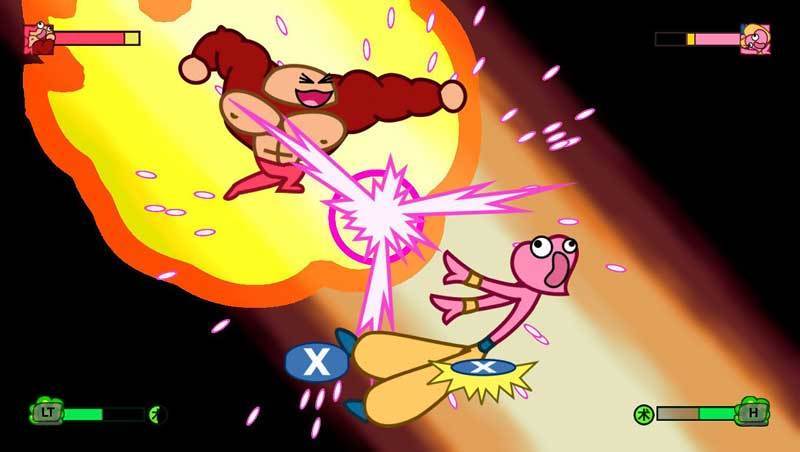 Don’t Give Up: A Cynical Tale

Content Overview: Aside from some moderate use of cuss words, Don’t Give Up: A Cynical Tale’s story and characters dive into dark themes. Characters have some significant personal flaws ranging from self-depression, flights of rage, and neglect of self and others. The story is an earnest conversation of rising up from cynicism and being honest about one’s own individuality. 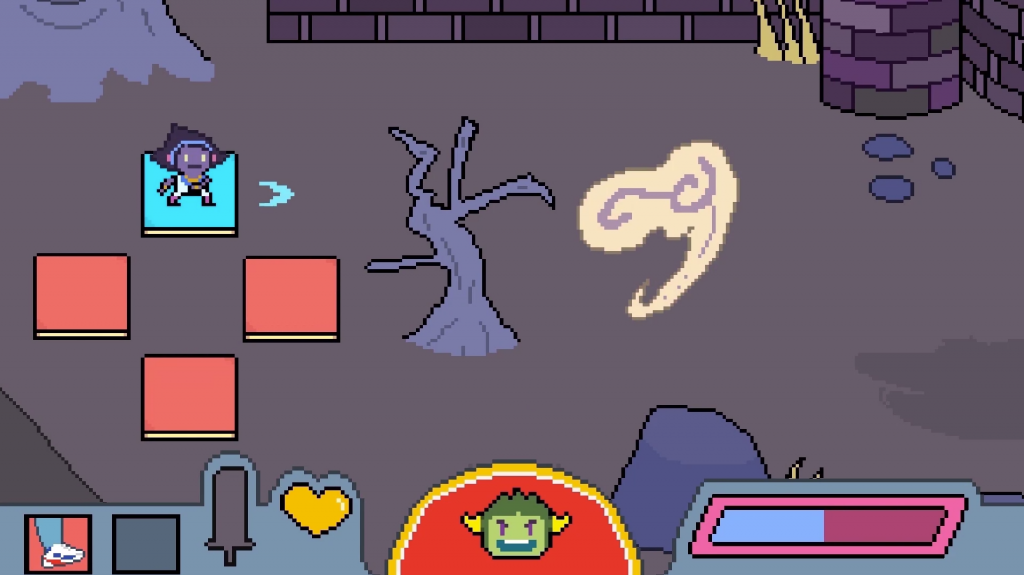 Don’t Give Up: A Cynical Tale is a semi-autobiographical game about a struggling game developer dealing with his social ineptness and a similar-looking warrior prodigy who has saved his world and continues to protect it. Playing this game was a genuine surprise for me. The gameplay and story are rough but authentic and the characters have endearing dialogue and motivations. The developer himself chose to lower the price of the game to a dollar due to the lockdown. The game may not mesh with everybody depending on the interpretation of the main character and some odd padding in the late game. Nevertheless, I highly recommend checking this one out.

Don’t Give Up: A Cynical Tale is available on Steam. 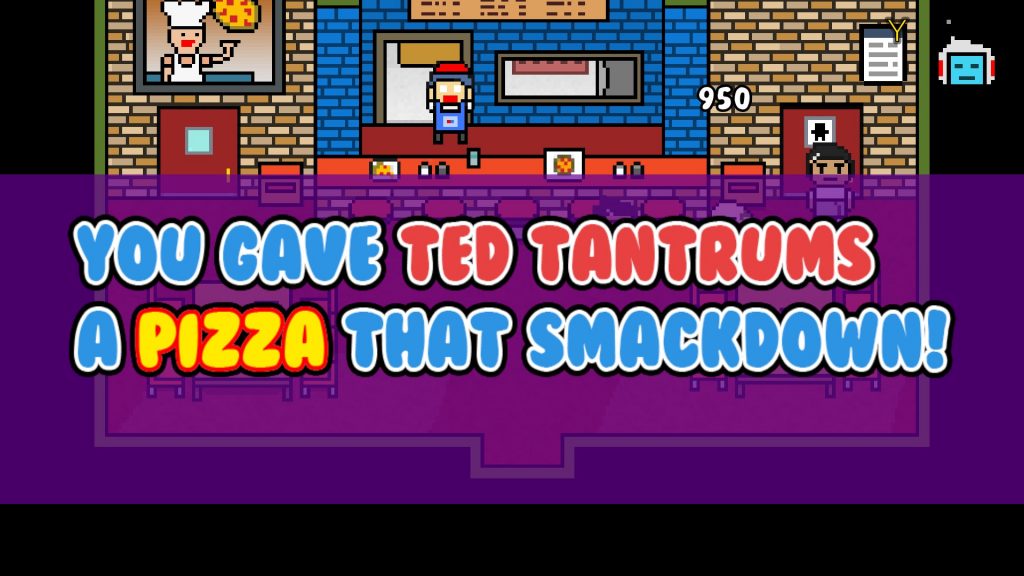 “You found many jokes of a similar caliber.”

Content Overview: There are lots of explosions, flashes, and gunfire across these games but none are graphically violent.

Vector Hat, the sole developer, aimed to turn the simplest computer games into the most radical. Radical Chess, R-Coil, Byte Driver, and yes, Radical Solitaire, are all fun novelties for a quick pop when things in your routine feel slow. Caution: the visual effects in all of these games are pretty strong. Even my blue light filtering glasses could not prevent the eventual eye tearing from the few minutes I spent with each game. 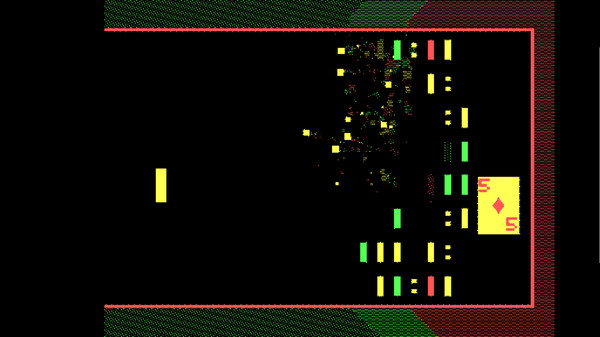 Radical Solitaire has no rules. Just get your stacks and be rad. 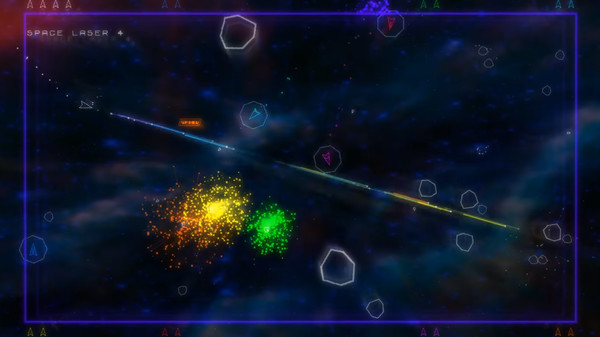 R-Coil takes Asteroids and Space Invader and mixes them together into a rad cocktail of a retro shooter.

However, each game presents tough challenges by mixing classic video game genres with more subdued games. My favorite of the bunch was Radical Chess, introducing RPG mechanics, a leveling system, an arena mode, and even Radical Checkers! I’d recommend popping one of these in if you’re working from home and need a pick-me-up without resorting to coffee.

All of Vector Hat’s games covered here are currently free on itch.io. 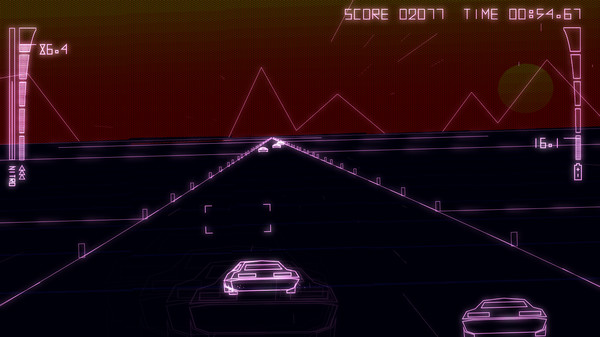 Take Spy Hunter and Outrun, add an 80s synth track, and you got a rad infinite rider. 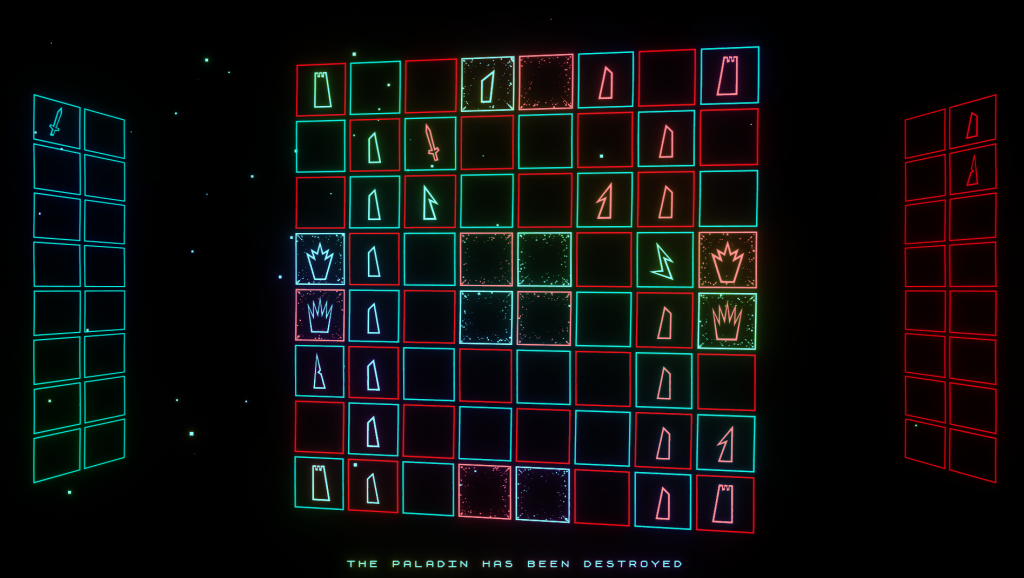 Content Overview: Your character will use an assortment of weapons and magic to fight fantastical beasts as enemies. Both the enemies and the player character depict receiving damage by a red flash and no graphical violence is depicted.

This one is a bit of a cheat since it’s a vertical slice of the full game. Dreamscaper: Prologue is a sneak peek into the full game and how it will play. Half roguelite, half relationship-builder, you will spend your days around the town and getting to know its inhabitants. At nights, you will dive into your dreams and fight your way through dangerous creatures and over-the-top monstrosities. 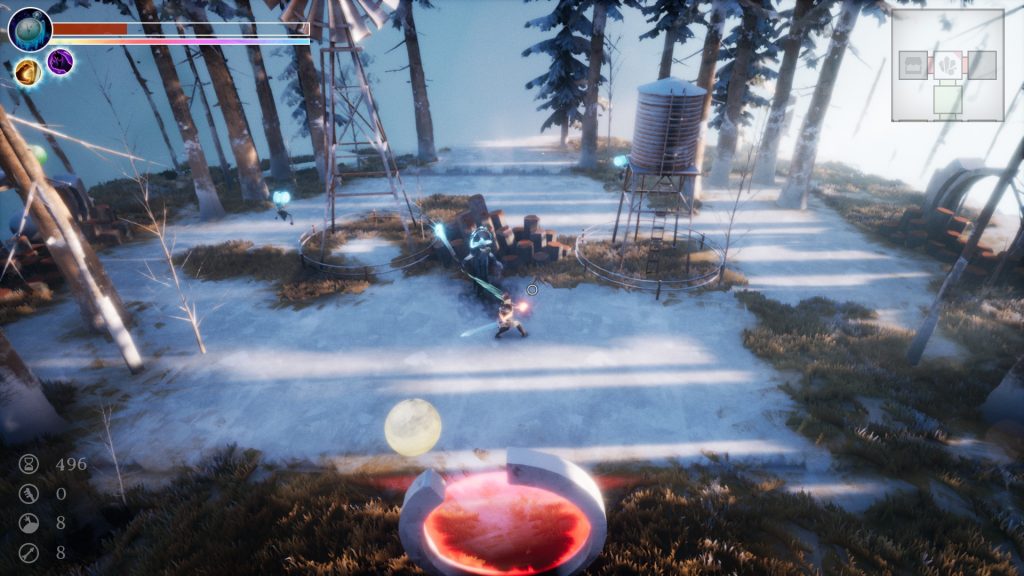 The prologue is free for roughly 4-5 hours of content. There is also a $5 supporter package where you get access to a second dungeon, doubling the amount of content, according to the development team. I recommend Dreamscaper for those who want to enjoy a more relaxed roguelite.

Dreamscaper: Prologue is available on Steam. 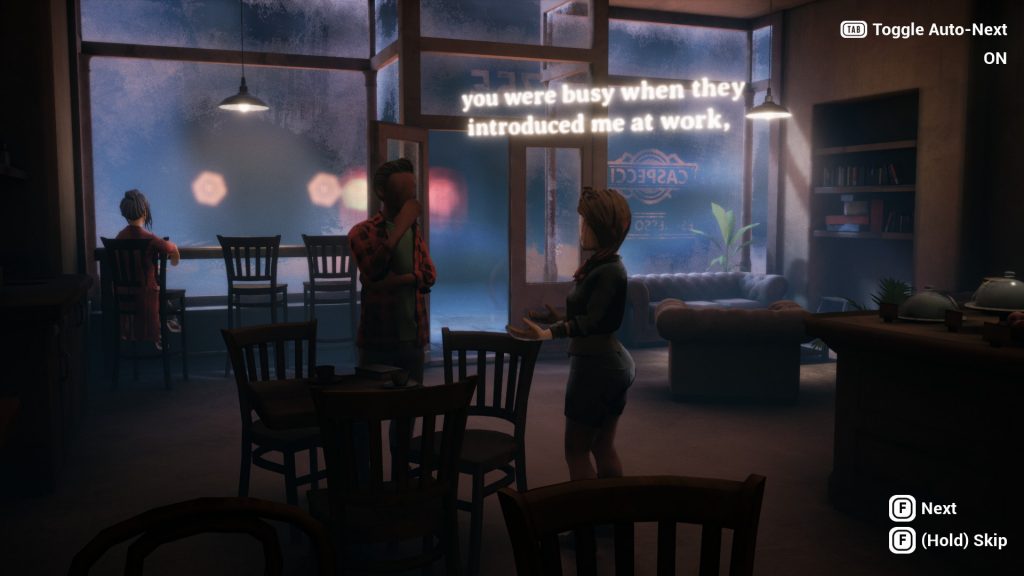 Content Guide: This game has animated violence with blood splatter and harsh explosions. Your character and the enemies all attack with guns. 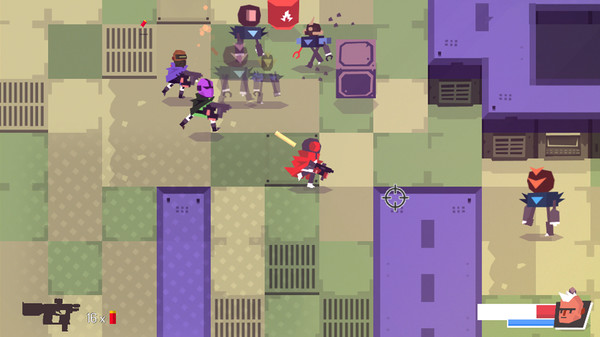 Skipchaser is another roguelite that plays into the twin-stick shooter sub-genre. Your character crash lands on a planet and attempts to recover your original mission as you complete tasks for the inhabitants. The gameplay hearkens back to Rogue Legacy. You collect gun parts in dungeons and can craft three guns based on the parts you collect: pistol, submachine gun, rifle. However, you must run with your setup for the whole dungeon. It’s lenient, though, since you can switch out parts between dungeons. There’s also a nice payment system when you die, where for a certain amount of coins, you can respawn back at your hub, at the beginning of the dungeon, or where you died. Skipchaser is for the tinkerers who want to explore every customization.

Skipchaser is available on Steam and itch.io. 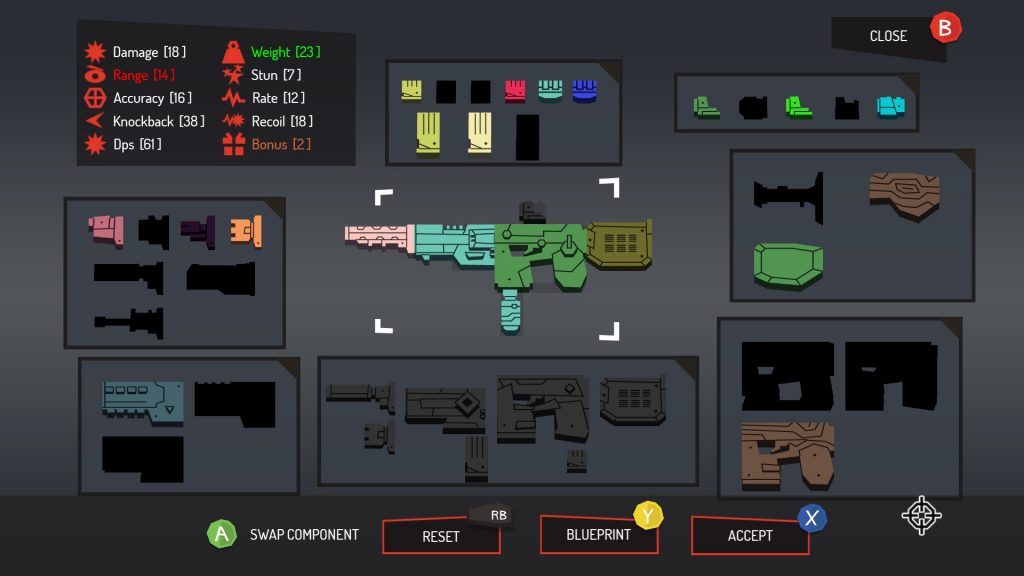 It’s not a bazillion, but I can work with this.

Okay, I realize this is also cheating. But you know what? The selection is just…so good. 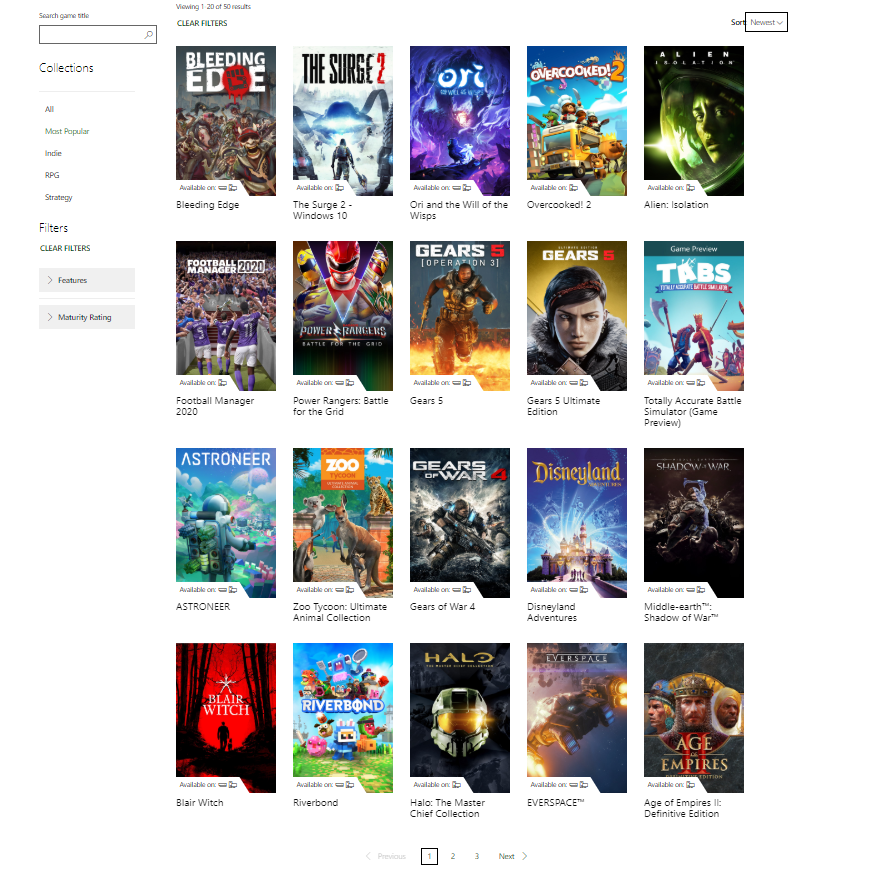 I mean, look at what’s been available for April!

For $5 a month, you’re getting a stacked list of quality games to play for free. This is possibly one of the best services I have ever subscribed to. Though some games get switched out from month to month, you get access to some of the biggest hitters of the last few years including Final Fantasy XV, A Plague Tale: Innocence, Bleeding Edge, Streets of Rage 4, and many more. Not to mention, right now for Xbox One owners, there’s a $1 trial of Xbox Game Pass Ultimate for one month, giving you access to all of these titles and more! Oh and hey, look! Momodora, My Friend Pedro, Power Rangers: BFTG, and World of Horror are all on this list as well. Oh, and I’ve covered all of these games; how about that for coincidence?

I know it doesn’t really mean anything but I just wanna flex that this many games I reviewed showed up.

These are only a small selection of the games that I’ve caught scouring beneath the surface. It’s amazing to see indie developers still pushing for release. I think it’s important to remember that we have many more resources at hand to find diamonds in the rough than ever possible! Of course, please remember to get up and take a walk during the day. I pray that all of you stay safe and give your mind a rest from all the tension related to COVID-19.

A few of the titles covered here can be found on this itch.io page specified for the quarantine. Check it out for more.