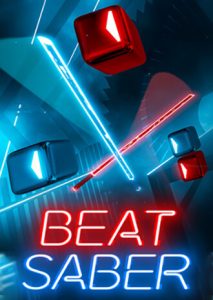 Beat Saber is a rhythm game that does one thing and one thing only: players must use virtual light sabers to slice blocks that approach them. It’s a simple but engaging game that has won many awards—even during its early access days—including “Best VR/AR” game two years in a row at The Game Awards. It’s a title that I always bring out for game nights to introduce family and friends to virtual reality gaming and one that I will be playing for months to come. 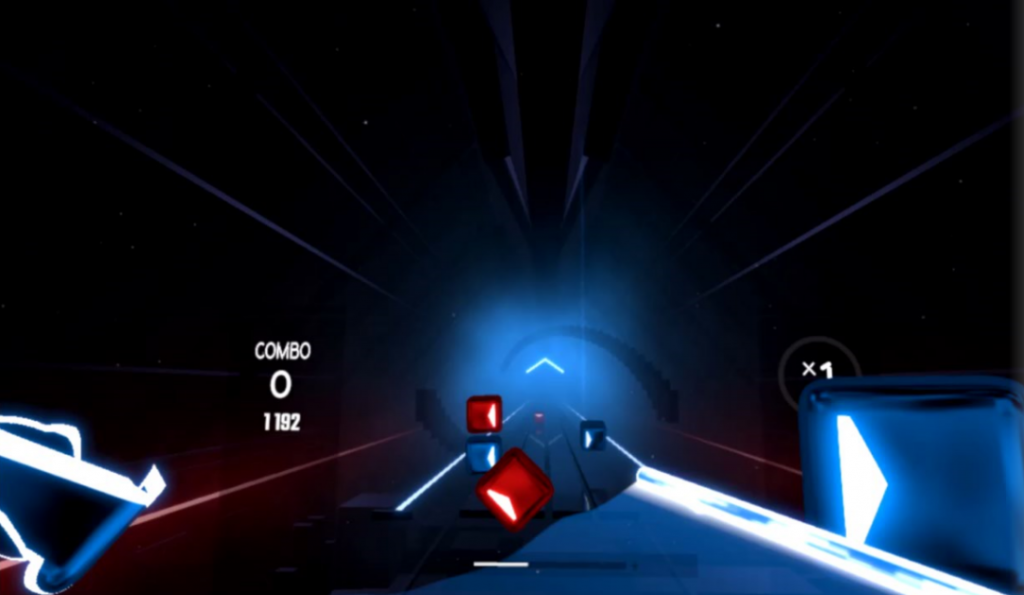 Language: Beat Saber is a mostly family-friendly game. There is no violence in the game as you only cut floating boxes with color-coded sabers. The songs are mostly techno songs with no real meaningful lyrics to it. That being said, new songs are added as downloadable content (DLC) every three to six months and may contain mild language (like “idiot”) with harder language being bleeped out.

The tutorial—which is not automatically triggered when you start the game for the first time—can be found in the main menu and only lasts for about one or two minutes (yup, its that short). Don’t let the tutorial fool you; it’s not a easy game to master.

Beat Saber‘s gameplay is as simple as it gets. You appear as a pair of arms with a red saber in your right hand and a blue one in your left. Beats, which appear as colored boxes, fly toward you in sync with the song being played in the background. All you need to do is cut the boxes that are coming towards you, matching the direction of the arrow on the box as well as the color of the box itself. Each song lasts two to five minutes.

It feels very satisfying and empowering to feel the controllers vibrating as you slice the beats in half like butter. You feel like a Jedi when you see the beat being cleanly sliced.

Beat Saber may be easy to learn and play, but it’s difficult to master. There are 5 difficulty levels (Easy, Normal, Hard, Expert and Expert ++) that you can try for every mode. I recommend starting at normal and slowly scaling up to expert.At easy and normal you will not be hitting every bit according to the song. You will most likely hit 20% of the beat and the beat comes slowly to you. At higher difficulty you will start playing every single beat. 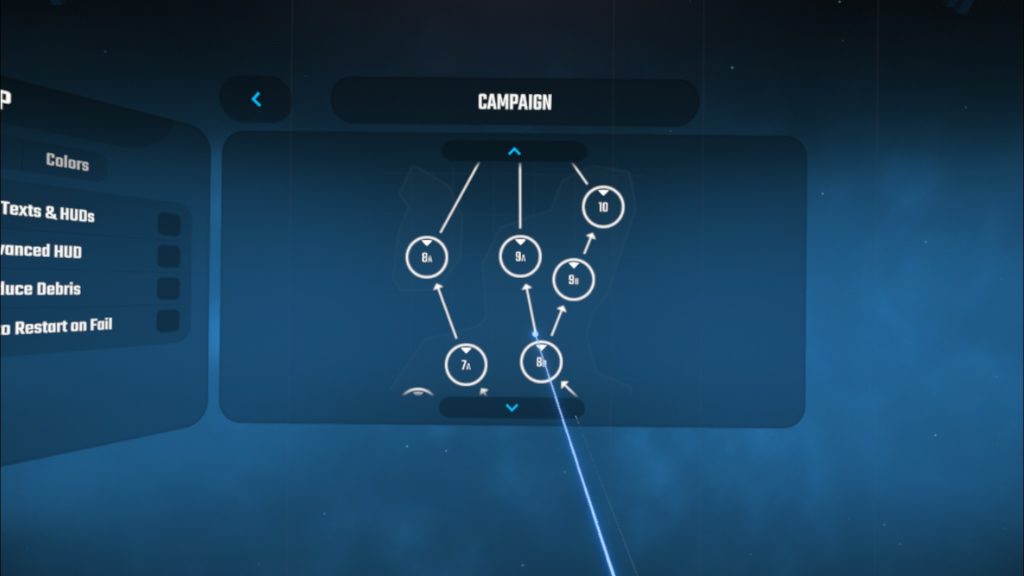 The campaign contains 31 levels. If you are able to complete all of them, you should be able to play most songs on Hard to Expert level.vi It takes about five to eight hours to complete depending on how quickly you adapt to the game.

Each level has certain criteria you to pass the song. However, some levels can be frustrating as they require you to move your hands for a long time without missing more than 5 notes. In fact, Beat Saber can be a cardiovascular workout if played for long hours, as it will require you to swing your arms like a helicopter while squatting and side stepping to avoid virtual walls. 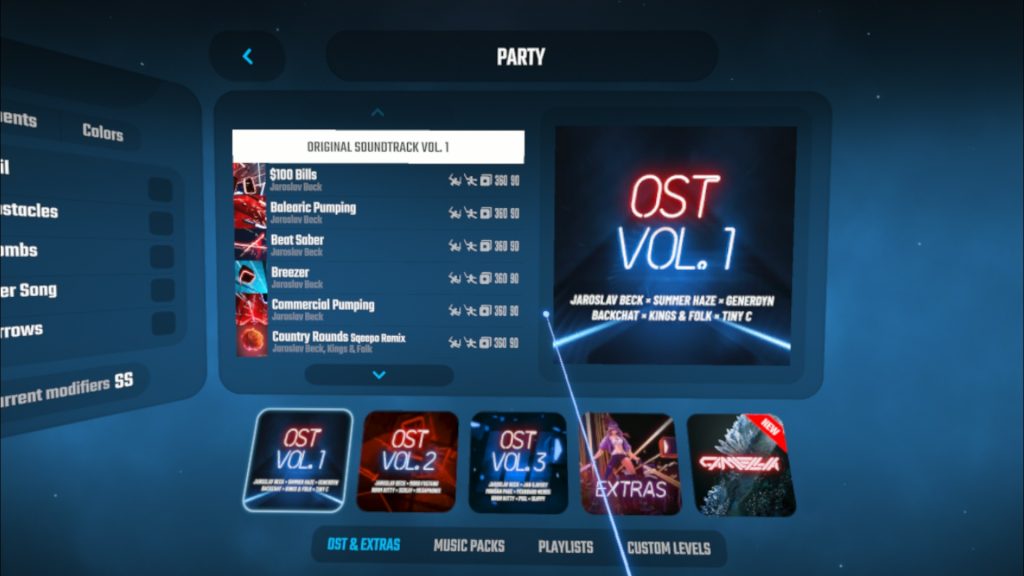 DLC is where you get your new songs for the game. Each DLC drops about five to seven new songs in each release; each song can be purchased individually for $1.99, or they can be bought in a bundle for a cheaper price. Either way, new songs can add up to be very expensive, so I recommend waiting for sales to snatch them up. DLC can be divided into two categories: Beat Saber OST, which includes songs from multiple artists, and Artist Feature packs, which add songs from a single band. Some of these new tracks even contain new gameplay features, such as the Green Day DLC which added a mode where you cut beats at 360 degrees.

While individual mods do not count toward the review score, it is worth noting that, like with any PC game, such add-ons can enhance your experience, and quite significantly in this case. For colorblind players, such as a friend of mine who came over to try the game, Beat Saber is unplayable without a mod, as you are otherwise unable to change the color of the objects on-screen. Some mods can also improve your ability to stream gameplay or to use the game for workouts.

Beat Saber is a great game that you can play by yourself or bring out during a party and challenge your friends to do better than you. This game is definitely worth picking up at the full price of $29.99 while waiting for discounts on stores for the expansions. You will have a blast playing it.

If you have a VR headset, you need to get your hands on this addictively good game.