Blessed are the Peacekeepers 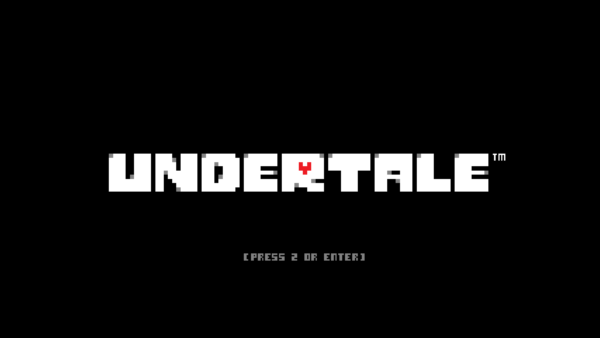 Warning: Spoilers for Undertale Below!

“Blessed are the peacekeepers…” Jesus delivered this phrase during his iconic Sermon on the Mount. Peace is a situation in which little to no fighting occurs between individuals or groups. It has been strived for by many since time began. The Bible has numerous verses dedicated to maintaining peace and avoiding needless conflict. The question is thus: can peace be attained? Can we find a place where we no longer are fighting with each other, and we can get along as God intends for us?

Looking around, our world today is far from being at peace, and there has been no shortage of people taking sides and fighting amongst themselves: Republicans and Democrats, COVID deniers and COVID truthers, the different races of humanity, and the world’s various governments, to name a few. People even fight over trivial matters such as the debates between console choice and soda preferences. Is there no end to the conflict? 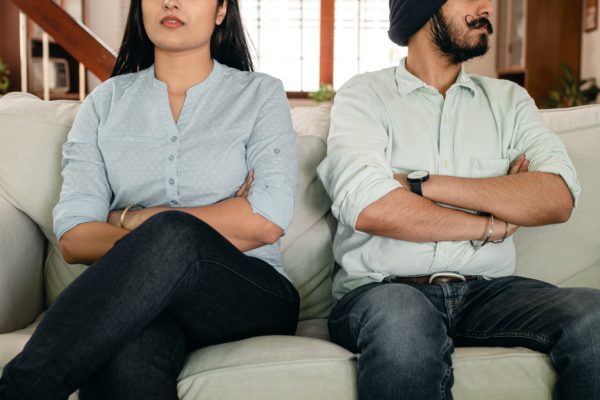 Photo by Ketut Subiyanto from Pexels

Undertale, an indie roleplaying game, showcases how beneficial peacekeeping can be. In this game, a war between humans and monsters caused a separation between the two races, and humans trapped the monsters underground with a magical barrier. One particular human, the main protagonist Frisk, inadvertently fell into a hole in the barrier and found themselves in the monster world. 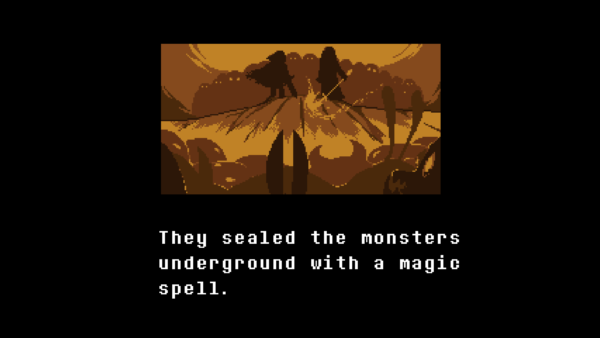 Frisk immediately encounters Flowey, who teaches the player the mechanics of the game. Flowey then also tries to kill Frisk to reap their soul. Toriel, a maternal monster figure and keeper of the ruins, saves Frisk, takes them under her care, and—in contrast to Flowey—encourages them to find peaceful solutions to hostile encounters. From here, Frisk begins their adventure in the monster world. 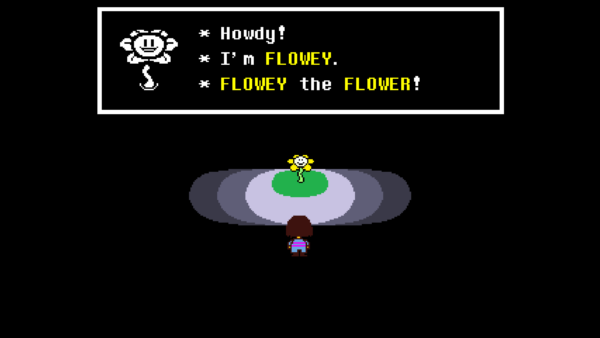 Throughout the game, Frisk must choose between fighting and killing the various monsters they encounter, or sparing their lives. Frisk can even befriend certain key monsters, revealing more of those monsters’ personalities and backstories. Alternatively, Frisk can seek out and destroy every single monster in the realm. These differences lead to three different endings of the game, including a true pacifist ending; this can only be achieved by sparing all the game’s monsters, but by doing this, Frisk acts as a peaceful force in the monster realm and even leads them to the surface to live in harmony with humans. Frisk, in essence, serves as a peacemaker between the two races. 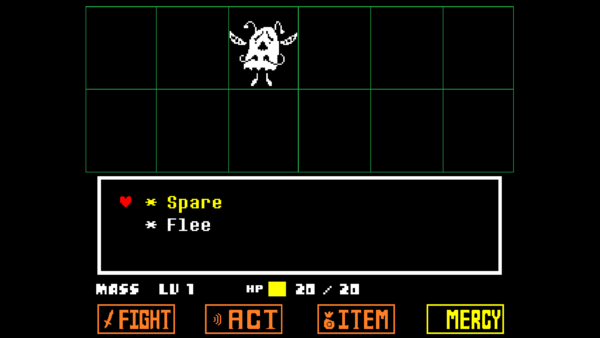 The true pacifist run requires that Frisk spare all encountered monsters and befriend all monsters that are possible to befriend. By doing this, Frisk is a peaceful presence in the monster realm. The story unfolds, and Frisk learns more about each of the significant monsters and their stories. Frisk also finds out a bit about the more minor monsters by sparing them in battle.

Blessed are the peacekeepers, for they will be called the children of God. – Matthew 5:9 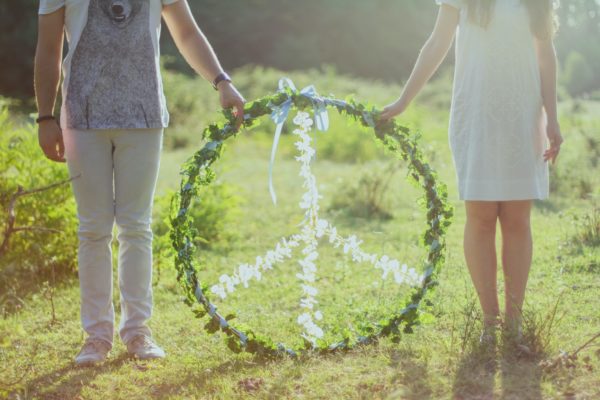 Photo by Anastasiya Lobanovskaya from Pexels

Jesus delivers the above verse as part of the Beatitudes during his Sermon on the Mount. The definition of peacekeepers goes beyond just being peaceful, and includes forging peace between conflicting individuals and groups. Peacekeepers are the ones who thus bring peace to the world.

The Bible contains many verses referencing the need for peace. Many passages are devoted to peace within oneself, such as Philippians 4:6-7, which states:

Do not be anxious about anything but in every situation, by prayer and petition, with thanksgiving, present your requests to God. And the peace of God, which transcends all understanding, will guard your hearts and your minds in Christ Jesus.

A peaceful world starts with a peaceful mindset. How can a person effectively broker peace if they continually harbor conflict within themselves? We must rely on God to fulfill our needs and quell our anxieties. This action is not easy, of course. We must continually come to God with prayer, asking for our needs and unloading our worries on Him. Thus peace becomes a habit within our minds and souls. Verses, like Proverbs 12:20, state that joy comes to those who plan for peace.

As we move outwards from the person, we can form peace between individual people. 1 Peter 3:9-12 states:

Do not repay evil for evil or insult with insult. On the contrary, repay evil with blessing, because to this you were called so that you may inherit a blessing. For, “Whoever would love life and see good days must keep their tongue from evil and their lips from deceitful speech. They must turn from evil and do good; they must seek peace and pursue it. For the eyes of the Lord are on the righteous and His ears are attentive to their prayer, but the face of the Lord is against those who do evil.”

Rise Above the Insults

Being a peacekeeper requires that we do not meet our enemies at their level. If they do evil to us, we must rise above that and do good to them. If they insult us, we must instead give them kind words. The gaming scene has people that would insult others based upon their preferred games, performance in a match, or their choice of console. Don’t fight somebody because they made fun of you for liking Playstation over Xbox. At least, ignore the remark and keep playing. At the very best, be kind to them, do not start a war by insulting them for their preferences.

We can expand this idea outside of gaming as well. One of the largest interpersonal conflicts in this nation results from affiliation with political parties. Members of both the Republican and Democrat parties can be quite hostile to the opposing party. If you live in a mostly Republican area, people view some Democrats with open and overt hostility and vice versa. Christians cannot do this.

We Aren’t So Different After All

Having a difference of opinion on how politicians run the government is OK; differences in upbringing and location naturally affect a person’s feelings on such matters. Hating each other for these opinions, however, is not acceptable. So, as individuals, we must first understand that those who hold opposing viewpoints are humans. Like us, they aren’t going to be correct all the time. Like our opinions, theirs are not perfect either.

Instead, focus on your shared beliefs. It is surprising how much people do agree. As Meowth in Pokémon the First Movie stated: “We do have a lot in common. The same Earth, the same air, the same sky. Maybe if we started looking at what’s the same instead of what’s different…well, who knows.”

Peace, One Step at a Time 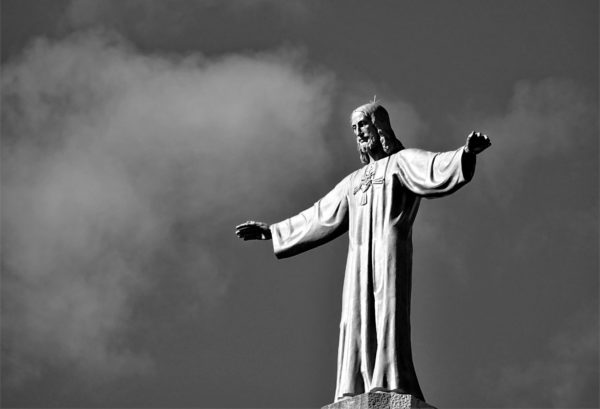 Let’s continue expanding this example. As Christians, God calls us to not only live in peace as it relates to our personal conflicts with others, but to help keep the peace between different groups of people. As difficult as this often seems in today’s society, Christ makes it possible, and Christians can lead the charge in this reconciliation. Starting small and brokering peace between individuals, Christians can continue to make large waves in making peace as this attitude spreads.

Peace between different political parties and cultures is possible if enough people come to the table with understanding and a desire to prevent conflict. While disagreements are inevitable when different people discuss important issues, a posture of cooperation will reduce conflict and allow people from varying backgrounds—such as differing denominations or opposing political parties—to accomplish essential tasks like helping the poor.

Remember, my brothers and sisters, to make a conscious effort toward peace within ourselves and between us, our friends, and our enemies. By creating and keeping the peace, even at just the level of our own lives, we not only benefit ourselves, but we also help those around us. Peace quells anxieties and allows us to come together as the Body of Christ, just as Jesus intended. I pray that all of you are doing well and that you survive this season of tribulation in which the world finds itself. I pray for your safety and well-being in these times, and that all of you will thrive and remain joyful.