Back in the early 1990’s Sega collaborated with Disney to produce a game using the Mickey Mouse License. The result was Castle of Illusion, a platform game that helped cement the Genesis as a rival to the giant that is Nintendo. In 2013 a HD remake of the classic title was made and subsequently removed, only to be reinstated less than a year after its delisting.

The game takes place in a fantasy realm with the key antagonist being a witch.  There are enemies and characters that could be described as possessed magically.

Mickey bounces on enemies and throws projectiles to kill them, there is not blood or gore but it is clear that enemies are killed.

Mickey is a well known positive role model, showing signs of humility and a desire to do what is right, within the game he is portrayed as a caring companion on a quest to save Minnie. 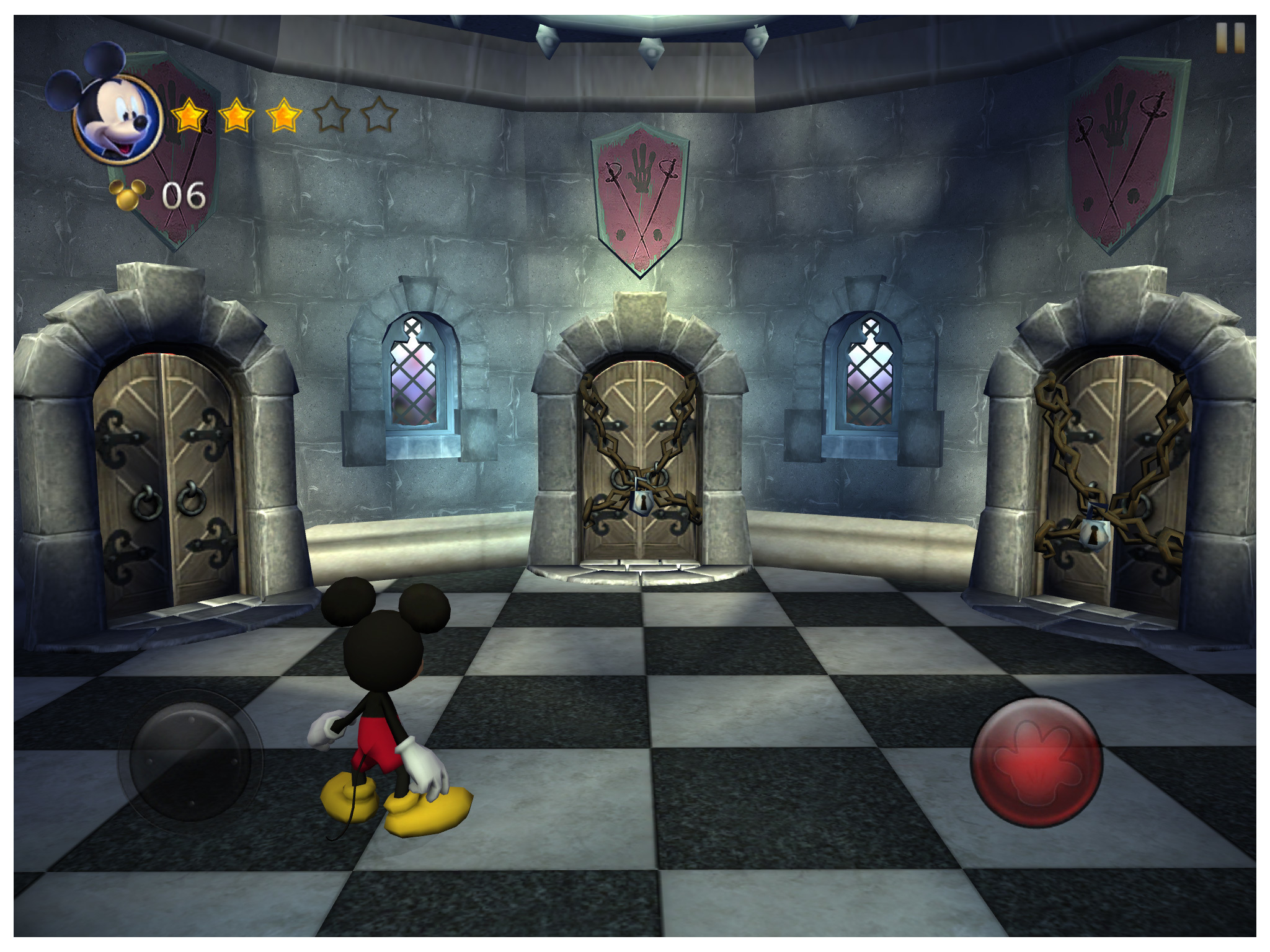 The game starts out the same as in the Genesis classic. Mickey and Minnie are enjoying a romantic picnic, only to be disturbed by Mizrabel. The witch kidnaps Minnie in the hope of using her to make herself beautiful. Our hero chases after her through a mirror of the original’s forest landscape before the castle opens up like never before, creating a more 3D landscape and showing us that this is clearly not a game that simply improves on the graphics of the 16-bit incarnation. The castle itself resembles a similar structure from Sega’s former rival, and like Super Mario 64, it acts as the main hub for each level.

Each level is, thematically, an accurate representation of the originals. But where it differs is the change in perspective. For example, the boulder chasing segment earlier on becomes a 3D chase, boss battles and puzzles pan out to 3D and add extra depth to the platforming levels.  The 3D perspective also makes collectathons a more enjoyable experience as they open up a wide and beautiful world for exploration.  The platforming aspect is very reminiscent of the 90’s games on which they were originally designed. Enemies move and attack with typical patterns, platforms fall away and there are often multiple paths that can be taken. The perspective application also means that 2D platform stages can be wrapped round, for example when climbing the tower, or extended in some way, a simple upgraded ROM this is not. 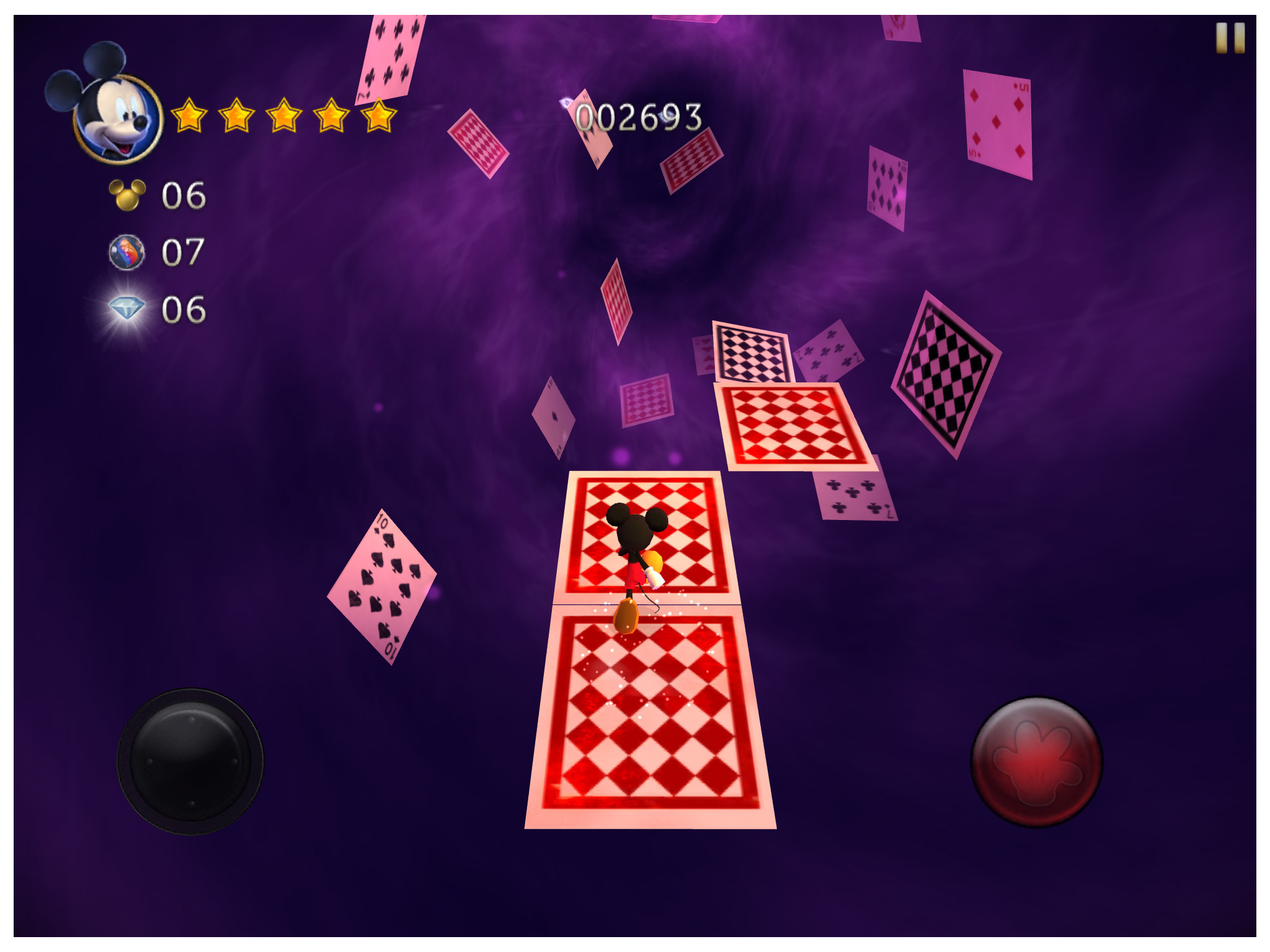 The platforming difficulty is hampered sometimes by the controls which suffer from being designed by the same programmers who worked on the ice worlds of Super Mario Bros. 3. Sliding around at times can make timing jumps difficult while at the same time, the slower jumping animation helps to make the main platforming stages slightly easier. 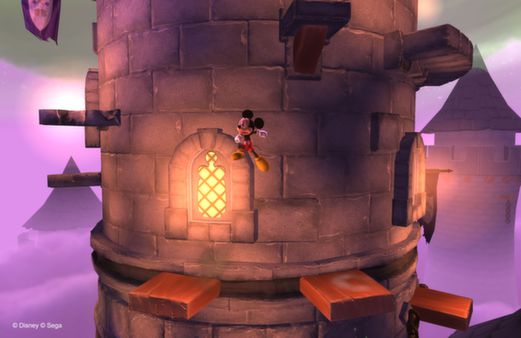 The game is complimented with a beautifully remastered soundtrack from the BAFTA nominated Greg Kirkhope, more recently of Mario and Rabbids fame (the first western composer on a Mario game). But for traditionalists, there is the option to listen to the original 16-bit score. The soundtrack is supported by a new narration, which makes the game have that quality “Disney Storybook” feel. 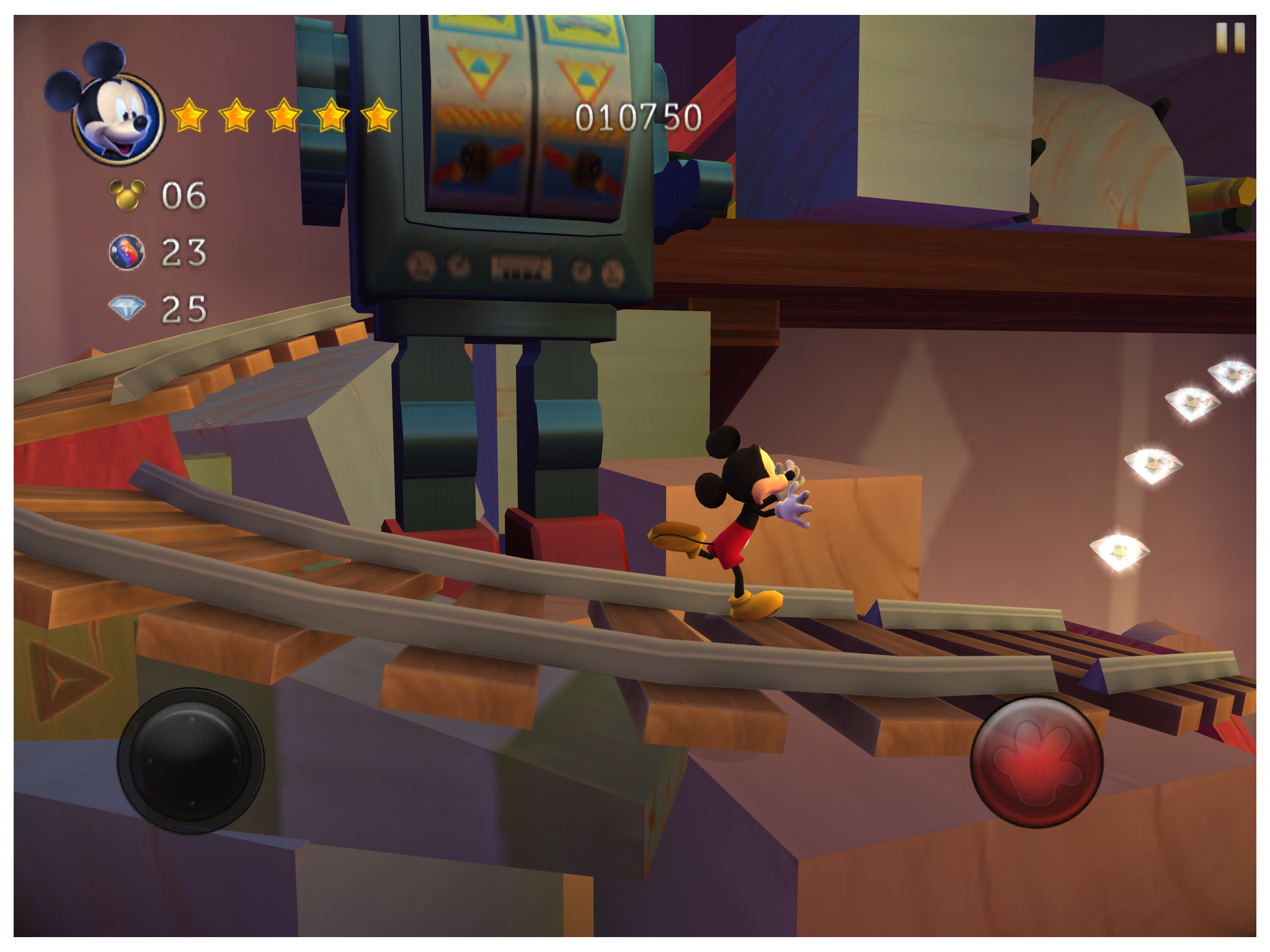 Where the game falls short is it’s length and inconsistent difficulty.  The game itself is quick to complete in terms of the number of levels, each level being split into 3 acts now.  But the levels themselves are quick to work through and even with a completionist run you are looking at a few hours at best.  The game adds an area of lag in each end of level boss.  Each boss has a specific pattern of movement and attacks, typical of the 90’s platformer, and requires around 7 successful hits in order to finish them off.  However, the pattern can change after each attack. There are also times where the difficulty isn’t as consistent and I found myself dying, only to be confronted with an unskippable cut scene.

Overall Castle of Illusion is a wonderful improvement of the 90’s classic. Sega Australia clearly wanted to leave their own mark on the franchise and show what a modern platformer can look like. It is a quick game to complete, but is perfect for those days where all you want is a quick romp through a fantasy world. The flaws don’t make the game unplayable and are no different to other flaws in other remake games. I only hope that SEGA take advantage of their existing license agreements to bring us World of Illusion and even QuackShot. 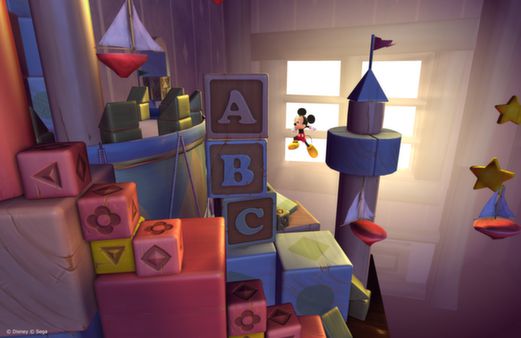 Overall, Castle of Illusion is a wonderful improvement of the 90's classic.  Far from a simple ROM copy with updated sprite work as in other remakes, Sega Australia clearly wanted to leave their own mark on the franchise and show what a modern platformer can look like.  It is a quick game to complete, but is perfect for those days where all you want is a quick romp through a fantasy world