Okay. First off, we must address the issue of the negative reviews and reports of buggy gameplay. All I can speak to is how my play through was. The game was updated with a pretty sizable day-one patch, so I did not experience hardly any of the problems the early reviewers did, and the game is being updated regularly. I will speak to the problems as I talk about the respective categories below. 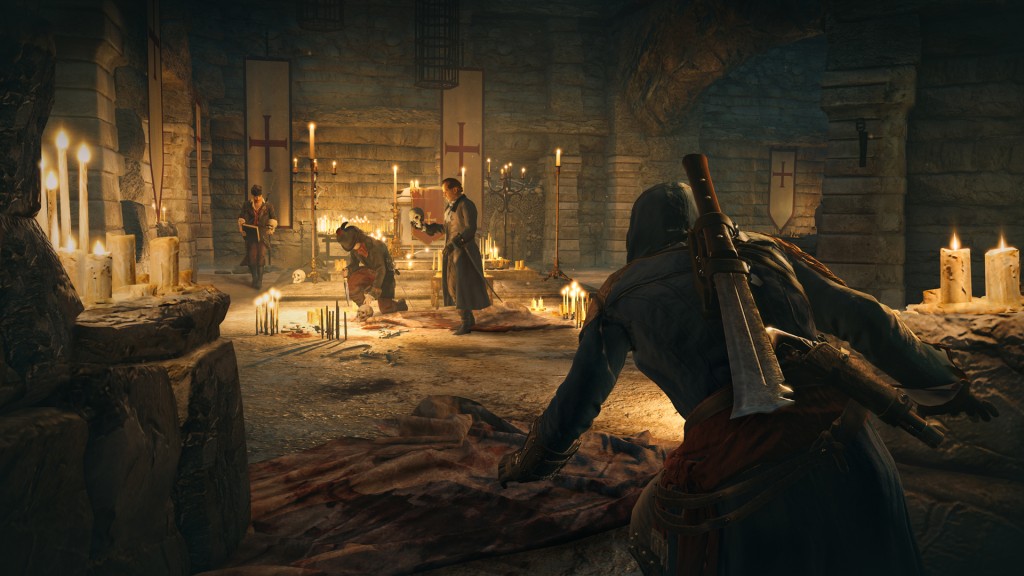 You play as Arno during the french revolution. This is a time of a tenuous truce between the Assassins and the Templars. Arno’s father was killed when he was a small boy, so he was raised by his father’s friend. Time passes, and Arno grows up. While attending a party, the man raising Arno is murdered, and Arno is blamed for his death. An assassin helps him escape from prison and gets him to join the Assassin order. From here, Arno goes on a journey to find his father’s and adoptive father’s murderers.

The story is, in my opinion, very good. It is the best Assassin’s Creed story since the Assassin’s Creed II trilogy. I like how it shows that evil can also be in the Assassin order, yet how the order is ultimately working for the greater good. On the other hand, it weaves into the plot how there can be evil even in those people’s hearts who are working for the side of good. This reminds me about how Christianity is. We can be following Christ but still have evil in our hearts. 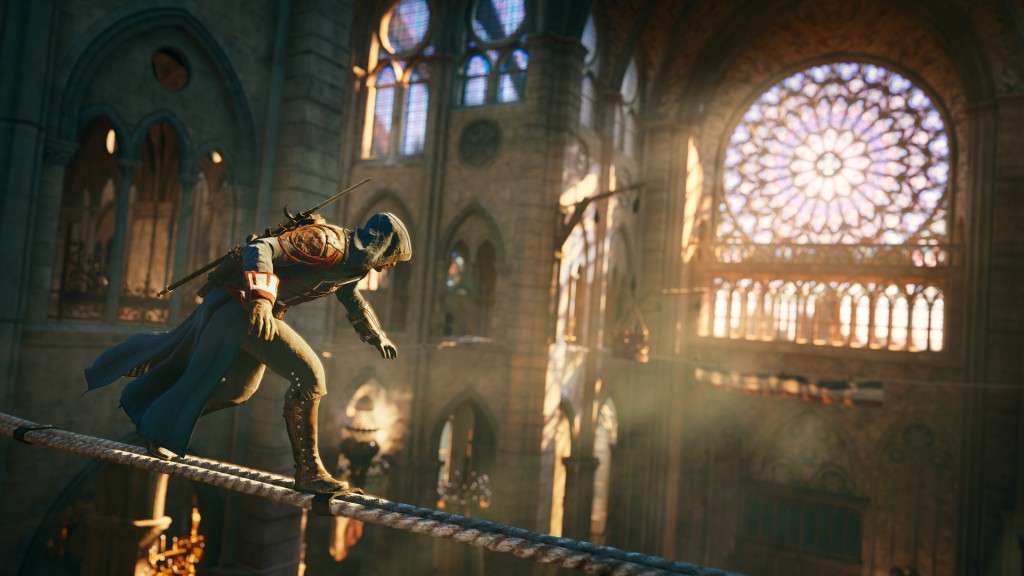 If you have played an Assassin’s Creed game before, you know how the gameplay works. This time a vastly improved descending mechanic is available. Previous Assassin’s Creed games only had an elegant way of climbing and traversing the roof tops of their respective cities. If you wanted to get down you only had a few imperfect options to do so.

You could climb down slowly, dive into a haystack, or jump and hope the landing does not hurt you enough to kill you. Now you can press a different button to make Arno rapidly descend a buildings exterior. This makes traveling so much better, fun and so I would only have to dive into haystacks if I wanted to hide.

Second change comes in the way Arno levels up. All the Assassins abilities are not available to you at the beginning of the game. Instead, you gain skill points when you complete missions. If you want to learn the double assassinations, you can spend the skill points to learn that skill. Skill points are one of four currencies in Unity.

The second form of currency is Assassin’s points. These points are used to upgrade armor and weapons you earn/buy. There is also normal currency. This is used to buy weapons/armor and upgrade the theater. Upgrading the theater is how you can gain currency on a consistent basis.

The last form of currency is the Helix points. This is the one that everyone is up-in-arms about. These are points you can buy with real world money. The sole purpose of these is for you to buy the armor and weapons you want before you have the in-game currency or before they have been unlocked. Now I am not condoning what Ubisoft is doing, but these Helix points are purely optional. All weapons/armor will be unlocked by completing certain missions.

There is online co-op, but I did not play this mode. It has nothing to do with the story of Unity. Though once you enter co-op all the story missions are unlocked, and you can explore the world with a few of your friends. But this mode has also been plagued with dropped connections. 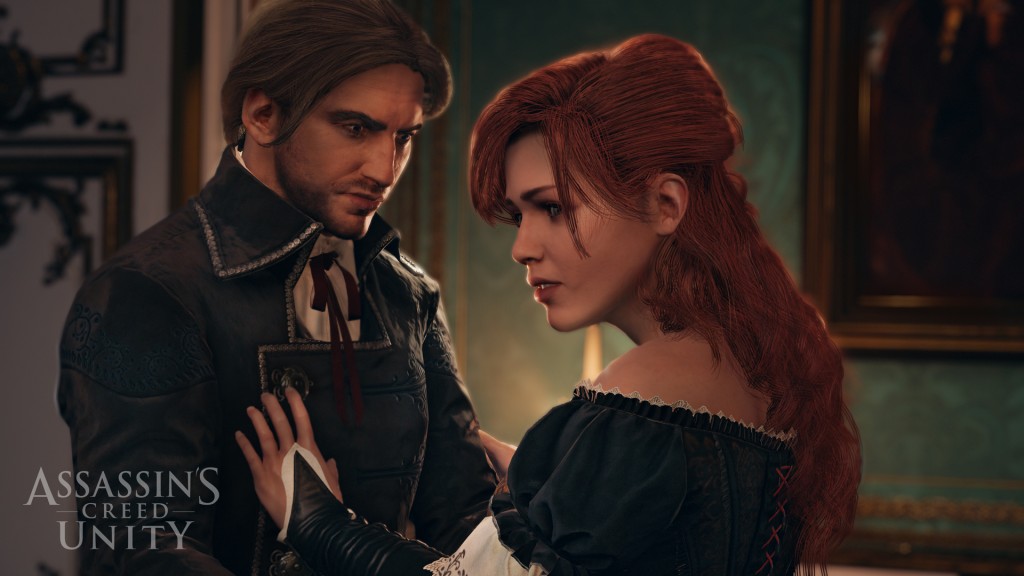 The early reviewers have reported almost unplayable frame rate dips. In my 20+ hours with Assassin’s Creed Unity, I only saw one noticeable frame-rate drop. For me, the game ran very smoothly. At first, I was mad when I heard the developers would lock frame rate to 30fps. But this is all rectified when you see how great the game looks, how many non-player characters are on the screen and how the only load screens come in between cut scenes and gameplay. I am truly amazed at the scope of the size of the world and how, if you don’t trip a cutscene, you will never see a loading screen.

I didn’t experience any of negative things the early reviewers did. In my play through, Arno did not get stuck in haystacks or fall through the world nor did I see weird character models missing their skin. This may have been fixed in the day-one patch.

Early review problems aside, Assassin’s Creed Unity is stunning. There is also the sheer number of characters on screen at one time. It gives a reality to blending into a crowd no other Assassin’s Creed game did before. Once again proving how great this new generation of consoles is.

Assassin’s Creed Unity was fraught with controversy, but I can only speak to my gaming experience. Now, I am not condoning what Ubisoft did with the whole embargo thing. Not allowing the reviewers to speak a word of the issues that plagued the review copy of the game until 12 p.m. of release day was a bad move. With the day-one patch, this speaks to a game that went gold a few weeks too early. I just wish Ubisoft and the early reviewers would have handled the situation better. This has all tainted, what I think, is a very good game. Overall, the game I experienced ran great and was a blast to play.

Despite the controversy, Assassin's Creed Unity is a great game that shows what the new consoles can do. I am really looking forward to seeing what next year's game in the Assassin's Creed franchise entails.